When it comes to behavior, intelligence level, and personality, no other animals are as ‘human-like’ as dogs. Perhaps they are even better than us in some aspects. A Texan police station recently encountered an instance where a dog did something remarkable. It was one fine morning last week when officers at the Odessa Police department received an unexpected visitor. A furry dog suddenly walked through the door and politely placed his paws onto the front desk. It’s as if the dog was trying to tell something to the front desk officer.

At first, the officers thought that the robust-looking doggo was there to apply for a K-9 position. Considering how healthy and vigorous he is, and the enthusiastic look on his face, it’s only logical to assume that idea. However, the officers noticed that the dog didn’t have his ID tag with him. If he dropped his ID tag somewhere, this must mean that the dog is lost. And he was actually there to report himself ‘missing.’ The Texan police station immediately called the Animal Control Agency to check the dog for a microchip. So, they can return him safely to his owner. 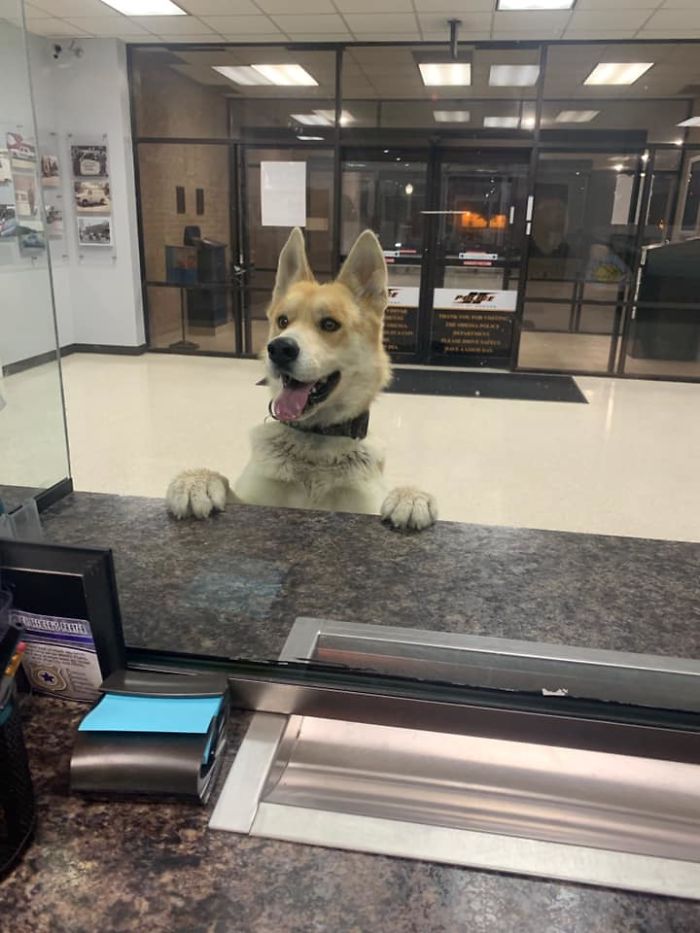 During his stay in the Texan police station, the officers made sure to keep the smart doggo entertained.  They gave him lots of petting and cuddling and even played with him. And the dog also enjoyed playing with the officers in fetching a tennis ball. When the friendly dog had his fill of playtime, he quickly ran out of the station before they could even stop him. He must have thought that it’s already getting late and he needed to go home. So, he quickly sneaked out before animal control arrived. 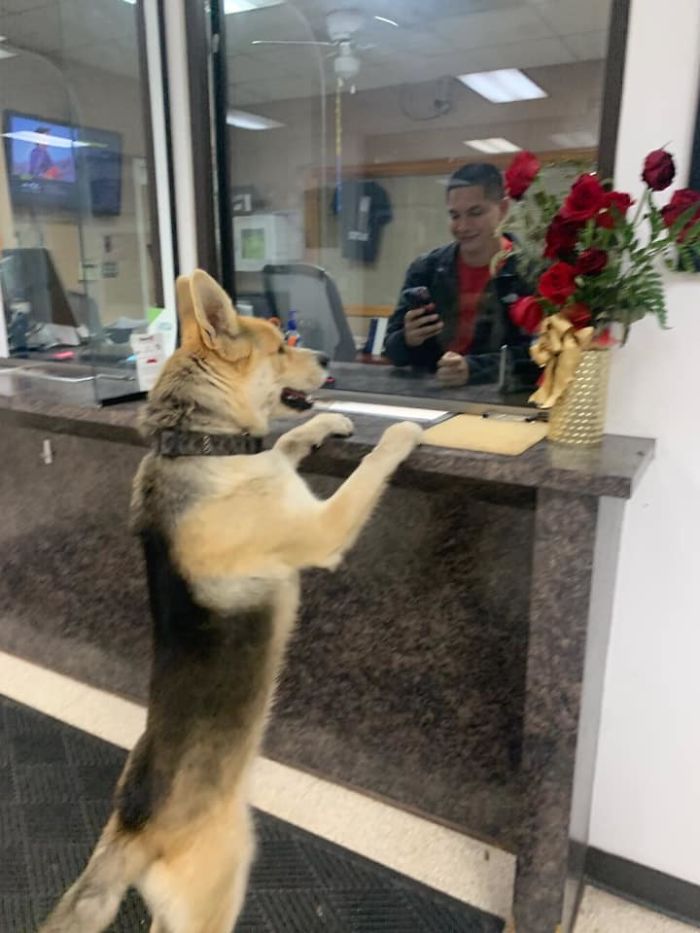 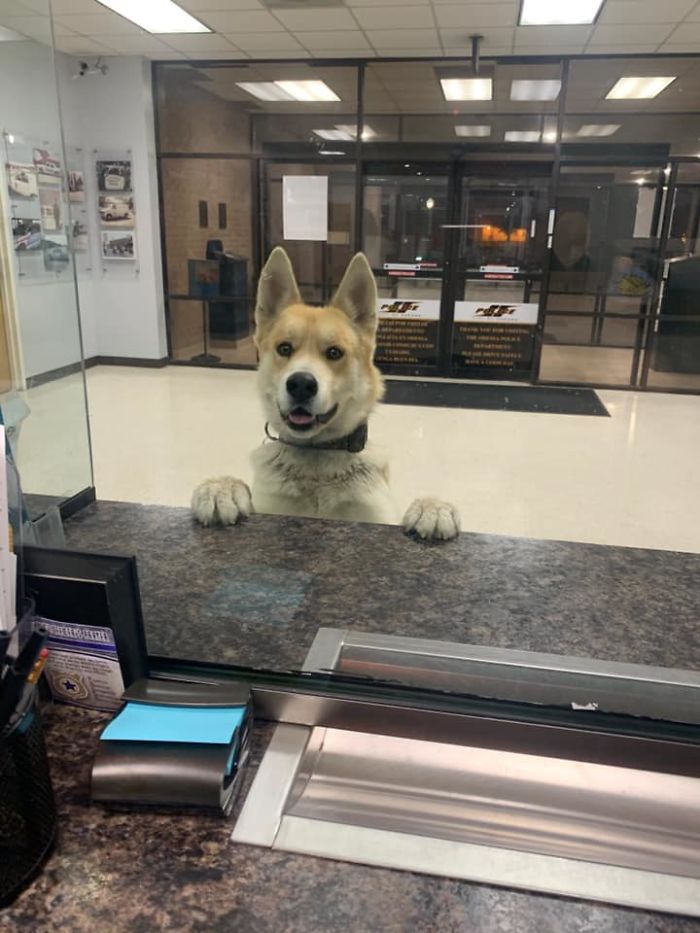 The officers at the Texan police station were finally relieved when they got a call from the dog’s owner the next day. It turned out that Chico, the intelligent Husky and German shepherd mix, headed straight back home when he sneaked out of the police station. They also found out that his home is about a mile from the station. Again, the officers realized that Chico wasn’t there to report himself missing. But rather, he was there to report that his owner was missing. Instead of going into panic mode when he lost his owner, Chico kept his cool and figured out that the best place to go is the police station. What a clever boy! 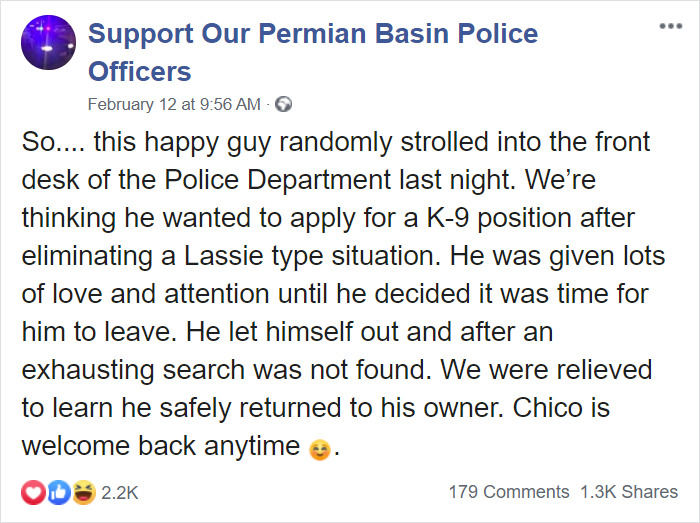 Here’s what people have to say about this smart dog