Flies are essentially a major nuisance. Unfortunately, as the summer kicks in, the warm weather also brings with it some pesky pests. Luckily, electric swatters are now a thing, and they’ve been undeniably helpful in getting rid of these unwelcome guests. However, not everyone has the patience, let alone time, to hunt down these buzzy insects.

So, when a woman shared a simple yet brilliant hack to keep houseflies at bay, it generated buzz in an instant. Debbie Whitehead took to the Facebook group Hinch Army Cleaning Tips to share her nifty little trick. Apparently, all it takes to prevent these insects from invading your home, especially your kitchen, are three common household items. A clear plastic bag, water and some coins. 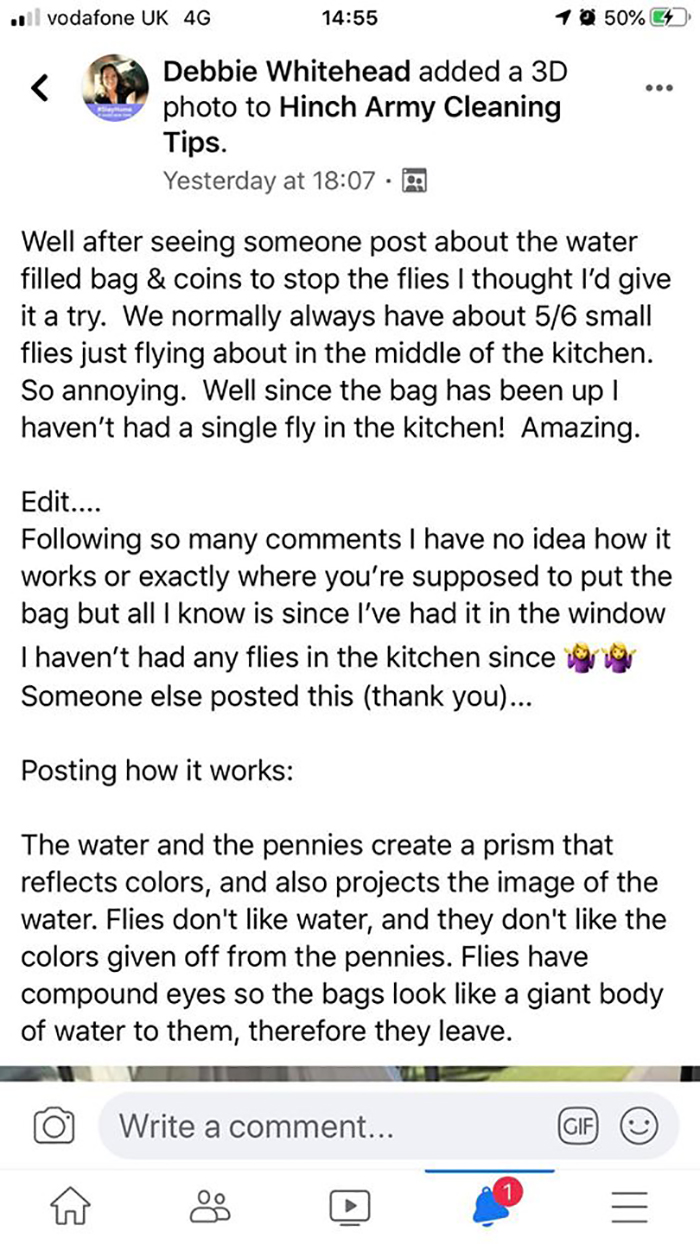 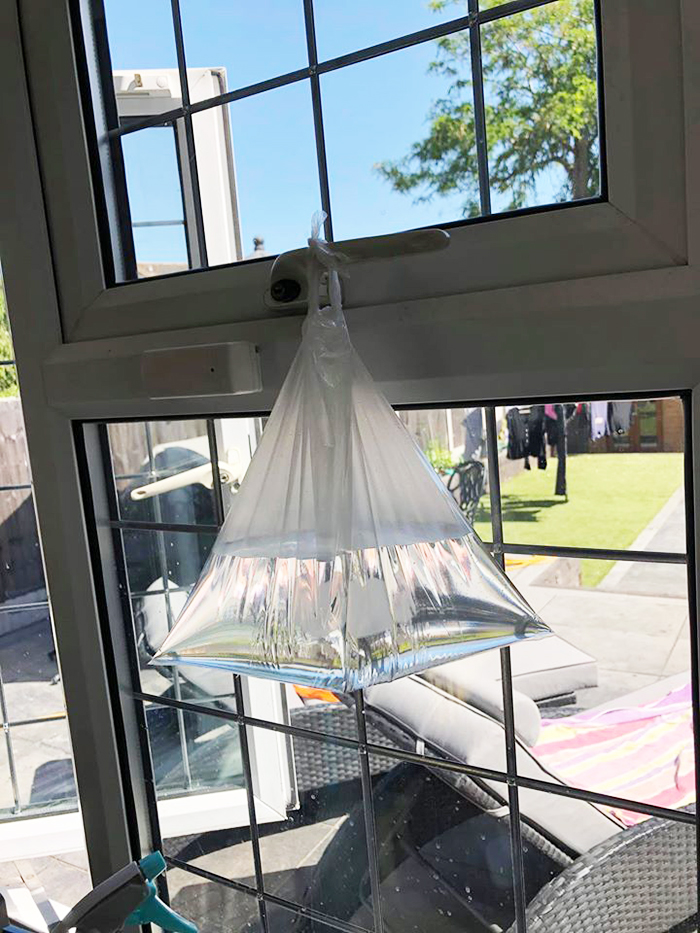 In her post, Whitehead included a photo of the actual setup of her dandy housefly deterrent. The photo featured a plastic bag—halfway filled with water with a few coins inside—hanging from her kitchen window. It turns out that Whitehead learned the trick from someone else as well, which she also stated in her post. According to her, she decided to give it a try after growing tired of the annoying houseflies in their kitchen. So far, her newly learned hack has proven to be effective.

“Well, since the bag has been up, I haven’t had a single fly in the kitchen! Amazing.”

Her post instantly went viral, leaving several group members clueless, and curious at the same time, about how it works. So, she did her own research to shed light on the matter. She explained, “The water and the pennies create a prism that reflects colors, and also projects the image of the water.” As it turns out, these buzzy pests don’t like the sight of water and their “compound eyes” make the bag look like a big body of water, leaving them no choice but to leave.

Whitehead’s post has left many members of the group eager to try her ingenious hack on their own. One user commented, “This is amazing. I’m going to give it a go.” Another attested to the effectiveness of the hack and said, “This trick also works outdoors. I hang one on my balcony and the flies are gone.”

Well, who would have thought? If only Walter White and Jesse Pinkman from Breaking Bad had known of this hack, they wouldn’t have spent an entire episode getting rid of a single housefly. How about you, have you tried this witty hack? Let us know how it went in the comments section below!