Home » Wow » Interesting Things That Were Found On Google Maps

Interesting Things That Were Found On Google Maps

Google Maps is an undeniably useful tool that has more capabilities than just finding out directions. Many people enjoy browsing the virtual globe for various things. Occasionally, people have stumbled across unexpected, and sometimes inexplicable, sights. Here we have a collection of interesting things that were found on Google Maps! There are some really cool images here, we love the effort that went into the Coca Cola one! Take a look!

Interesting Things That Were Found On Google Maps

Back in 2009, two neighbors started quarreling. One of them decided to mow ‘a hole’ with an arrow pointing towards the enemy! 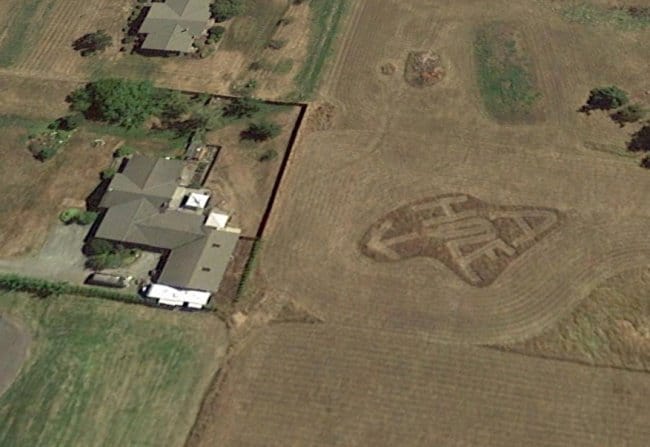 This awesome shot shows a large collection of over 200 airplanes at an aeronautical museum. Visitors can walk around and check out the planes! 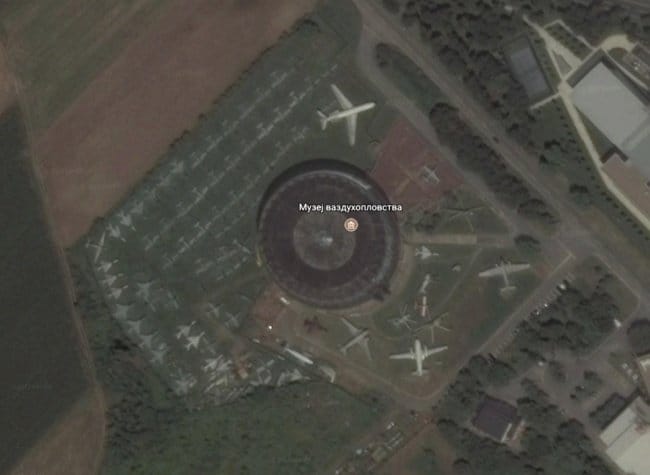 This alien looking creature is approximately 9,000 years old! It is located in the driest place on the planet, the Atacama desert. Some people say the figure is a divine cat who came from another world… 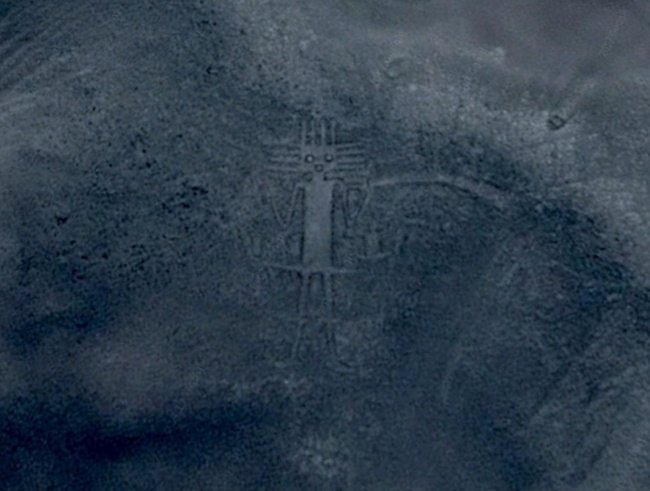 To celebrate their 100th anniversary, Coca Cola recreated their logo on the slope of a mountain in Chile using 70,000 empty coke bottles! 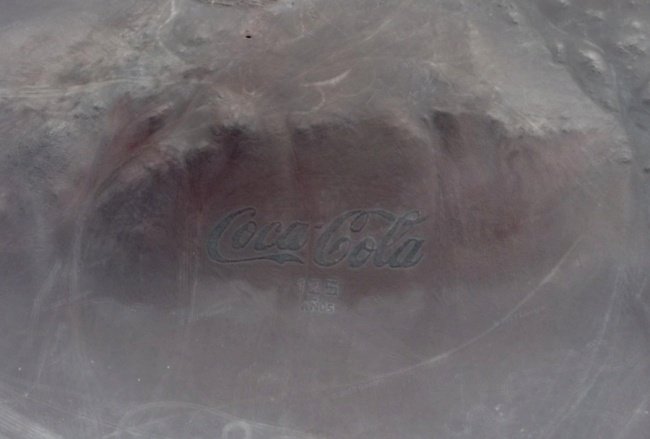 At first glance, you might think this isn’t real. But in reality, the cruise ship you see is actually a shopping center in Hong Kong! 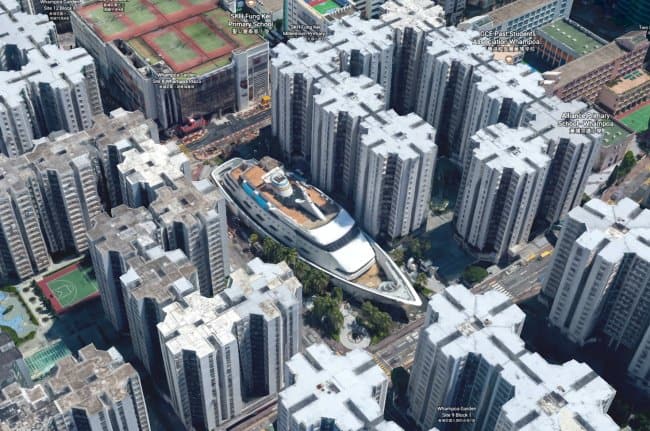 This giant flag is painted on to a slope of the Kyrenia mountains. The writing next to the flag reads ‘how happy is the one who says I am a Turk’, a phrase taken from the a speech given by Mustafa Kemal Ataturk on the 10th anniversary of the Republic of Turkey. 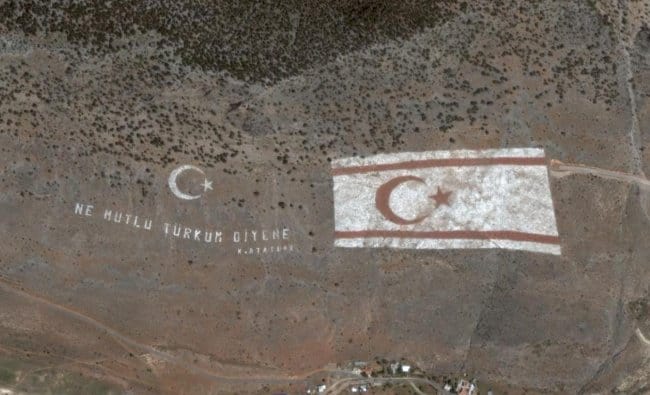 This footprint maze is situated in a village near the county of Hampshire, England. It is the longest maze in the country (377 ft). 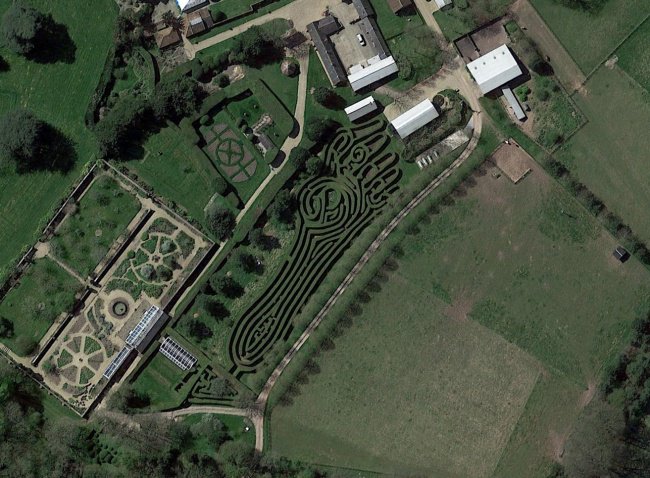 This image was taken showing the shore of Whitstable, Kent. It went viral due to its likeness to a giant crab. It was dubbed ‘Crabzilla’.

You are looking at Gulliver park in Valencia, Spain. The playground has many slides, secret passages and tons of other fun stuff! 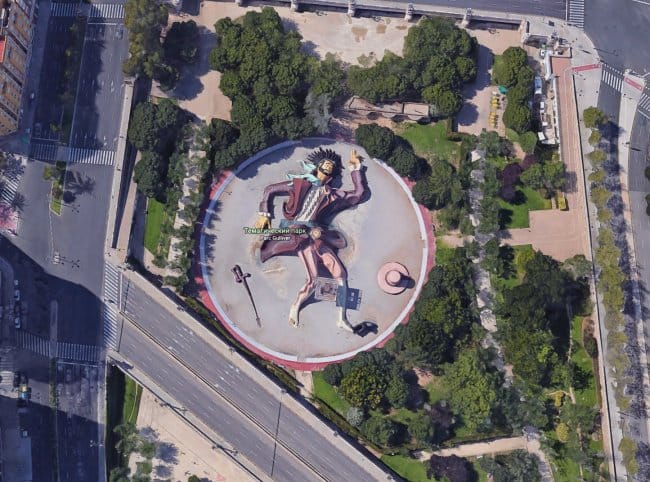 This pyramid looking structure was found hidden in the snow of Antarctica. Some people believe it is the legacy of an ancient civilization, though there are a few other theories. 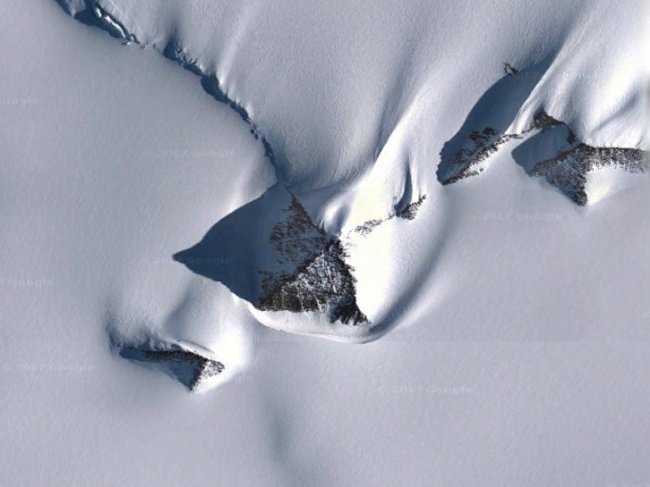 This cool image shows a small village in Niger. The local people extract salt from ponds full of mud. Each pond is filled with water and a special clay containing salt is placed. The salt water is then drained and filtered leaving salt crystals as the water evaporates. 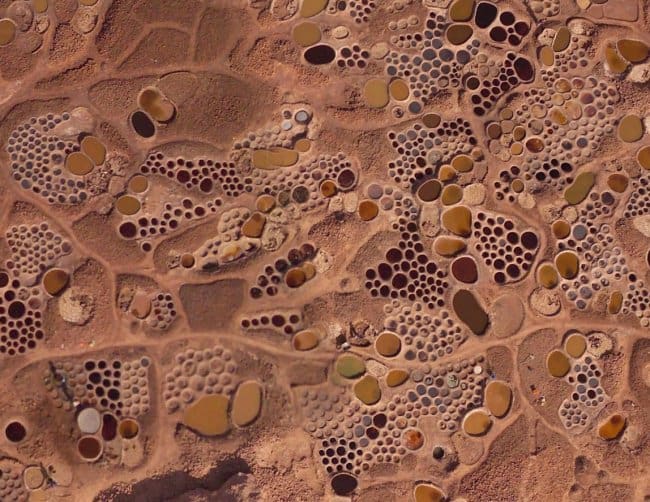 Some scientists believe that the separation of Antarctica and South America was caused by a huge meteorite that hit earth. 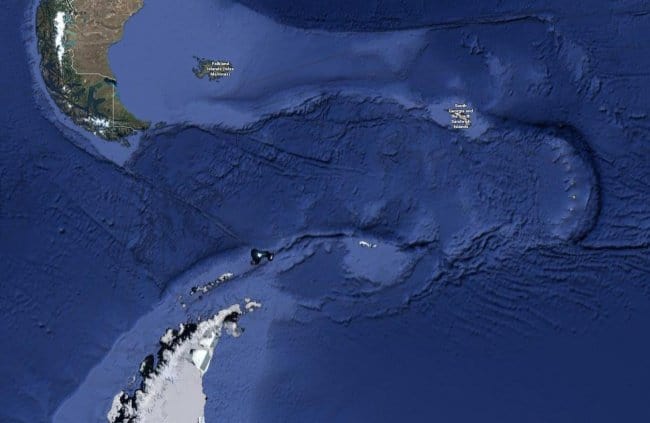 This alien spaceship is a local attraction in Texas called Futuro House. It was designed by a Finnish architect called Matti Suuronen in the 1960s. 30 of the houses exist in different parts of the world. 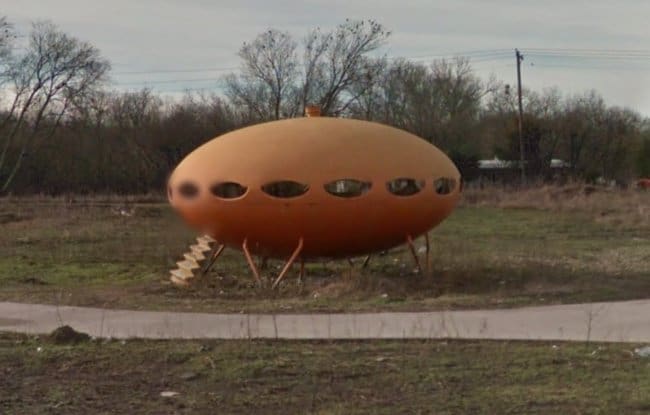 This guy is situated on the Australian gold coast. He is visible even from space! The waving man is actually a floating pontoon for children. 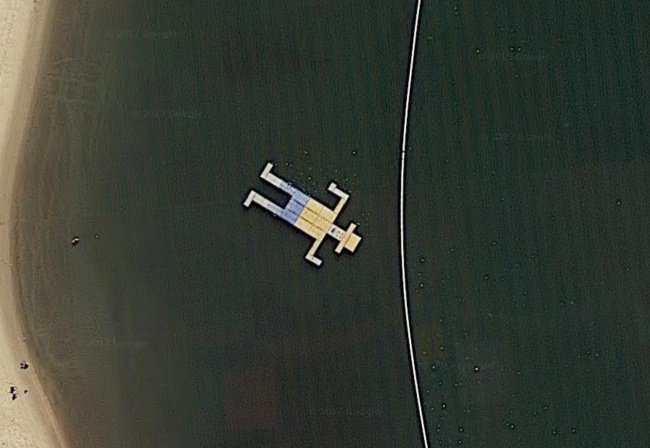 Google Maps has become one of the go-to resources for anyone looking for a specific and unfamiliar address. However, once you find what you’re searching for, it’s possible to fall down the rabbit hole and spend hours upon hours looking for weird places. You never know what you might find! Whether you’re interested in locations that are unusual, scary or weird, whiling away an hour or two on Google Maps usually satisfies your curiosity. Take a look at these peculiar images found via the site and let us know in the comments if you’ve ever seen anything notable there.

The Wadi us-Salaam graveyard in Iraq is huge. 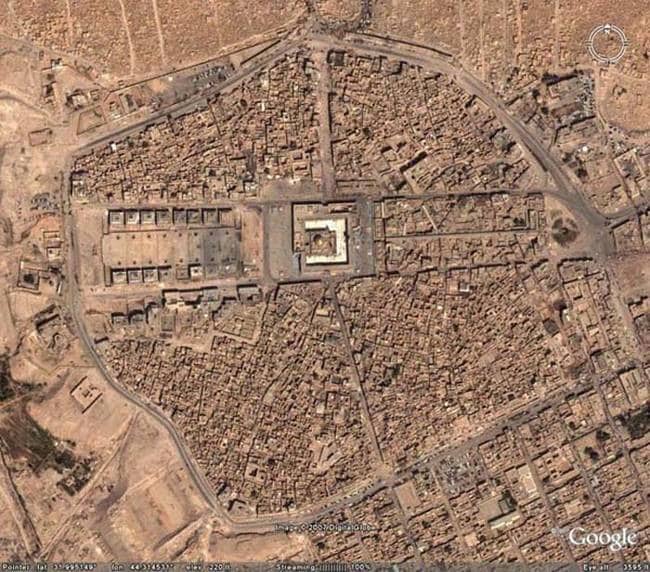 An abandoned movie theater in the Sinai Desert? 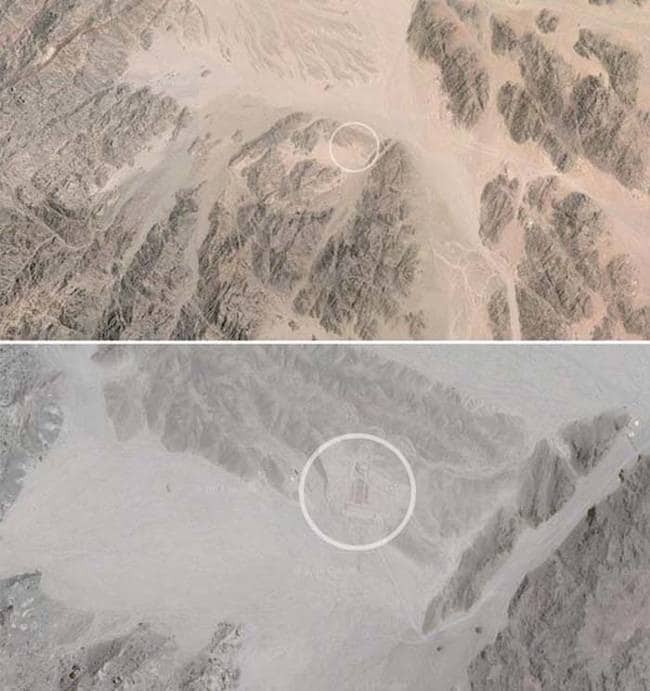 This wake in a bay in New Zealand looks like a sea snake. 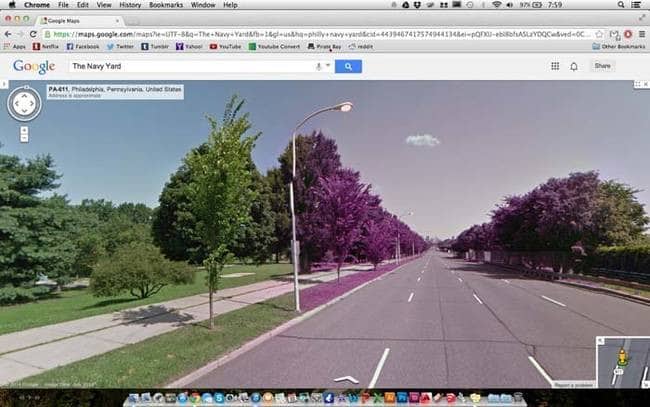 A man with a cat on his head. 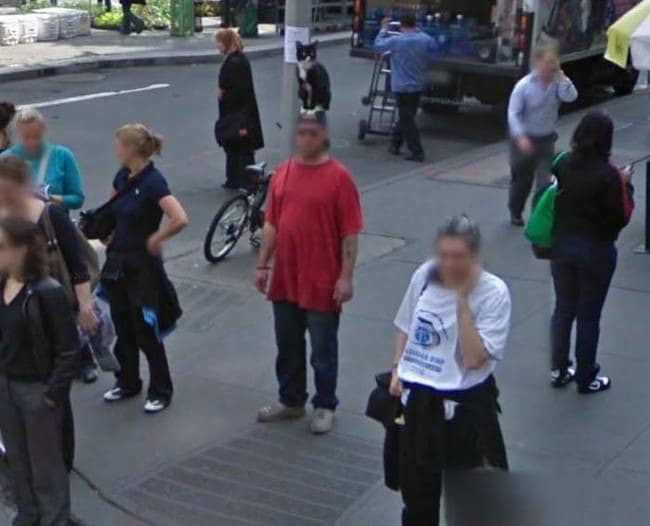 This must have been a glitch! 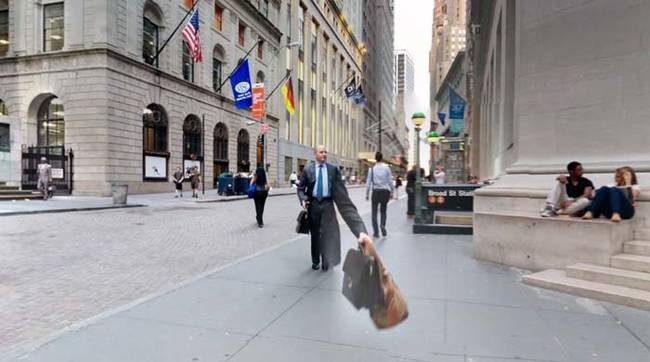 Is this an alien on the Moon? 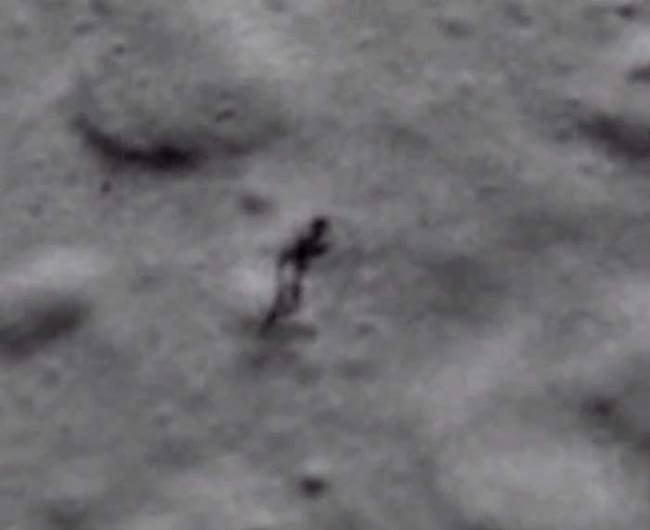 If only real life planes looked like the one in this glitchy image! 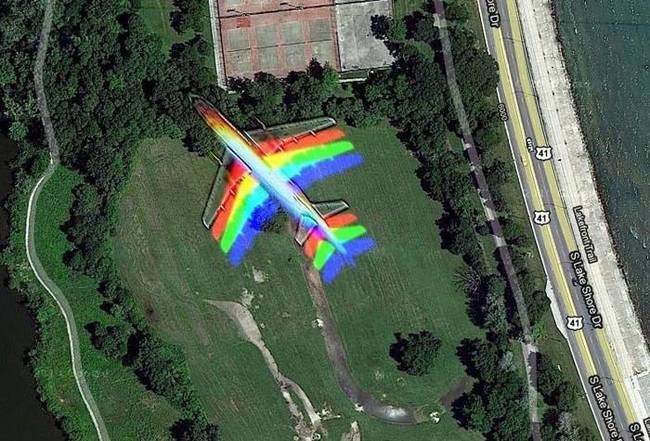 How unsettling is this? 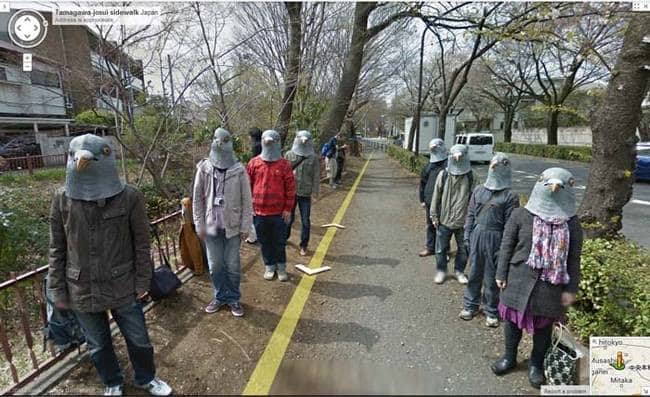 He doesn’t look so impressed with the Google Map car!

A futuristic car on a regular street. 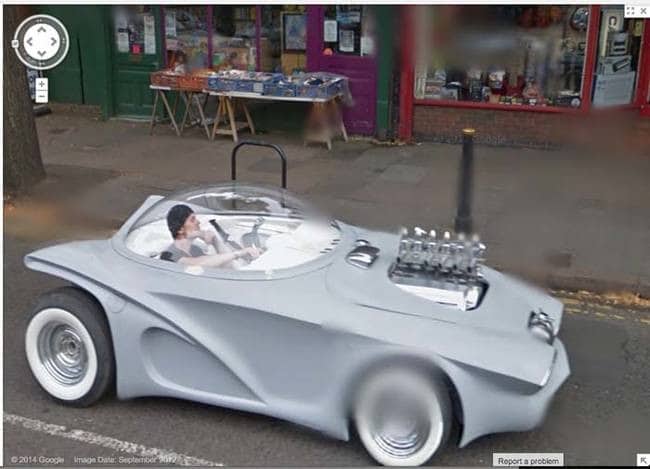 If you look closely, there’s a hidden message on this island that reads “Eat me.” 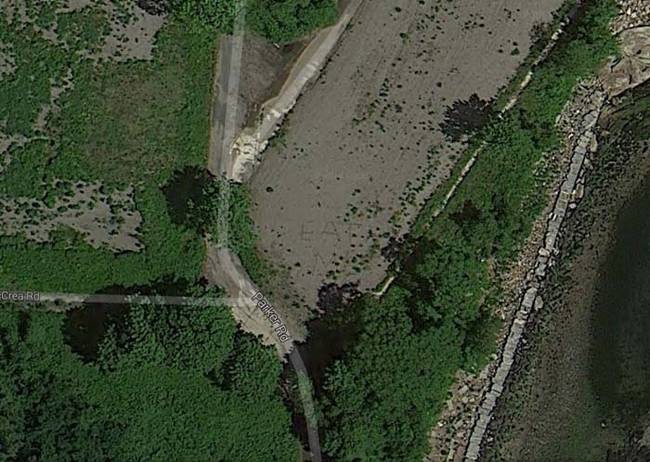 Google Maps employees get hungry too! 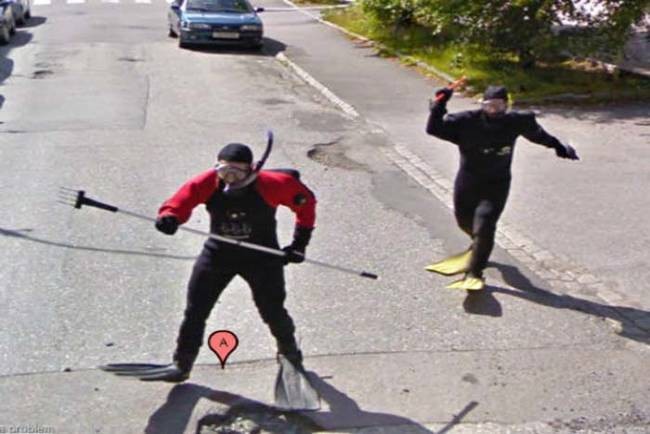