Home » Uncategorized » Heartwarming Pictures That Will Restore Your Faith In Humanity

Heartwarming Pictures That Will Restore Your Faith In Humanity

We saw awful things happening around us all the time. Sometimes on the news, and sometimes first-hand. Because of things, we tend to forget that life is beautiful. We also forget that people are not all that bad. And there are heartwarming pictures to prove that.

This list will remind you that even though life is hard, there are things that could make you smile. Here we have heartwarming pictures that will restore your faith in humanity.

Anthony Borges, 15, used his body to hold a classroom door to protect 20 other students from a gunman during the Florida shooting. The Gunman fired through the door that hit Anthony five times. Wishing him a speedy recovery. 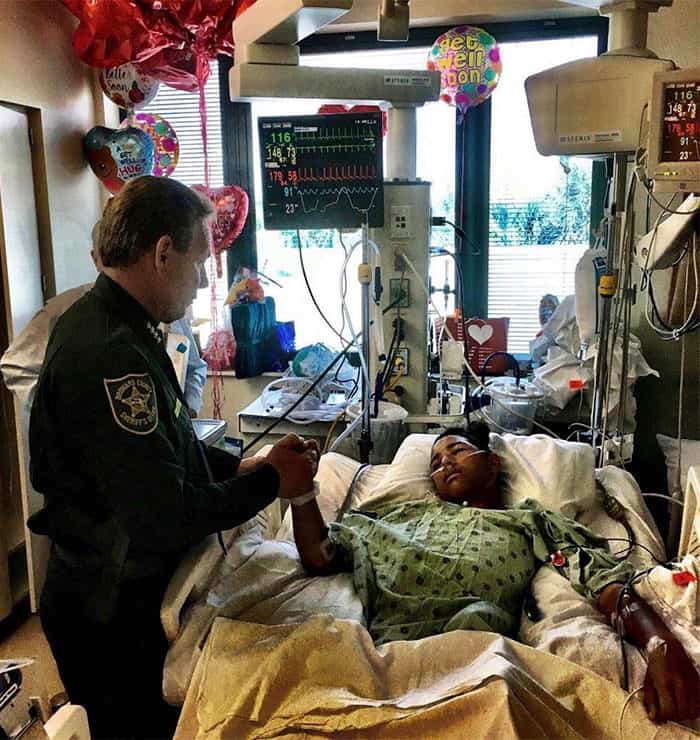 In Kenya, this man drives hours to in drought to give water to thirsty wild animals.

This photo of firefighters putting out a Mexican fire. 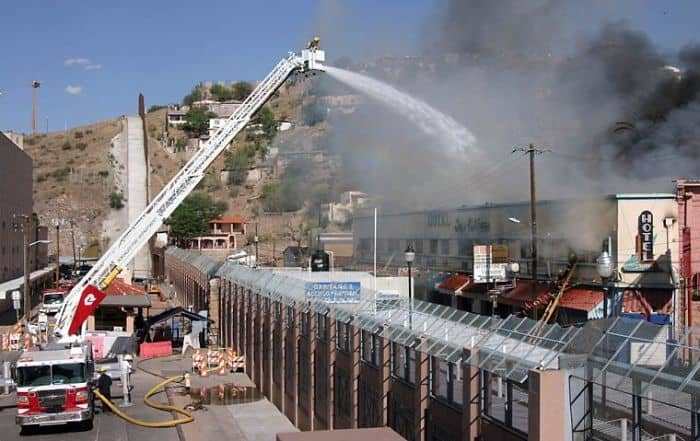 This photo of Brian, a retired gentleman from Dublin who spent his evenings making 50 tubs of curry for homeless people. He lives on a pension and pays for everything himself. 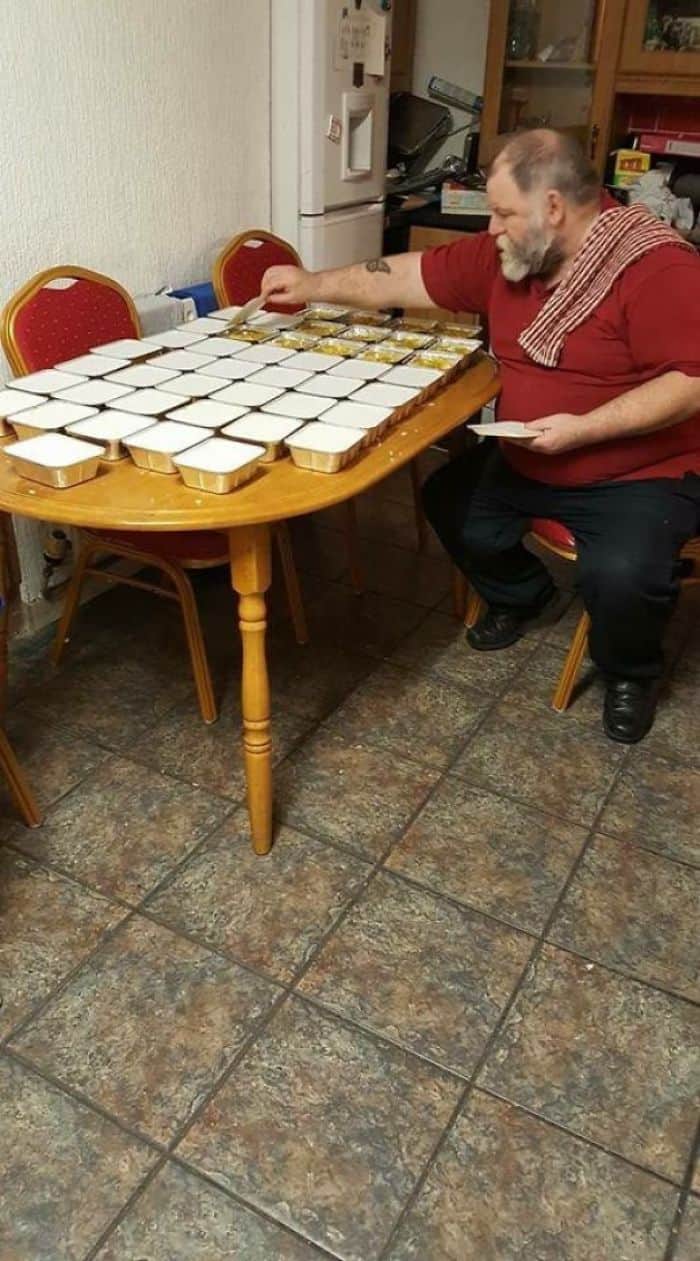 Two strangers. This old man helping out a young man who was having problems with his tie. 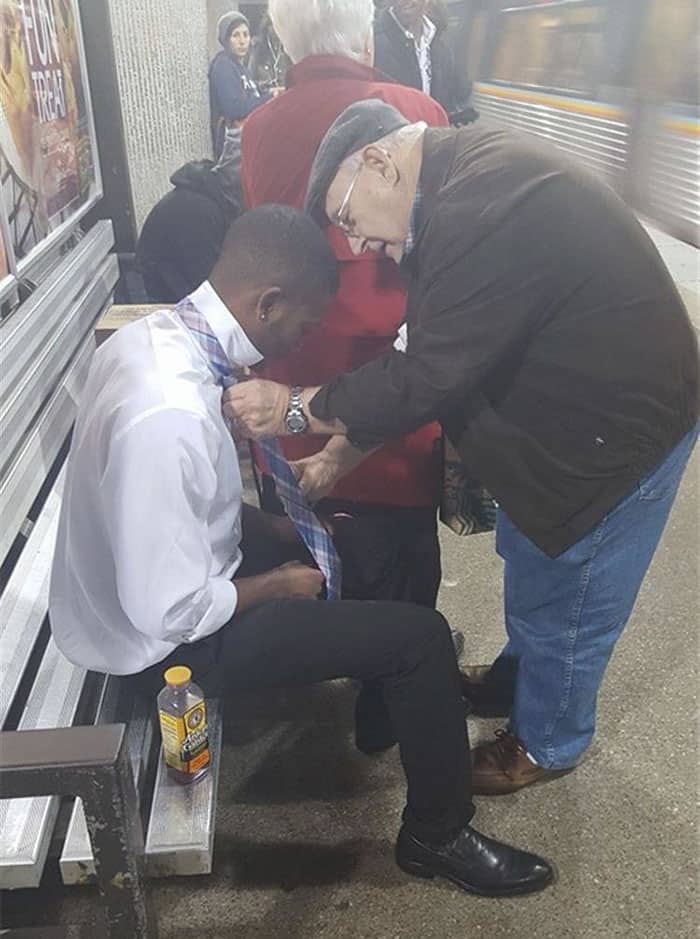 Comedian Josh Johnson when he was on The Tonight Show.

When this nurse gets a pleasant surprise who was ready to bend down and hug her former paralyzed from the waist down patient:

In Barbados, when you reach 100 years old, you get a stamp in your honor. 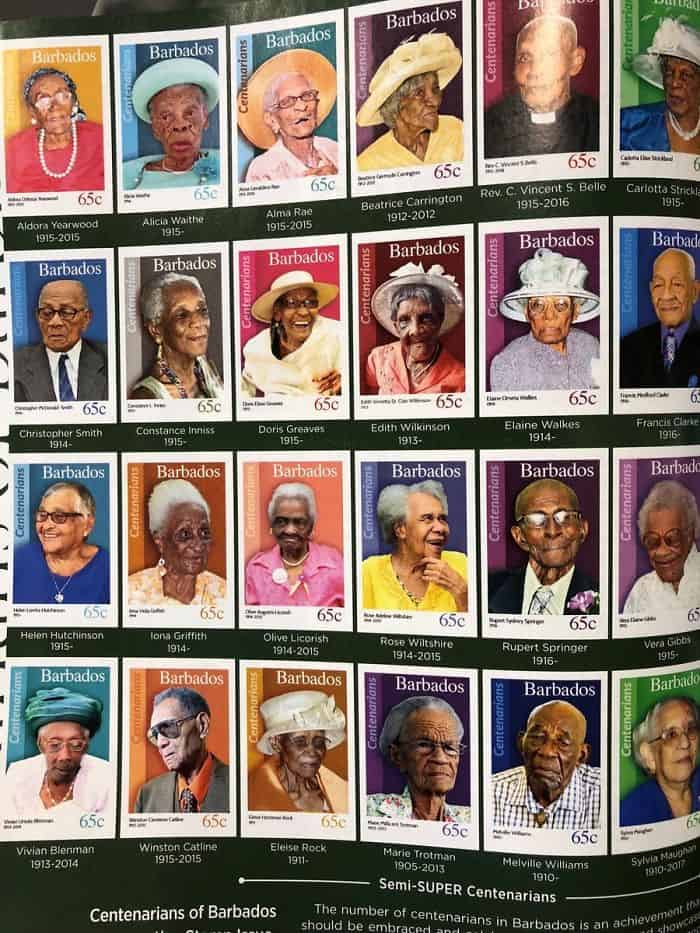 “A Breakfast With Dads” program at a middle school invited several dads. However, because many dads couldn’t come and other students didn’t have father figures, the school posted a request on Facebook for 50 volunteer fathers. Over 600 fathers from different backgrounds turned up. 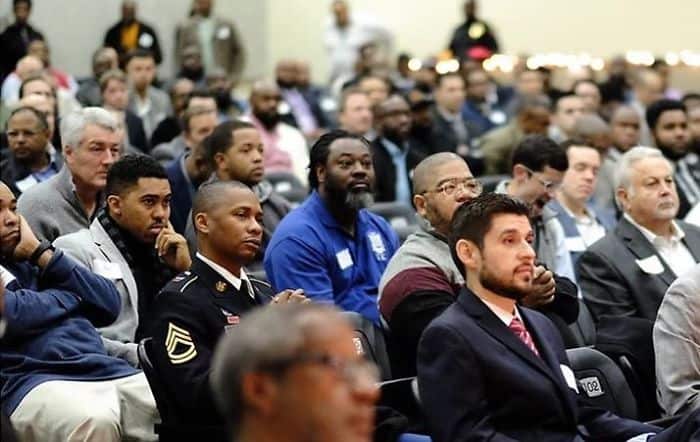 A father places bird food in their yard for her wife to wake up to this view every morning. 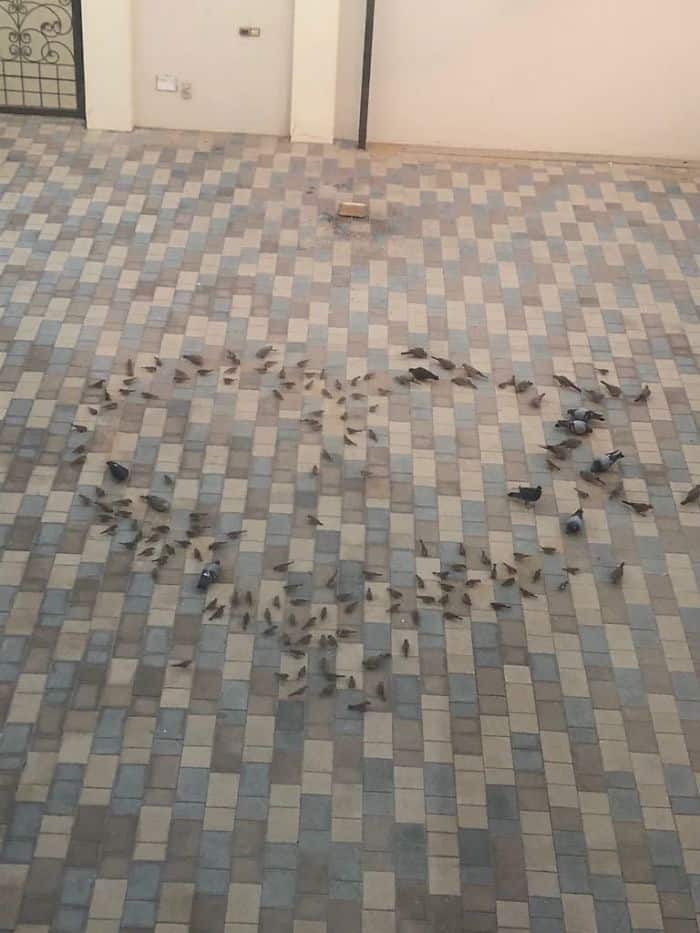 When the manager of a supermarket noticed an old lady reading books all the time so he put a bench for her. 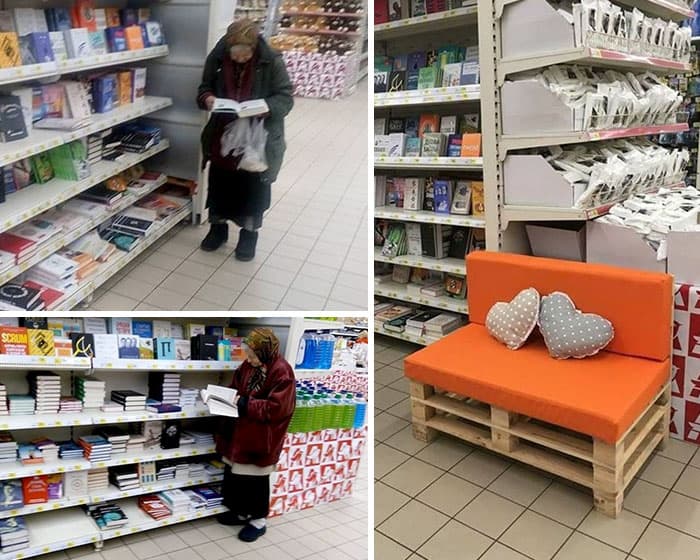 Ten years ago, the bride’s father passed away. The father’s heart was donated and the recipient of his heart walked the bride down the aisle. 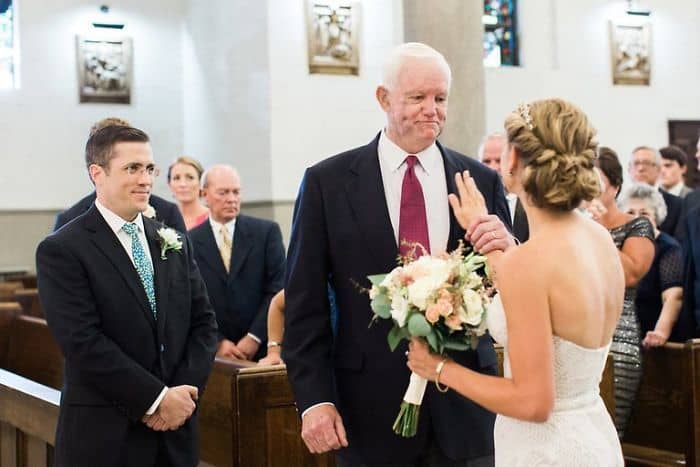 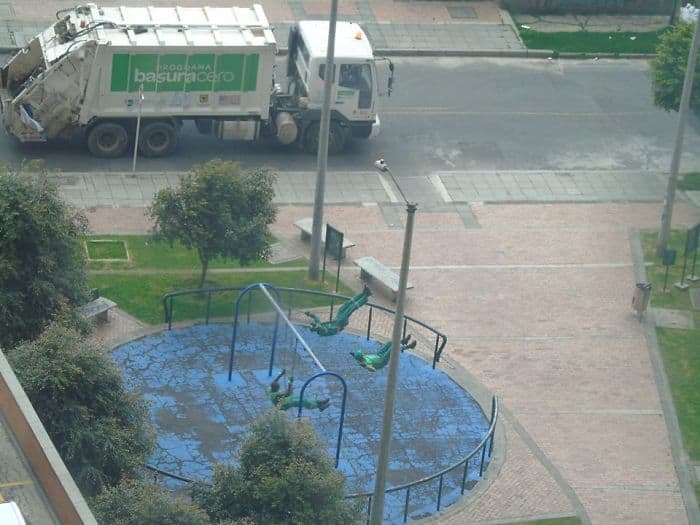 “Life gave me the gift of you.” — this stepmom’s vows for the marine’s 4-year old son.

When the news came that the adoption went through:

When this man was trying to commit suicide and people were holding on to him: 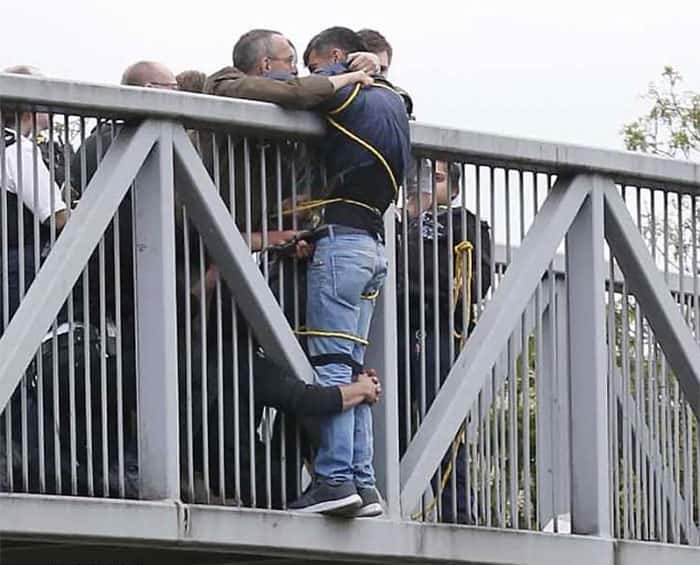 This beautiful man beaming with joy while talking to his wife. The guy who took this photo asked if it was a video call. The man said, “No, but I see her name on the screen”. 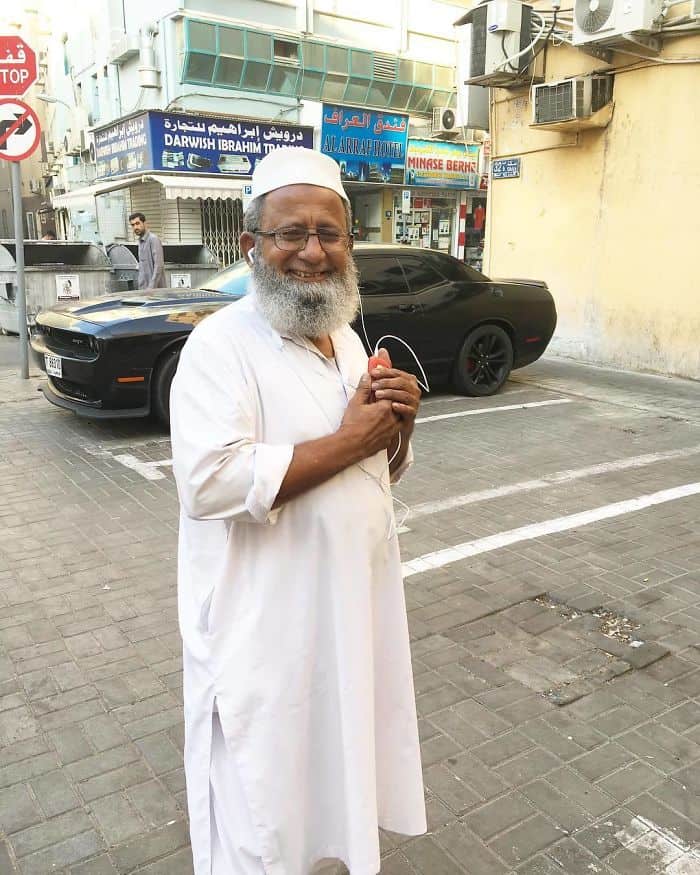 When your neighbor appreciates your music: 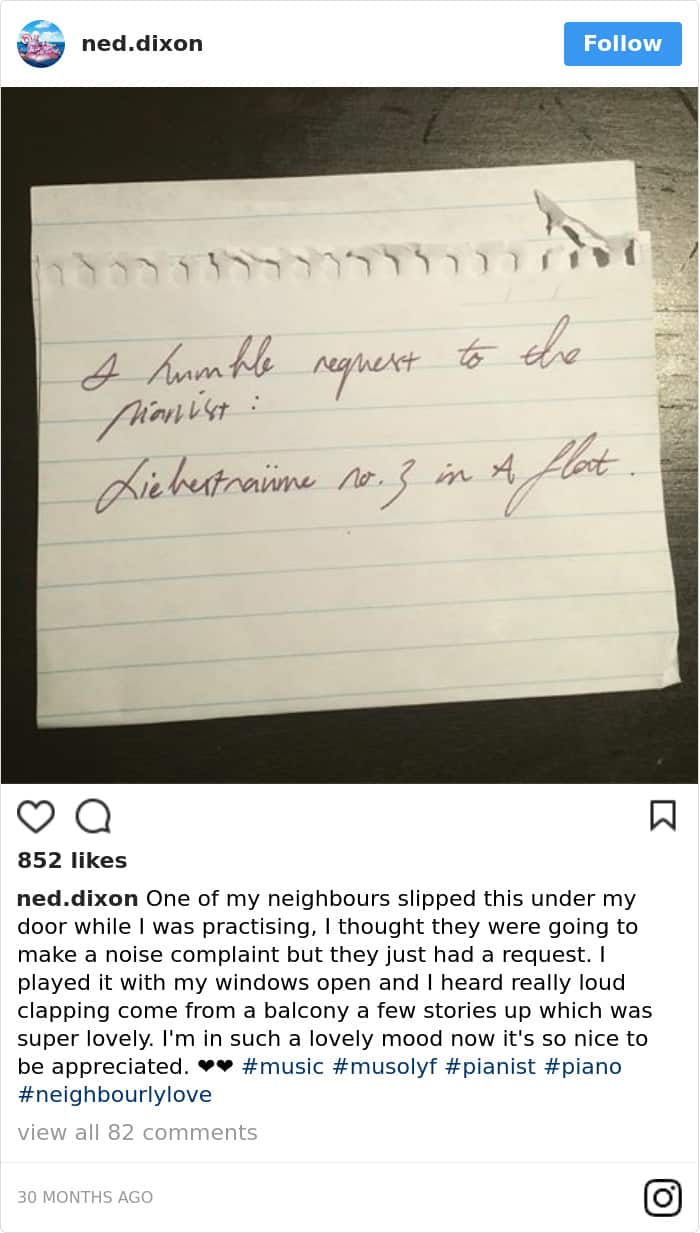 This guy at a coffee shop looking up vet services for an injured sparrow he found. 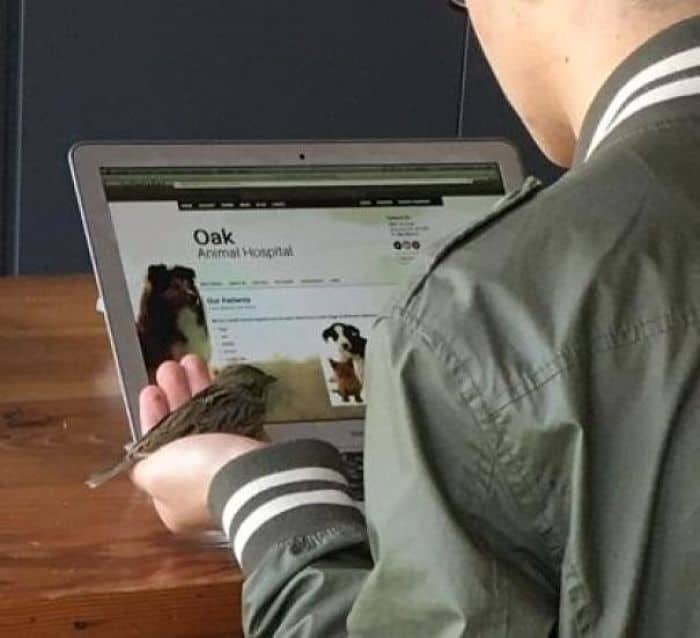 Aesha Ash, a ballerina, wanders around inner city Rochester wearing a tutu to inspire kids and change stereotypes about women of color. 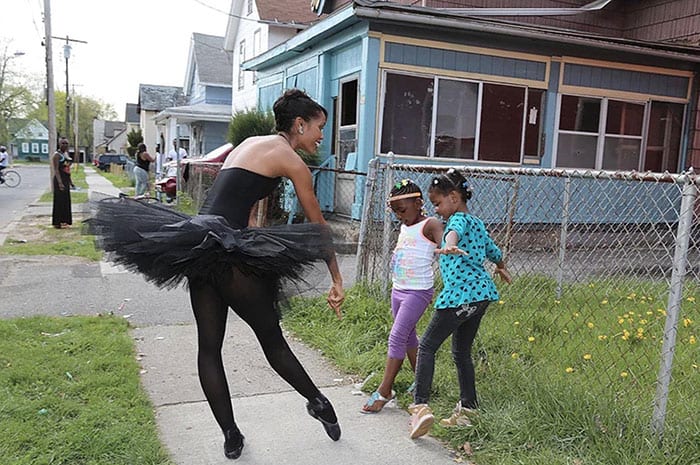 When this former drug addict returned the money he stole 5 years ago: 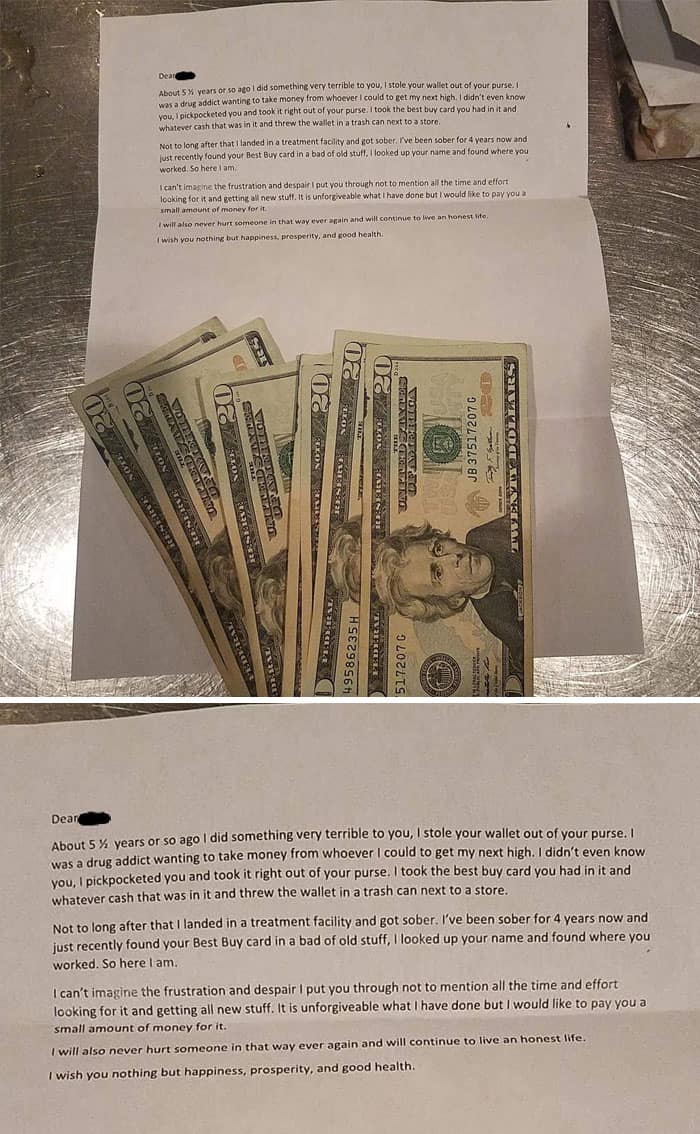 Sometimes you just need one person to believe in you. 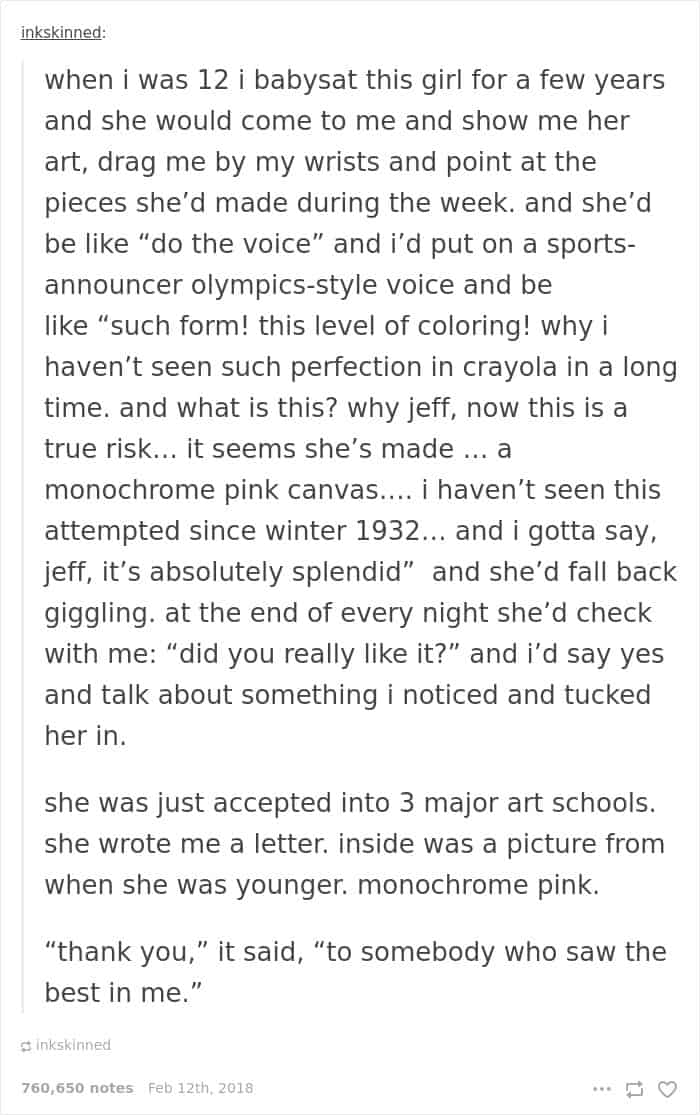 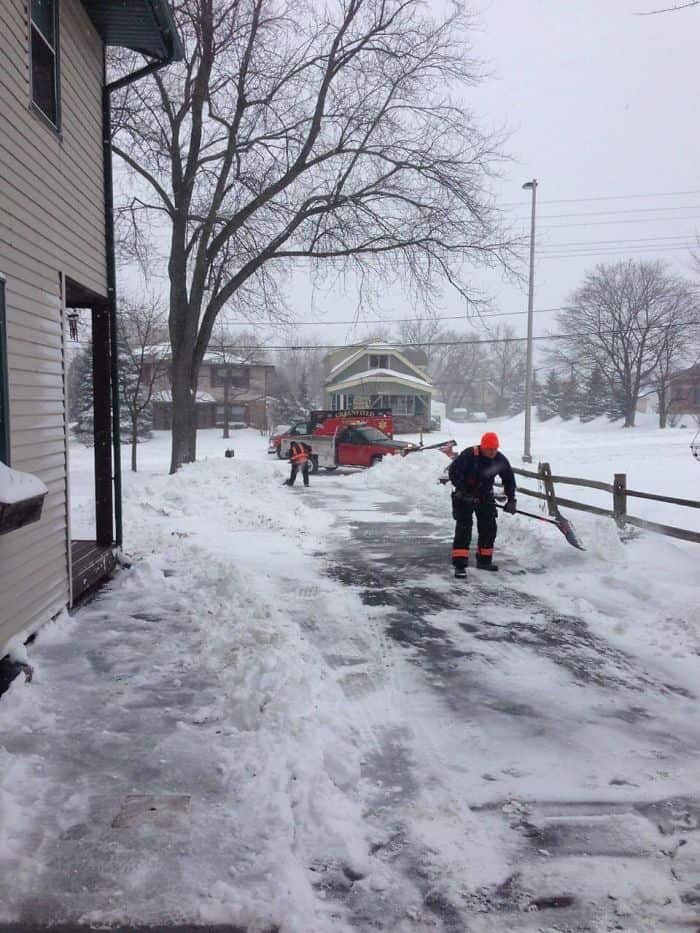 When this janitor who is a huge Red Hot Chilli Pepper’s fan couldn’t buy the tickets to the band’s concert he was devastated. But had the best surprise when the students came together to buy the tickets for him. 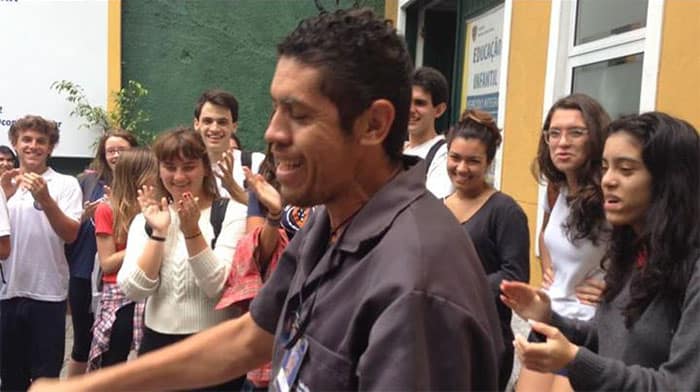 When you have a sweet parrot: 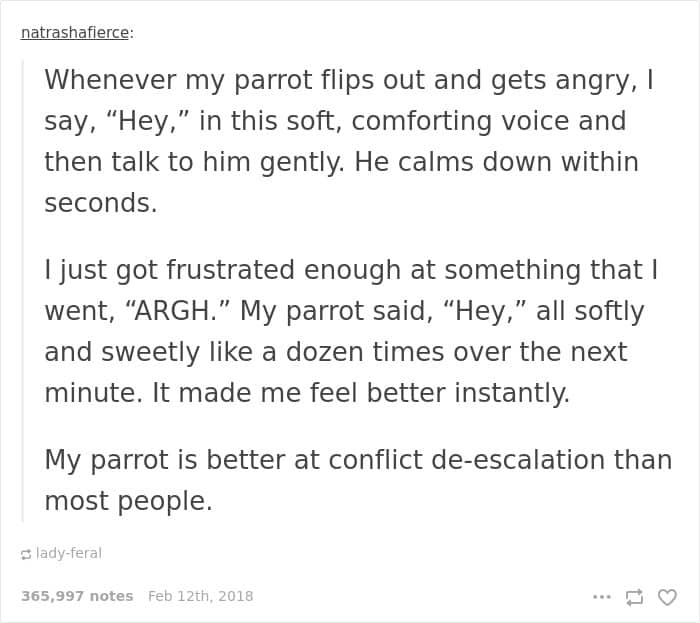 When you realize that people are innately good: 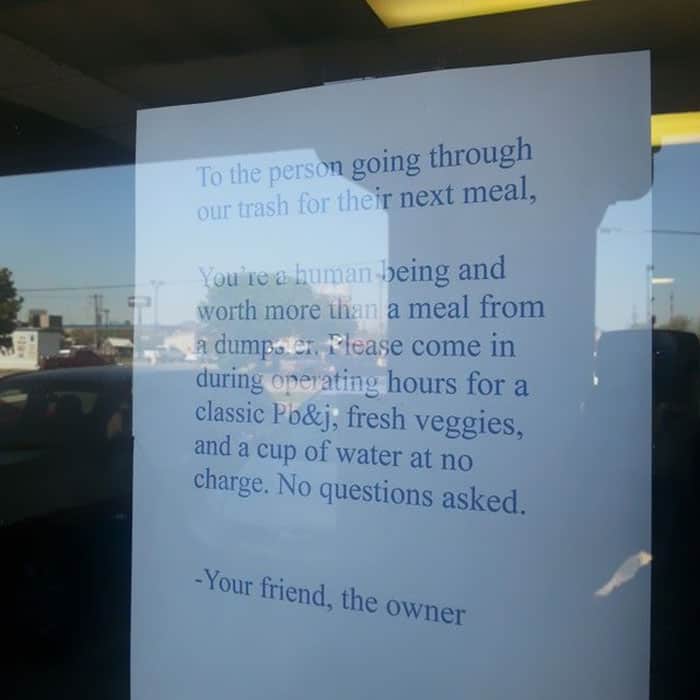 When this retired firefighter was invited to attend the graduation of a girl he rescued from a house fire 17 years ago: 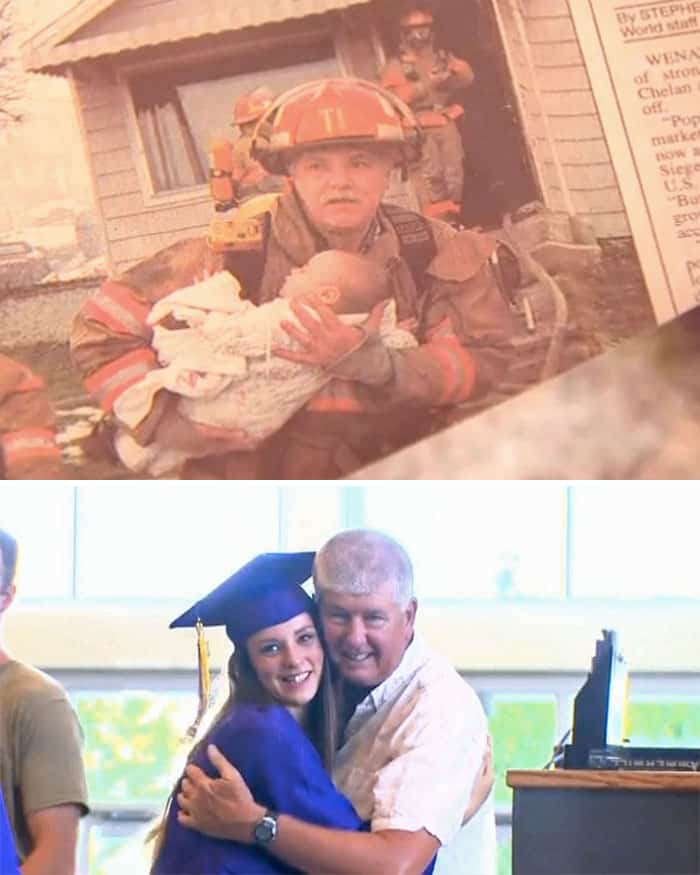