Deciding what to do with a spare room can be tricky. Not everyone is lucky enough to have the extra space and for those that are, narrowing down what the best line of action to take isn’t easy! Most people tend to keep their spare rooms as bedrooms for guests, but if you don’t have regular visitors and could really make use of having something like an office instead, things can get frustrating. But, there is a great solution!

Here we present the awesome work of ‘dat_asthma’. After toying with the idea of having a loft bed with a desk underneath, an even better plan was concocted that made much more sense. Take a look and see the process and results below!

The original room before anything was changed… 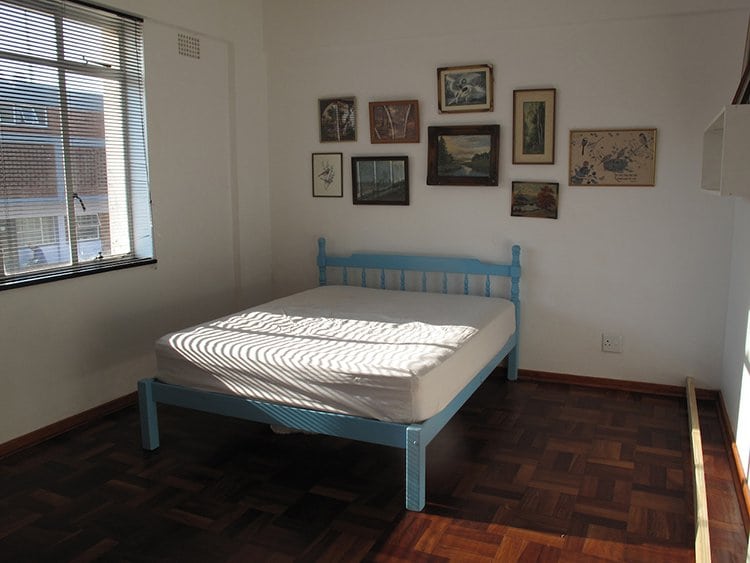 Here is a rough image of the structure that was decided upon. 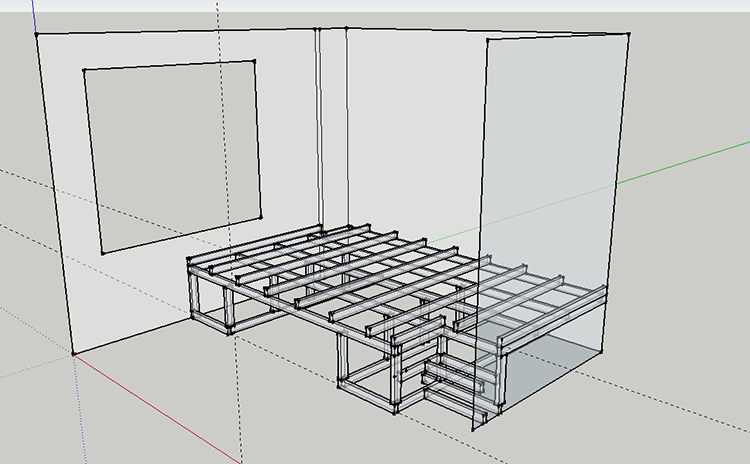 The building commenced and this was the simple starting frame. 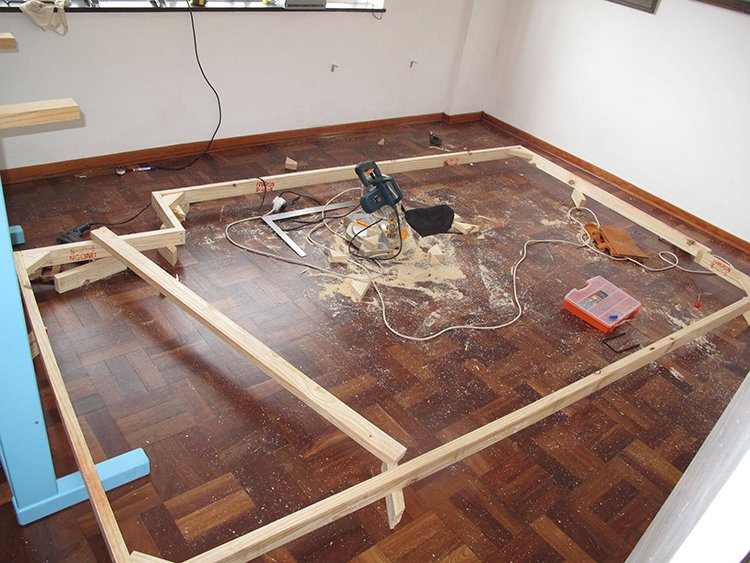 Small brackets were used to adjust the height. 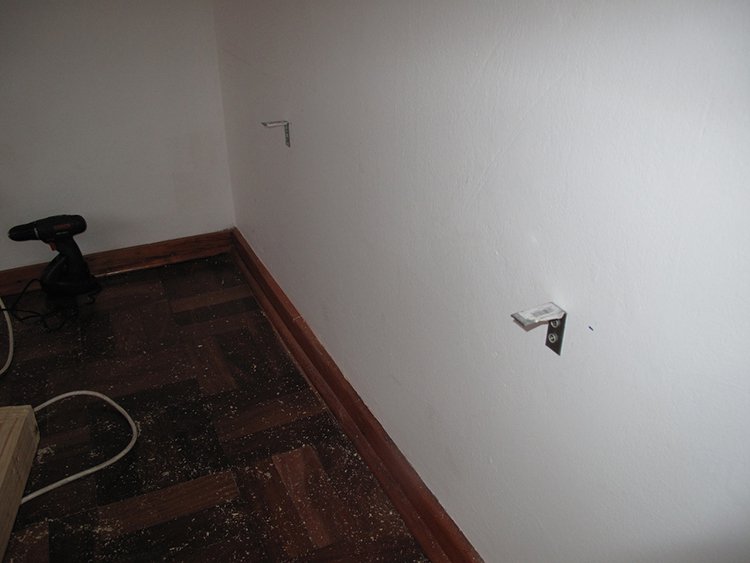 At first, support beams going across were added but unfortunately they meant that the frame was too fat to fit into the designated space. Using ‘Sagulator’ it was realized that they weren’t needed so were ultimately removed. 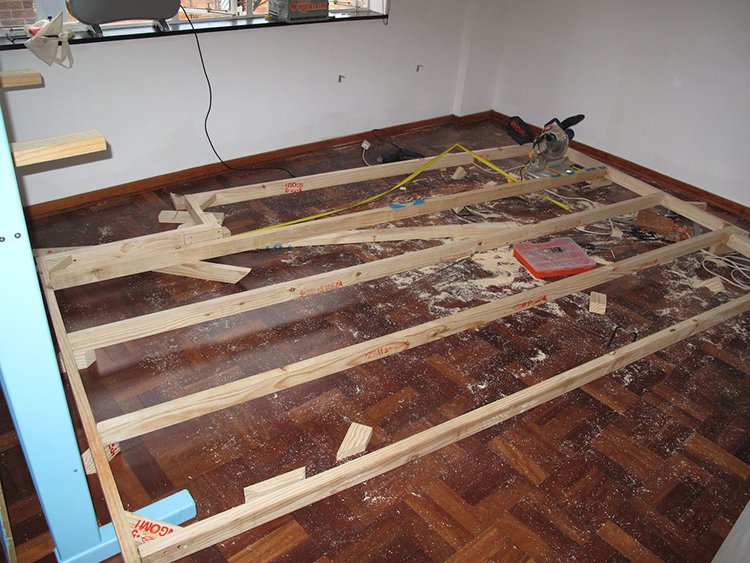 Supports were added at the front and then the frame was placed on to the brackets and bolted into the brick wall. 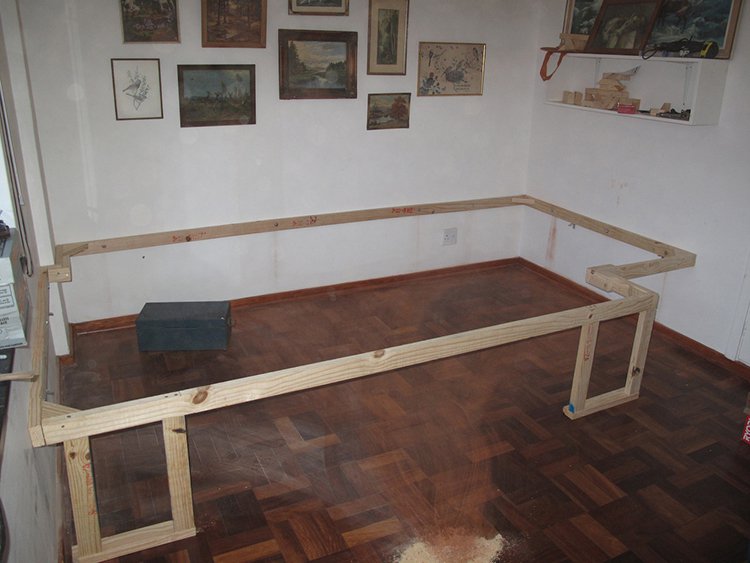 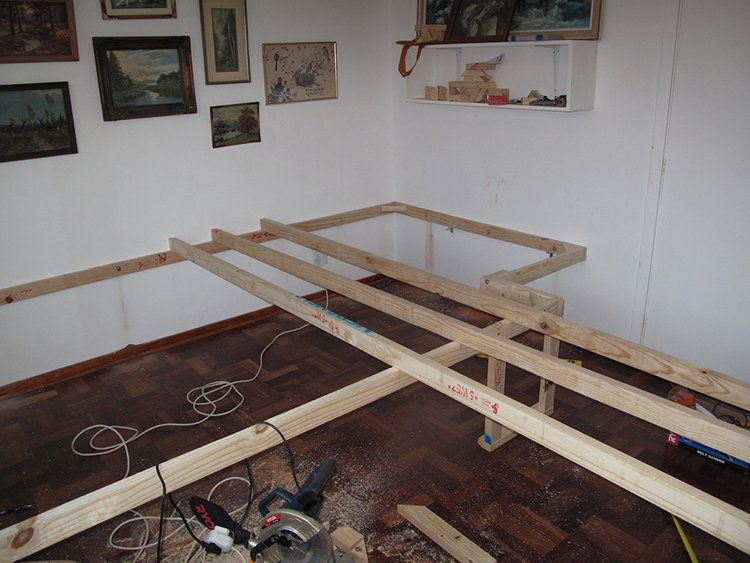 Once the beams were installed, a simple bed frame on lockable castors was put into place. 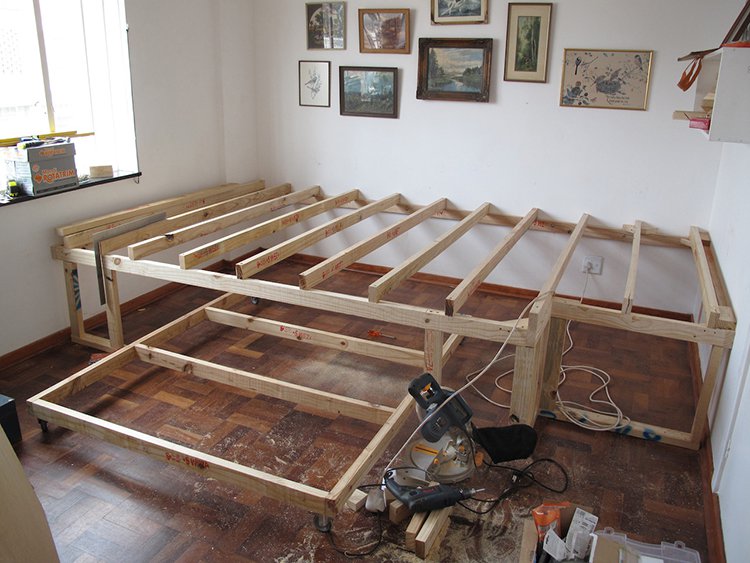 Some small screws were put into the floor to keep the structure in place… a secret kept from the wife! 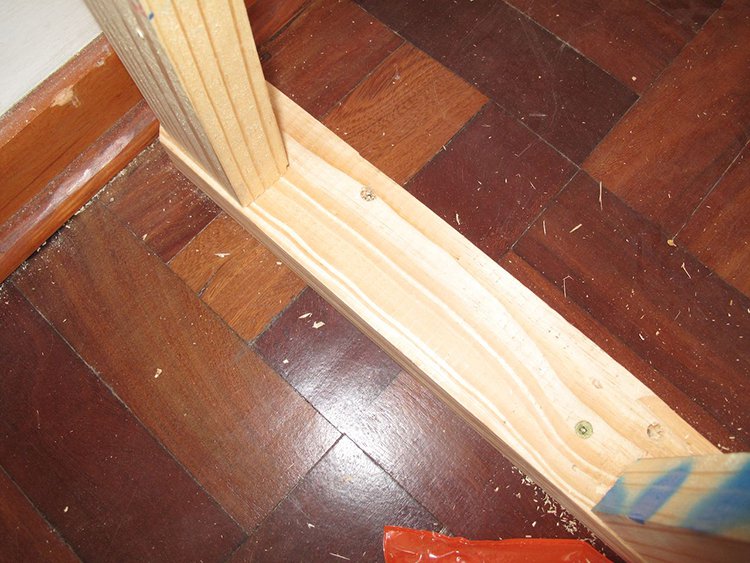 These were the results of the check to see if everything was level… pretty good! 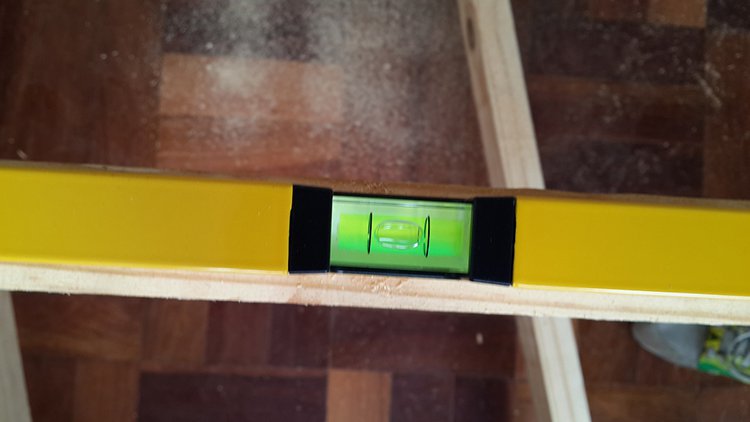 A foot board was added to the pull out bed part of the structure and paneling began.

The paneling is now complete and some 20mm chipboard was added that would support the laminate flooring on top of the structure. 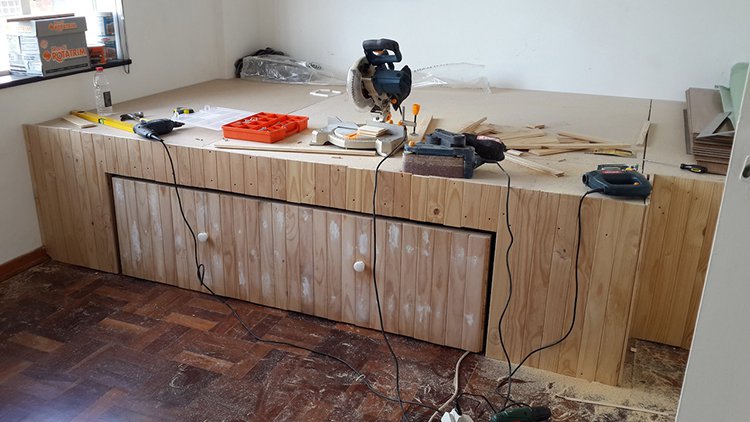 Some stairs were put in to place… 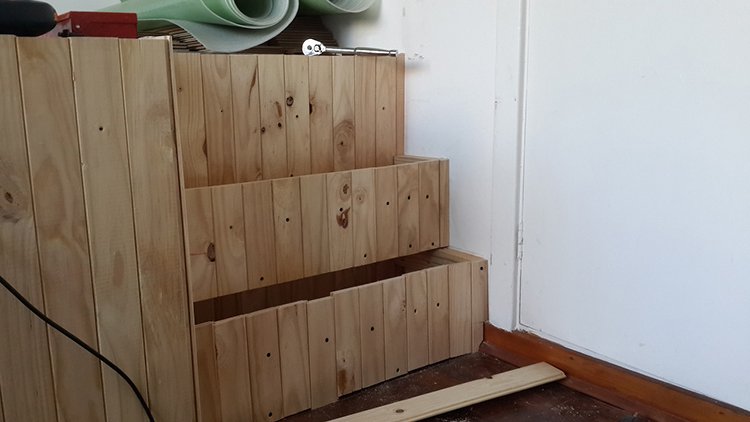 …but they came out a little steep. Oh well! 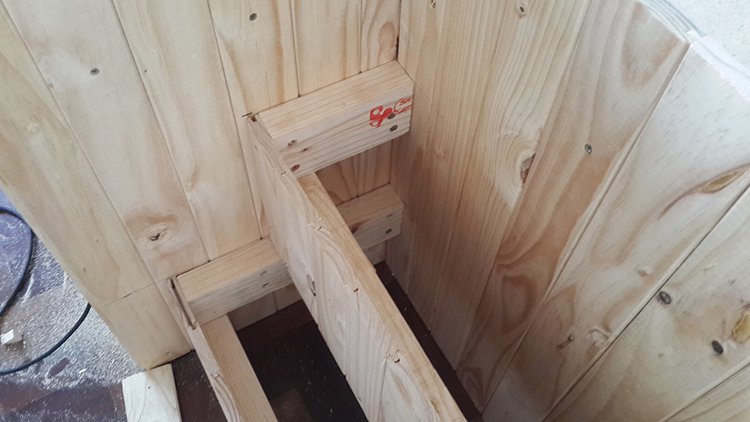 Adding the plastic foam layer was more difficult than anticipated. It took a few times to get right. 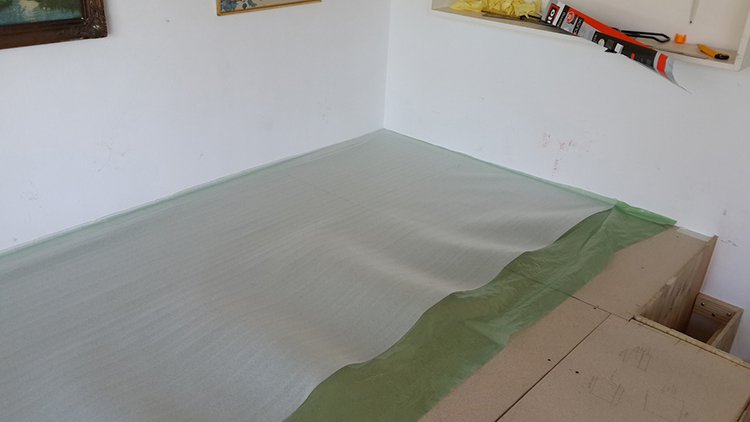 But, thankfully the laminate flooring was fairly easy to put down. 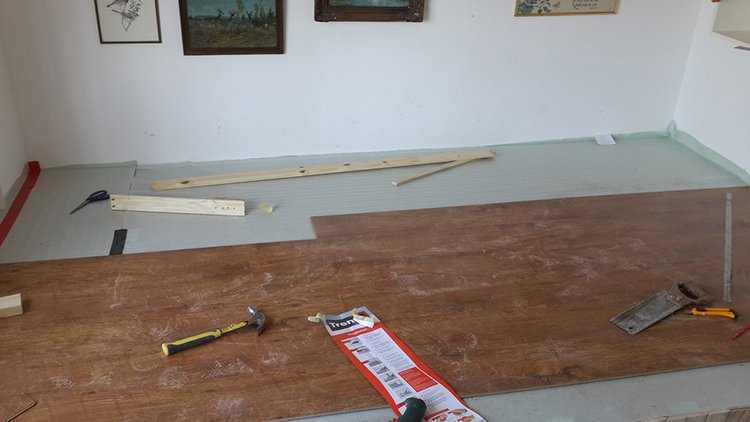 Skirting was put into place and everything is looking great at this point! 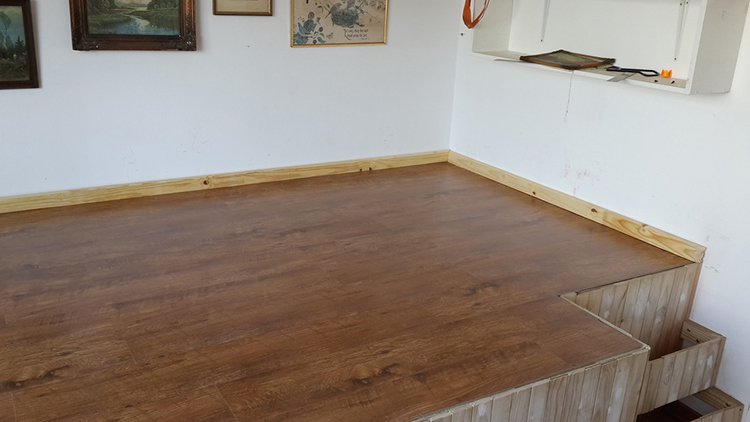 Trim was added to the edges and additional skirting on the bottom. Screw holes were filled with wood filler. 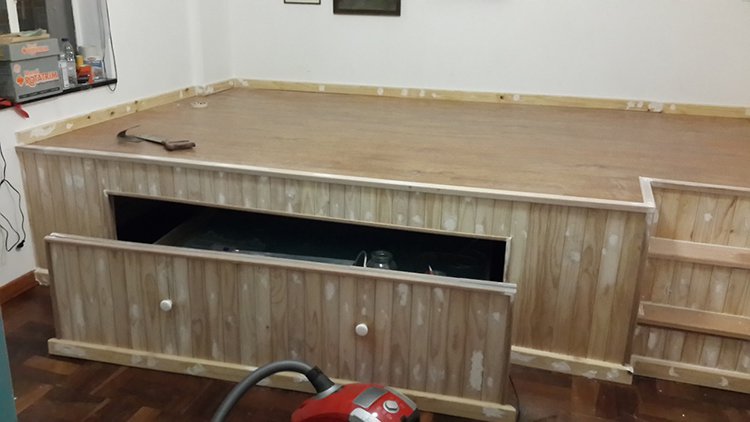 A coat of wood primer was added. 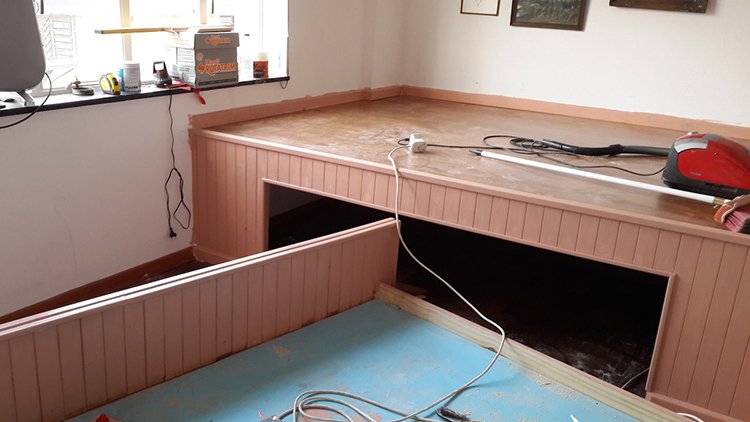 Here is a shot taken just after the first coat of enamel was applied. 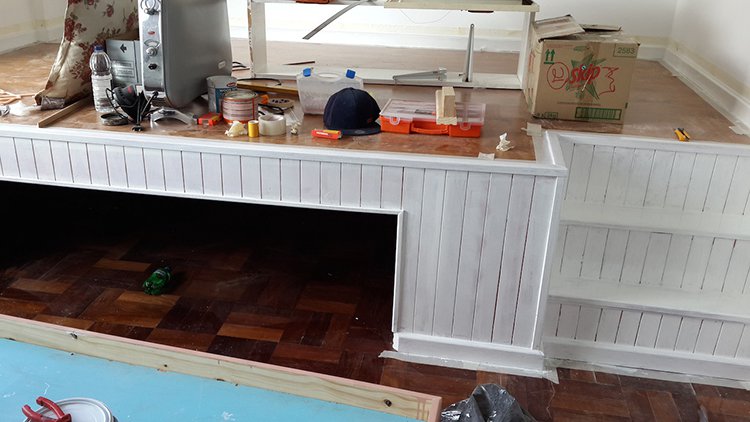 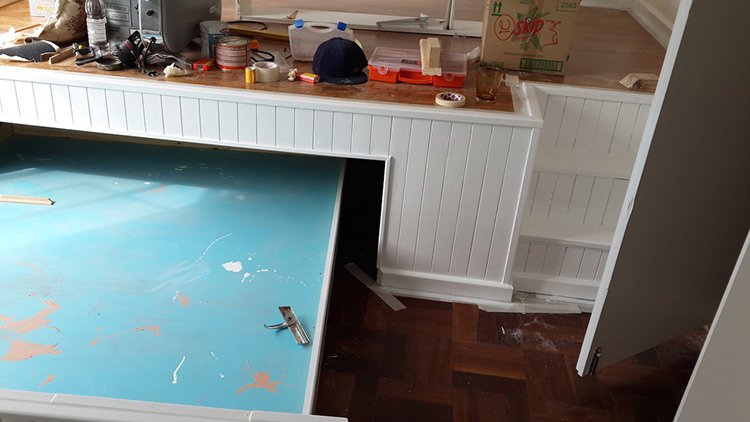 …but the 3rd coat resulted in perfection! 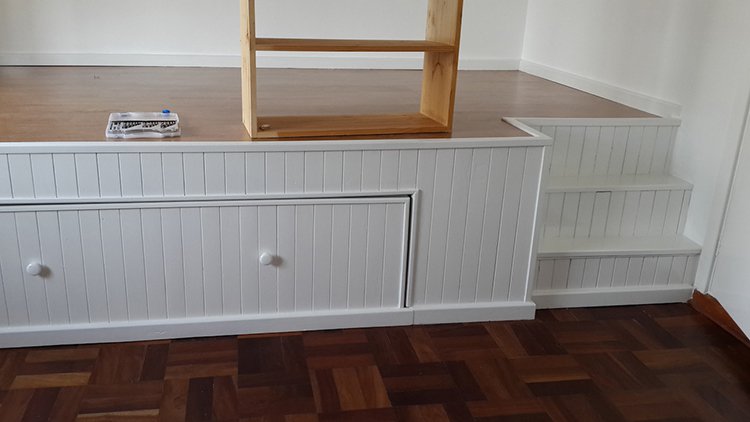 The structure was complete and now it was time to add the furniture! 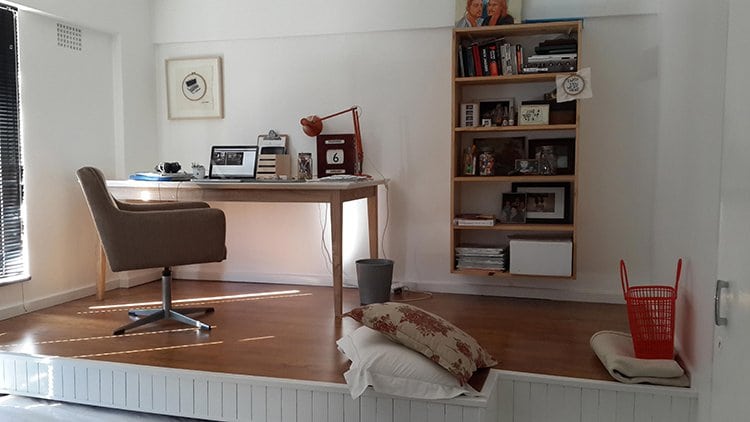 The bed was found to slide out fairly easily although it was surprisingly heavy! Due to the thickness of the mattress, pillows and a duvet had to be stored separately but this wasn’t really an issue. 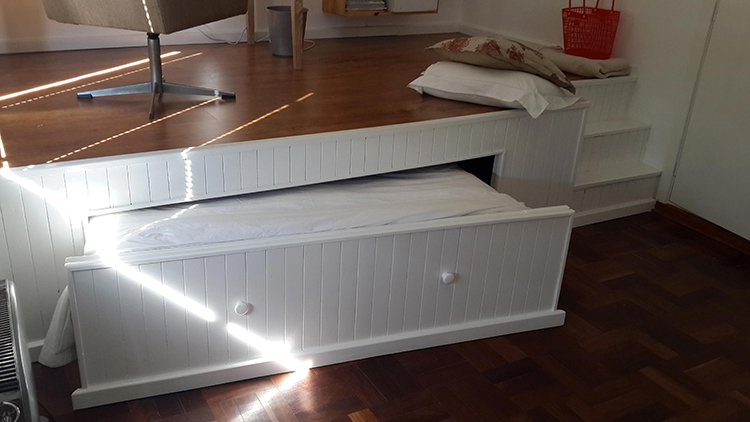 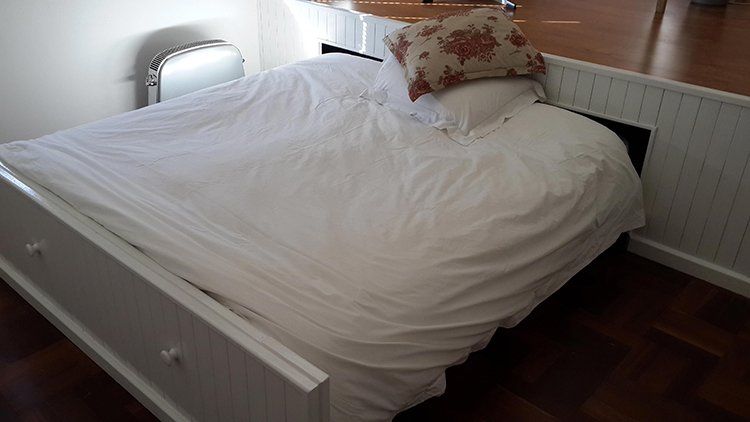 What a great project that really made the most of the available space! We’re super impressed! 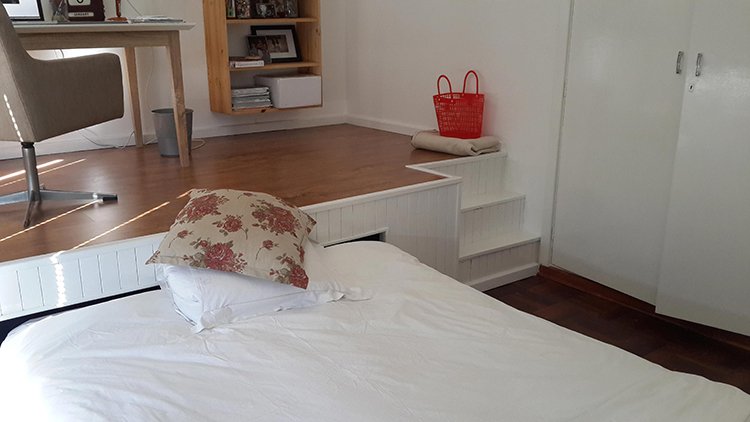 Ultimately, we think that ‘dat_asthma’ and his wife made the best choice. Now, the couple’s parents would not have to face climbing up and down a ladder to reach a loft bed, which wouldn’t have really been feasible anyway due to how the height of the room meant that whoever used the loft bed could not sit up without hitting the ceiling! It was also noted that if the couple had a second child, the office area could be changed to a kid’s room whilst still having a spare bed for when the grandparents and other family members came to visit. Awesome!