Can you believe that it’s been more than a year since we began staying home all day, every day? Time sure flies! Most if not all of us were more than happy to adapt to the new normal. But there were also those who struggled. And in order to cope, everyone picked up a quarantine hobby. Some baked, some did crafts and others decided to spend quality time with their family. And what better way to gather the family and make them let go of their phones than to put together a puzzle? Well, if you became a sort of master puzzle assembler this past year, why not up your assembly game with this cool 3D sphere puzzle from Uncommon Goods?

Playing with puzzles is a key early childhood development activity. The seemingly simple task encourages the child to communicate, collaborate and think critically. Then, some people grow up with a love for solving the most challenging puzzles that usually comprise of anywhere from 1,000 to 51, 3000 pieces. And usually when these puzzles are complete, it gets framed and put on display as a mark of the assembler’s accomplishment. But keeping the finished puzzle intact before it gets framed is very delicate business. So if you’d rather skip all that fuss, Uncommon Good’s 3D 540 Color Gradient Puzzle will be right up your alley! 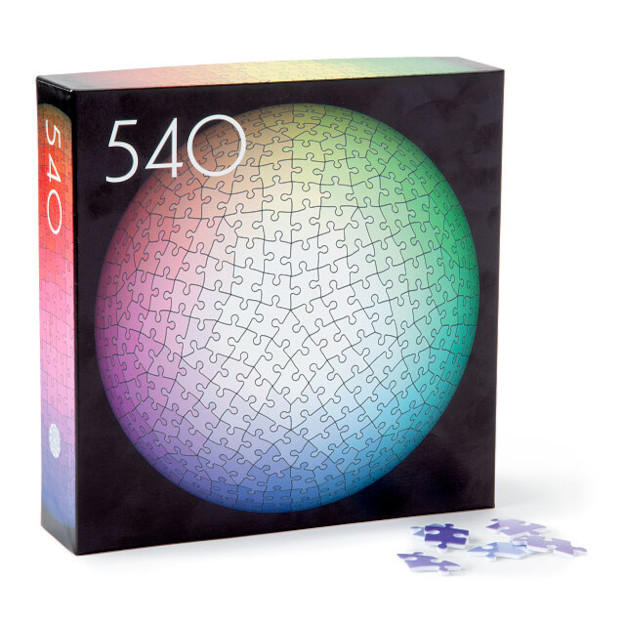 This sphere puzzle by Uncommon Goods offers a new way for us to engage with colors.

In the past couple of years, various puzzle makers have been hard at work to come up with the most puzzling sets they could possibly offer. Zazzle, for one, stunned the community with their All-Black Jigsaw. In response, Japanese board game maker Beverly launched the Pure Hell Jigsaw, which was completely blank. But a clever Etsy store seemingly won the game of producing an impossible puzzle with their Clear Puzzle. The challenge of these solid colored and colorless puzzles can’t be denied. But Uncommon Goods’ Puzzle undoubtedly trumps all the others because it offers not one, not two, but 540 colors and also a more tangible and interactive form!

Now, you might be thinking that since this puzzle has all sorts of colors on its pieces it’ll be easier to pinpoint which pieces fit together. But according to those who’ve already tried putting together the colorful 3D puzzle, the seamless transition of every color to the next makes the process way more challenging. In fact, one reviewer wrote that the globe-shaped jigsaw was a good way to test one’s color acuity. 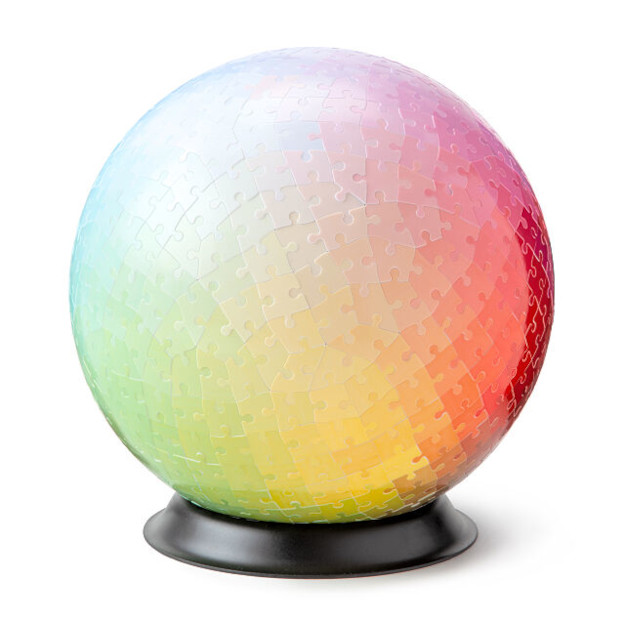 Just like a globe, this 3D jigsaw also has its own polar ends. The colors fade to black on end, also to white on the other. Each piece is made from plastic which makes the pieces more durable compared to the typical cardboard ones. And once you place the final piece, you can immediately put the 9-inch 540 Color 3D Sphere Puzzle on display for everyone to admire. No more cardboard, tape or framing needed. The puzzle hails from Germany and ships worldwide. Uncommon Goods has four shipping options that you can choose from. So don’t let your chance at assembling awesomeness roll away. Get it here now! 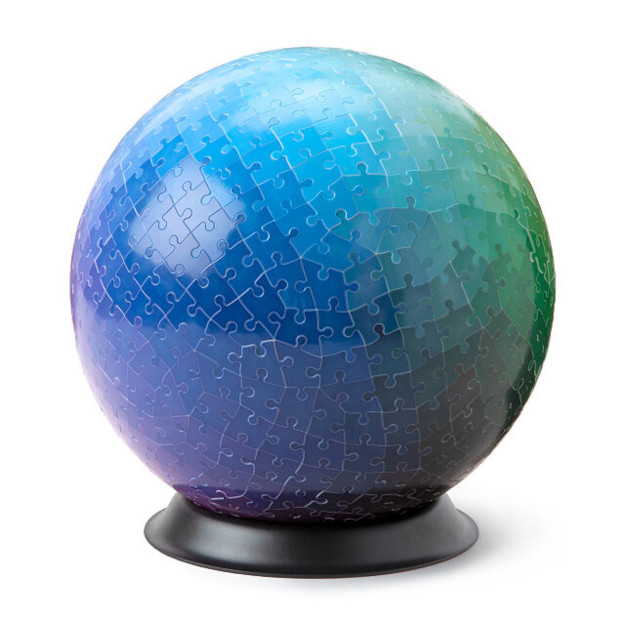