This Fridge Deodorizer Is A Must-Have For A Stinky Fridge

Save your refrigerator from smelly odors with this adorable fridge deodorizer. No matter how many times you clean your refrigerator or get rid of old food, there’s still that terrible stench that comes from it. But why is it so? Perishable food is one of the most common things we pile up inside our refrigerator. Naturally, these food items release odors into the air which are basically trapped inside. The odor becomes worse when the food stored inside has expired and spoiled. Spoiled food accumulates bacteria and mold that release a very foul smell.

Baking soda has been proven to effectively remove unpleasant odors from almost anything. This is because, from a scientific viewpoint, baking soda is an amphoteric compound that reacts with acidic and strong alkaline molecules from the food. It acts as an efficient deodorizer by turning these malodorous food molecules into non-smelling sodium salts. Hence, placing a bowl of baking soda in the refrigerator can considerably neutralize any stinky smell lingering inside. While this simple solution has been commonly used, we’ve found a cuter and funnier way to keep your fridge smelling fresh for longer. 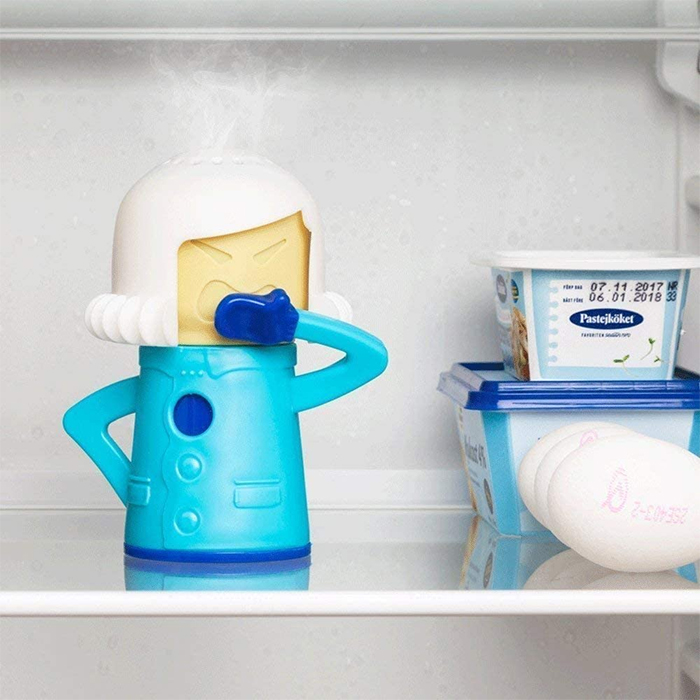 This adorable deodorizer comes in the form of an angry woman with her hand covering her nose. Brilliantly named ‘Chilly Mama’, this tiny figure is here to help put your baking soda to good use. This innovative tool serves as a baking soda container and dispenser as well. To use, remove the figure’s hair by turning it clockwise then remove the head by pulling it straight up. This will reveal a hidden container where you put the baking soda. Fill it up to the indicated line then place the head and the hair back on. 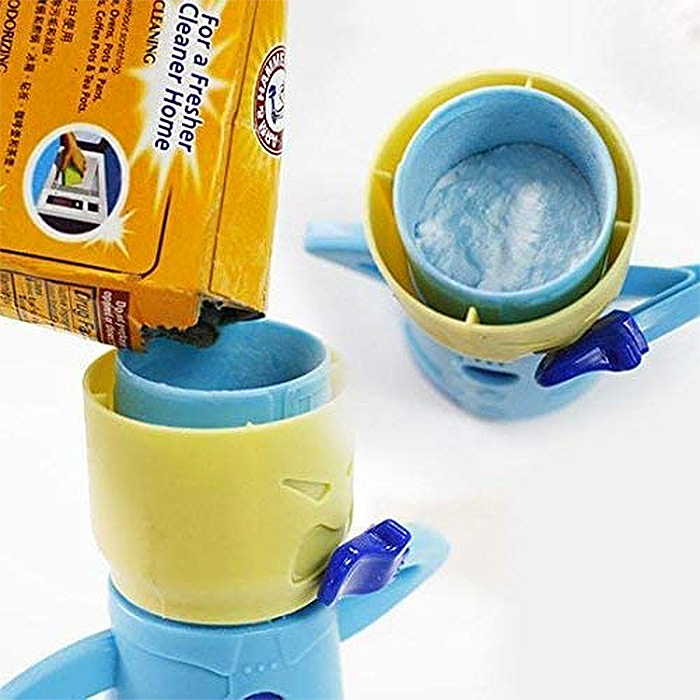 This deodorizer has a built-in calendar where the current month is on display on the figure’s dark blue, top button. Set the current month by turning the dark blue base. After which, place the figure deep in the refrigerator and let it do its job of absorbing and neutralizing bad odors. It should keep your fridge smelling fresh to up to 3 months. It will give dial alerts when it’s time to refill the baking soda based on its built-in calendar. However, the amount of baking soda consumption varies depending upon the size and contents of your refrigerator. So, if you noticed a bad smell then that indicates that it has ran out of baking soda. 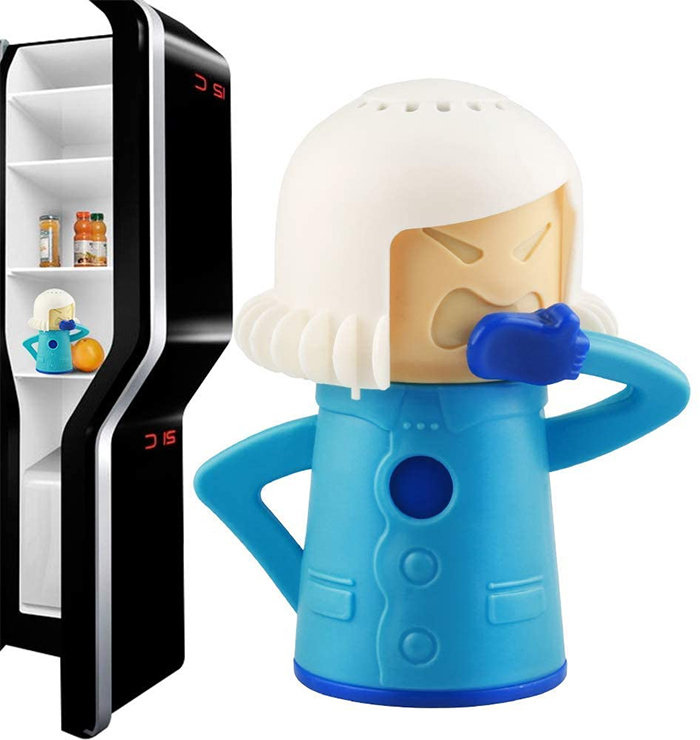 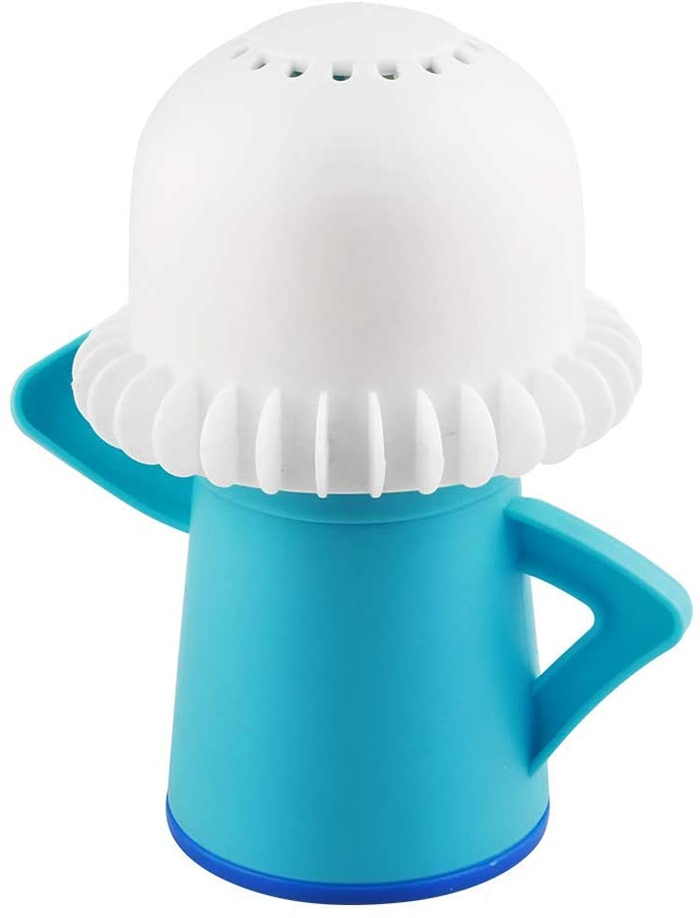 This funny-looking deodorizer is made of food safe and BPA free plastic. It measures 6.1 inches tall, 4.3 inches wide and 3.5 inches deep. To clean, separate all detachable parts and put them in a dishwasher rack. Take note that this odor neutralizer doesn’t come with baking soda. One satisfied buyer wrote:

“This product looks very cute, easy to operate, just need to put soda powder. Put in the refrigerator for a period of time, you can clearly feel the odor of the refrigerator disappear in more natural way. I like it!” 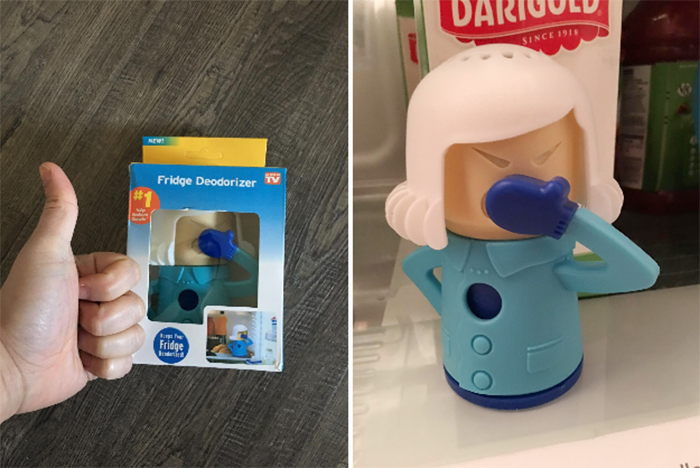 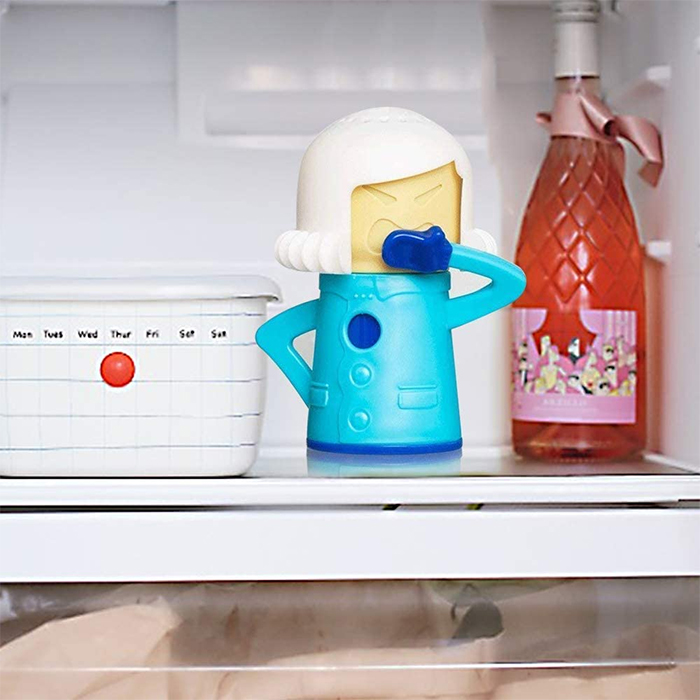