What do you think has just made our day? Well, it’s among the most adorable things we’ve found so far. One earless seal hugs stuffed toy look-alike! The fluffy version of himself is such a delight to see, especially when it’s wrapped around his arms!

The Okhotsk Tokkari Center is home to this earless seal. The center, on the other hand, is in the Hokkaido Prefecture of Japan. Thanks to the loving staff, the seal now enjoys a stuffed toy companion!

Far from the staff’s expectations, the seal just took on his new friend with such delight. The earless seal actually came from a great rescue out of an injury. So, this earless seal hugs stuffed toy gift that looks just like him! At other times, he even gives his fluffy friend a ride on his back. 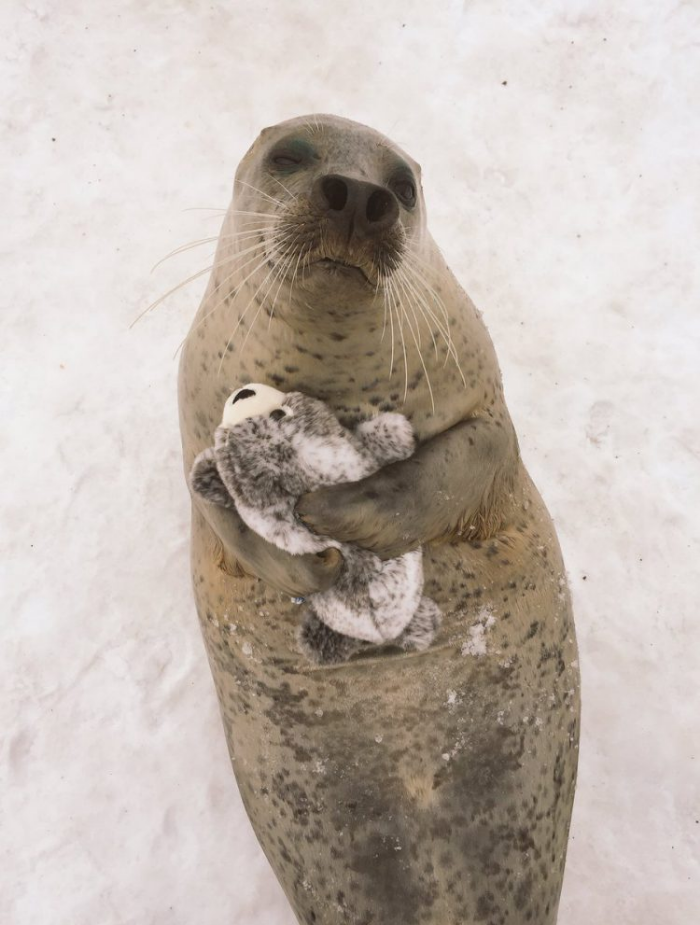 The center, aside from being the home to this seal, is actually the only marine conservation facility in Japan. It’s also the center’s specialty to specialize in taking care of earless seals. Also, one interesting fact is that the Ainu word for earless seal is tokkari. 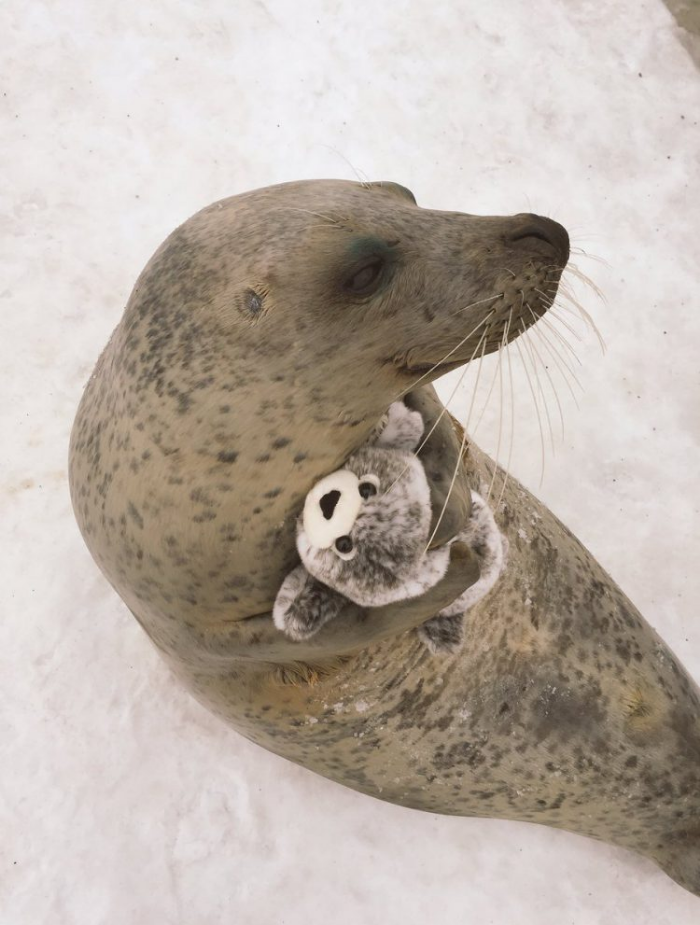 Indeed, this cute love story is so worth sharing that the center published photos of the seal hugging his stuffed toy on Twitter. Admittedly, the public loved the tweet, sharing it over 26,000 times!

This earless seal hugs stuffed toy look-a-like and gave it a piggy-back ride! 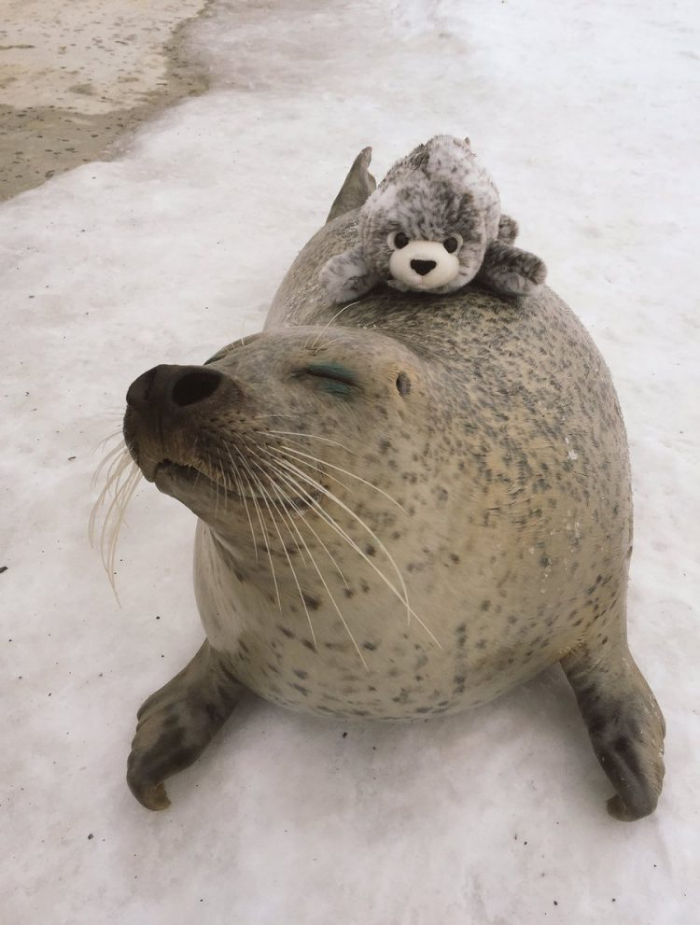 A Ghostbusters-Themed Cereal With Marshmallows Is Coming Soon

This Finger Dance Machine Will Put Your Digits To The Test