Tattoos That Change Color To Warn You Of Potential Health Issues

For years, tattoos have been deemed as a form of body modification and self-expression. In other words, tattoos were primarily created for aesthetic purposes or simply for show. While some people embrace the idea of inking their skins, others think it is inappropriate and too risky. As a matter of fact, most medical practitioners would never recommend getting a tattoo due to its associated health risks. There’s the potential allergic reactions to the tattoo dyes, skin infections, blood-borne diseases transmission, MRI complications, to name a few. When it comes to health, tattooing has indeed nothing to offer. If anything, it can pose potential health hazards. But not until now. A team of researchers in Germany developed color-changing tattoos that can help monitor one’s health. 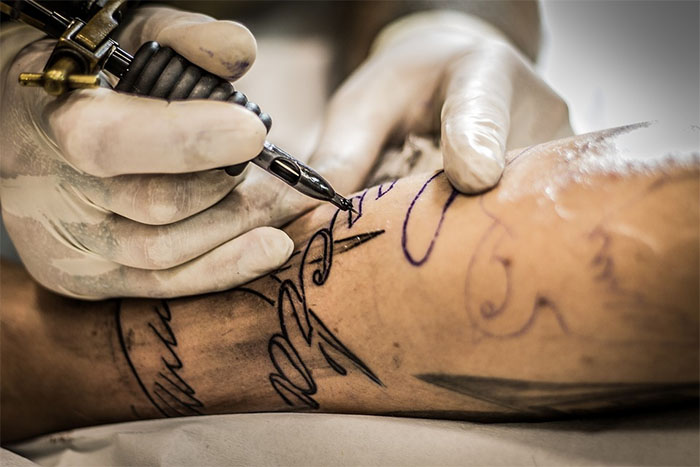 Led by chemical engineer Ali Yetisen of the Technical University of Munich, the team took after the concept of biosensor tattoos. But unlike the wearable stickers, these new color-changing tattoos are actual, intradermal tattoos that are injected into the dermis layer. The dyes contain concentrations of key biomarkers that change color in response to changing levels of the body’s pH, glucose, and albumin. Once these biomarkers come in contact with the interstitial fluid, they react and change color to indicate changes in specific health indicators. Hence, these tattoos allow patients and doctors to monitor chronic diseases such as kidney disease and diabetes in real time. This innovation can save a lot of patients from giving constant blood samples. 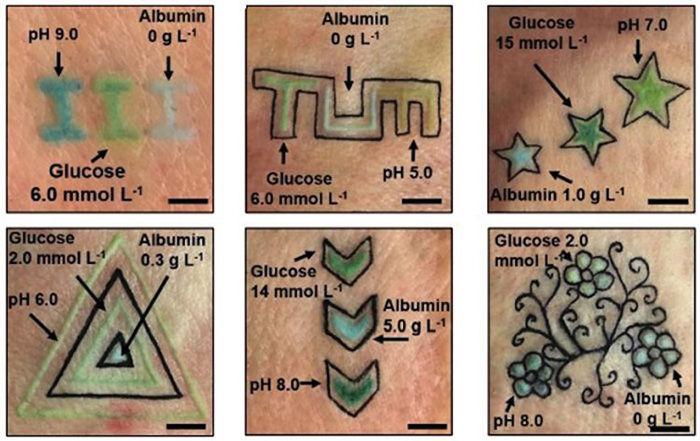 Changes in specific indicators can denote that something is wrong. The pH sensor measures the blood’s pH level ranging from 5 to 9. Normal pH level should be in between this range, which is around 7.4. But instead of numerical value, the biomarker is indicated through colors ranging from yellow to blue. Low pH denotes acidosis while high pH denotes alkalosis.

Albumin is a protein produced by the liver. Low albumin levels may indicate a problem with the liver or kidneys. On the other hand, high albumin levels can indicate heart problems. The albumin sensor used in these color-changing tattoos turns green as it comes in contact with albumin. This means that a greener color may indicate a higher level of albumin. Take note that the biomarkers were initially tested on pieces of pig skin which explains the blue color (instead of green) on the image.

Monitoring glucose levels is especially important for people with diabetes. The glucose sensor in these color-changing tattoos starts from a yellow pigment. It then turns into green when it detects increased level of blood sugar. Thus, a greener indicator means that there’s a high level of glucose in the body. 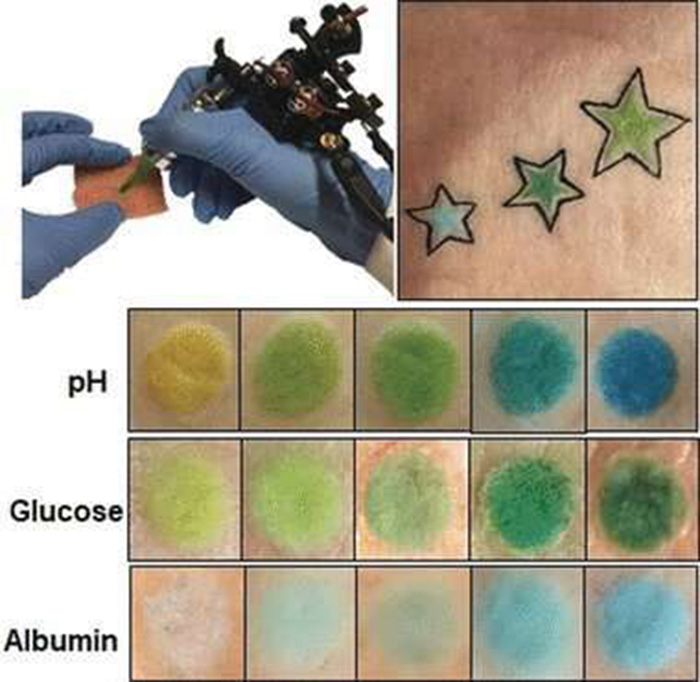 As explained earlier, these color-changing tattoos have only been tested on pig skin and the researchers are planning to test it in living animals next. We’ll have to wait until further tests is conducted so there’s no telling when it becomes ready for human use. One of the biggest problems that the researchers have to solve is how to make the dermal sensors reversible. While the color of the pH sensor is reversible, the sensors for the albumin and glucose are unfortunately not reversible. This means that the biosensors for albumin and glucose can only work for one reading.

In order to solve this issue, the researchers are looking to make these sensors reversible with synthetic receptors. But they will have to test it out for future tests. If, and only if, these color-changing tattoos are clinically proven and released for human use, we can finally have a valid excuse to get inked. A tattoo that magically changes color as it helps you keep track of your health condition, there’s actually nothing better than that.