Washing hands was often reinforced in school. However, getting children to understand why they should wash their hands isn’t always easy. A teacher from Oak Ridge, Tennessee has figured out perfect way to show the importance of washing one’s hands. Courtney Lee Simpson, came up with the Clean Hands Science Experiment, and we assure you, you’re going to wash your hands more thanks her brilliantly simple and gross experiment!

Simpson gamely shared the result of her science experiment on Facebook. Her ingenious idea quickly went viral online, earning praise from parents and fellow teachers. When asked for a comment, Simpson simply said that:

“Hands-on activities and visuals are very important to use with that age. That’s how they learn.”

Pre-K can usually be difficult to teach. They are still unable sit still for prolonged periods of time like older children. They need to feel like they’re playing when in fact they’re undergoing a learning process. Simpson’s interactive teaching approach is definitely more effective than just explaining it with abstract words.

The Clean Hands Science Experiment is a nifty and thrifty way to teach kids about the importance of washing their hands. 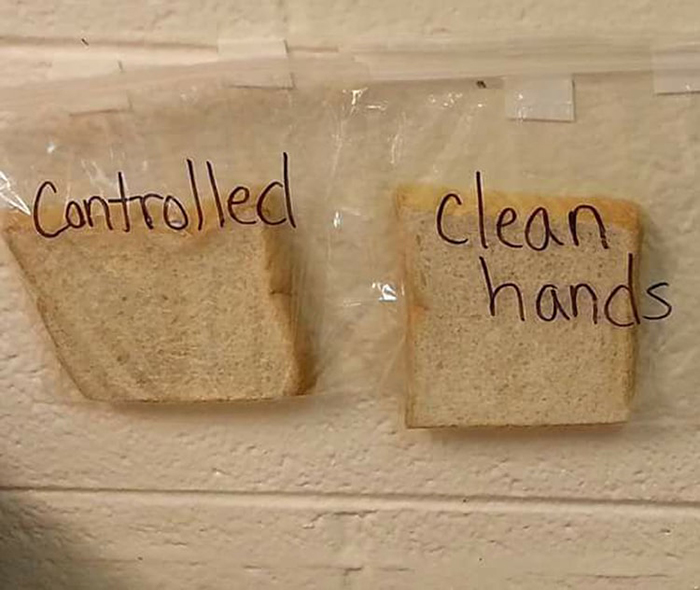 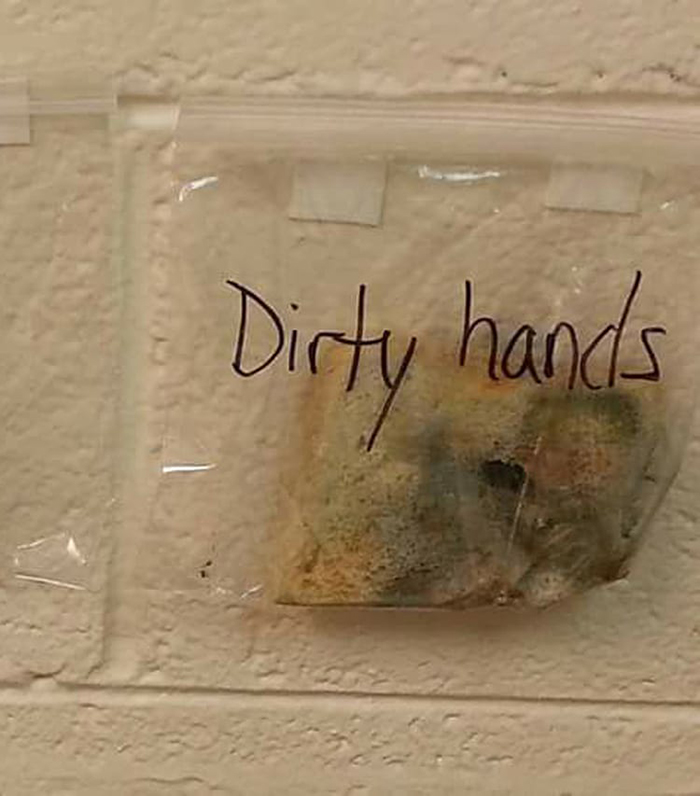 Simpson’s only needed three slices of bread to get her point across to her Pre-K students. Talk about being resourceful!

The “controlled” slice was placed inside the bag while Simpson was wearing gloves. She then removed the gloves, washed her hands and slipped the next bread slice into a bag. Finally, she involved her class by letting them touch the third piece of bread before sealing it into a bag. She then taped the sealed bread slices on the wall where everyone could see what changes would happen over time. After some time, the effect of touching a slice of bread with unwashed, dirty hands manifested. While the “controlled” and “clean” slices fared quite well over time, the “dirty” slice ended up covered with icky molds.

So, if you’ve got a difficult time trying to convince your child why hands must always be washed, all you have to do is show them the pictures of the Clean Hands Science Experiment. This should also help certain grown-ups remember to wash their hands after using the toilet.