Darius The Painting Rat Captures Hearts With His Story And Talent

Darius is a special rat who went viral for his paintings. While it is quite common to hear about talented artists, this rat was one in a million. This little guy found fame on social media thanks to his artistic abilities numerous times. Even though he has passed away, this rat has left a legacy of paintings and an equally touching story for the world to remember him by. 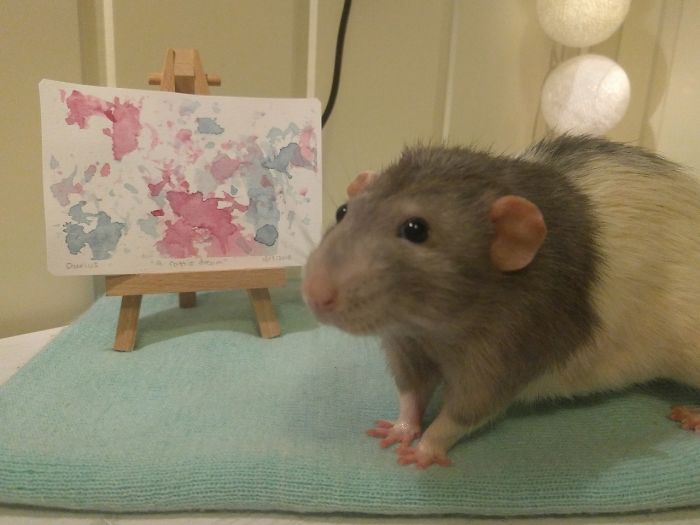 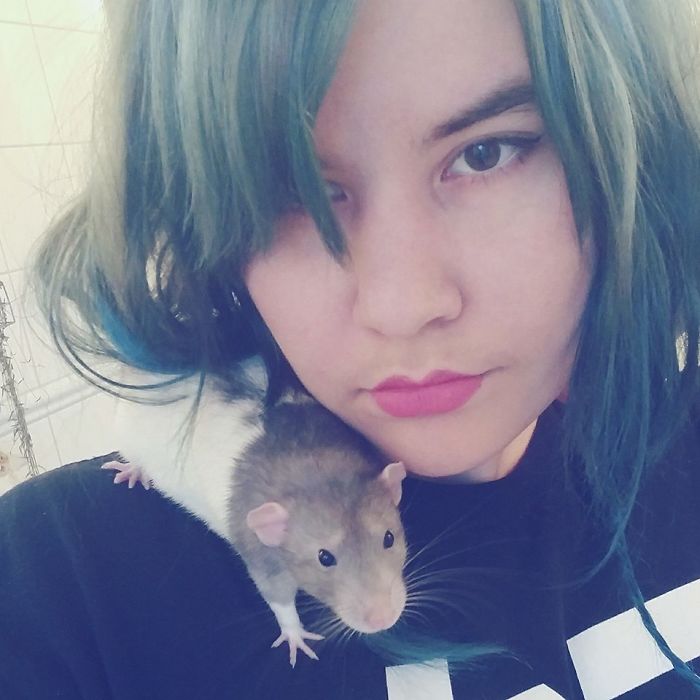 His owner Amalie Markota Andersen is an animation and digital arts student. She trained Darius to paint with his feet. According to Anderson, it only took around 10 minutes for her pet artist to accomplish a piece. Three or four of his works have been sold and now belong to private collections. 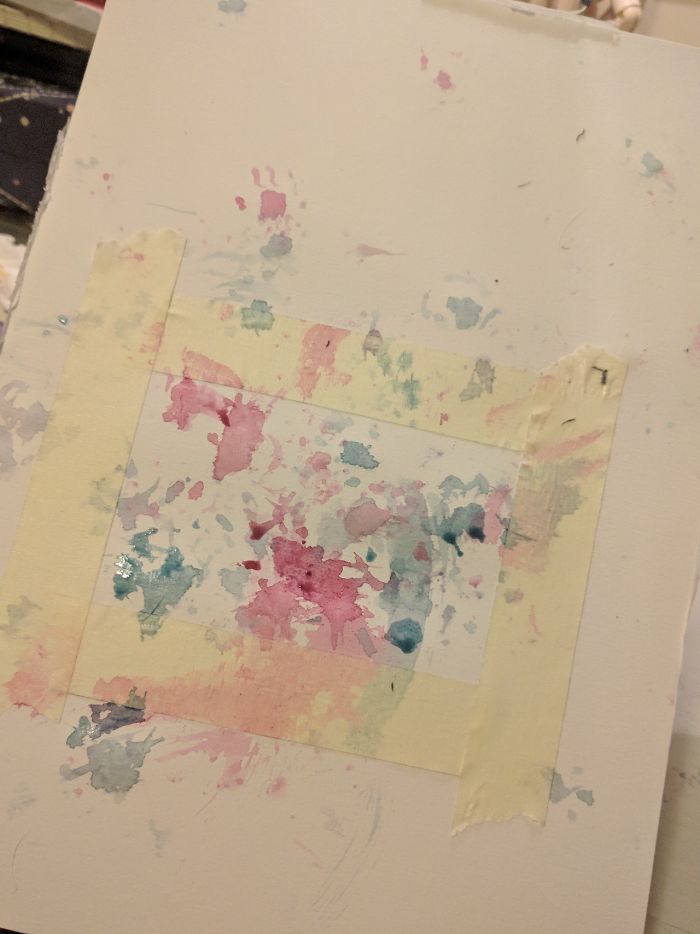 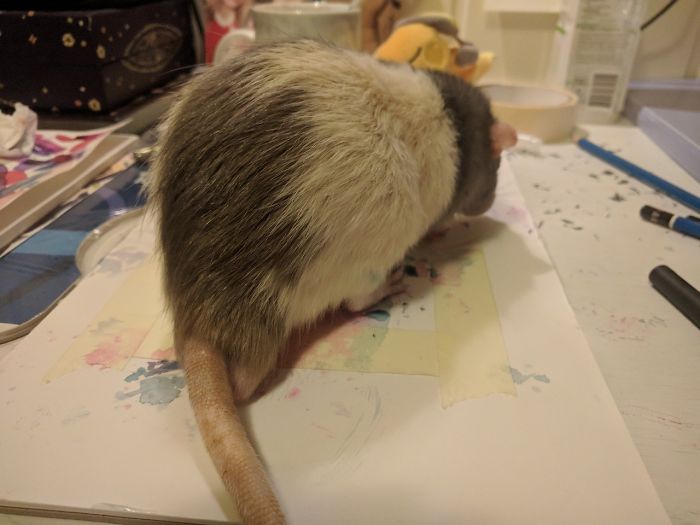 “I’ve had rats all my life, since I was around 14 – 15 years old,” Amalie said. “I’ve discovered how great they are as pets on the Internet. Rats were just beginning to become popular pets, I think. After I got my first rat, I just kept on getting them. Rats don’t live very long, usually around 2 -3 years, so I’ve had 9 so far. Darius was one of them.”  When Amalie took him in as her new pet, she tried something new. She dipped his feet on a non-toxic watercolor set, and just let him walk around on a sheet of paper. Eventually, something emerged from his random, scurrying footprints.

Darius was a standout from the very beginning. 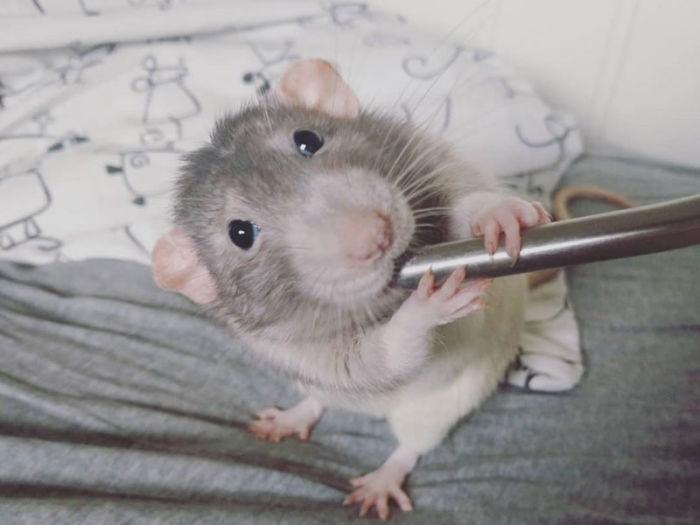 It seemed that he was truly special even when he just a baby rat. Amalie sensed that there something special and lovely about him the first time she laid eyes on him. “I got him in 2017. He was one of many rats in the litter. All the rats seemed amazing, but Darius was just too precious not to choose. He looked so kind and gentle, [that] I instantly fell in love with him the moment I saw him,” she recounted. 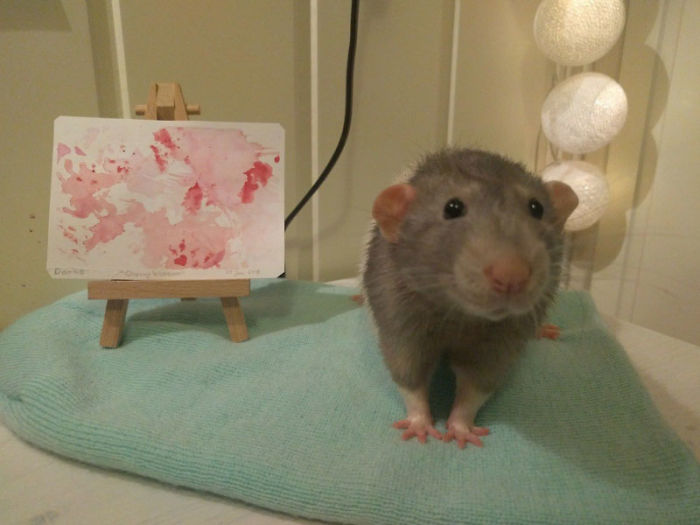 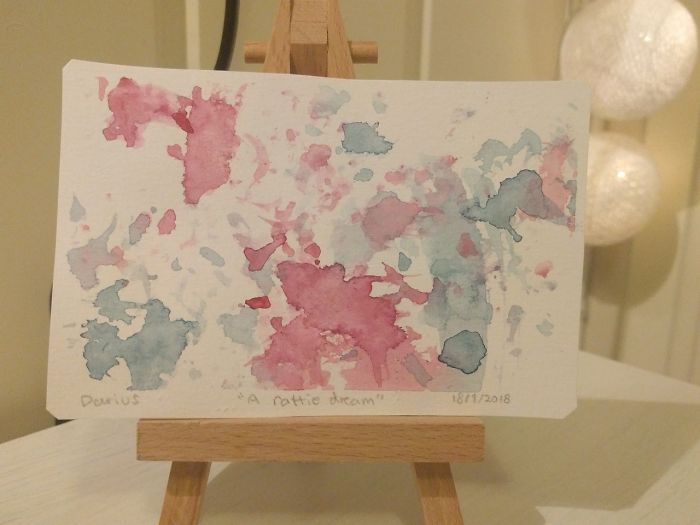 On September 21, a now-private Twitter account shared photos of Darius. However, Andersen has documented Darius’ creative process on Tumblr from the beginning. Darius made his first painting on January 18, 2018. Darius’ first painting received over 92,096 notes on Tumblr. Amalie gushed that, “Darius going viral was very exciting. I was so happy people liked him. It is what he deserved!”

Darius was a weird rat.

If you’ve ever had a pet rat, you would know that they’re very exuberant creatures. They like to play, to explore, and to nibble things. But he was different. “He was very timid and shy. He didn’t like exploring much like the rats usually do. He was just fine cuddling in my lap or sleeping in my bed. He wasn’t very independent, [he was] always clinging to me like a little baby. He was very attached to me and obviously I got very attached to him as well… which made it hard for me to let him go when the time came.” 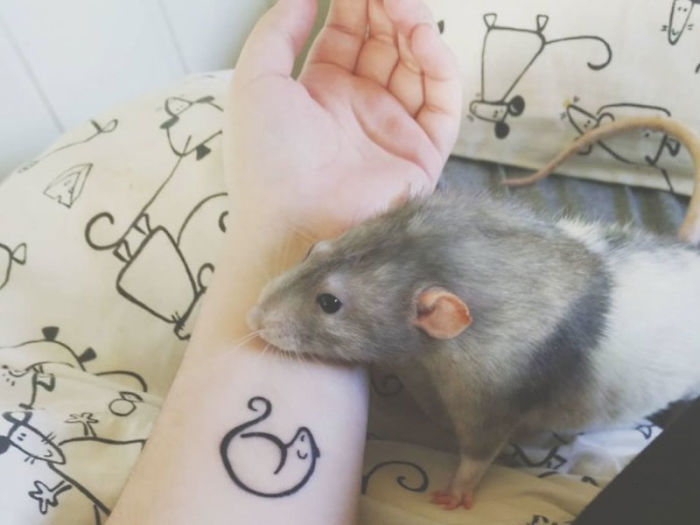 Other pet rats would sometimes bite their owner’s finger out of excitement or anxiety. But the talented rat was neither. In fact, Amelie shares that, “He wasn’t nervous or aggressive, but he simply had no interest in other people. It was really weird seeing that in a rat. Rats usually love strangers, new place. Just unexplored territory in general. But Darius didn’t care. He would just come back to me and demand some cuddles.” 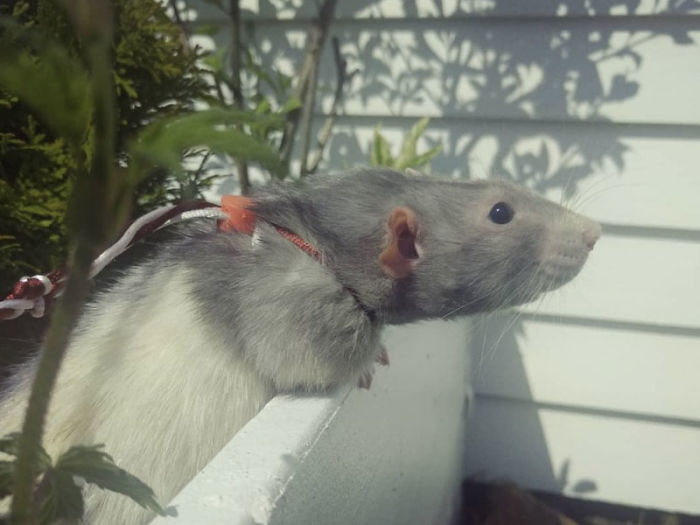 Andersen became Darius’ manager when he became internet famous. After selling his works, Andersen put into good use the money the paintings. She purchased a harness for the talented rat so that she could take him to explore the outdoors safely. When asked if she regrets letting go of Darius’ first painting, she said, “I do regret selling the original a little bit. But it also makes me happy thinking that his works are out there somewhere, hopefully still intact and well!”

His legacy lives on. 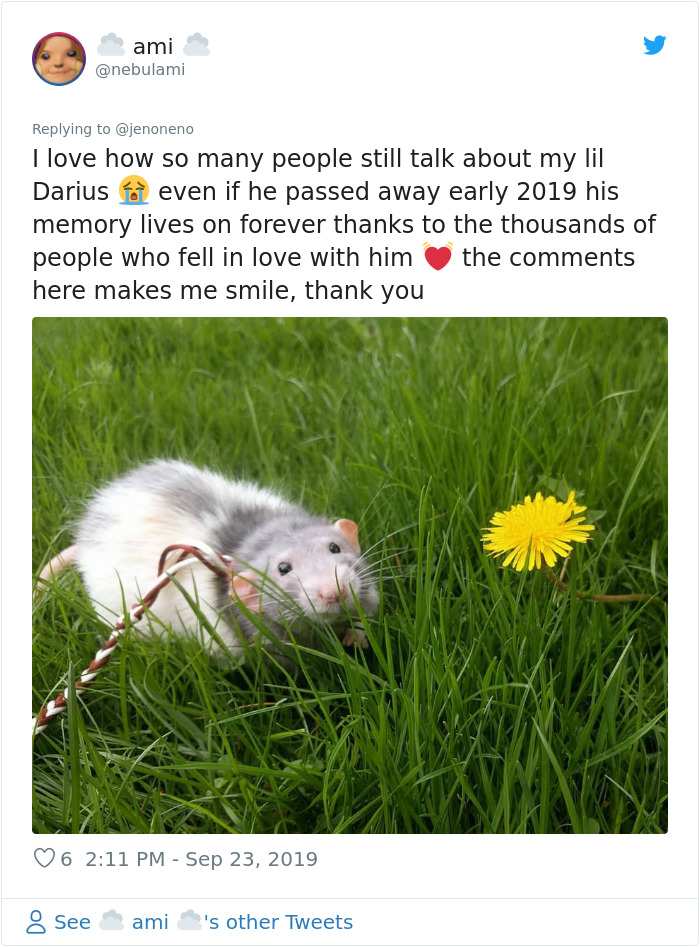 “It’s been crazy seeing all of it blow up like this. I never expected it would make people so happy. But I’m glad it did. Unfortunately, Darius didn’t make more than 4 paintings when he was still alive. But I am thinking about doing the same thing with my current rats, Gucci and Mango.” Andersen shared. We have yet to see more paintings from talented rat artists under Andersen’s guidance. Darius may have only lived for a short while, but he certainly lived a beautiful life.

Darius definitely made a lot of people smile.