What if you’ve come across a sleeping kitten that so uniquely positions himself as if he’s human? Wouldn’t you wish you’re Instagrammer chavata2023 and that this cat is yours?

There’s absolutely no doubt about it: cats are taking over the internet. Well, who can resist their cuteness? They’re so adorable and funny at the same time! Yes, it’s like whenever you’re having a terrible day, just watching funny cat videos would immediately cheer you up! These cats could just be playing around with stuff they’re not supposed to play with, getting stunned by some random item in the house, or just sleeping peaceably.

For some of these cats, a bed’s corner and a small area of a blanket would suffice to provide them a good night’s sleep. Still others, though, would boss around and occupy the whole space! These felines would spread themselves abroad and would leave their cat dads or moms no space. Well, that’s just absolutely cute. And yet, what’s really funny about cats and their sleeping habits is how they curl — or straighten up themselves like humans when they sleep! 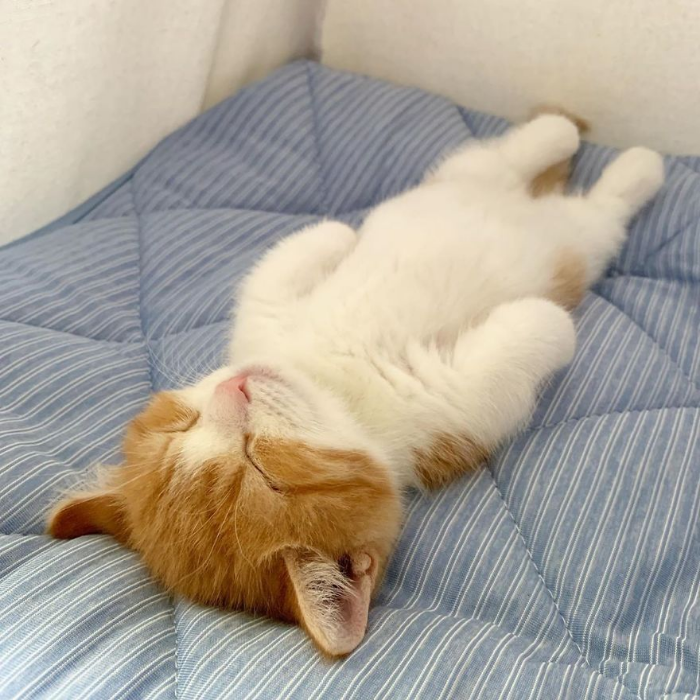 Yes, you’ve seen all sorts of cats curled up or just fitting themselves right there in the tiniest corner of the house. But here’s this sleeping cat position that we all find funny — laying flat on their back as if they’re sleeping like a human! Now, there’s at least one calico munchkin sleeping kitten who’s behaving just like this. This orange and white furball is killing it! His name? It’s Chata. And he has gone really famous for doing this. 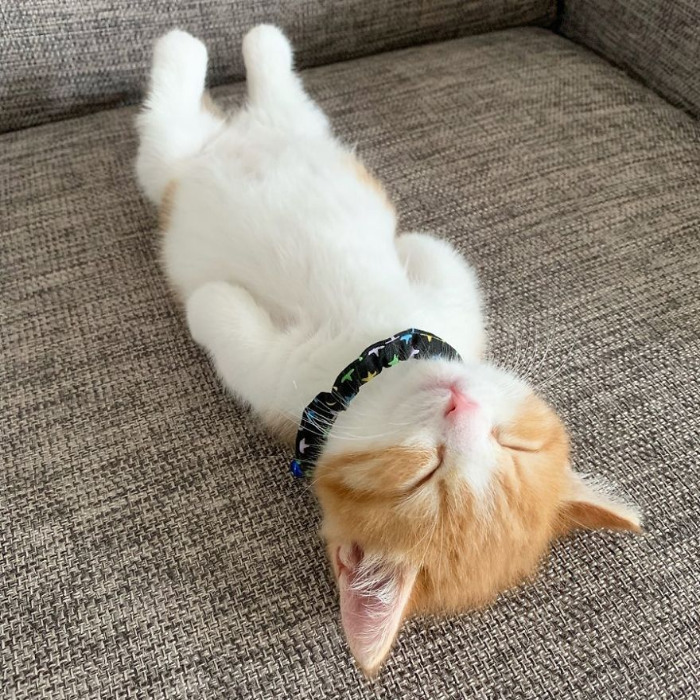 Meet Chata: the sleeping kitten who positions himself as if he were a sleeping human! 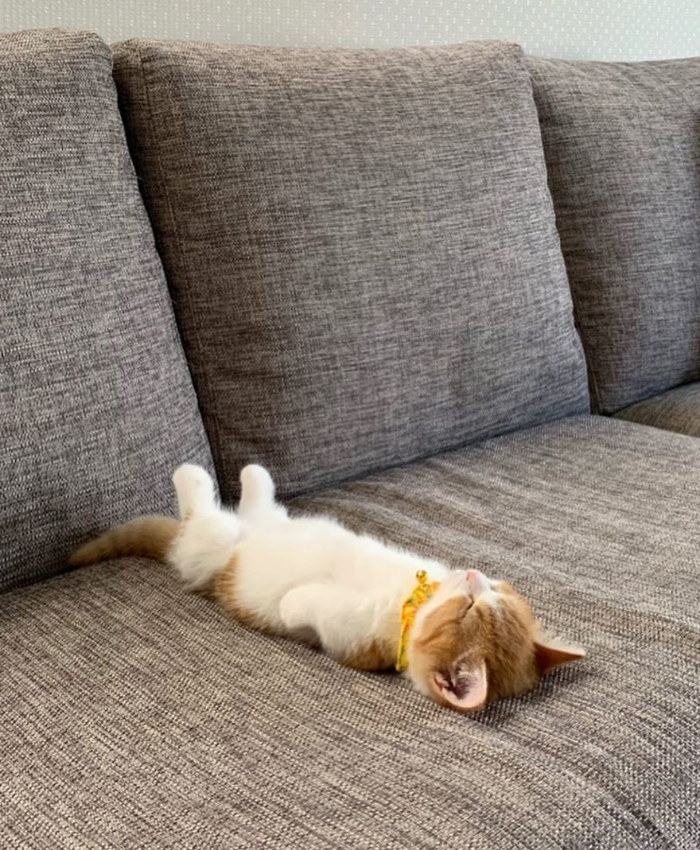 This sleeping kitten from Japan is just a baby. But, at two-and-a-half months, he has already gone viral! The internet has welcomed him again and again. Everyone seemed to be hooked at seeing him exposing his little paws and round belly. Of course, by sleeping that way, who wouldn’t have the urge to squeeze him gently? He’s just too cute and adorable, right? 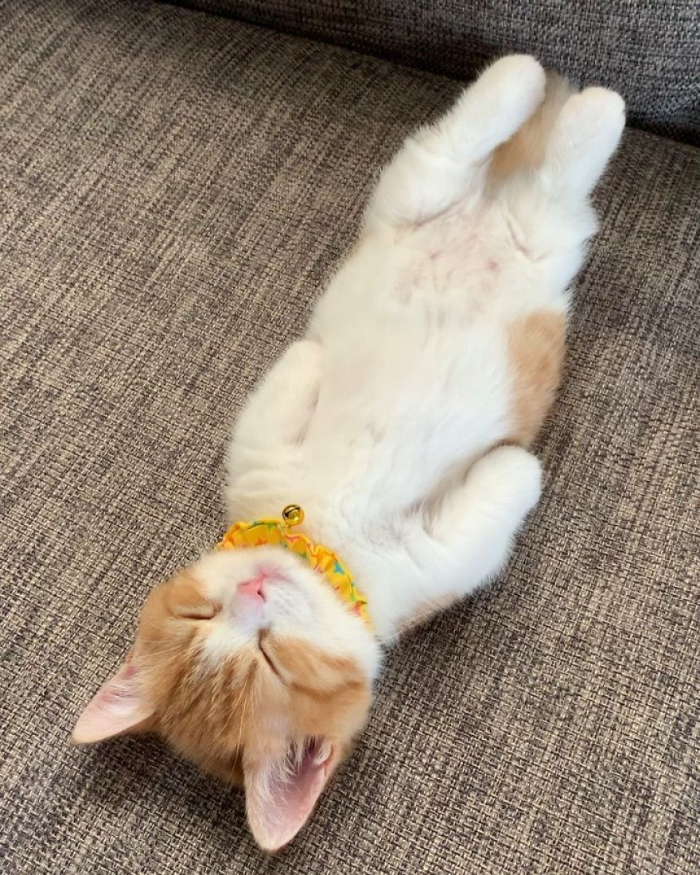 Painting bliss and satisfaction all over his face, the young cat seems to be enjoying sweet dreams. It’s as if he has no care in the world around him while sleeping. While we’re curious to know what this little guy could be dreaming of, we couldn’t just possibly know. Why? Of course — no one wants to wake him! 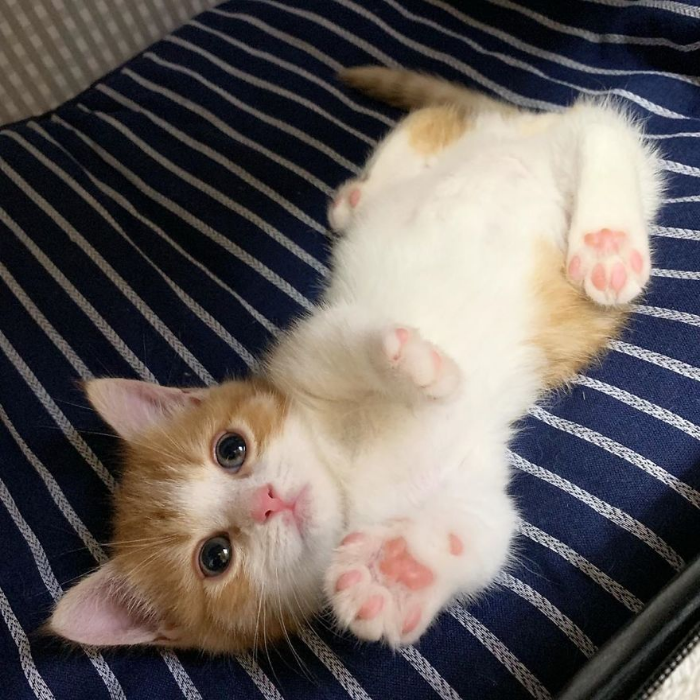 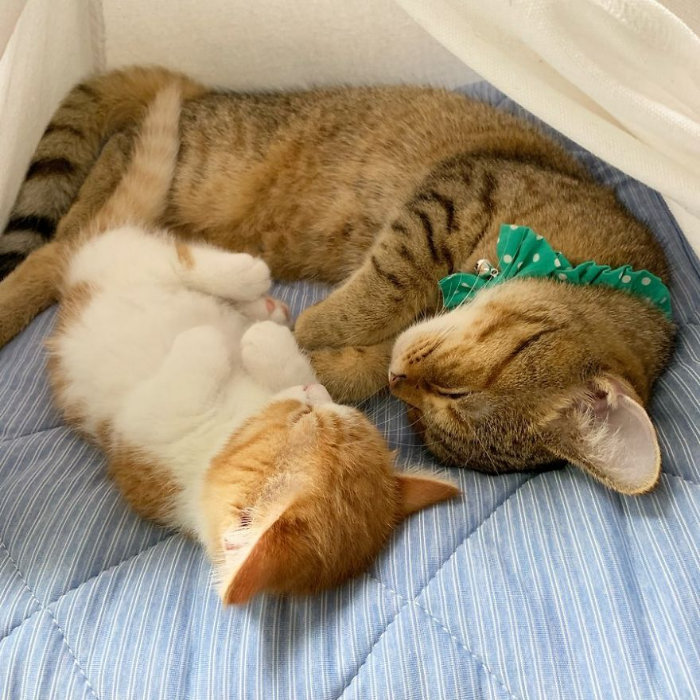 The sleeping kitten Chata is quite a newbie on Instagram. What Instagram? Well, here’s the username: @chavata2023. The account was born just in January this year. Its very first photo featured the kitten’s older sister Chava, and she’s nine months of age. Together, Chava and Chata have reached 41k Instagram followers. There’s no doubt how people love them! 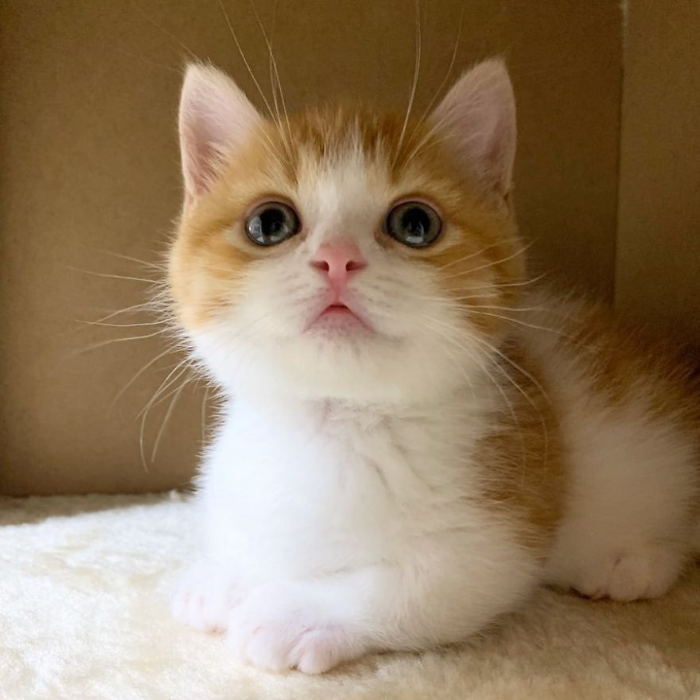 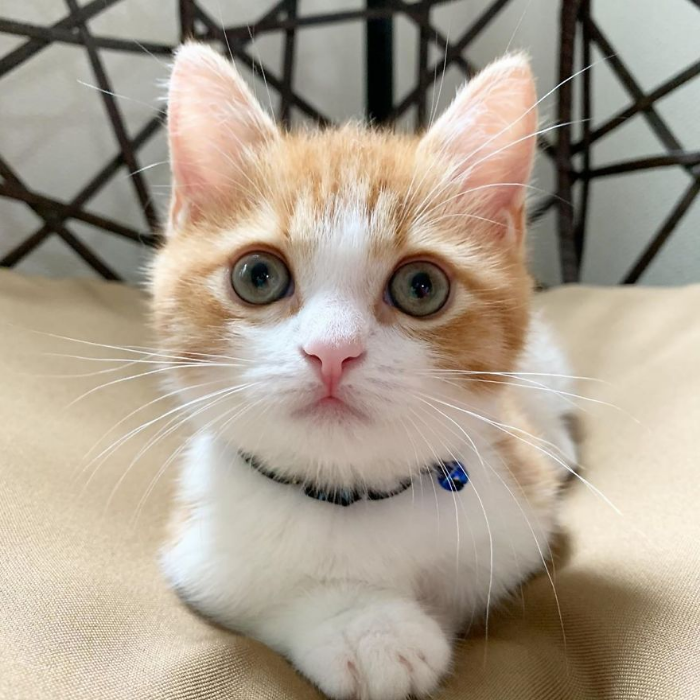