People Are Using Baby Yoda As A Christmas Tree Topper

Let this Baby Yoda Tree Topper take your holiday season to a galactic level. The second season of The Mandalorian series has just ended, leaving behind plenty of shocking revelations and new mysteries for fans to think about. More importantly, the fifth episode of Season 2 revealed the greatest mystery that has baffled us for so long. The popular character colloquially known as ‘Baby Yoda’ actually has a real name as it was finally revealed that his name is Grogu.

The revelation of The Child’s name is definitely the best Christmas gift that any Star Wars fans could have wished for. Furthermore, the name reveal only made the viral character even more popular than ever. Shortly after, the adorable Star Wars character became a popular decoration on many Christmas trees. And just like that, a Grogu tree topper has become a holiday trend.

A Baby Yoda Tree Topper Is Now A Trend 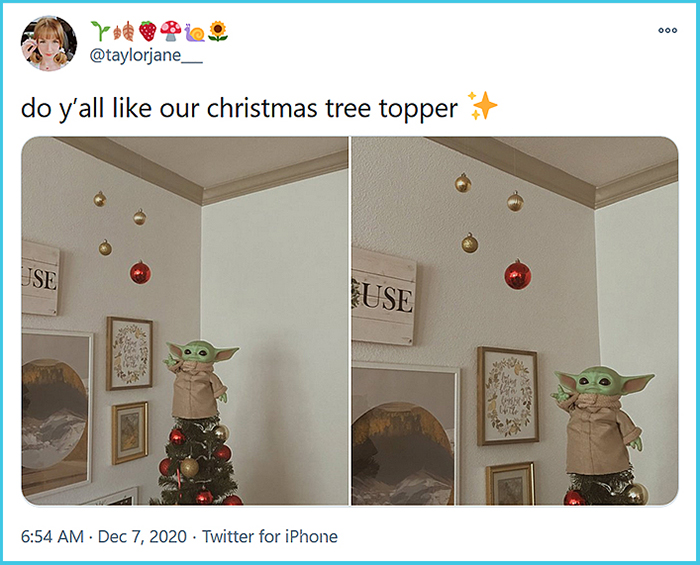 People began placing Baby Yoda dolls, plushies and toy figures on top of their Christmas trees in place of the traditional star or angel toppers. Indeed, placing The Child on the top of the tree is a geeky twist on the traditional Christmas tree. People even showcased their creativity by letting the cute figure hold a star or a bauble. Some even thought of hanging some baubles from the ceiling to make it look like Grogu is using the Force to levitate them with his arm raised. 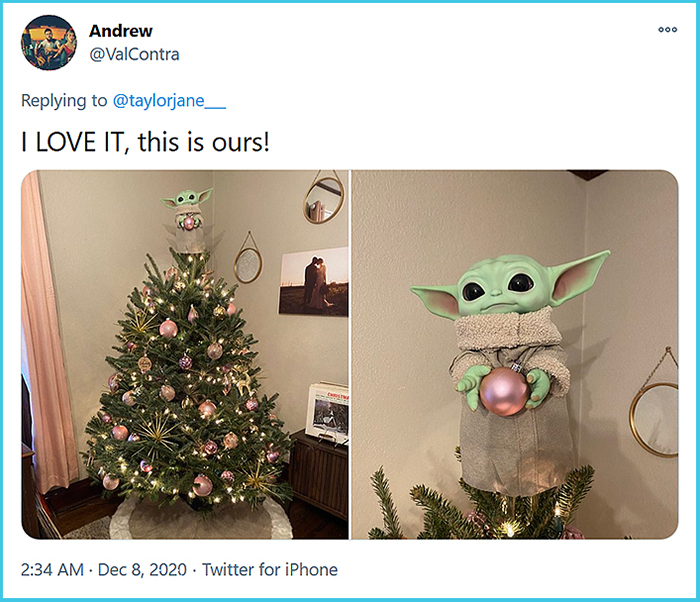 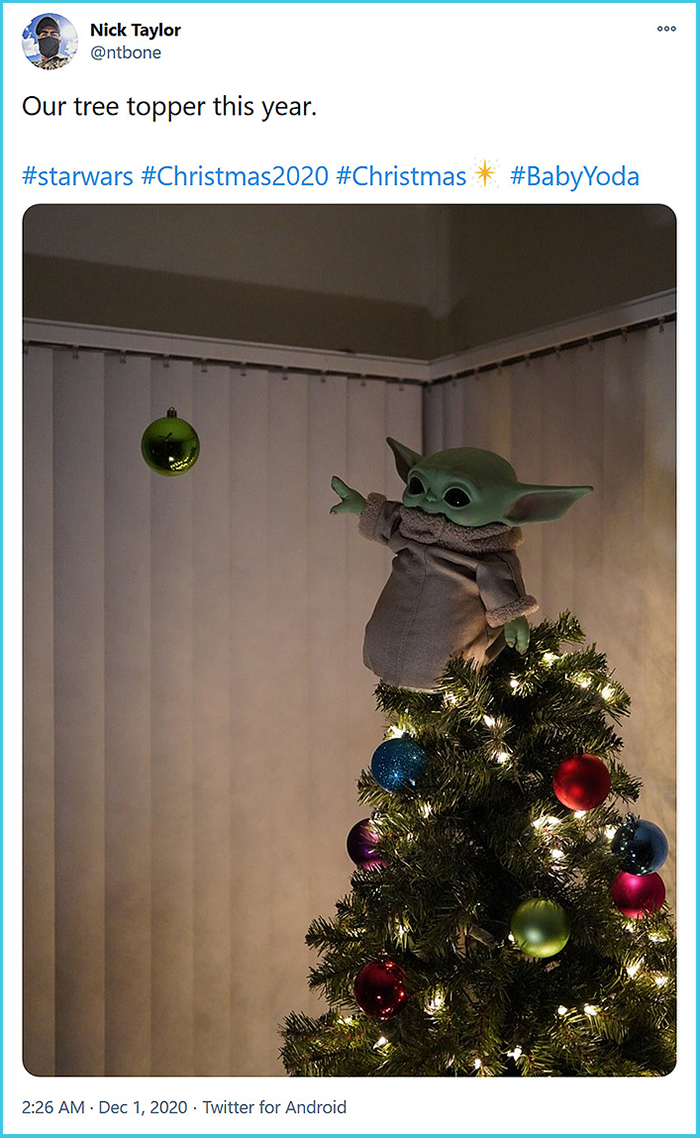 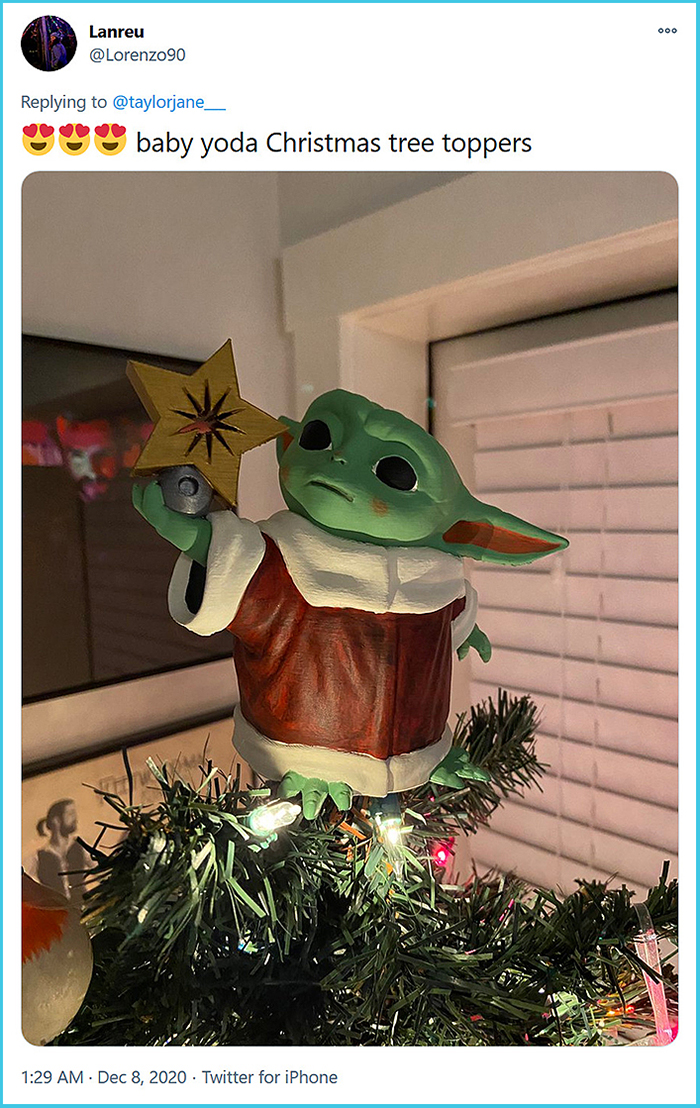 You can also opt to give the topper a festive twist by dressing The Child as Santa or by placing antlers on his head. If you have a Baby Yoda toy that you can place on top of the Christmas tree then you only need to be a little creative with it. If you’re into knitting, you can make your own knitted Baby Yoda by downloading the crochet pattern here. And may the Force be with you this holiday season. 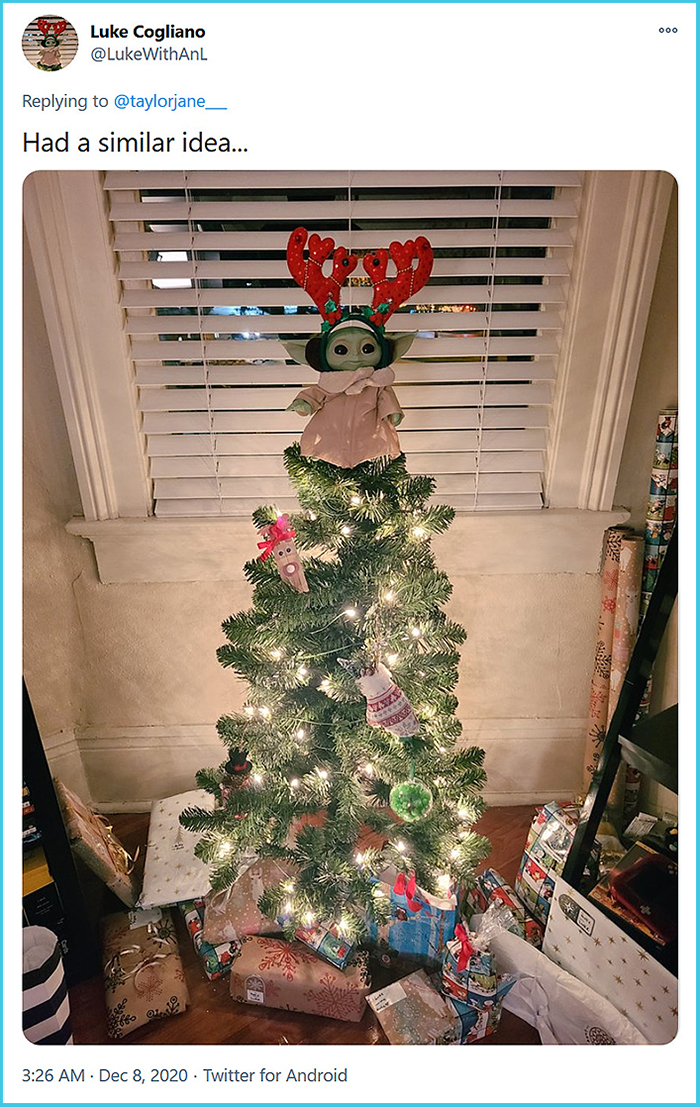 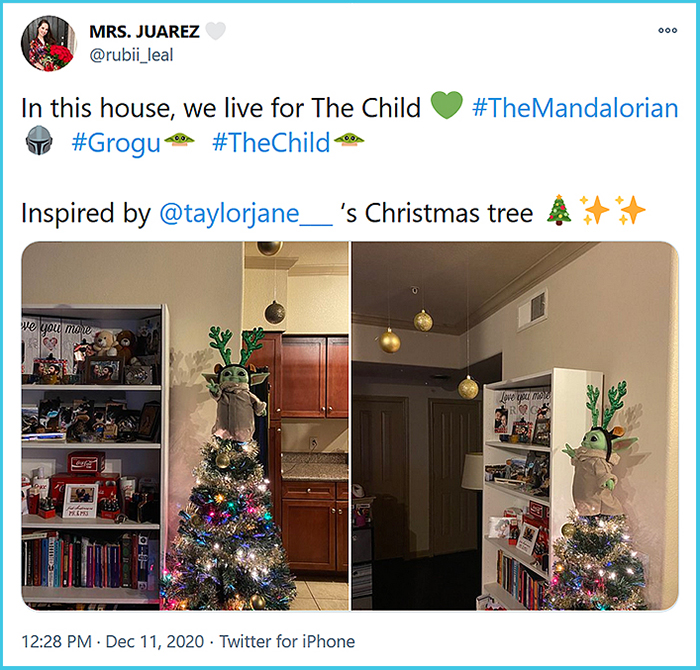 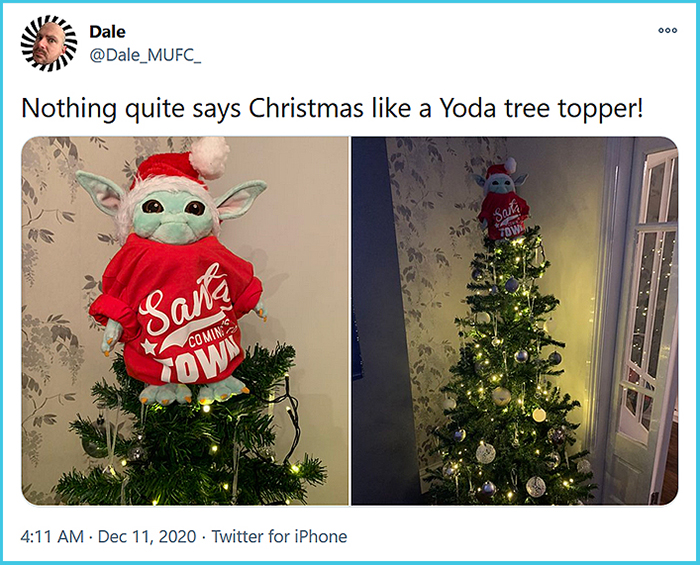 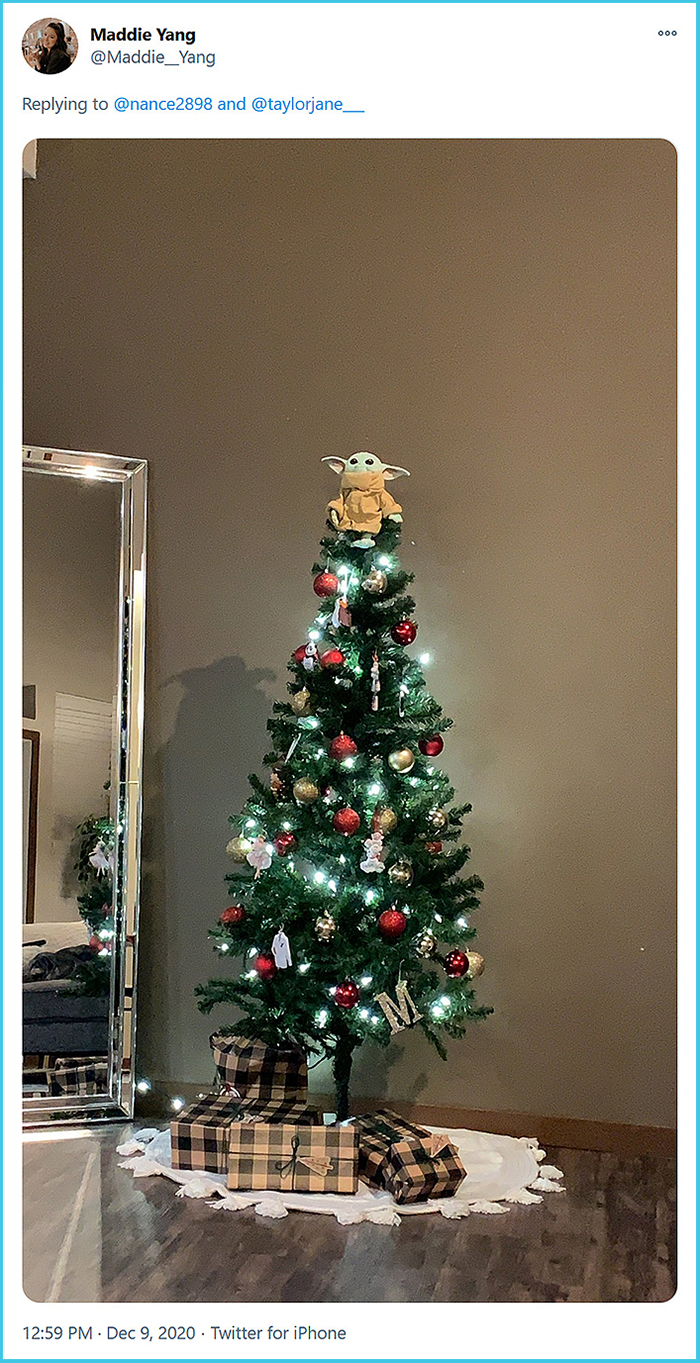 Find a baby Yoda to put on your Christmas tree.