Most architects would demolish giant boulders that may get in the way of construction. But Shanghai-based architectural photographer Amey Kandalgaonkar has a different take on this. Instead of removing the giant rock, the architect plans to build a house in it. Kandalgaonkar unveils his recent designs showing a minimalist house built inside a giant rock. The project, House Inside a Rock, features a grandiose amalgamation of a massive ancient rock and a modern house.

A natural primeval element and a man-made contemporary structure may seem like an unlikely match. But the House Inside a Rock project is a proof that opposite units can complement each other. Kandalgaonkar got the inspiration from Mada’in Saleh rock tombs in Saudi Arabia. The historic site features monumental tombs carved inside natural rocks dating back to 1st century CE. Until now, the remains are well-preserved inside the everlasting rocks with elaborate façades. 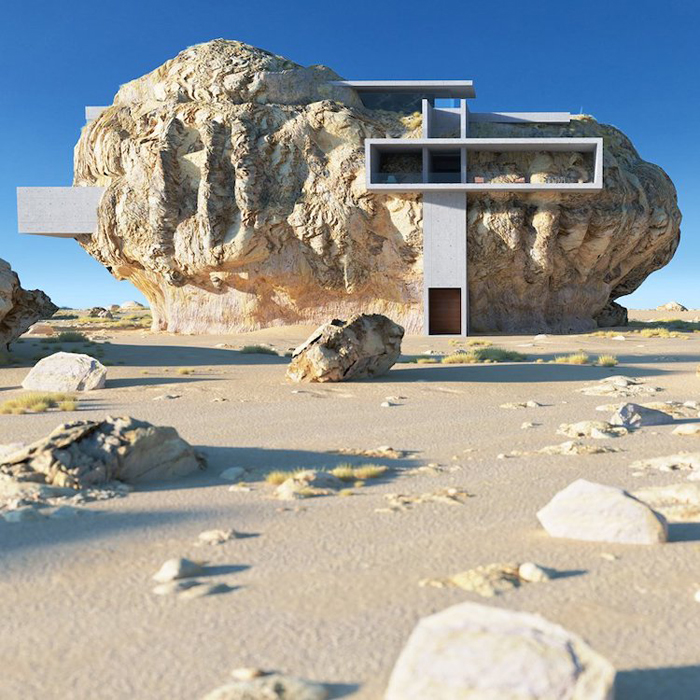 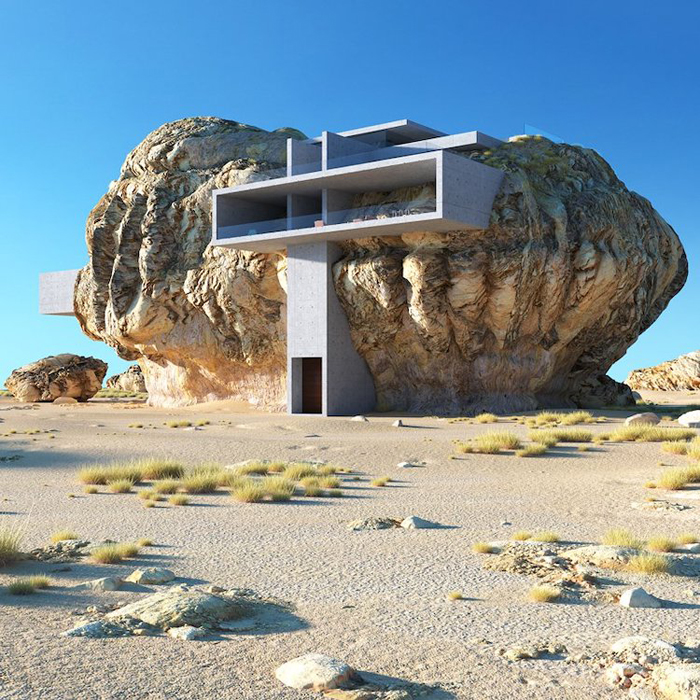 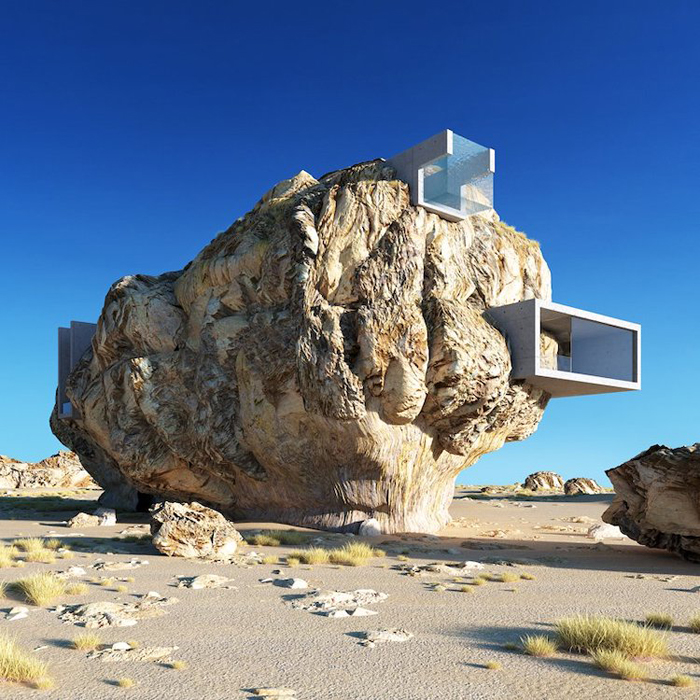 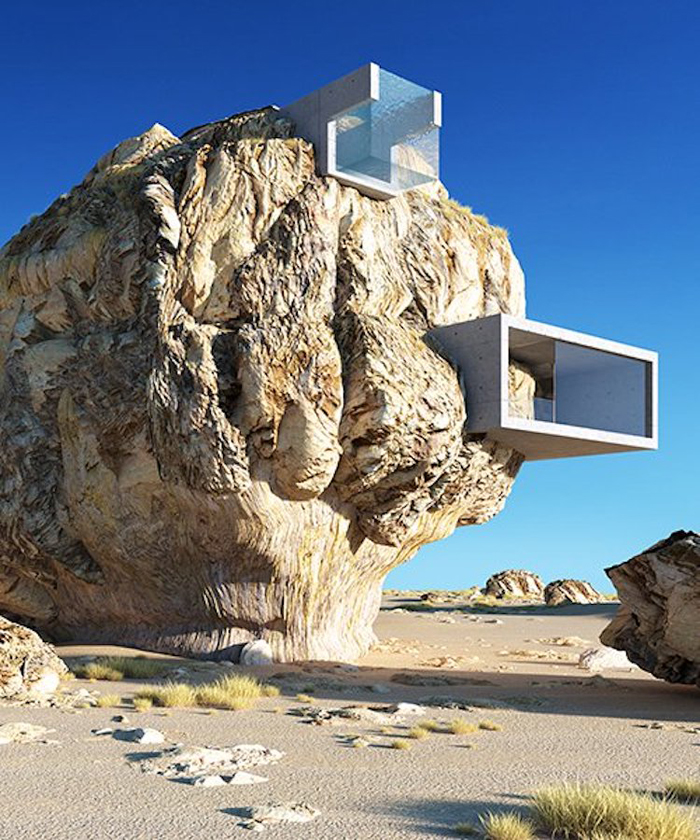 With this inspiration in mind, Kandalgaonkar considered the possibility of applying the same concept to modern architecture. Through 3D rendering, he conceived a modern minimalist home that cuts into a natural gigantic rock. However, the House Inside a Rock will not follow the tomb-like semblance of Mada’in Saleh. Instead, the contemporary architect uses the Chinese puzzle box as his inspiration for the design. But that’s not the biggest surprise yet. The façade shows minimal cubes and geometric planes embedded into the rough surface of the enormous rock. It may not look that much from the front, but when viewed from atop, the structure amazingly reveals its complex, modern form. 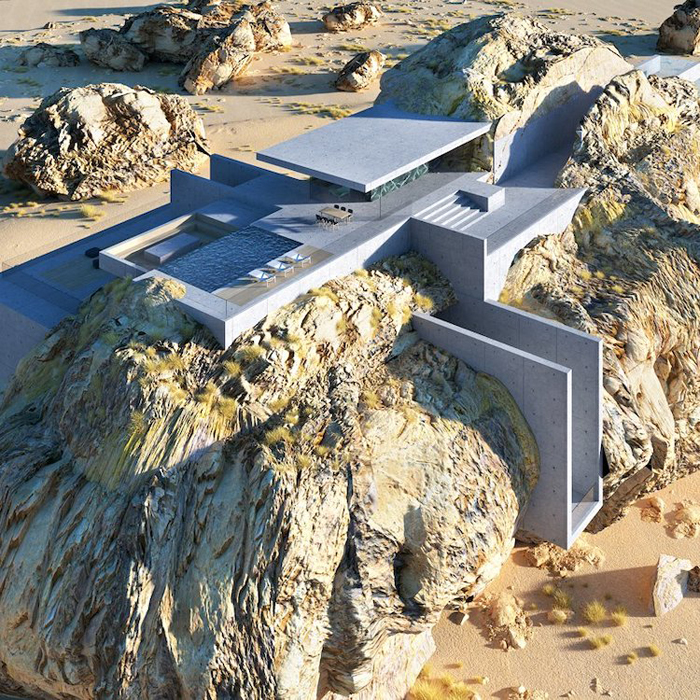 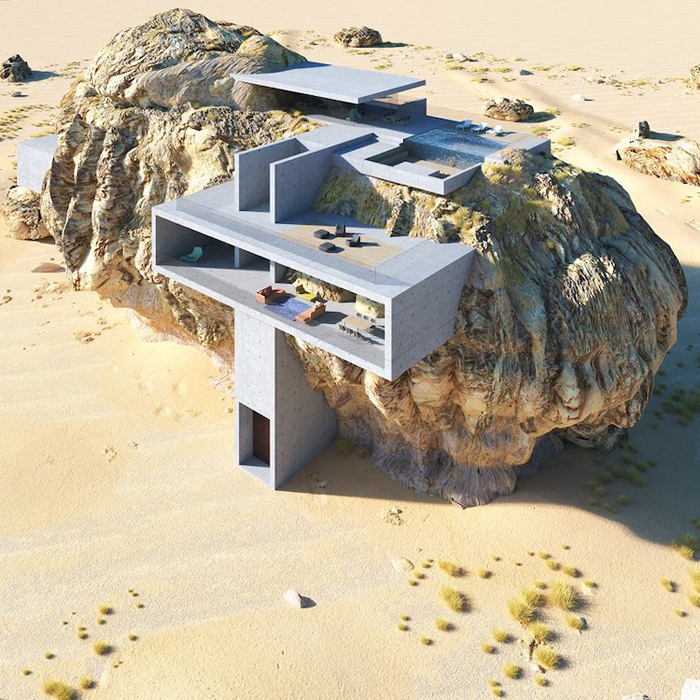 “I started out creating the rock in 3D software which in itself was a sculpting process. Later when inserting the house into this rock, I tried to keep its visual impact from eye level as minimum as possible and only when observed from a birds eye, the real extent of the intervention is revealed.”, the architect says.

The exterior design of the House Inside a Rock is stunning in every angle, catering to both minimalist and elaborate predilections. Kandalgaonkar is yet to reveal the interior design but we’re excited to take a peek inside this gorgeous architectural feat.