Apparently, the Zentangle therapy tutorial provides a sufficient remedy to self harm.

It’s not every day that we pay attention to mental health issues. And yet, they clearly surface every time we hear about a devastating event such when someone commits suicide. More often than not, issues such as cutting or non-suicidal self-injury would come below our radar. Typically, that’s because we don’t even notice how it’s already happening.

By definition, cutting is self-inflicted and deliberate destruction of one’s body tissue. In fact, it affects as many as one in five individuals around the world.

Now, in contrast to those who commit suicide, people identified as cutters are actually not trying to kill themselves. Self harm is something they do instead to feel alive instead of numb. The reason? The act of cutting actually releases endorphins. Nonetheless, self harm can be very dangerous. It can even send one immediately to the hospital. The good thing now is that a few individuals with deep concern have shared via the internet the Zentangle therapy tutorial. It’s a way to cope with internal issues through art.

One former cutter has shared with the internet how she has overcome self harm through art. 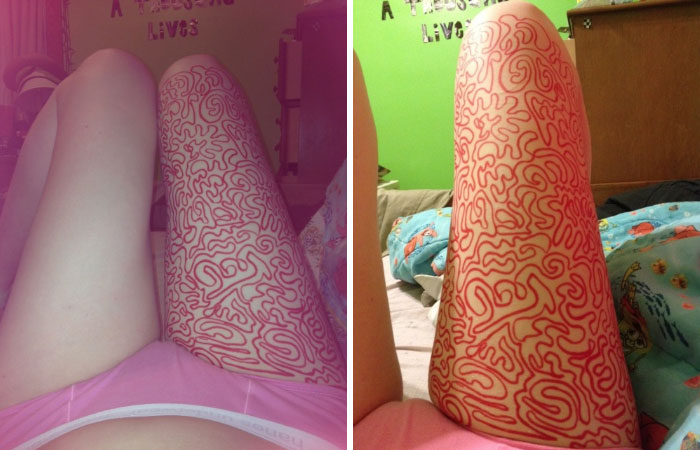 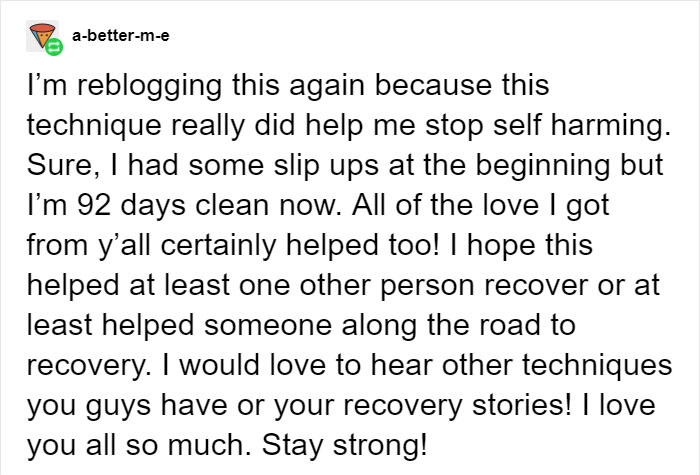 Someone else who had been concerned has seen the post and pointed out the Zentangle therapy tutorial. It’s easy-to-draw patterns could further help overcome self harm.

“Zentangle art is non-representational and unplanned, so you can focus on each stroke and not worry about the result. There is no up or down to Zentangle art. If fact, you can most easily create Zentangle art by rotating your tile as you tangle — always keeping your hand in a relaxed position. You don’t need to know what a tangle is going to look like to draw it. You just need to know the steps. The result is a delightful surprise.” 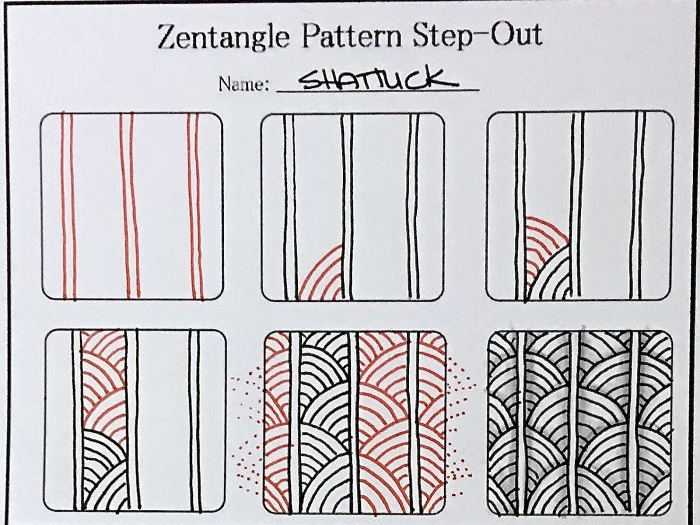 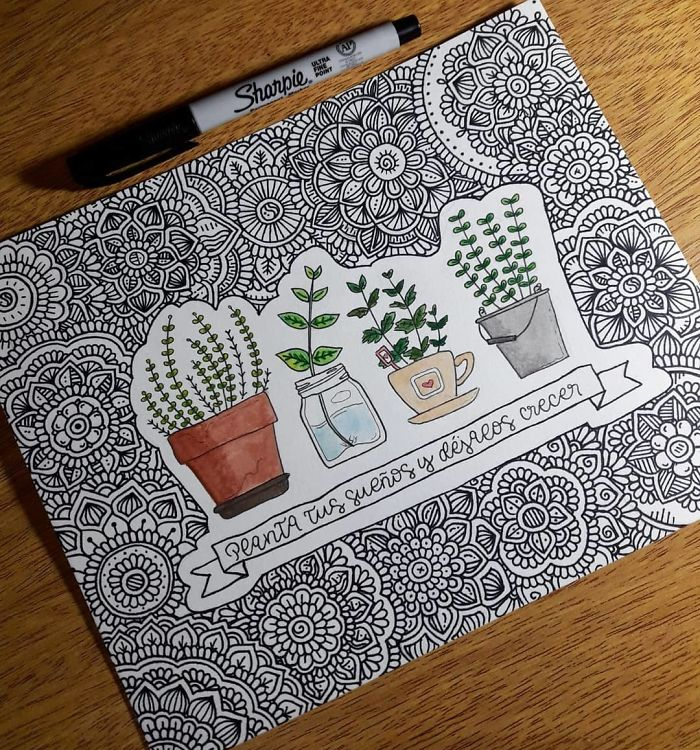 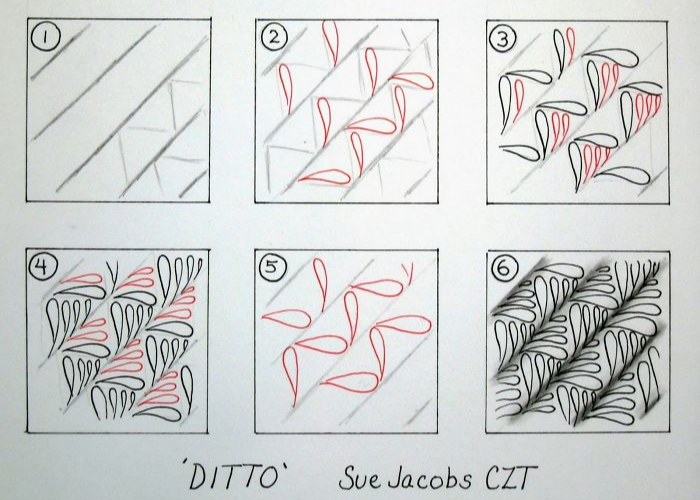 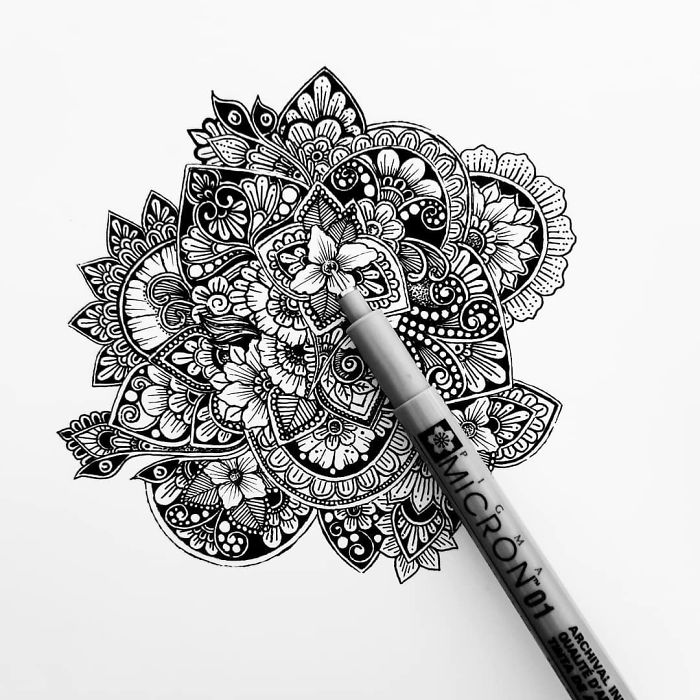 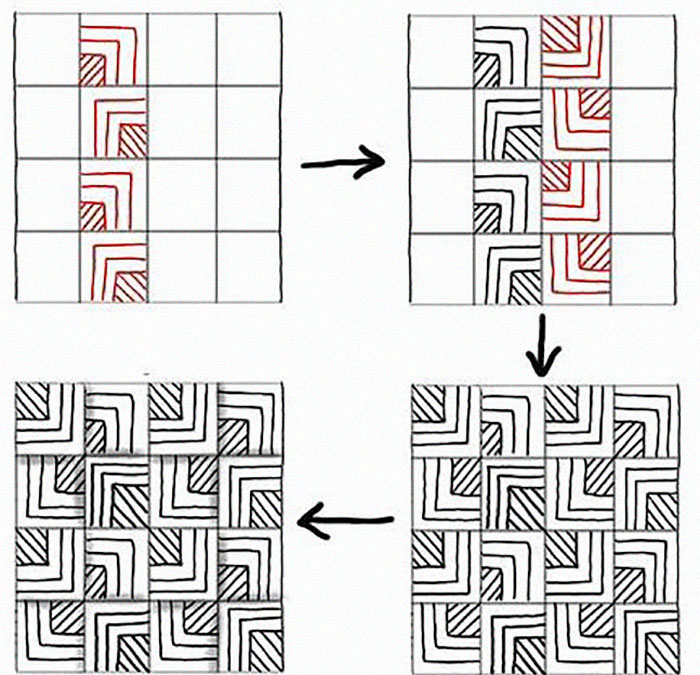 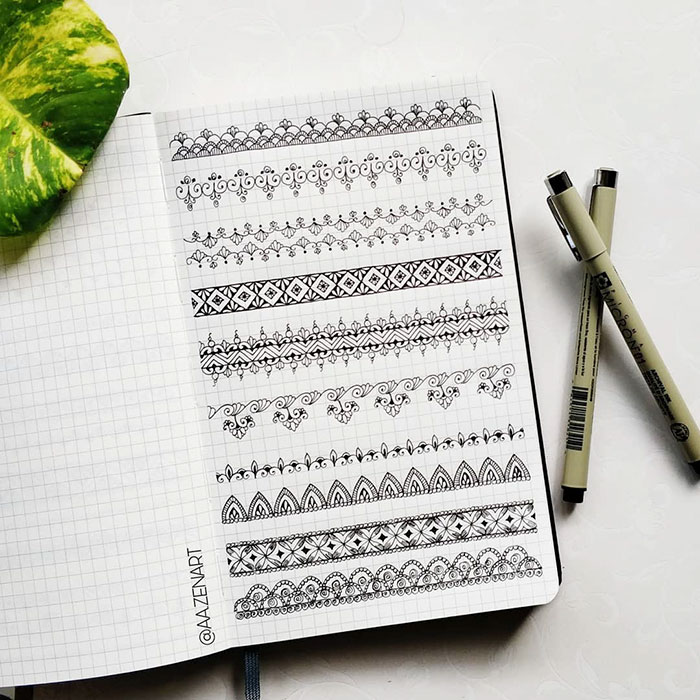 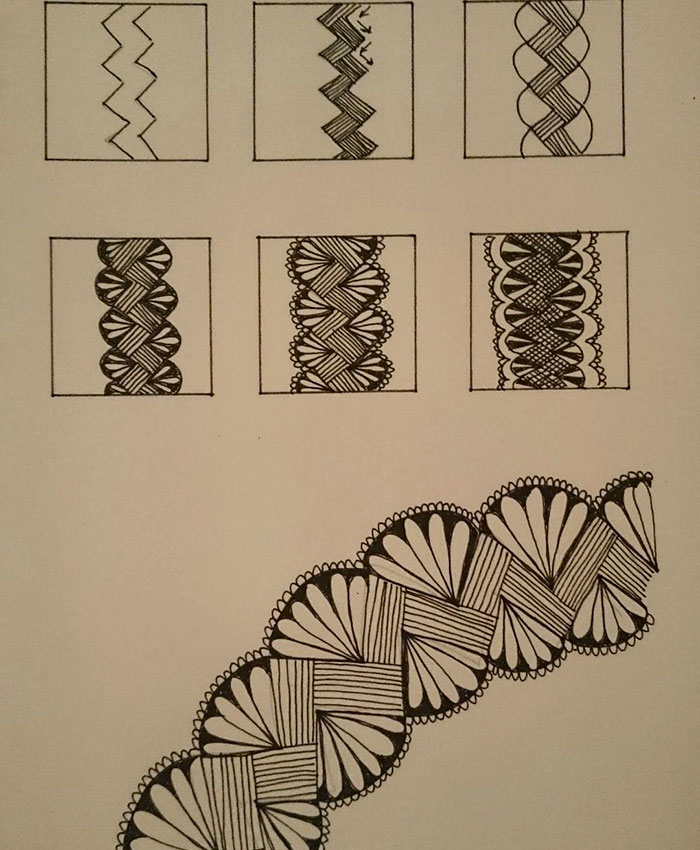 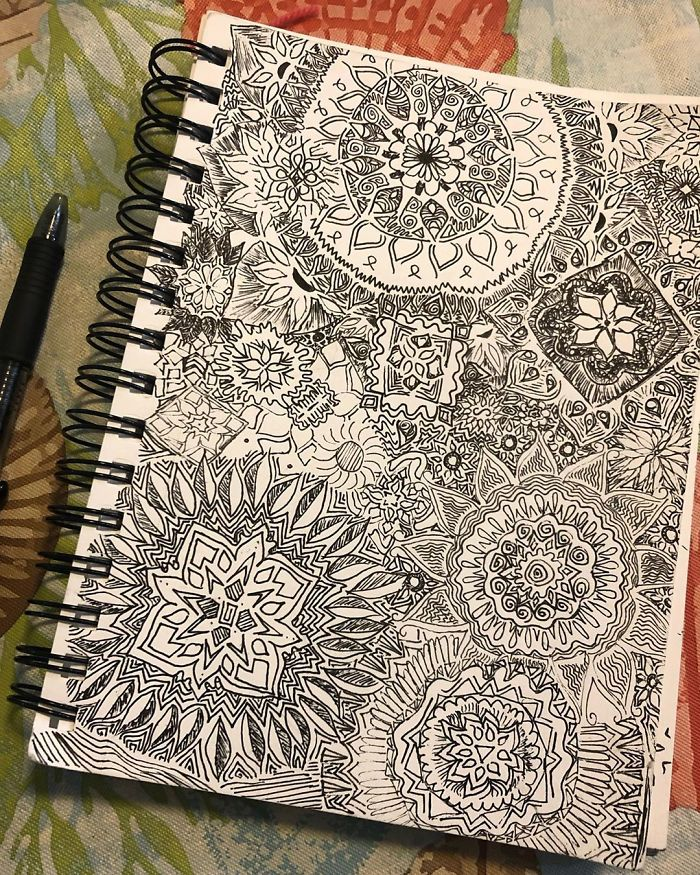 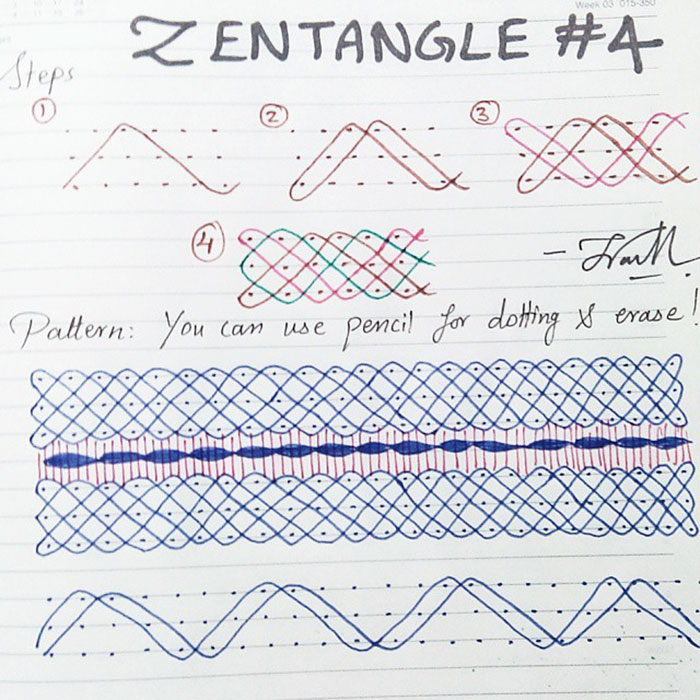 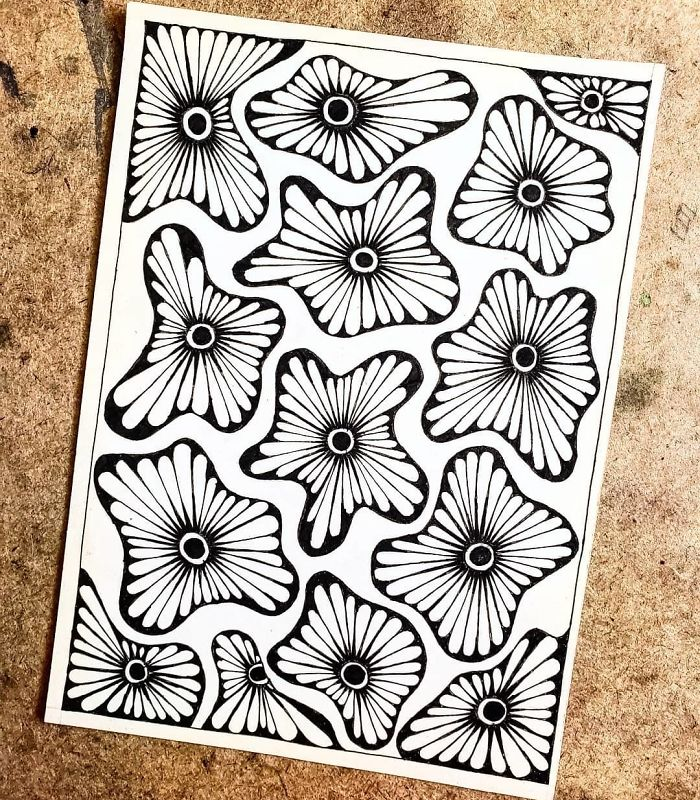 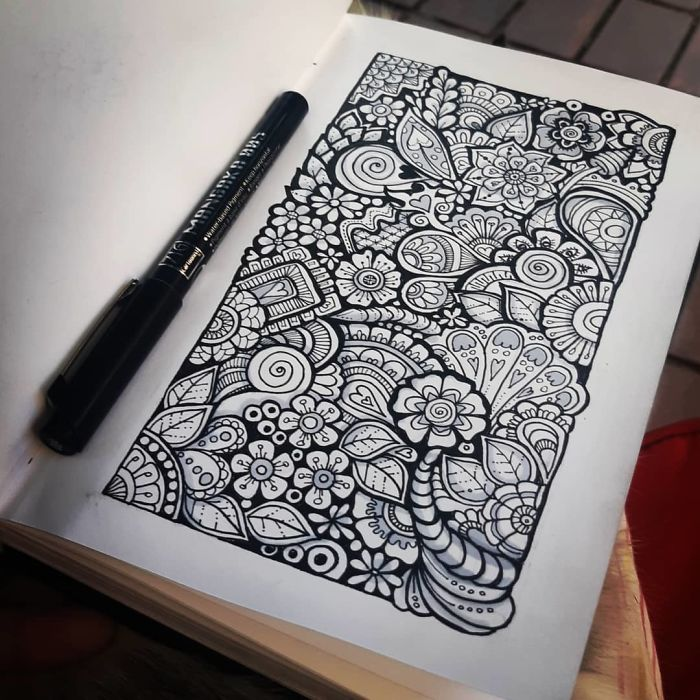 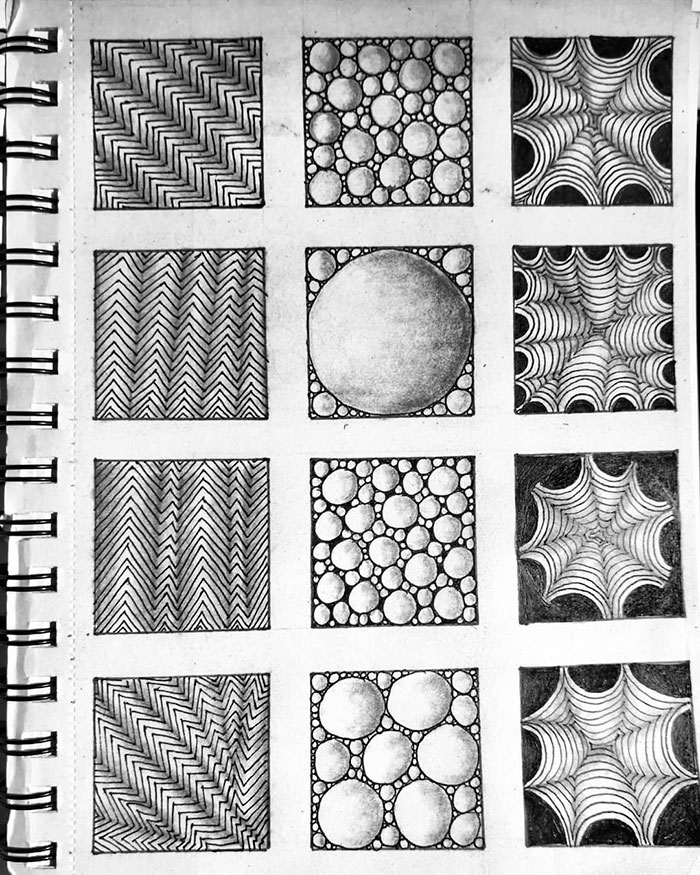 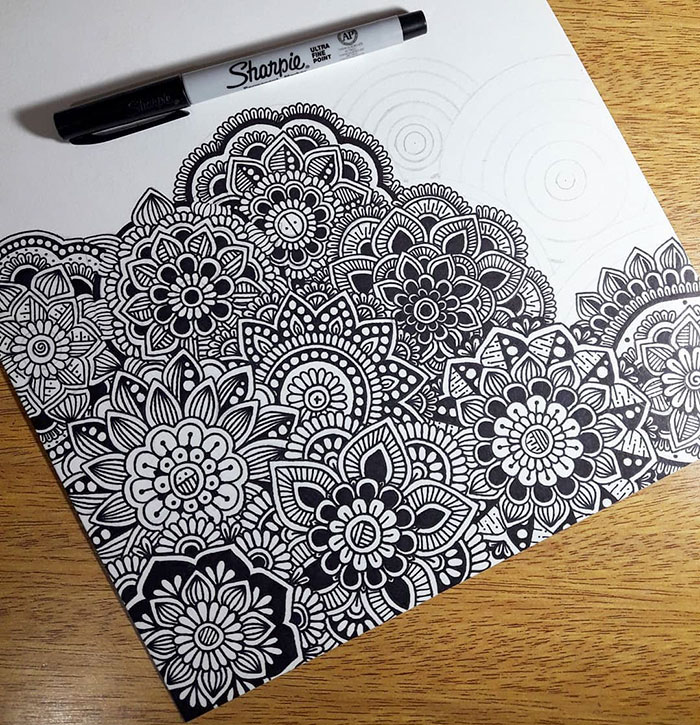 The following illustrates some Zentangle therapy tutorial samples for you to follow.

Those who do self harm have appreciated the method a lot.