Can you picture yourself living in a lavish underground bomb shelter? This Las Vegas residence may look like a 1970’s suburban home from the surface. But beneath the surface of this property is a huge doomsday bunker complete with luxurious amenities. So you might be wondering why someone would build a sophisticated home under the ground.

After World War II, there was a period of political rivalry between the United States and the Soviet Union. The Cold War started in 1947 and lasted until the dissolution of the Soviet Union in 1991. During this period, there was a nuclear stalemate between these two super-states, each with its own weapons of mass destruction. Despite the geopolitical struggle, neither the US nor the USSR officially declared war on each other. However, the threat of possible nuclear attacks have struck fear in the hearts of people on both sides. By 1960s, there were an estimated 200,000 underground shelters built in the US. And that was just a rough estimate because many people prefer not so disclose this kind of information.

This luxurious underground bomb shelter has a huge backyard, a house and a guesthouse 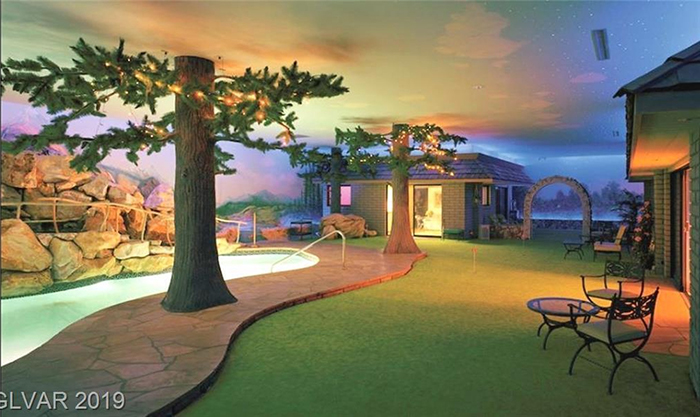 In the mid-1960’s, bunkers became so popular due to the fear of an impending nuclear war. If a nuclear attack should have happened, it would have wiped out everything on the surface. In order to survive the possible doomsday, many Americans embraced the idea of building an underground shelter. Of course, many people designed their bunkers to make it as homely as possible. 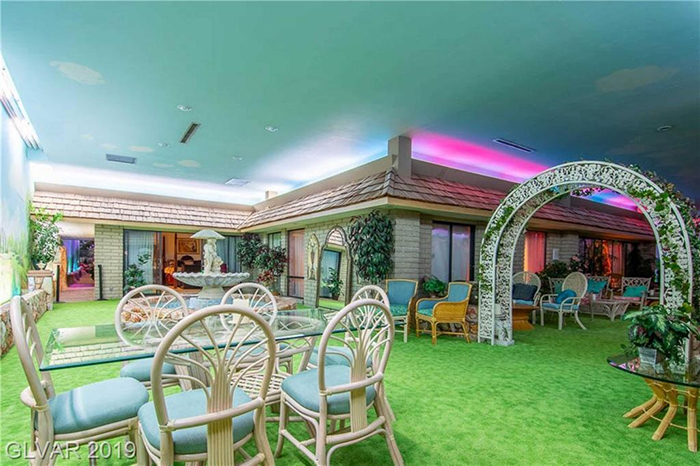 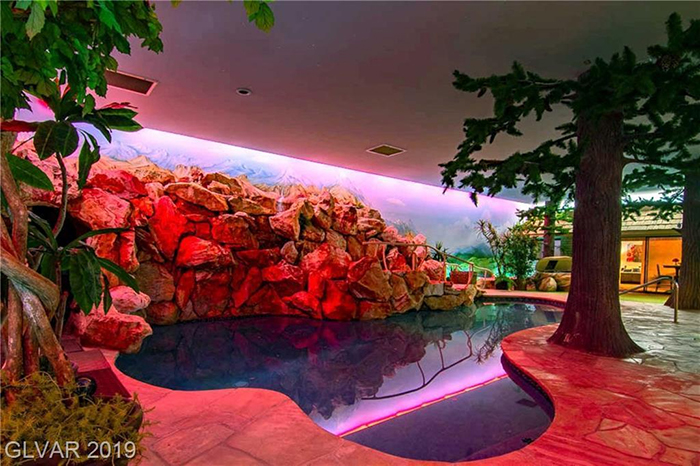 Entrepreneur Girard B. “Jerry” Henderson, director of Avon Products and the founder of the Alexander Dawson Schools, was also one of those who believed that the world ‘on the surface’ wasn’t safe anymore. In the 1970’s, he built an underground shelter mansion at his property in Las Vegas. It’s a subterranean rectangular 15,000 sqft bunker mostly constructed from concrete and steel. 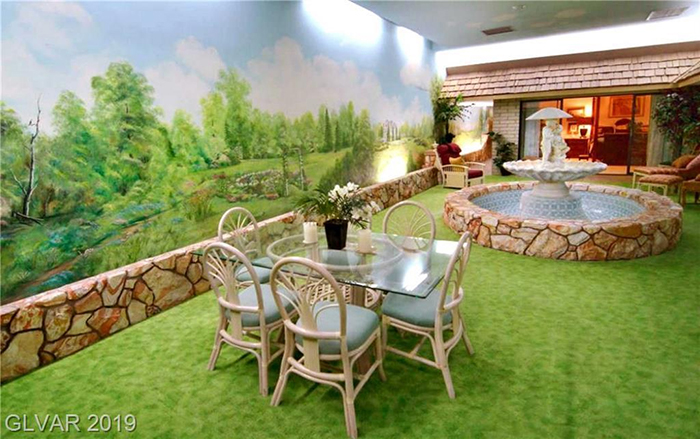 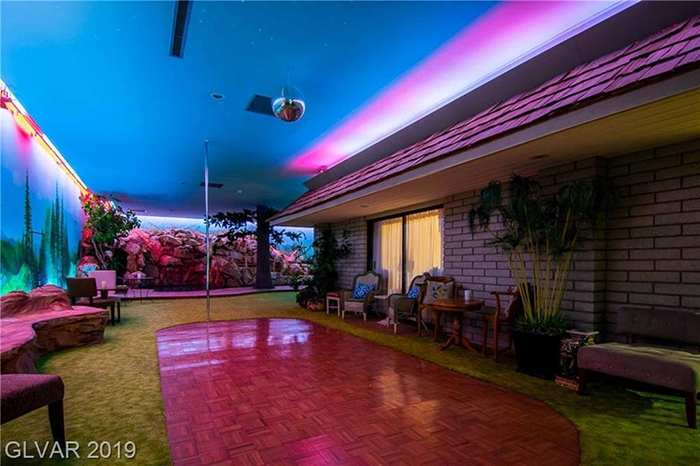 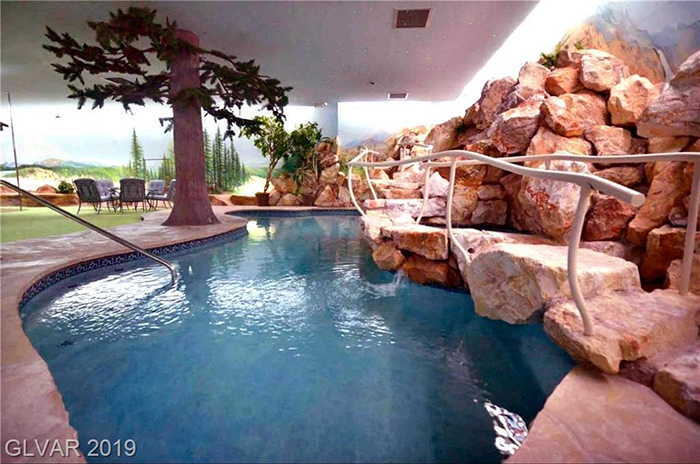 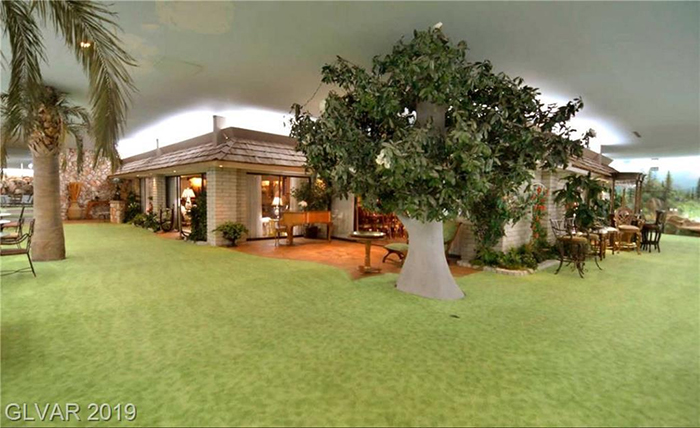 With This Bunker You Can Live In Luxury

Henderson’s bunker isn’t just an ordinary fallout shelter but it was a luxurious mansion as well. Apart from the 5,000 sqft house, the underground shelter also has a backyard, pool, spa and a guesthouse. It also has artificial trees, rocks, waterfalls, and a fountain for a natural touch. And to give the residents a realistic outdoor experience, the ceiling and the walls feature illuminated murals of wide open spaces. Furthermore, the lights simulate the current times of the day. Lights come in full brightness during the day, dim down in the afternoon, and twinkling stars appear on the ceiling to simulate the night sky. 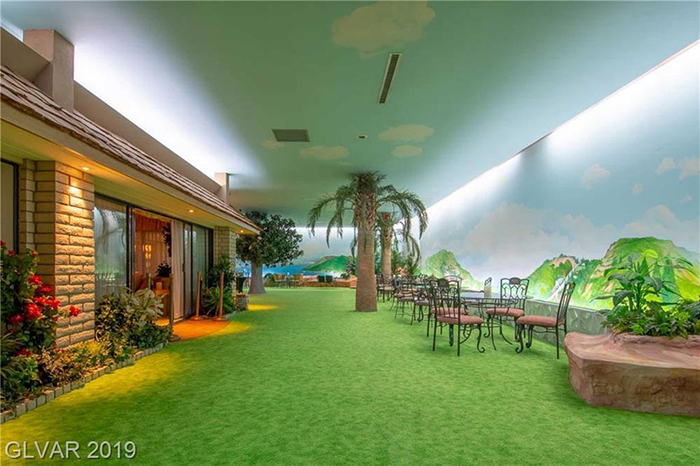 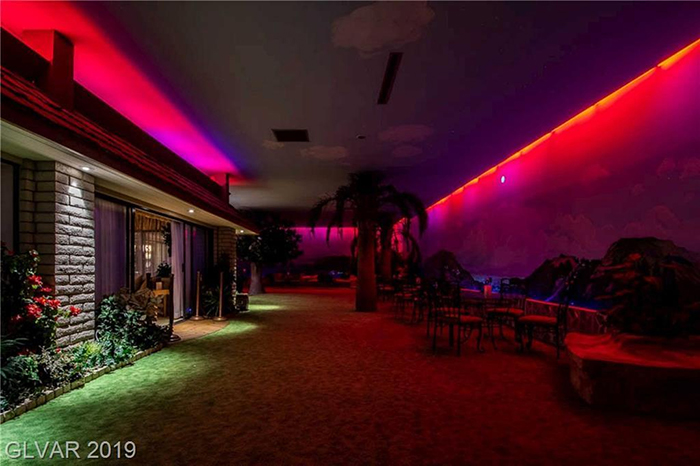 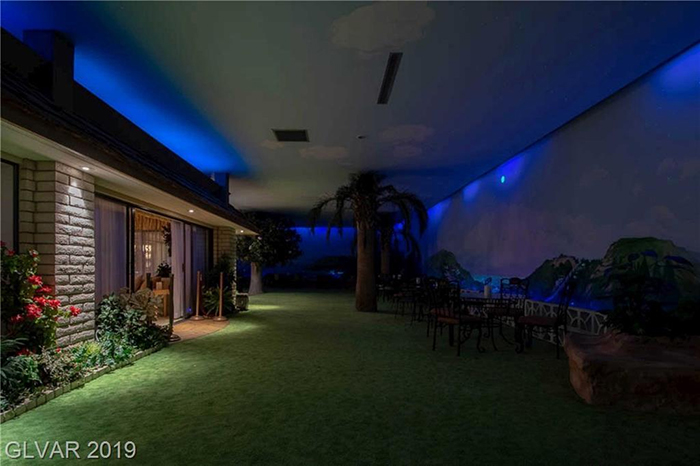 The 5,000 sqft house comes complete with spacious bedrooms, a comely kitchen, six bathrooms, a pool, a Jacuzzi, and a dance floor. Not to mention, the decorations and furnishings were all constructed in the 1970’s. So the underground shelter looks like a 1970 abode perfectly preserved in a time capsule. Henderson is said to have lived in his elegant bunker until his death in 1983. After his death, his wife decided to build a town house on the surface of the bunker where she lived until she died in 1989. 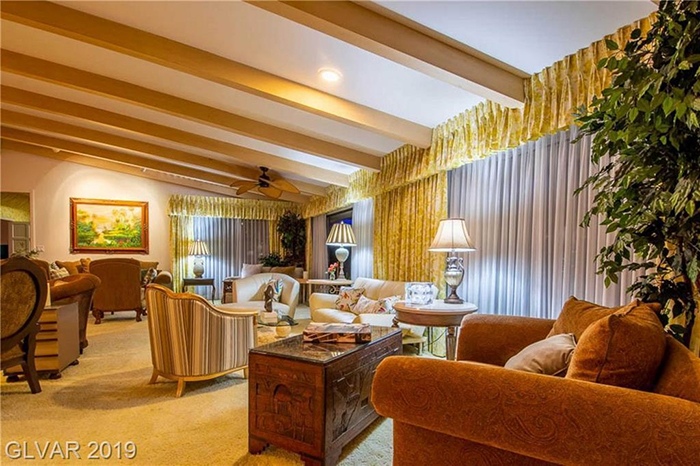 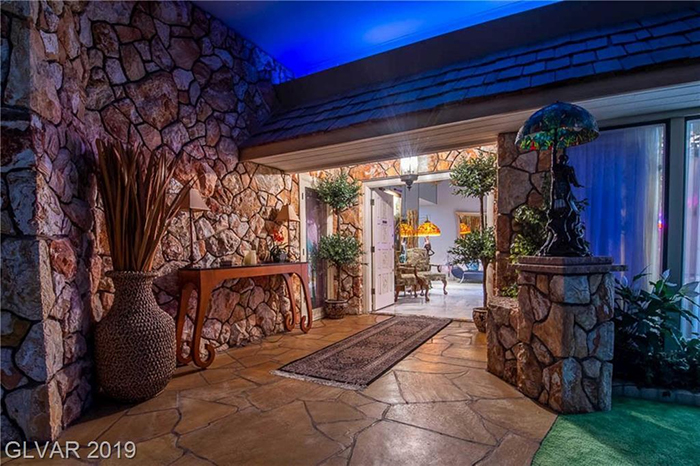 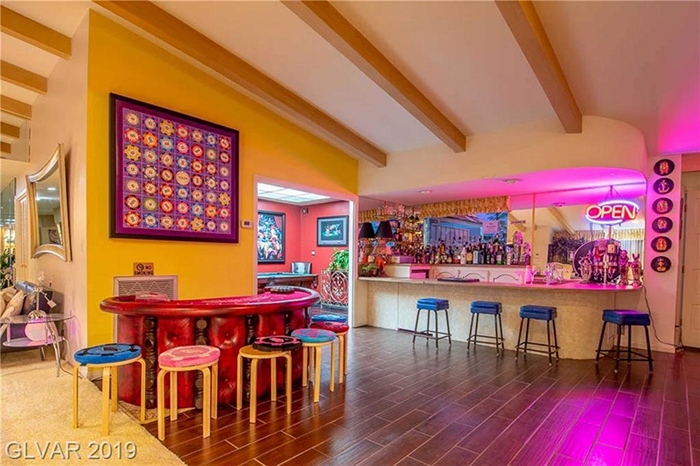 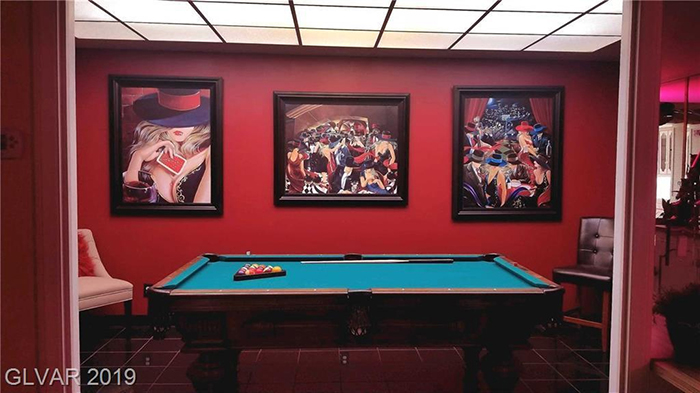 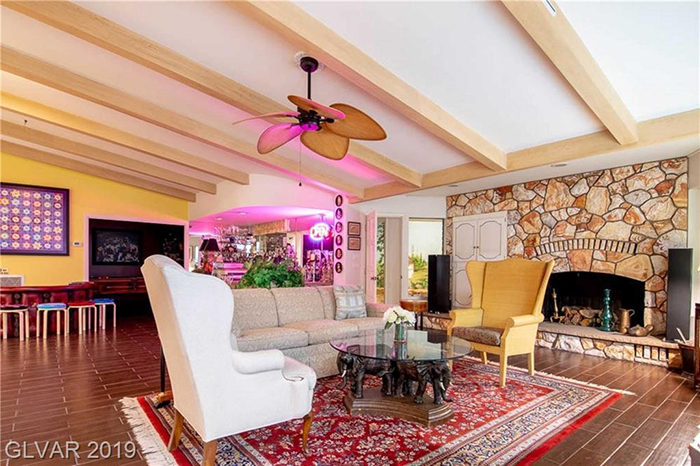 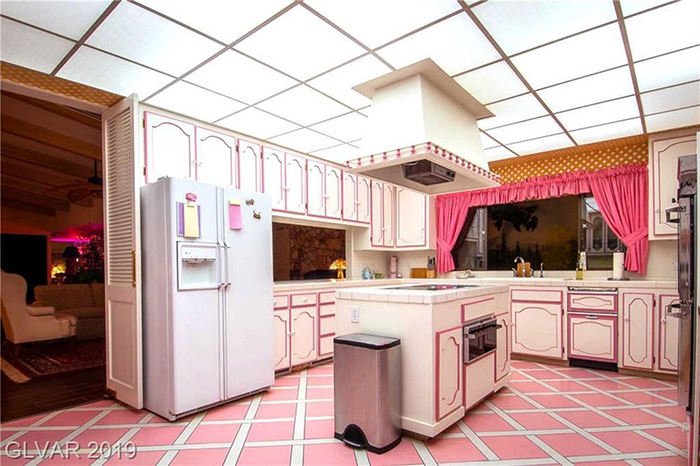 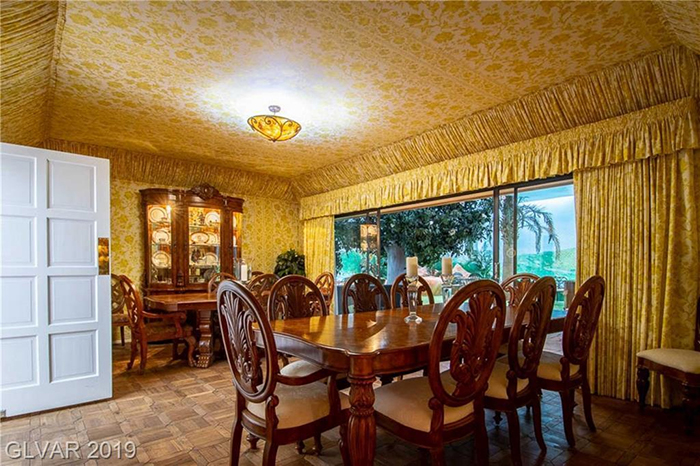 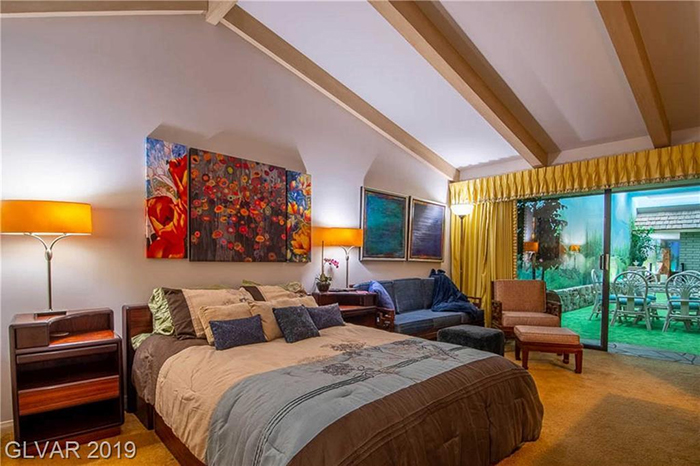 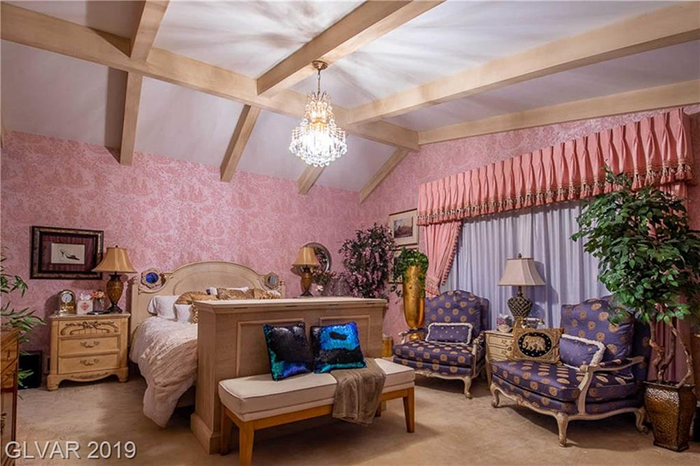 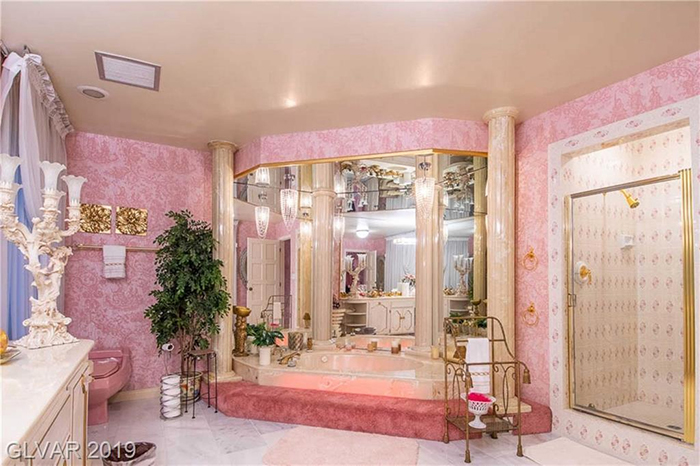 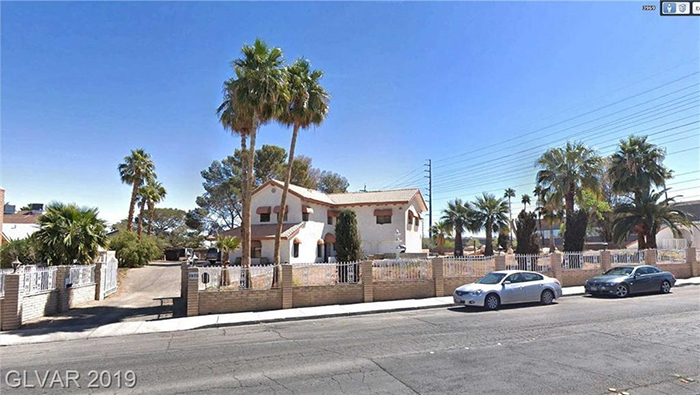 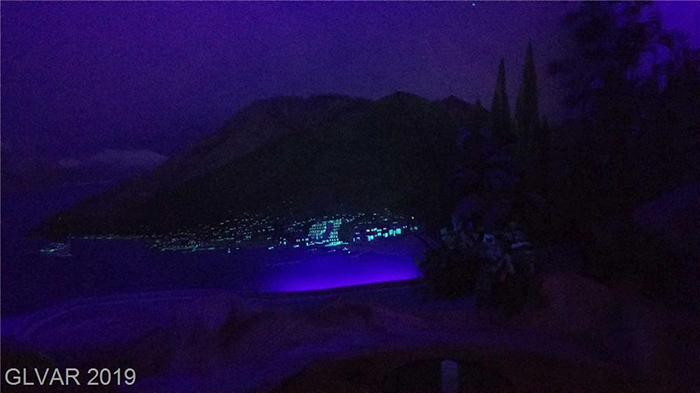 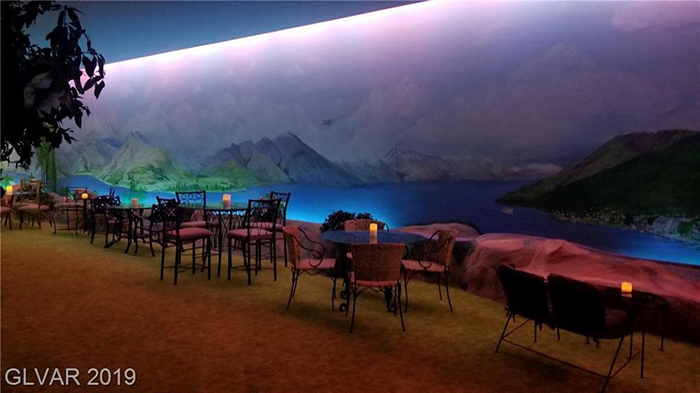 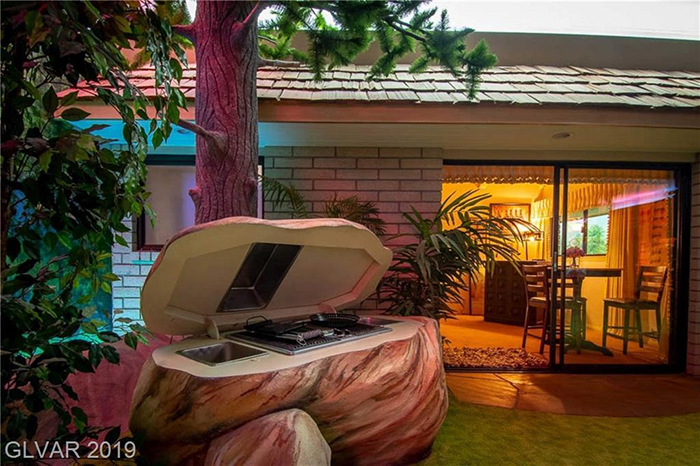 Henderson’s underground  shelter mansion is now listed on Redfin for $18 million. From the surface, you can get to the bunker in an elevator or by a secret staircase in the backyard shed. During these scary times, it would be nice to isolate ourselves in a posh bunker where we can have everything we need. Whether it’s a nuclear threat, or a pandemic scare, or a zombie apocalypse, this luxurious fallout could keep us safe from any threat in comfort and style.