Hilarious Tweets From Parents That Sum Up Mealtimes With Kids

Anyone parent will know that mealtimes with kids can be difficult. They love a certain food one day, only to despise it the next. They tell you what they want, to act like you’ve gone completely against their wishes. The list goes on and on! For those of you who don’t have kids, these hilarious tweets will help you to understand what goes on. For those of you who are parents, sit back, enjoy and feel comforted that you are not alone in your food battles!

Hilarious Tweets From Parents That Sum Up Mealtimes With Kids

This must be the explanation for all the uneaten apples!

Don’t you just love it when kids change their mind in less than 1 second?! 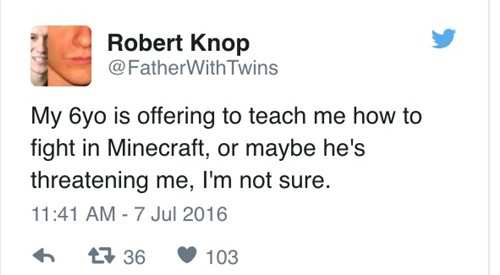 The kid makes a good point! 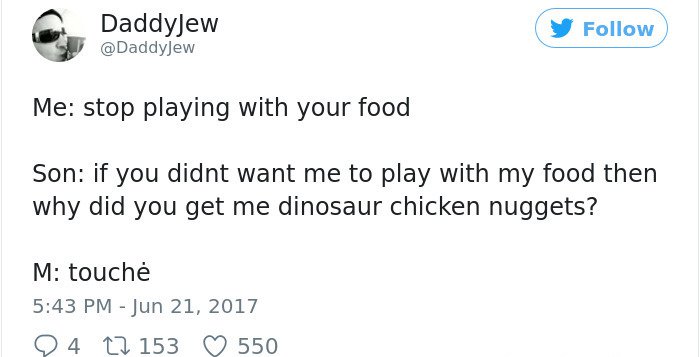 You can’t give in or they know how to make you relent in the future!

We’ve all been there. The panic order followed by instant regret! 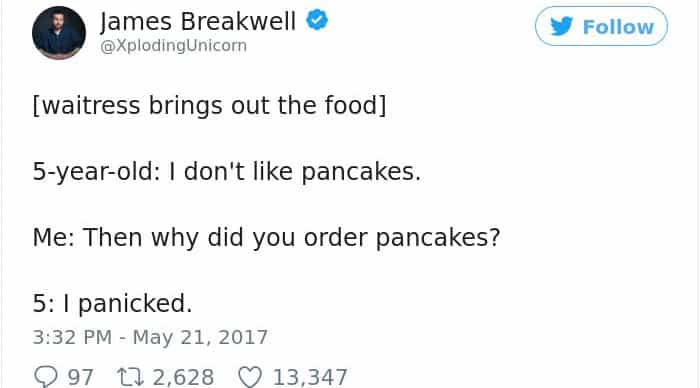 To think it would be that simple! Ha!

A great tactic if you’re trying to get your children to eat a certain food!