Inside Sansevero Chapel Museum in Naples, you can find one particular sculpture with a very striking feature. One of the museum’s main attractions is an 18th-century sculpture with a marble net that looks so realistic. Visitors are in awe to see that the exquisite net is made entirely from a single block of marble. Only one question keeps on boggling them. How did the sculptor carve a delicate net from a solid marble?

Baroque sculptors in the 18th century generally used marble as their main medium in making sculptures. Although sculpture is one of the oldest forms of arts, early humans usually carved figures from stones. But then, they began to discover the efficacy of marble in sculpture. Marbles are metamorphic rocks that are softer than stones, making them easier to carve and shape. Furthermore, marbles have a translucent surface that closely resembles the texture of human skin. Due to these characteristics, early sculptors opted to carve from marbles instead. Some of the earliest marble sculptures date back in the 1st century BC. But marble sculptures rose to prominence in the 4th century. Since then, sculptors have been finding ways to create elaborate details from marble.  In the 18th century, baroque sculptures began exhibiting challenging details such as draperies and veils, all entirely carved from marble. 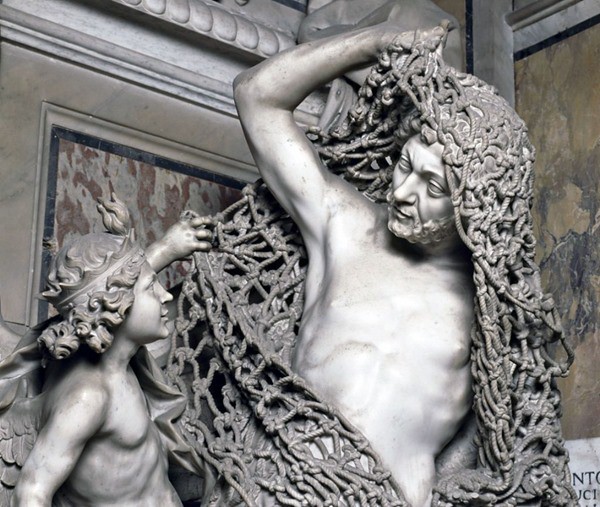 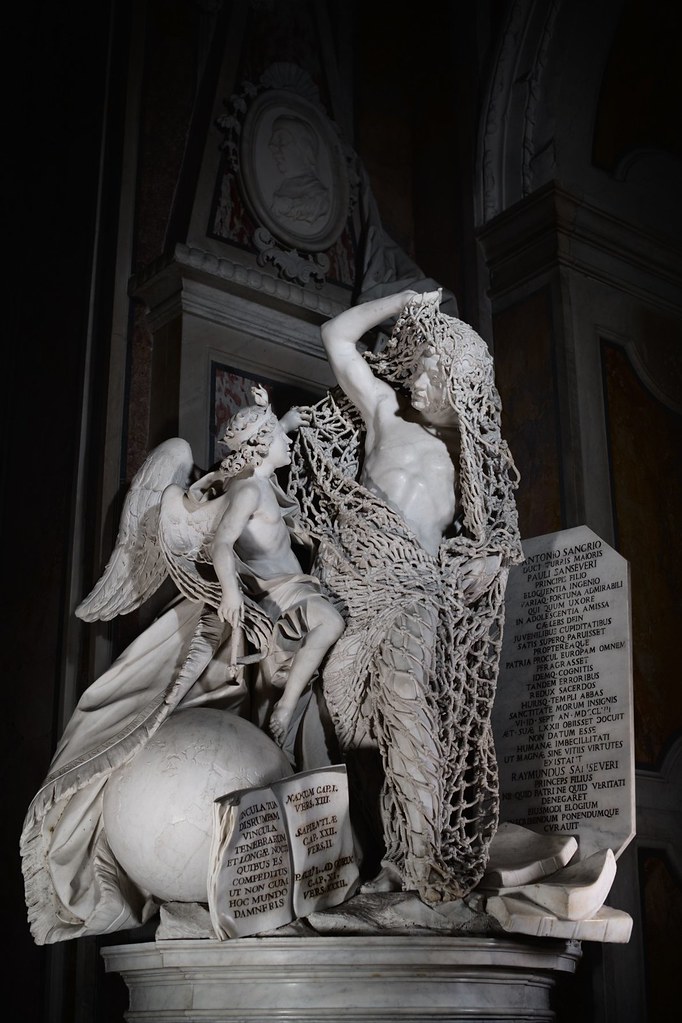 While most of the sculptors during this era honed their skills in creating life-like draperies on their creations, a Genoese artist attempted to craft something no one else did. Francesco Queirolo introduced his sculpture The Release from Deception that featured one very interesting attribute. It featured a marble net draped around the figure of a man. Draperies and veils are challenging motifs to craft from a marble. But carving intertwining knots of a delicate net is much more laborious. Due to the sculpture’s remarkable netting element, Queirolo was regarded as one of Italy’s greatest sculptors of the 18th century.

A post shared by Museo Cappella Sansevero (@museocappellasansevero) on Jul 23, 2018 at 6:37am PDT

The Release from Deception

Francesco Queirolo’s masterpiece depicts a man struggling to free himself from the net that is entangling him. Beside the man is a little angel who is trying to help untangle the net from the man. Aside from the elaborate marble net, the sculpture also features other relevant details such as the globe on the angel’s feet and the Bible near the man’s feet.

The Release from Deception currently adorns the Capella Sansevero (Sansevero Chapel Museum). According to the museum, the net symbolizes worldly sins. And because of this, the man has become a captive of worldly sins as further solidified by the globe. An angel stood above the globe to free the man from his sins and wrongdoings. And the Bible beside the man’s feet symbolizes enlightenment. Moreover, there’s an open book with a Latin passage that reads:

“I will break thy chain, the chain of the darkness and long night of which thou art a slave so that thou might not be condemned with this world.”

From a religious perspective, every detail of the sculpture is clearly related to biblical references. However, some critics are giving it a secular meaning. Some people believe that the sculpture symbolizes some aspects of freemasonry – a secret fraternal organization founded in 1717. The Bible is said to represent one of the three ‘great lights’ of the secret organization. And the passage on the open book could denote a Masonic ritual of initiation where new members enter the ‘lodge’ with a blindfold. After the initiation, the blindfold is removed to deliver the member to the light. Hence, breaking the chain of darkness through enlightenment and truth.

Whether the sculpture denotes biblical symbolism or Masonic undertones, people don’t seem to mind the real meaning behind it. One glance at it and viewers seemed to have their eyes fixed on the marble net. From a distance, you may think that the net is made of actual ropes. But on closer look, you’ll find out that it was carved from a single block of marble.

The marble net is indeed a formidable feat for any sculptor. Queirolo took seven years to complete the marble net alone. And he did it without the assistance of an apprentice or any machinery. It is reported that other sculptors “refused to touch the delicate net in case it broke into pieces in their hands.”

Those arduous seven years eventually paid off because this unique feature will cement Queirolo’s name in the history of sculpture. For the next 250 years, The Release from Deception continues to amaze viewers with its realistic marble net.

A post shared by Museo Cappella Sansevero (@museocappellasansevero) on Apr 24, 2019 at 6:01am PDT

Before the Sansevero Chapel was turned into a museum, the chapel initially served as a family burial site in 1613. Traditionally, family members would commission a sculptor to create memorial sculptures for their departed loved ones. In 1754, an Italian nobleman commissioned Queirolo to make a marble sculpture to adorn the tomb of his late father. And The Release from Deception stood there in the chapel, together with other baroque sculptures from other sculptors. 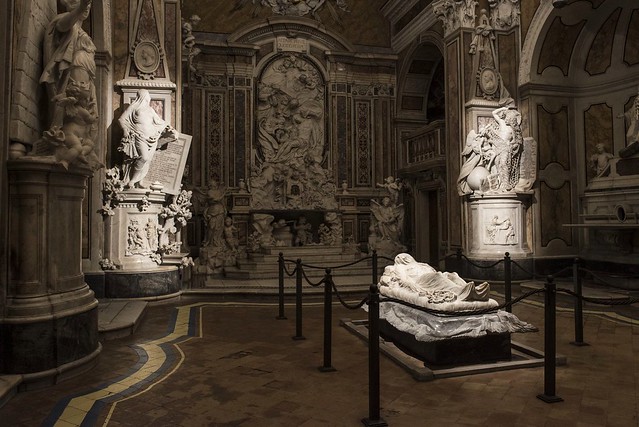 Due to the chapel’s collection of extraordinary sculptures, it was eventually transformed into a museum. In addition to Queirolo’s masterpiece, the collection also includes 30 sculptures, two of which are well-known pieces. The Veiled Truth (1750) by Antonio Corradini and The Veiled Christ (1753) by Giuseppe Sanmartino. 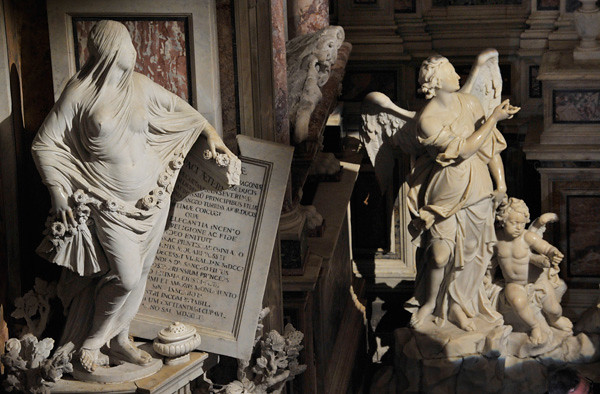 If you’re amazed by Queirolo’s marble net, you may also want to check out this 19th-century sculpture with a translucent marble veil.