Rude Hidden Messages In Cartoons Only Adults Will Notice

Get ready for the shock of your life because this truth will ruin your childhood. You probably didn’t notice these rude hidden messages in your favorite cartoon shows when you were a kid. But watching them again as an adult proves to be a whole new experience. As grown ups, we were able to perceive deeper meanings in the things we see and cartoons are no exception. Cartoon animators are adults in the first place so it shouldn’t be shocking to find adult jokes in them. Of course, hiding adult jokes in cartoons does not intend to corrupt the innocent minds. But rather, the animators intend to stir the minds of the adults who are also watching them. Just in case you missed them, here are some rude hidden messages in cartoons that only adult will notice.

This scene from the Hut Saw Raw episode of Rocko’s Modern Life was deleted because Rocko was seen picking berries but he accidentally picked something else.

This scene is from the movie adaptation of the Dr. Seuss classic The Cat in the Hat where the main character was seen holding a hoe and said, “You dirty hoe!”. Well, it actually makes sense when he’s only referring to a dirty gardening tool but adult viewers seem to take it on a different view. 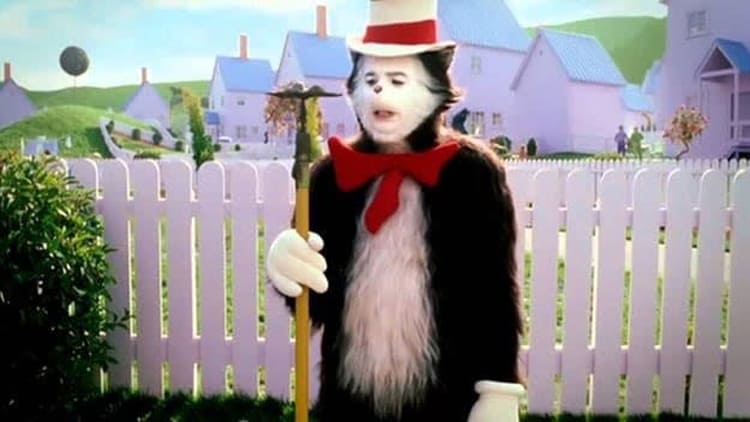 Look at the food on the table and you’ll instantly recognize that those are pork butts. 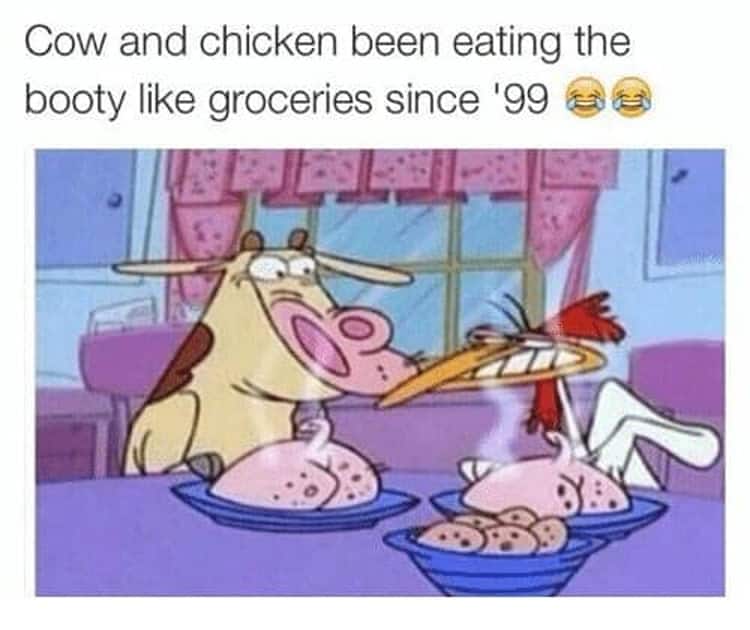 When Spongebob told “Patrick, your genius is showing”, Patrick immediately covered his crotch and said “Where?”. It’s only logical to assume that the term genius means something else. 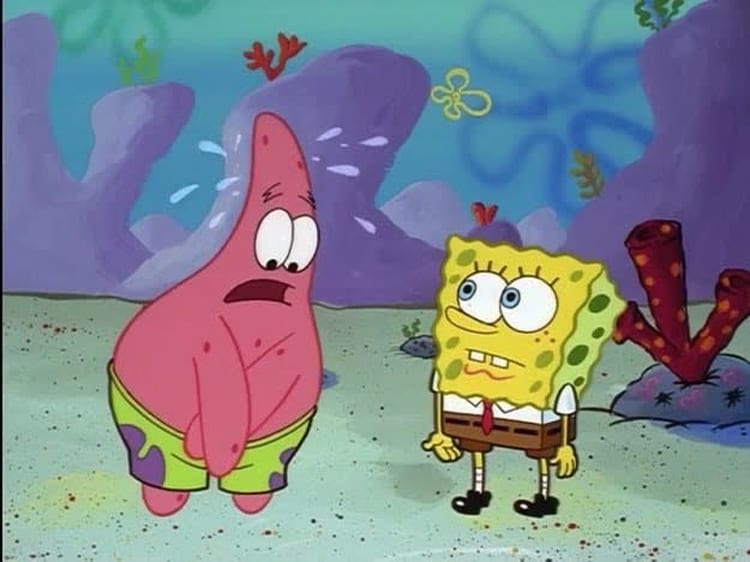 Helga’s Mom on Hey Arnold always appear looking tipsy and sleepy while sipping her favorite smoothie. But this facade won’t fool the eyes of an adult. Those are certainly not smoothies because smoothies don’t get you tipsy, alcohol does. 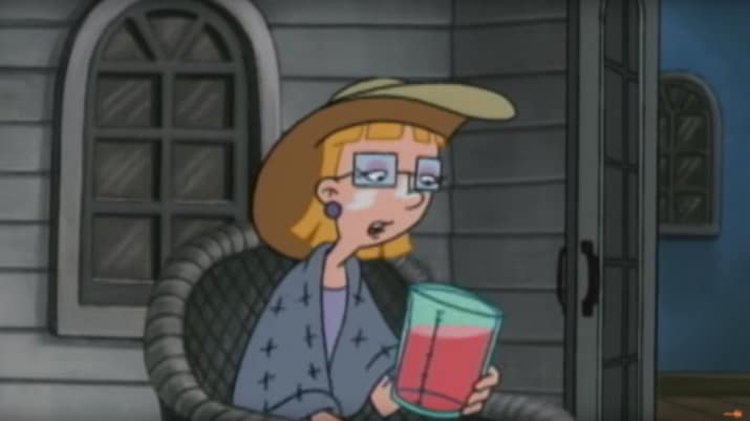 There’s a scene in Shrek where Lord Farquaad was on his bed and when he saw an image of Fiona, his reaction changed and immediately looked under the blanket. What does this scene imply?

In Toy Story, when Woody and Buzz were brought into a young psycho’s house, they found mutilated toys who had been experimented on by their loony owner. But one of them caught our attention. It was a fish hook with sexy legs. Adult viewers immediately thought of this as a certain hidden message which refers to this toy as a hooker. 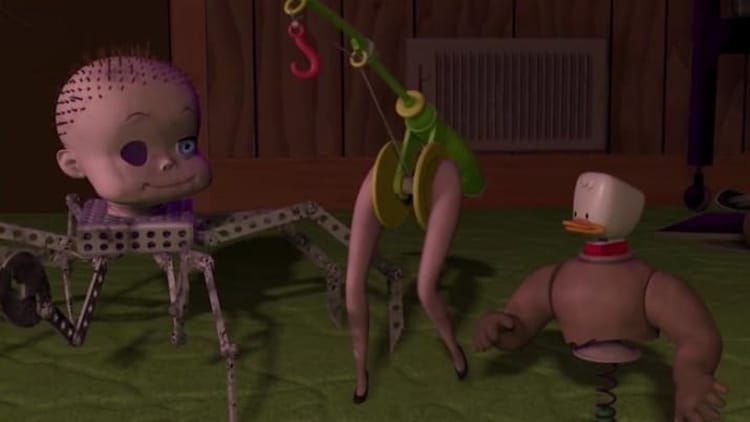 In one of the episodes of Dexter’s Laboratory, Dexter paid a visit to a neighbor to find clues. When the lady neighbor offered him cookies and bent down to get them, these words were seen written on her leggings. But as long as kids are unaware of what a trophy wife means, we’ll just leave it at that. 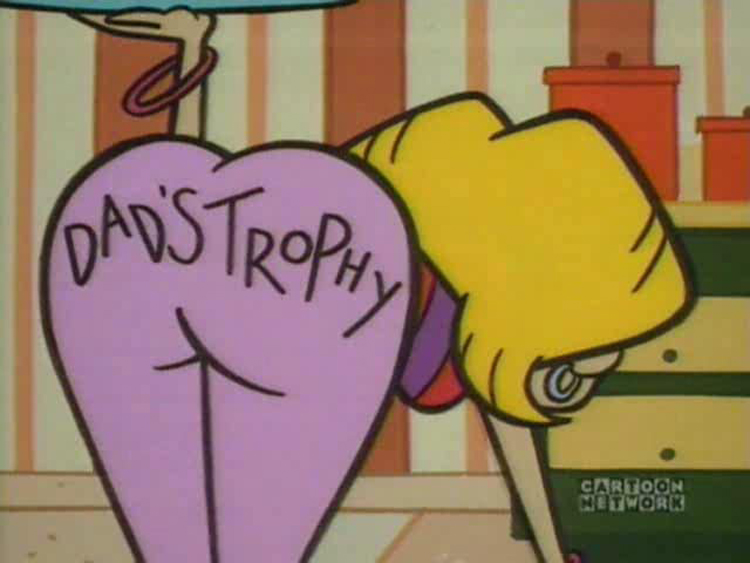 The look on Nala’s face tells a lot about everything, at least from an adult’s point of view. Kids are seeing one happy lioness having fun with a long-lost lion-friend. But grown-ups are seeing one flirty girl with a seducing glare. I think I’ll just stop here. 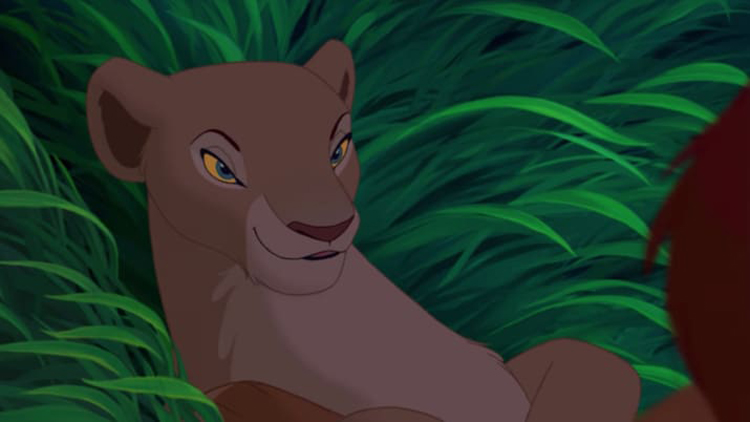 On this particular scene, Spongebob was watching TV with his eyes wide open. When his pet Gary suddenly comes in, he was startled and quickly changed the TV channel. That leaves us wondering, what is he watching that he doesn’t want others to see?

Have these rude hidden messages shocked you like they shocked us?