Turn Your Beard Into A Christmas Tree With Some Beard Baubles

Big beards are like, so hot right now. With Christmas just around the corner, perhaps it should come as no surprise that a London company has invented ‘beard baubles’, which are festive, clip-on facial hair accessories for bearded men that are apparently flying off the shelves like hot cakes! So much so, they’ve actually sold out, at least for now.

Made by advertising agency Grey London, each pack of beard baubles comes with ten large and four small multicolored baubles that are easily attached to a man’s facial hair. The London-based ad agency originally came up with the idea as a way to include a unique gift along with their Christmas cards, but the popularity of the baubles took them by surprise. So, they went on sale for £5 ($7.80) a pack. All proceeds go to Australian melanoma charity Beardseason, which is encouraging guys to grow a beard for the month of December to heighten awareness of the aggressive form of skin cancer.

Ollie Dearn of Grey London told the Daily Mail that Brits had proven themselves to be the biggest backers of the beard bauble craze, yet the company had taken orders from Aussies, Kiwis, French, Americans and Germans, too. ‘We’ve sold more than we ever expected,’ he said. 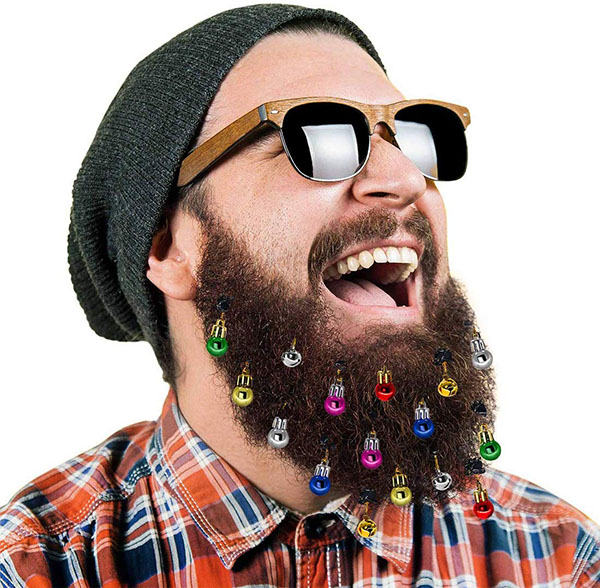 Get yourself or someone you know some of the beard baubles today.