14 Hilarious Dumbledore Memes That Will Make Your Sides Hurt

Many of you reading this will be huge fans of the Harry Potter franchise. We would like to warn you that this post is heavily based around the strange and sometimes terrible logic of Dumbledore and his people. There will be things you may have already noticed and some that you’ll feel silly for not realizing sooner. All of them should provide you with a good laugh, though. Take a look below to see a great selection of Dumbledore memes! It really is surprising Harry turned out as well as he did!

We understand that movies like to create dramatic effect. Things need to be kept a secret so that when they are revealed people are shocked and impressed. But, one thing that doesn’t make much sense is Dumbledore keeping quiet on the fact that Tom Riddle (A.K.A Lord Voldemort) was the one who opened the chamber of secrets as a young boy in an attempt to release a monster that would kill muggles. 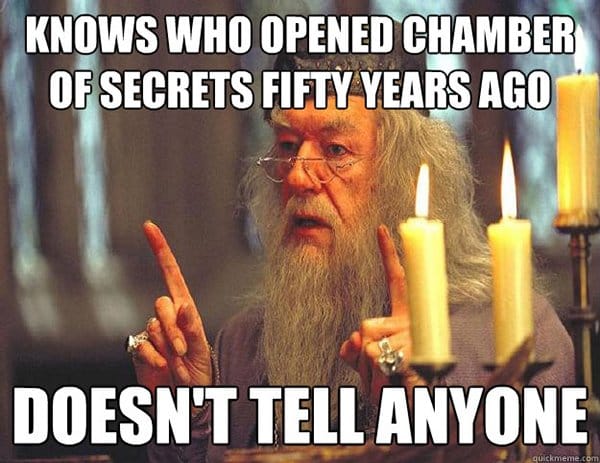 We need to take a moment to discuss why it is that Mr Filch cleans the castle grounds? First of all, that’s a huge task, especially for a man of an older age. Second of all, Hogwarts is a magic school! Why are the grounds not cleaning themselves? Surely there’s a quick cleaning spell or two. But no, instead let’s put the giant task on one man who can’t do magic. It all makes perfect sense.

Let’s discuss the dark forest for a moment. It’s so bad, scary and dangerous that it is off limits to students at all times. Except for… detention? Detention which is carried out at night, when the forest is definitely at its darkest and most dangerous. To be fair, we wouldn’t want to spend any time there, so it would probably make for a great rehabilitation location for naughty pupils. 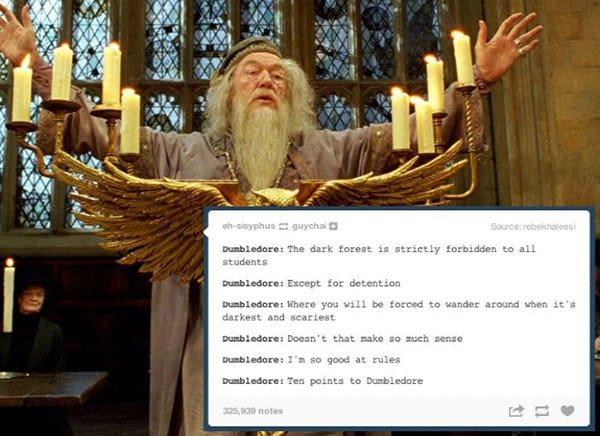 This one really gets to us. To be fair, Harry is extremely talented and fated for great things, as are his buddies Hermione and Ron. However, Voldemort is meant to be this terrifying evil that must be stopped at all costs, yet between the 3 first year pupils, they manage to overcome all of the preventative traps that protect the Sorcerer’s Stone. This is one movie blunder that we’re surprised so many people didn’t pick up on! 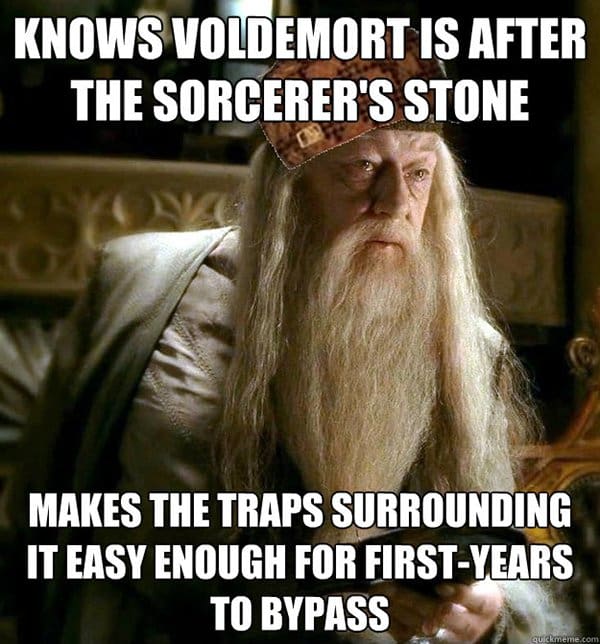 Now, we don’t want to get all creepy. But, in reality, preteens are going to have certain urges and curiosities. Obviously we know that Harry is of good character, but is sending him an invisibility cloak really the best idea? Our next issue is, if you were handed an invisibility cloak, sexual things aside, there is so much fun you could have with it and Harry really does not make the most of it. 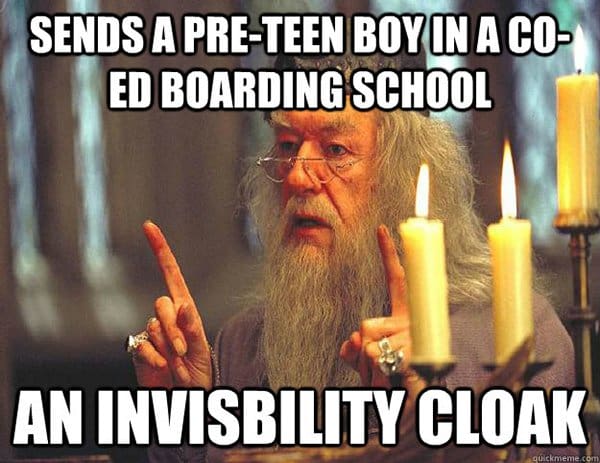 This one really grates on us! Dumbledore supposedly looks out for Harry his entire life in the hopes of keeping him alive. However, he’s more than happy to continuously risk Harry’s life by sending him into dangerous situations. But, in the grand scheme of things none of it really matters supposedly because Harry needs to die due to the fact he’s an unofficial Horcrux. Bummer. 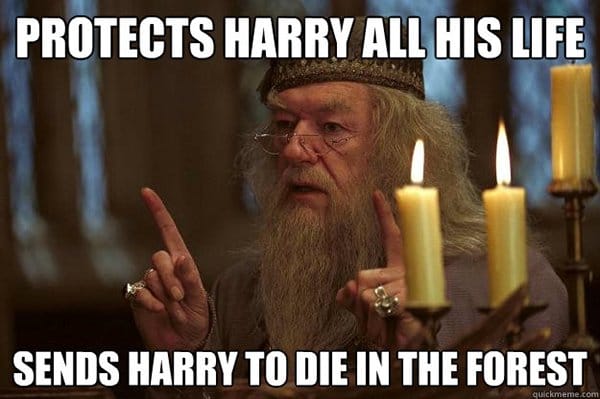 We don’t want anyone to think that we are dissing Fawkes here, because we aren’t. However, we just want to point out that logically if you are fighting a massive evil snake with magical abilities, Fawkes isn’t really the thing that would make you feel relieved that you had been saved. Oh well, at least you tried, Dumbledore. 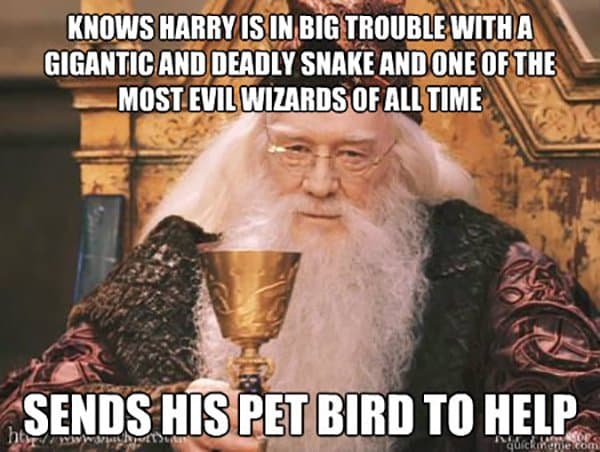 This is one we will never be okay with. The abuse that Harry endured at his uncle’s house is no laughing matter. How could Dumbledore allow him to go through years of pain and torture? Some people argue that the horrible experiences Harry face shaped him to become a great person. But, we think that’s a cop out. What’s to say he wouldn’t have been a great person being raised in a loving and stable family unit? 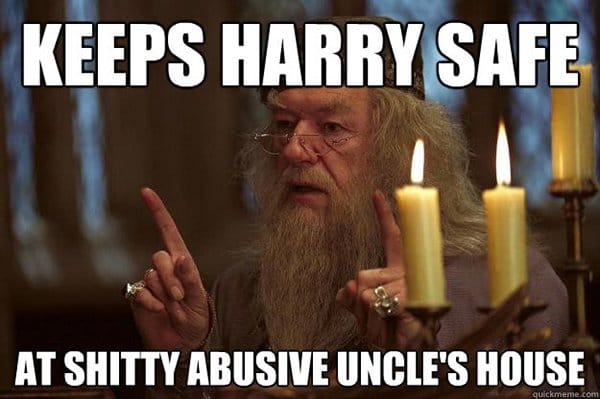 Let’s face it. If we’re going to be honest there was a huge bias towards Gryffindor. It really is no wonder that the kids in Slytherin were evil and bitter. They won fairly (ish) and their win was just snatched away from them and handed over to Gryffindor, who received a bunch of bogus awards. The wrong message was sent that even if you participate well in school activities, it won’t mean anything whilst HP and his crew are around.

Another one that causes us great annoyance here. So, it’s perfectly fine for Dumbledore and his people to take a child away from their legal guardian to a magic school. But, to go on a trip at said magic school the child needs a permission slip from the parents he was taken away from? Surely if he needs permission for a trip, he would have needed permission to go to the magic school in the first place. 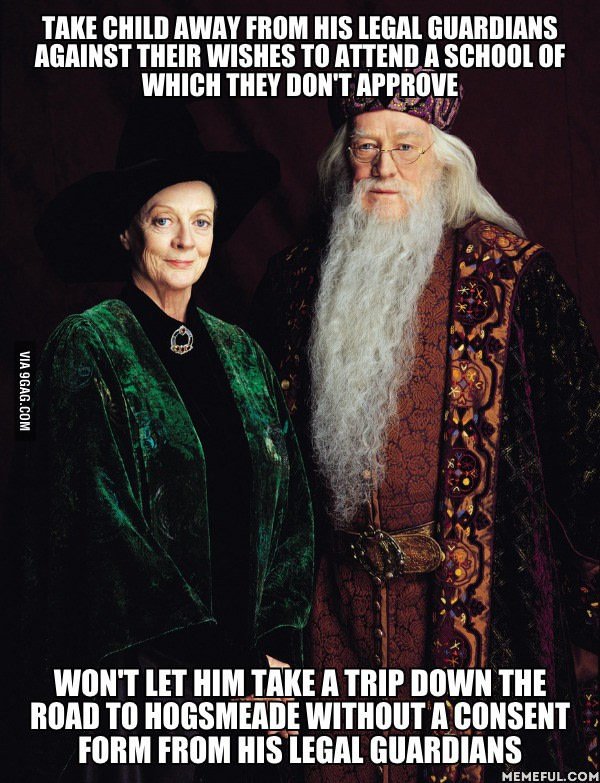 Rules are there for a reason, and at a magic school it is arguable that it is more important for everyone’s safety to obey. Whilst we appreciate that trouble seems to follow Harry Potter around endlessly, it seems a bit strange that he gets continuously rewarded for breaking all the rules. It’s rather obvious that good old Dumbledore has a soft spot for HP, and he’s not afraid to show it. 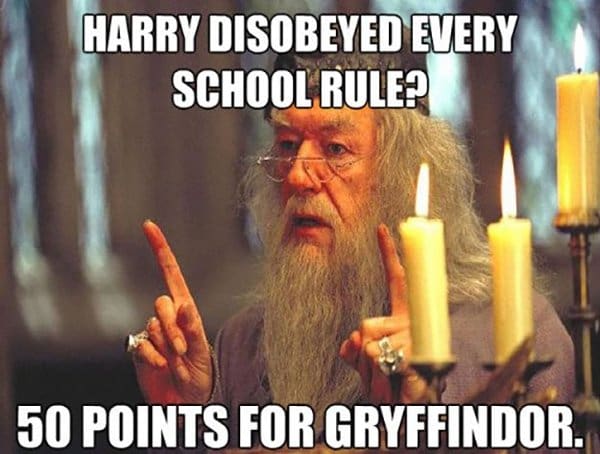 Most of us hate to see an animal face any sort of harm, let alone seeing an animal die. So, it was great news that Buckbeak was able to be saved using the time travel device that is the TIme Turner. However, it seems pretty strange that considering how powerful a Time Turner is, it wasn’t possible to bring back Harry’s parents, Lily and James Potter. Some things are just too important to the plot to change we guess! 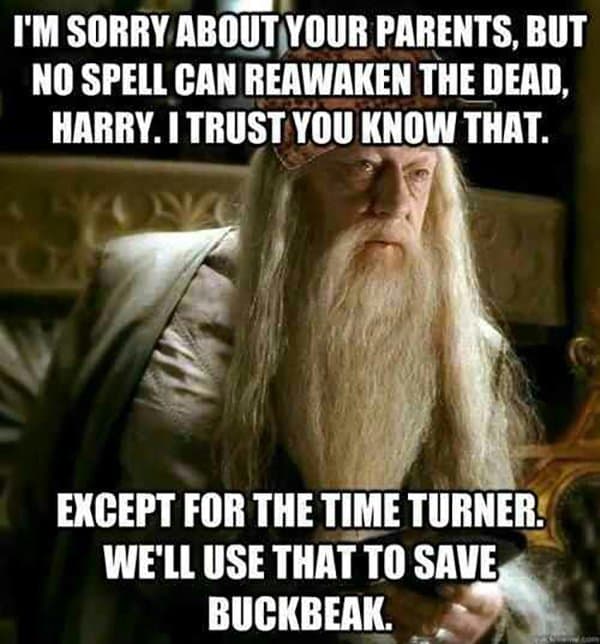 Considering how important and precious Harry was, it seems totally ridiculous that they left him pretty much unprotected with a horrendously terrible family. Harry will go on to be abused and neglected, feeling like he doesn’t belong for many years. But, it’s fine. He’ll be rescued eventually and all will be automatically forgiven as Harry will just be so relieved to have escaped his own personal hell. 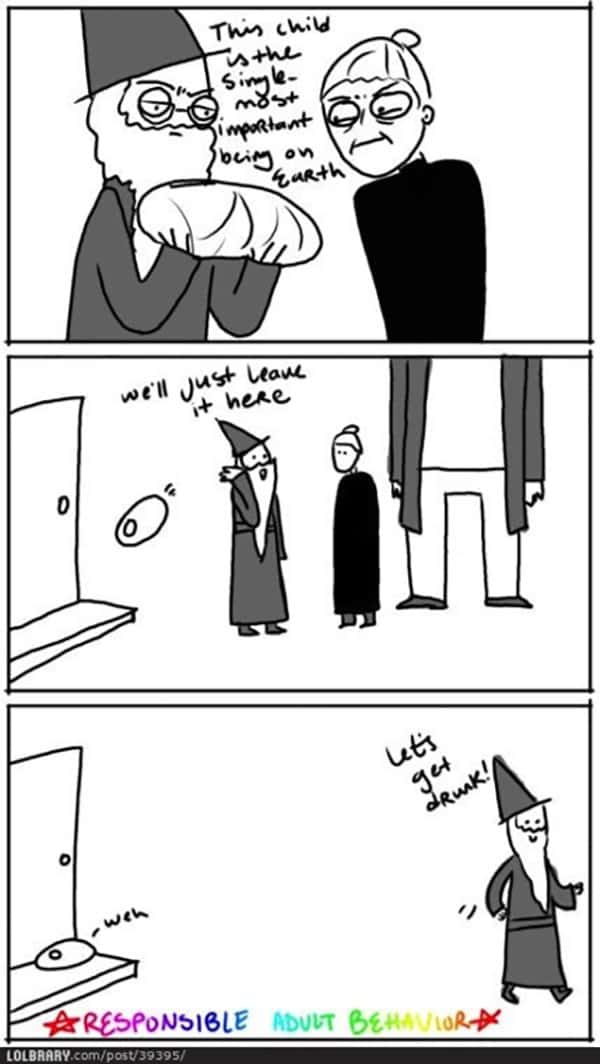 Points For Anything And Everything

We touched upon this earlier, but we need to say more. Did you ever feel like Gryffindor was just handed points like no tomorrow? It didn’t matter if they were behind because you could pretty much guarantee they would receive a ton of points at the final hour. We certainly know which house we would hope to be chosen for during the sorting hat ceremony! 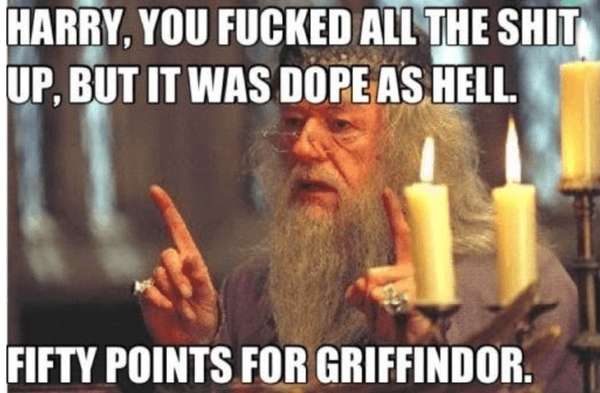