20 Pets That Were Caught Doing Something They Shouldn’t

They say that people reveal their true selves when they’re alone. But animals are also no different. Most of the time, naughty pets bring out their true colors when nobody is watching. But of course, even the most cunning pets cannot escape the vigilant eyes of their owners. We’ve had a previous post about adorably misbehaving pets that were shamed online by their owners. But it seems like our animal companions aren’t learning their lessons because we’ve got more of them on our new list.

It’s always amusing to have naughty pets around because their silliness sometimes comes as a form of entertainment. Cats and dogs are no strangers to doing crazy stuff. But even other pets such as parakeets, rabbits, and guinea pigs also have their fair share of mischief to spare. Unfortunately for these cute pets, their shenanigans were timely captured on camera. So, there’s no way they could slip away from their troublemaking. 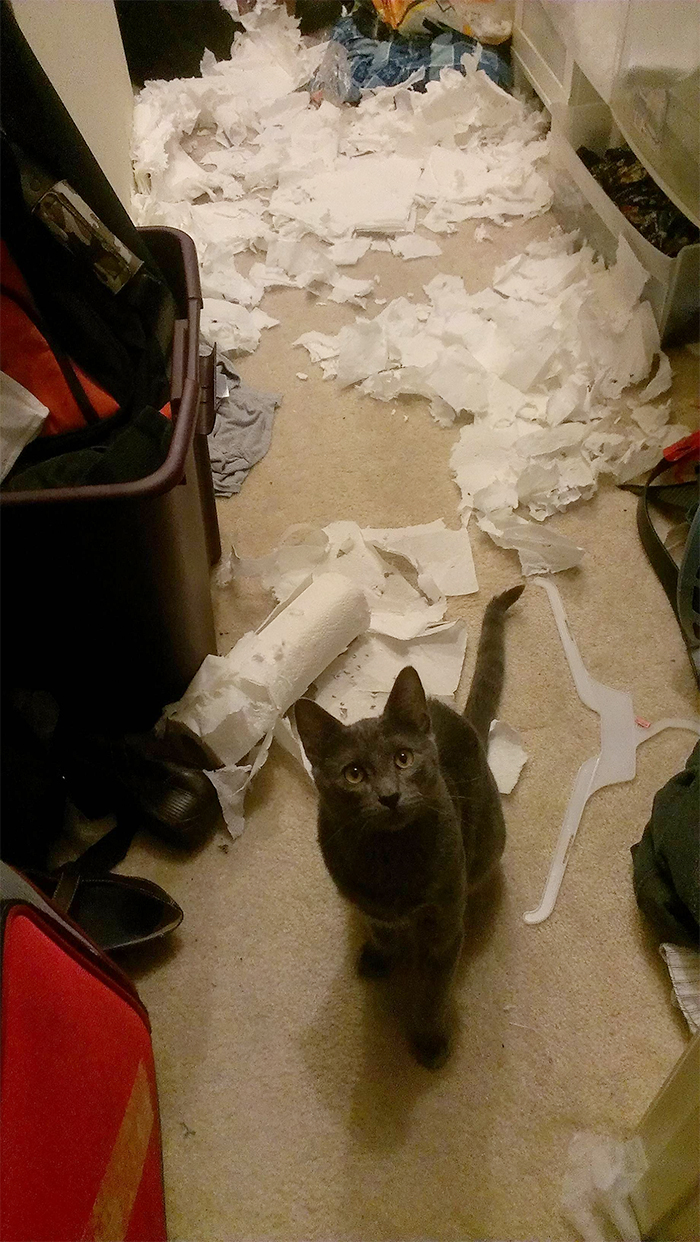 A dog caught singing and playing the piano, a cat found guilty of shredding the toilet papers all over the place, and a parrot attempting to hack its owner’s phone. We’ve got plenty of the cutest and funniest naughty pets on this list to bring some smiles on your face. If you have photos of your animal companions being caught red-handed, share them on the comment section to spread the joy. Besides, there’s no harm in publicly shaming them online.

“I Think I Just Interrupted A Meeting I Wasn’t Supposed To Know About.” 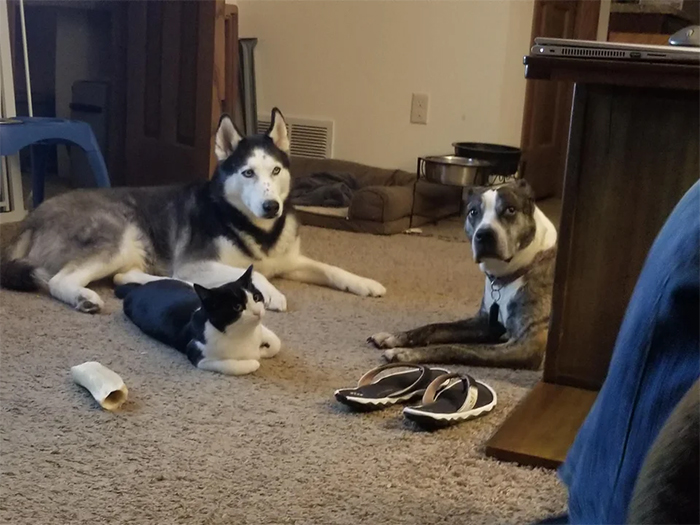 “What Friends Do Your Cats Have? 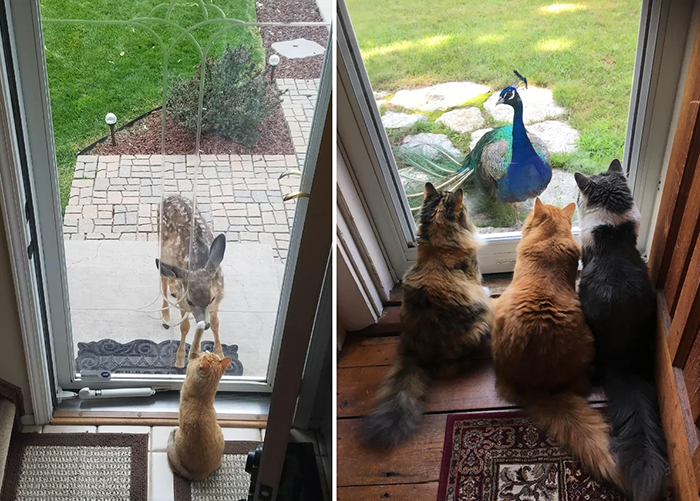 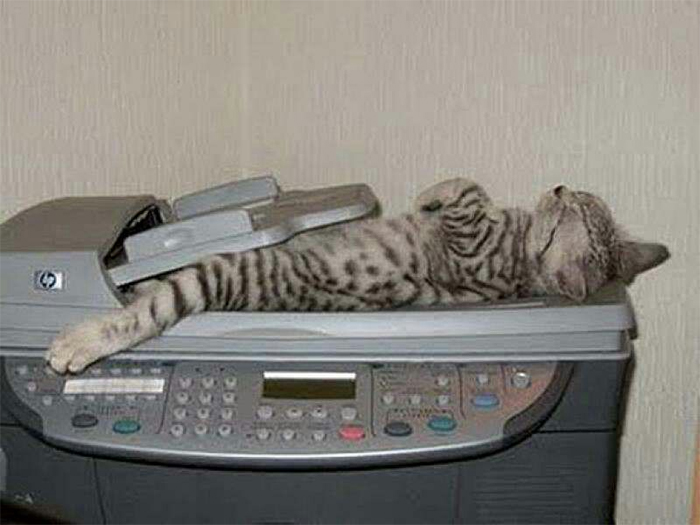 “Yooou Got What I Neeeeeeeeeed!” 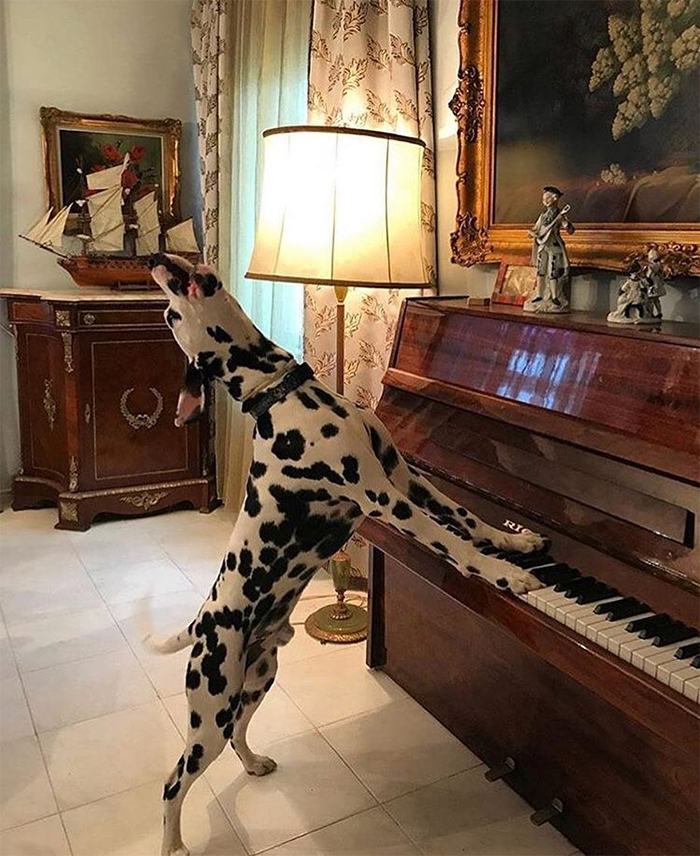 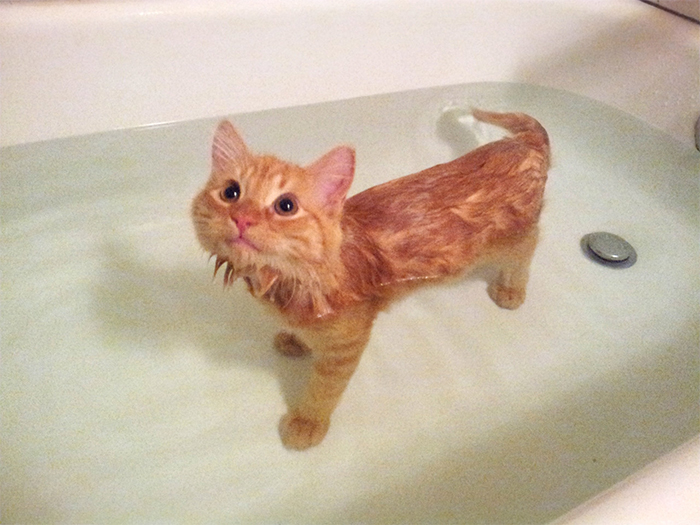 “My Old Man Knows The Right Way To Spend A Sunday In Florida.” 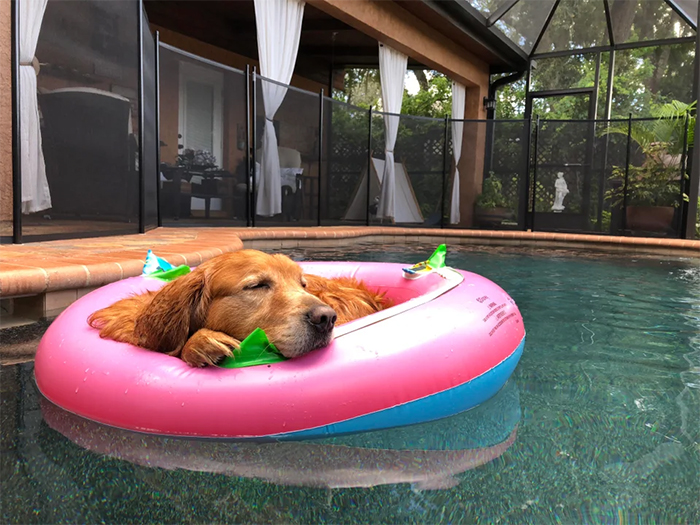 “Someone Called The Police On My Dog Because He Ran Away And Attacked A Deer And I Know This Is Serious But The Sight Of Him In The Cop Car Is Just Too Much!” 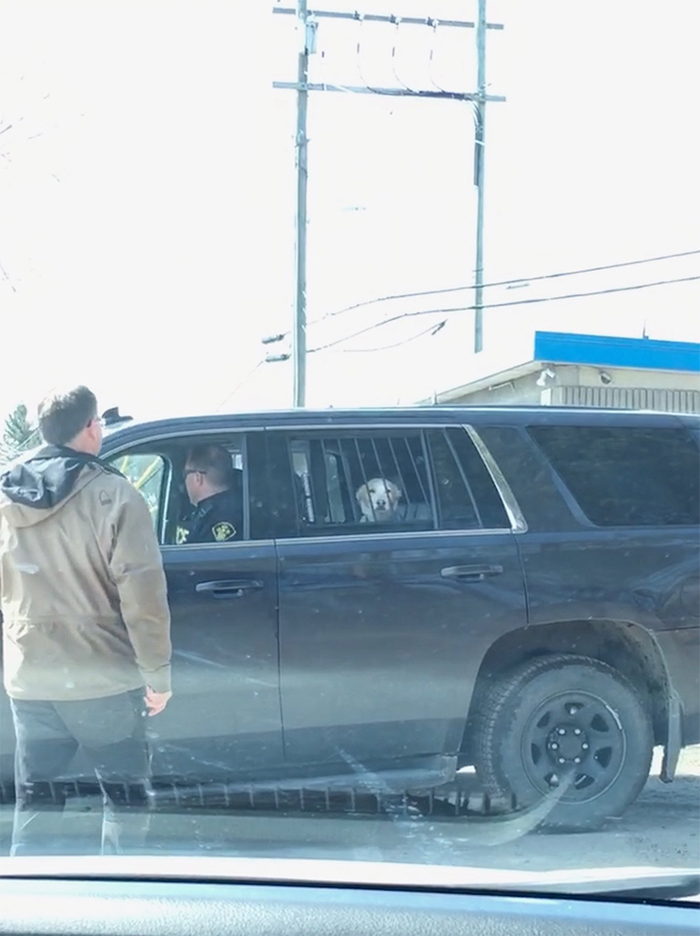 “The Cat Figured Out How To Open The Treat Jar. At Least The Dog Knows They’re Being Bad.” 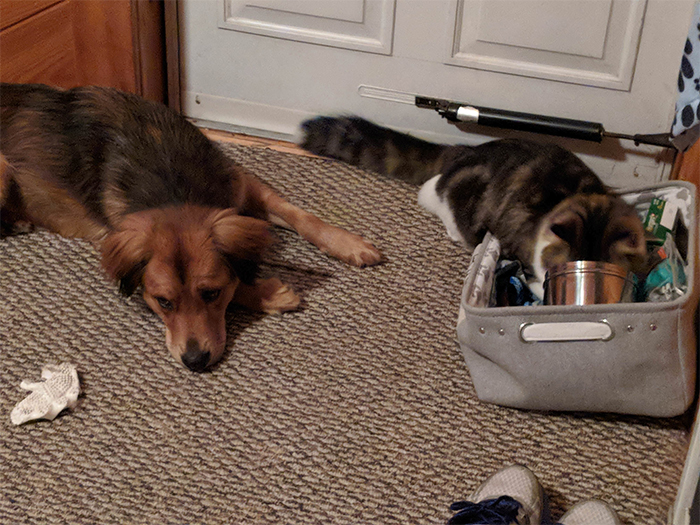 “Technically, I Did Not Walk On The Table.” 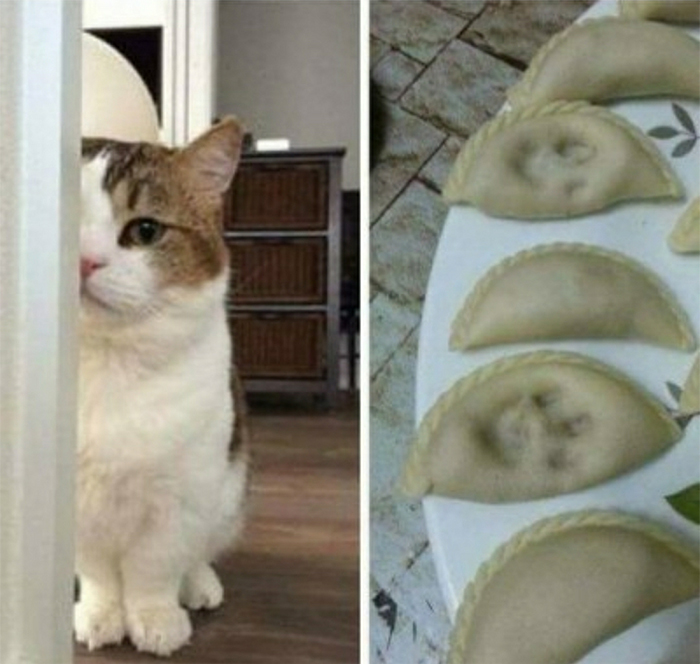 “Larry Bird Is A Naughty Bird” 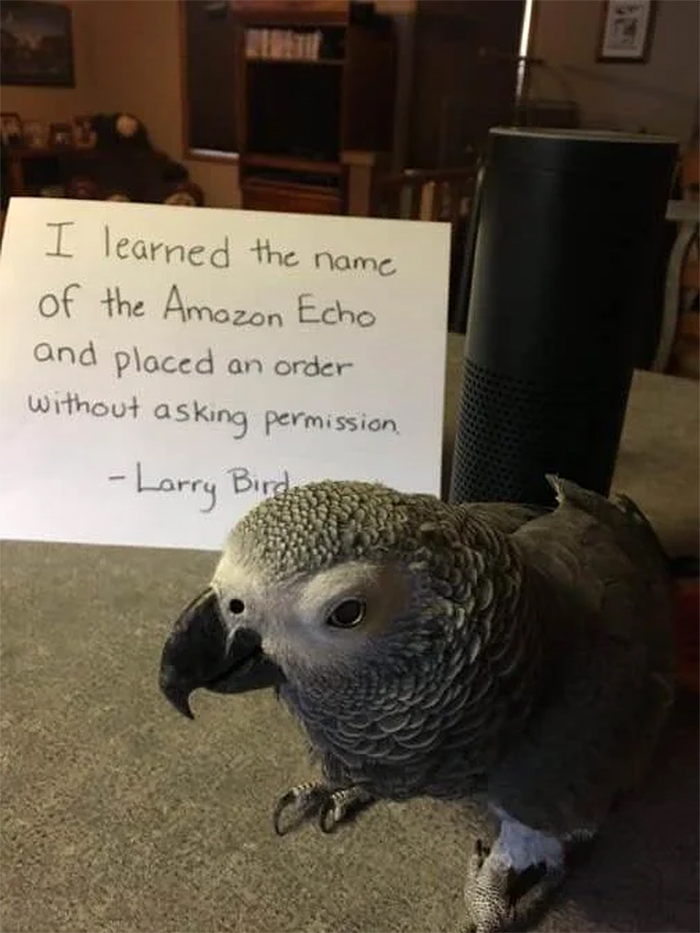 “I Wasn’t Sure Where She Was, So I Called Her Name And Was Greeted By This.” 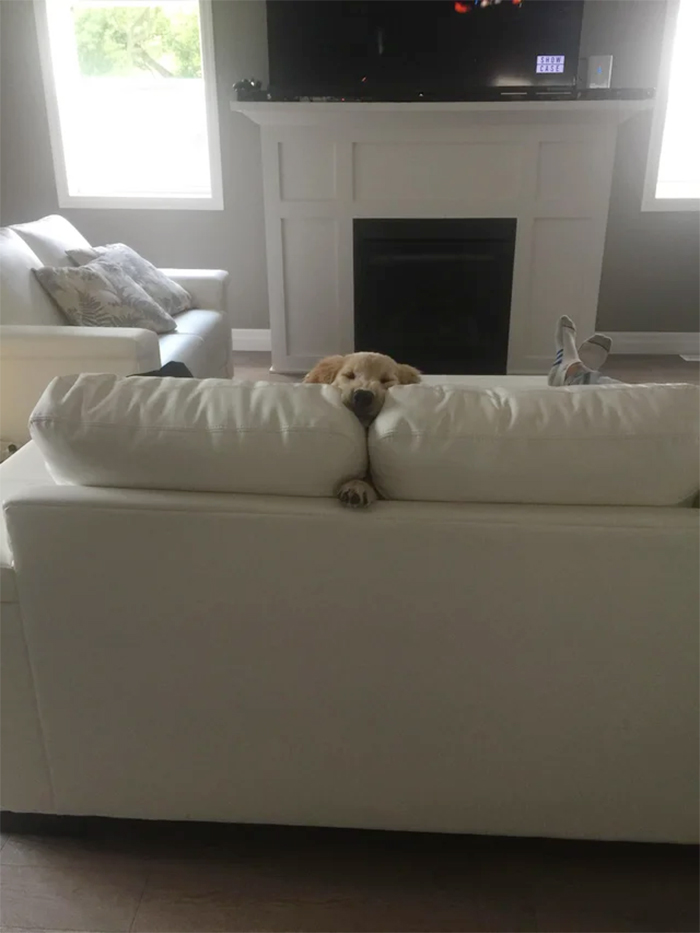 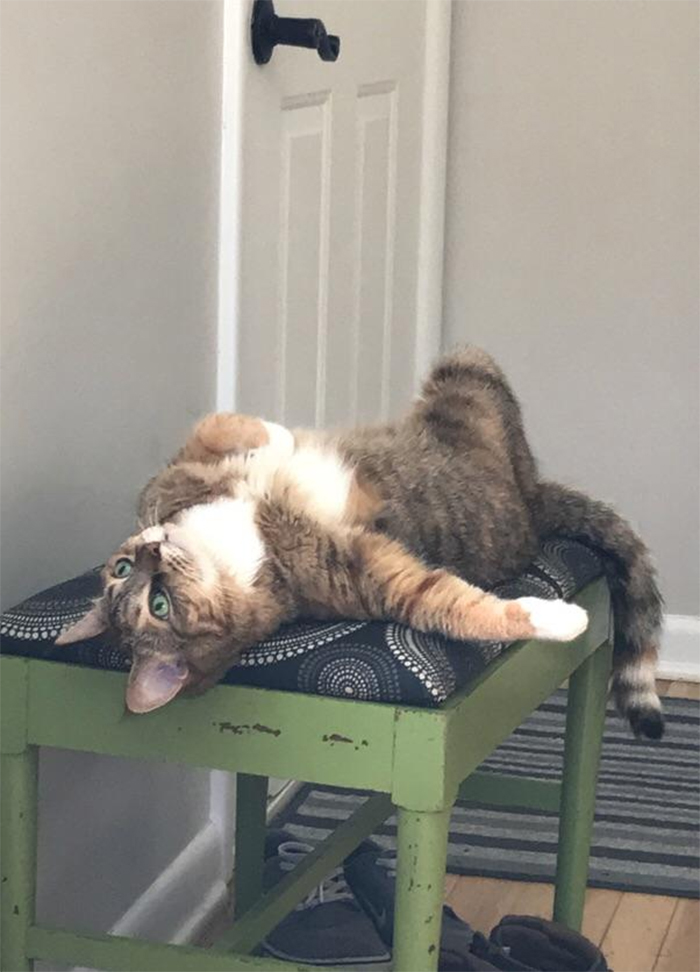 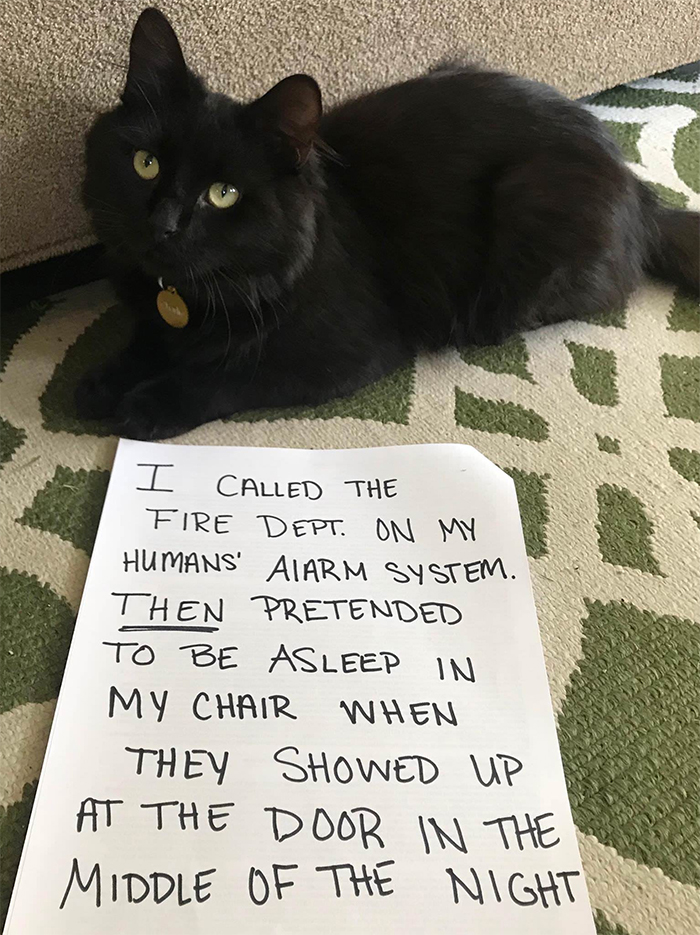 “Big Crash In The Bedroom…” 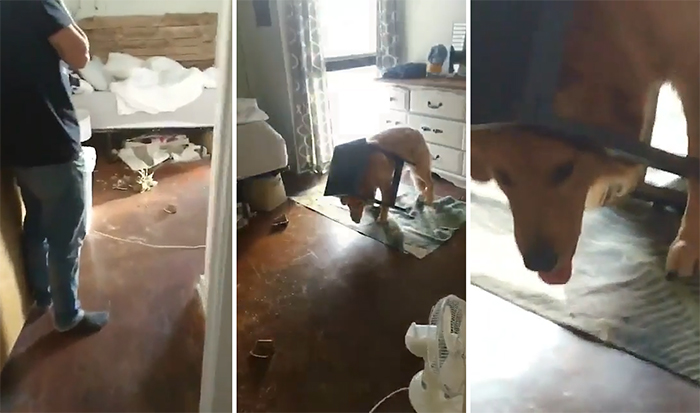 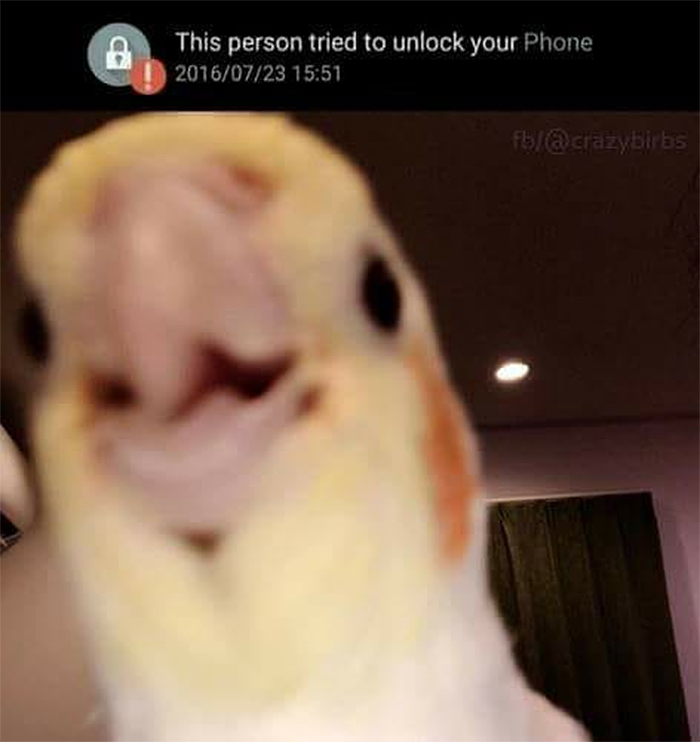 “She Usually Meets Me At The Door When I Come Home. But If She Doesn’t, I Definitely Know She’s Onto Something.” 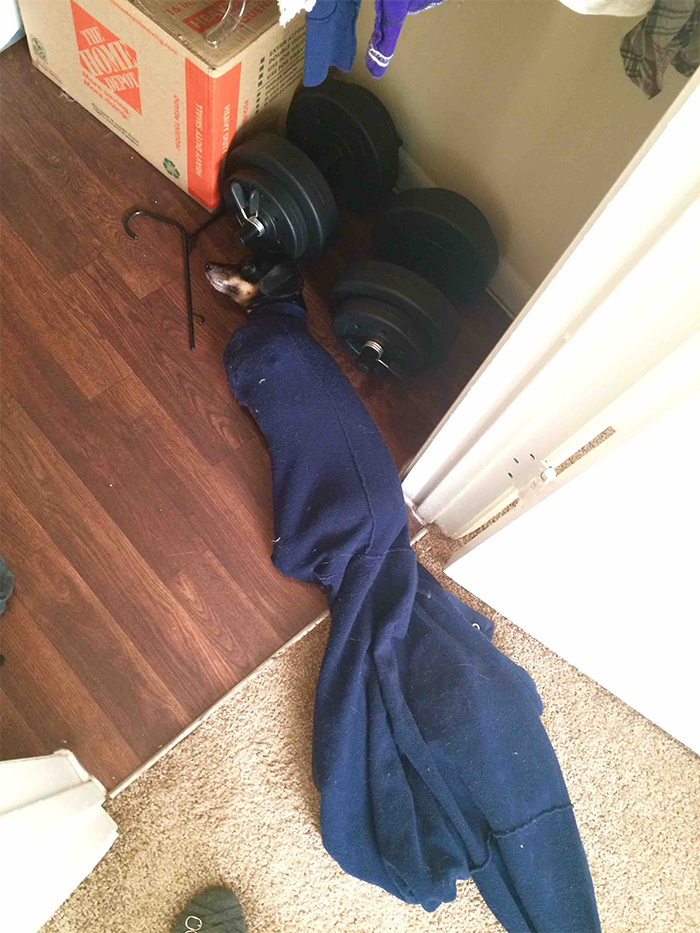 “So My Dog Ran Away 2 Months Ago And Came Back With A Haircut.” 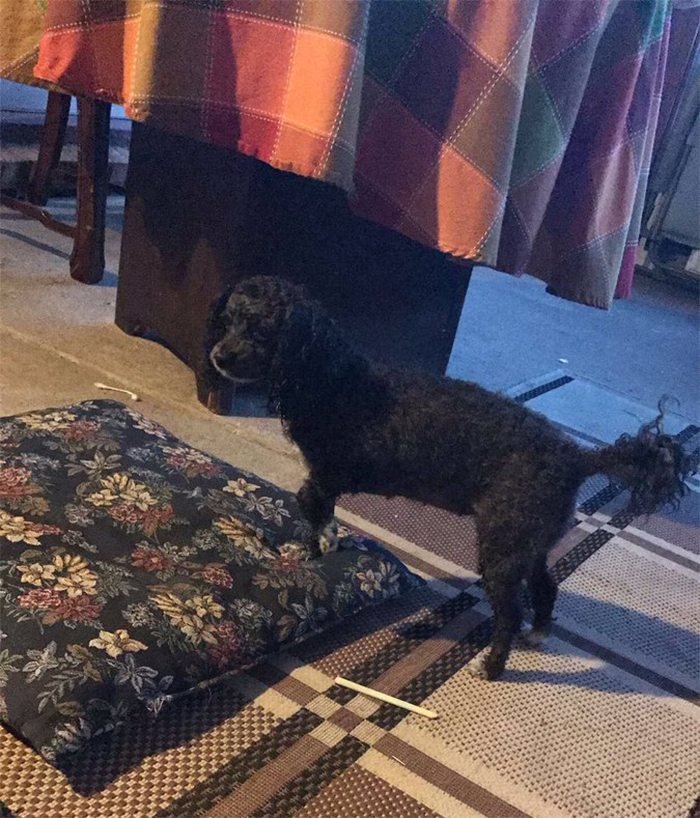 “There Goes The Dog Food…” 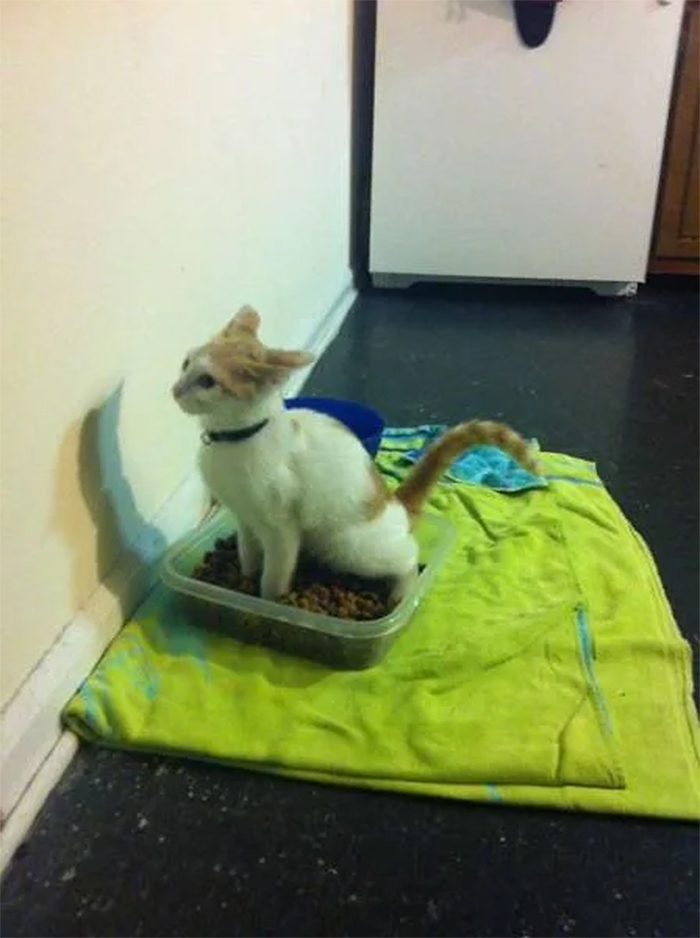