40 Naughty Pets That Were Shamed Online For Their Hilarious Crimes

As much as we love our adorable pets, their cuteness isn’t always enough to appease our dismay or shock when they get naughty. So, to blow off some steam, a pet owner took of a photo of their dachshund with a sign entailing its crime (it ate its owner’s underwear). Soon, other miffed pet owners began doing the same. And so, shaming dogs and other pets has become a trend that exasperated owners do to vent and entertain. However, this “harmless” way of calling out our naughty animal companions may not be as harmless as we think.

Veterinarians and other animal welfare professionals have been quick to point out that shaming pets is cruel. Bill Lambert, the Head of Health and Welfare at The Kennel Club is among those campaigning against the meme trend. According to Lambert, the guilty expression we see our pet dog’s showing might not even be guilt but is more likely to be anxiousness or fear. In a statement, he said,

“We all love seeing dog pictures and videos on the internet, especially ones that show off their unique characters but we must remember that most behavior problems can often be sign of something else, such as separation anxiety, fear, or simply being unsure of how to deal with a situation.” 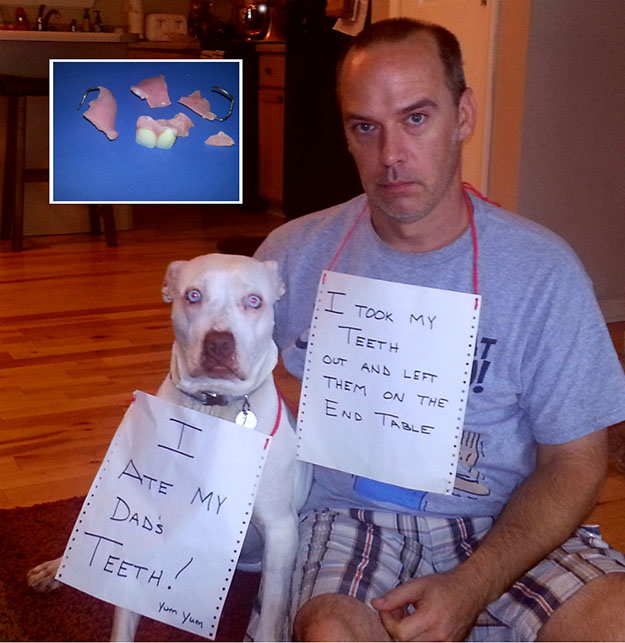 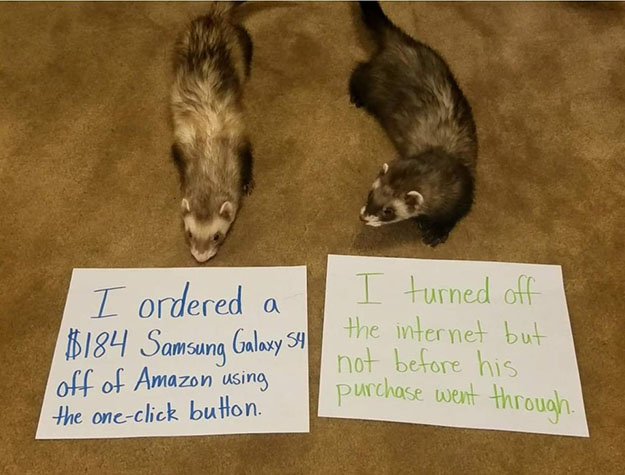 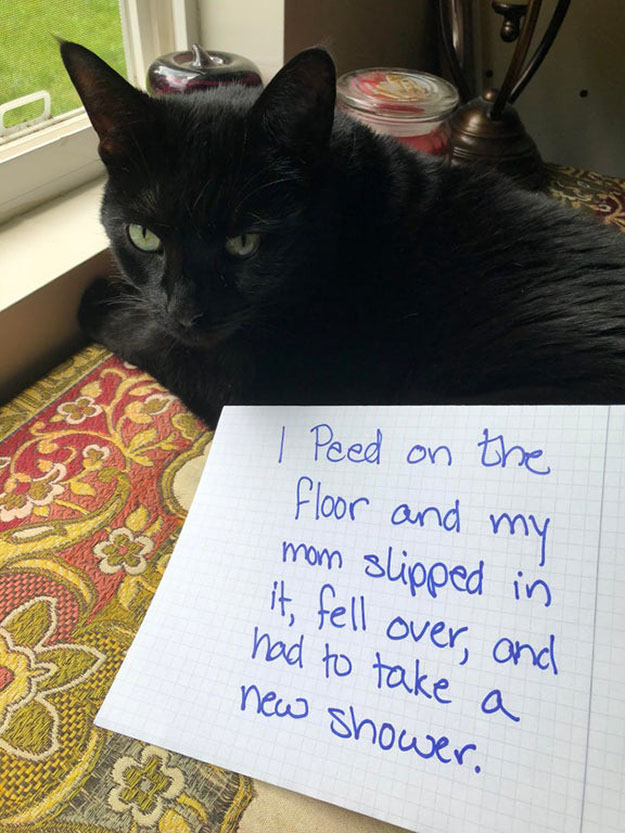 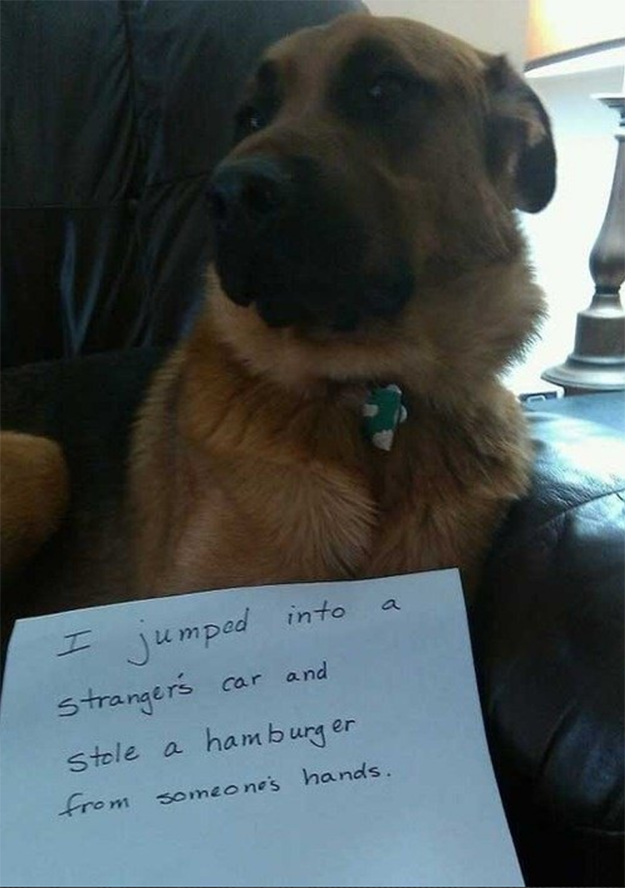 “We are also not sure that dogs feel actual ‘shame’ or embarrassment in the same way we do. The way that a dog acts will often reflect the tone of voice that’s being used to talk to it and it’s highly unlikely that it will associate past behaviors with what is happening right now. It’s very easy for us humans to misinterpret a dog’s emotions and behaviors.” 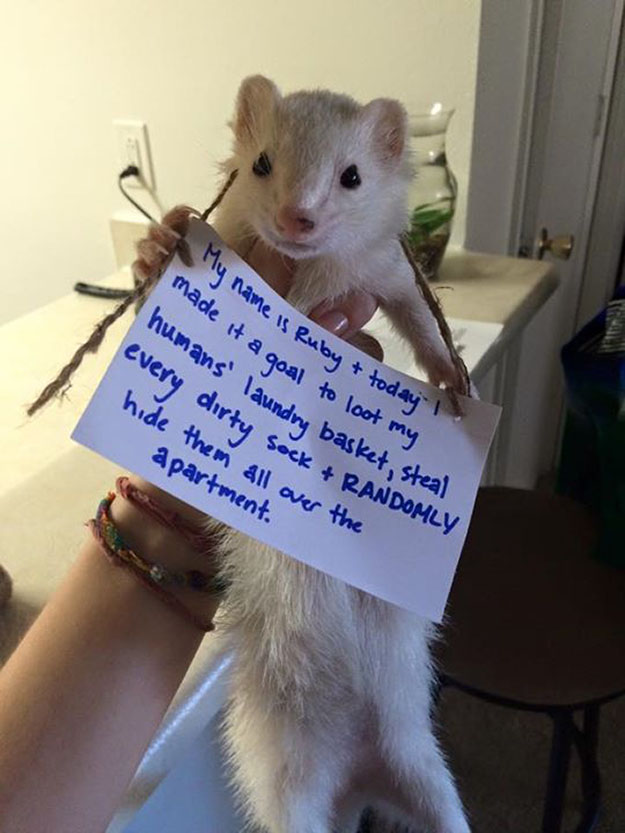 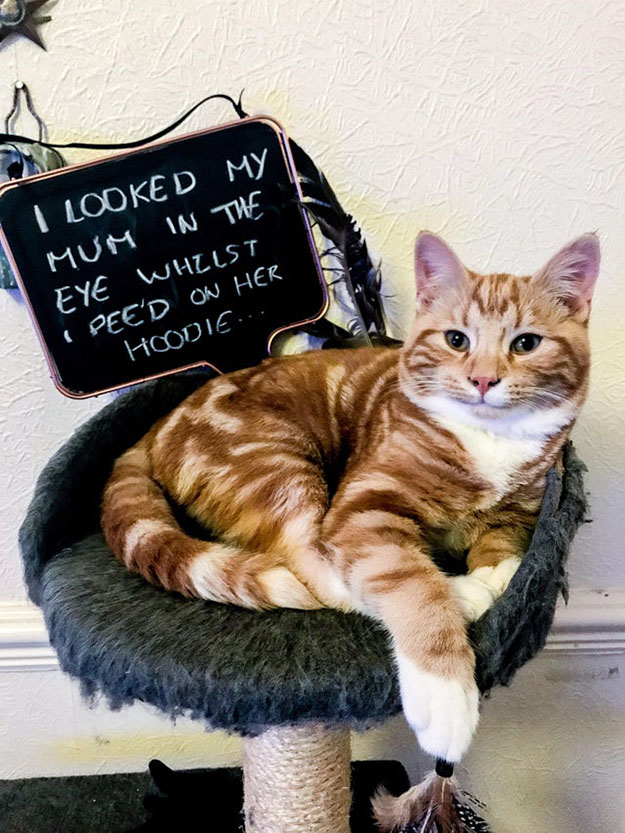 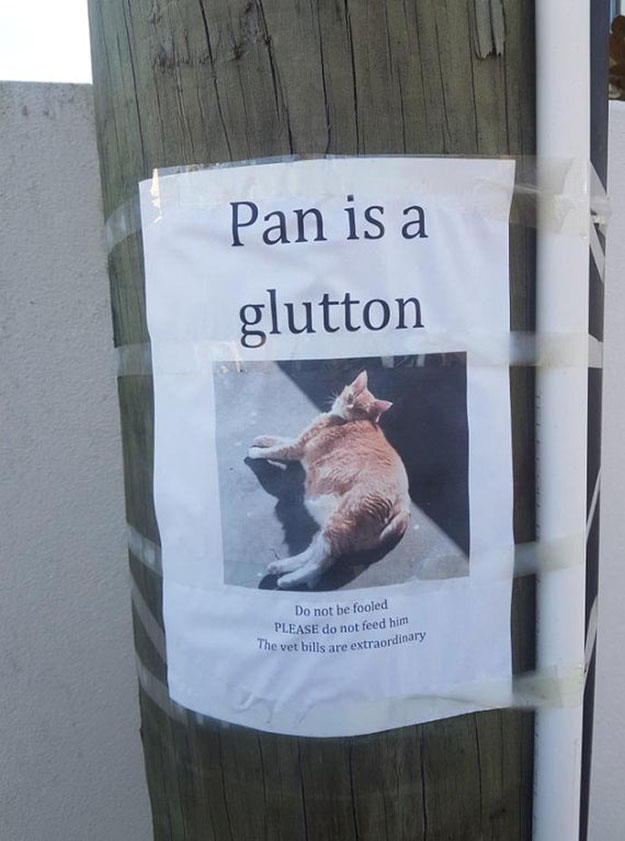 Our pets aren’t as adept at processing the consequences of their shenanigans as we are. Especially if they happen to still be a playful puppy or kitten. Dealing with several chewed up shoes, clothes and other things is part of living with a pet, after all. This is one of the things potential pet owners should seriously consider because a lot of mess, chaos and dirty work come with letting a four-legged cutie share your space. They’ll gnaw on your favorite sneakers and test your sanity. 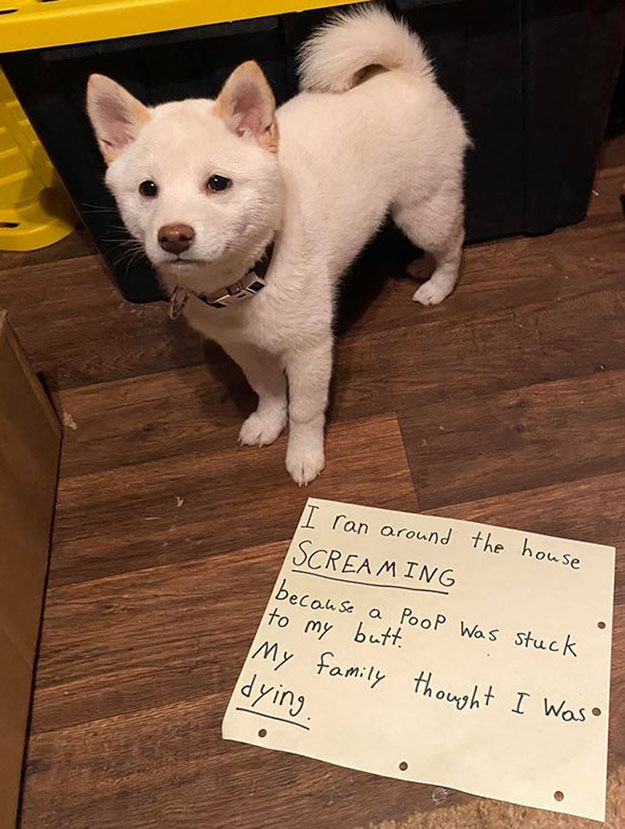 However, since we’re (literally) the bigger person in this relationship, we’ve got to be more understanding. After all, puppies need to gnaw on things as their teeth grow out. But if your pooch is no longer a teething pup, then you’ve got to be more concerned. This is because your dog may be acting out due to some underlying condition like separation anxiety, stress or a need for attention. And scolding or shaming your pet won’t actually help with the problem. In fact, Lambert says that shaming or scolding pets is actually counter productive to stopping your pet’s naughty streak.

“It is unfair and counter productive to punish them for something after the incident has taken place as they don’t know what they are being punished for. If you do catch your dog doing something that it shouldn’t, interrupt them and then distract them with a toy or a game and then praise them once they’ve stopped and settled.”

Thought I would do this great puzzle of a kayaker in a gorgeous location. I couldn’t wait to finish it, maybe even glue it and hang it, you now!? #puzzlefail #dogshaming #dogshamingofinstagram #doodlesofinstagram #mentalillness

I just thought my mom would like some company. ??????? ~ #darrelthebarncat#catsofinstagram#cat#kitty#instacats#meow#kittycat#cutecat#instapet#catoftheday#kittylove#instakitty#cateye#catlover#cutecats#animals#catlove#catloaf#mypet#kittens#catinstagram#mainecoon#orange#gingercat#caterday#ilovecats#catlife#catwalk#crazycatlady#cats_of_instagram

Instead of punishing your dog, animal welfare professionals encourage you to implement positive reinforcement instead

Since we regard our pets as our “fur children”, it would only be right for us to treat them with as much kindness as we do with actual kids. We all know that dogs are incredibly intelligent creatures, and that they have feelings of their own too. So even though “dog shaming” our pooches online seems like a harmless and funny way to get back at their naughty antic(s), it may actually harm them more than you think. Happy, well-trained dogs are less likely to misbehave. So if you’re having trouble controlling your dog’s energy and temperament, you should definitely seek the help of a dog trainer.

“Anxious dogs tend to pant more and appear more thirsty than usual or be uninterested in their food. Other signs include excessive yawning, licking, or curling its lips, an inability to settle, and other noticeable behavior changes.”

Let’s not forget about the other sketchy character living in our house! @annieandsmokeythecats #catshaming

Had a bit of a scare yesterday when I got home. There’s never a dull moment with these two, I swear ? (and a big thank you to @capeside_ah and Dr. Carmine for helping my girl out late in the evening ??) . . . #beaglelab #muttsofinstagram #mainecoon #mainecooncat #dogsofinstagram #catsofinstagram #petshaming #dogshaming #catshaming

Your dog’s bad behavior might be caused by external factors

“Prevention is always better than cure. However, if your dog is displaying anxious or frightened behavior, try to act and behave as normal, keeping calm, happy, and cheerful and if they come to you for comfort, make sure you give it to them. However, if they do retreat, make sure to allow them their space.”

Usually our pets – most especially our dogs – misbehave when we leave them alone for a long time on their own. If you’re a pet owner, chances are, your pet’s probably trashed your home while you were out. But before you lose your temper, try to understand the reason why your pet did what they did. What if they were just freaking out because they weren’t comfortable? A little understanding often goes a long way. You’ll definitely to make an effort to stop your beloved companion from misbehaving!

These #baddogs deserved to have some #dogshaming for this one ?

So why shouldn’t we shame our naughty pets?

A lot of you may think that pet shaming is no big deal. But a lot of animal welfare experts and vets believe that shaming pets is bad. They can’t read what you wrote on the sign you’ve placed next to them. But they can certainly feel the difference in the energy you’re directing at them. And that might frighten or stress them out more. With regards to this issue, The Kennel Club’s secretary, Caroline Kisko, said,

“The idea of shaming a dog is daft. Dogs don’t like having the mickey taken out of them and can undoubtedly plug into that. So why would you do that to your pet? You wouldn’t mock your family or your friends like this, so why your dog?”

“It might be a bit of fun when it is kept to a reasonable level, but people take them too far and it stops being funny for the dog. Dogs have a high level of dignity and we don’t want to undermine that. They are meant to be a companion, not a joke.”

We’ll admit that we personally enjoy scrolling through a list of funny dog shaming pictures from time to time. However, we do see the concern that the animal welfare community is raising. Our dogs are our best friends, and we shouldn’t harass them for something they did. No matter how inconvenient or terrible their “crime” was. We should always be kind and understanding towards our pets. Because at the end of the day, no one can love us more than they do.