We always think of Tokyo as an ultra modern city in Japan and the busiest city in the world. New York City might have something to say to this but Tokyo literally is a city that never sleeps. As with other major cities, Tokyo is widely famous for its tall buildings, busy highways and lively night lights. But behind the glamorous façade are its traditional alleyways. Unlike the modern frontage of the city, Tokyo’s back alleys are nostalgic windows into the Showa era and post-war Tokyo. This is where you can meet and mingle regular folks and enjoy cheap drinks and foods. In the back streets of the city, you get to experience a different world. A world that is the exact opposite of the serious and extravagant life of modern city life. The interesting alleyways of Tokyo inspired Monde, a Japanese artist, to create back alley bookshelves dioramas. 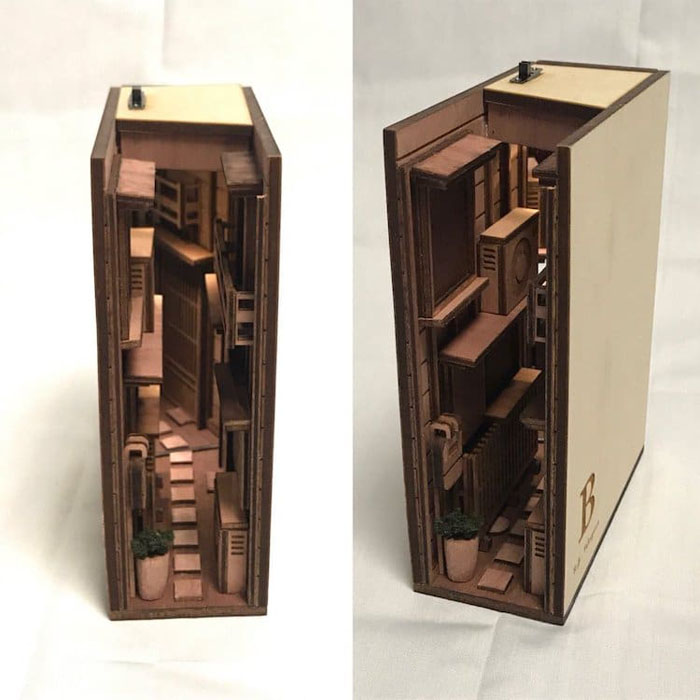 Monde uses different types of materials to mimic the appearance and the atmosphere of Tokyo’s back alleys. His wooden dioramas feature miniature version of the city’s alleyways to allow anyone to bring the traditional scene into their own homes. In order to show what the alleyways look like at night, he added an interior light that gives off a soft glow against the dark. 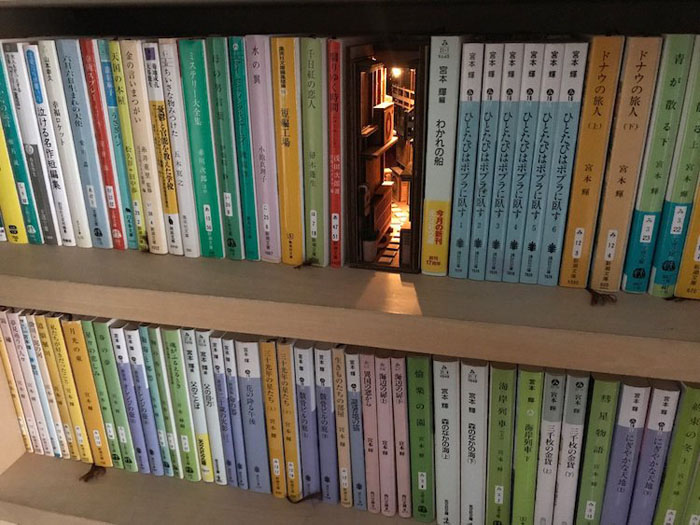 When he debuted his back alley bookshelves at the Design Festa, an arts and crafts event, his creations immediately caught the interest of the participants. His unique project received positive reception that he got invited by Sansiao Gallery to exhibit his creations.

“It was the first time that the work had echoed so far. I made a thing that I would like to make in a small way, not only in Japan, but also for people overseas such as the United Kingdom, the United States, and Canada,”, he shares. 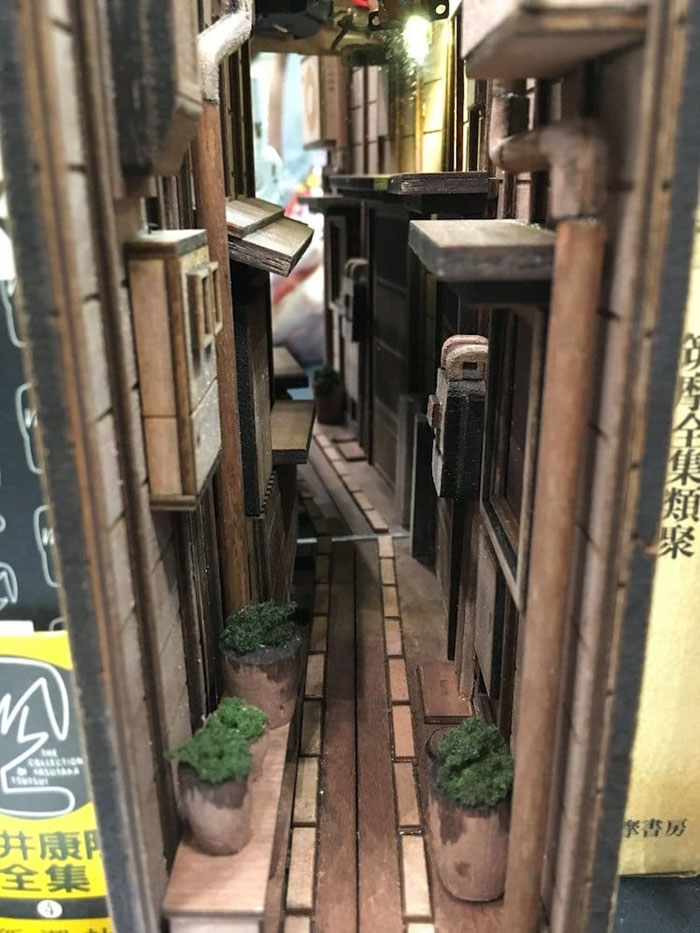 The idea of using a miniature diorama of an alleyway as a bookend is indeed intriguing. Due to the overwhelming public demand, Monde decided to offer his back alley bookshelves for sale. If you want to have these stunning wooden dioramas, you may contact the artist via DM on Twitter.