Considered as close cousins of living elephants, woolly mammoths are the best-known species of mammoths. Experts suggest that they first emerged over 400,000 years ago. Although most of them died about 10,000 years ago, they didn’t completely succumb to extinction until only about 4,000 years ago. Nonetheless, many of their remains have survived into the present day, as their bodies often remained in frozen sediments after death. Lyuba is one remarkably preserved woolly mammoth from the Siberian permafrost.

In 2007, a Nenets reindeer herder named Yuri Khudi and his sons discovered a rather unusual carcass along the Yuribey River on the Yamal Peninsula in northwestern Siberia. At a glance, Khudi identified it as a baby mammoth. Although it had missing toenails and hair, it had strangely remained almost completely intact. Khudi was no stranger to encountering mammoth remains. However, that was the first time he saw an entire animal and an eerily well-preserved at that. 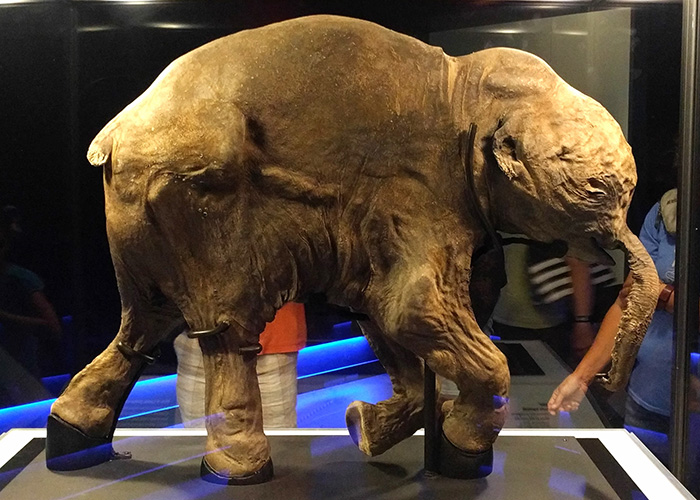 In 2007, a Nenets reindeer herder discovered an eerily well-preserved woolly mammoth from the Siberian permafrost

In his mind, he knew that he made such a significant discovery. However, an age-old Nenets tradition advises against touching mammoth carcasses, as it will bring bad luck. So, he turned to his friend Kirill Serotetto for advice. Serotetto recommended informing the director of their local museum who then offered to make arrangements to transfer the mammoth. 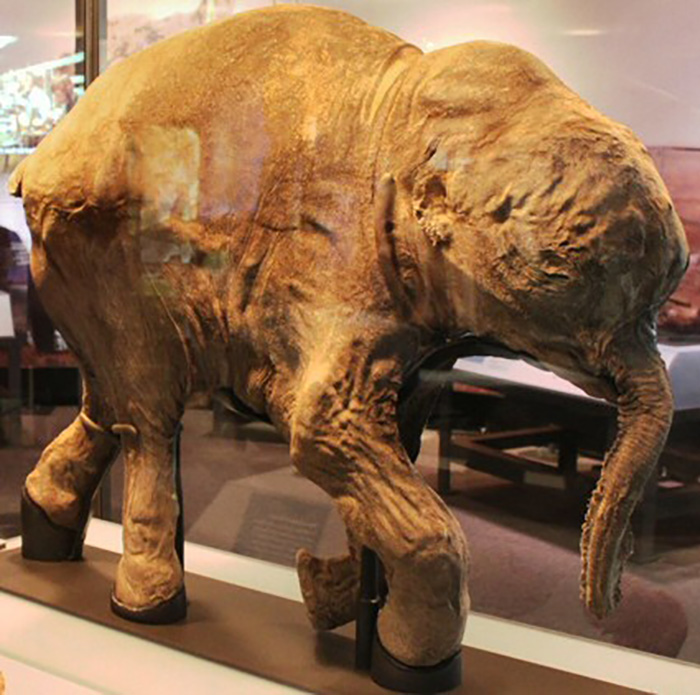 Scientists later discovered that it had died over 40,000 years ago

Unfortunately, when they arrived at the site, the mammoth was no longer there. So, Khudi and Serotetto immediately set off in pursuit of the infant mammoth. Luckily, they managed to track it down at a store in a nearby town. As it turns out, the store owner had purchased it from Khudi’s cousin for a year’s food supply and two snowmobiles. What’s worse was that a few stray dogs attacked it during the move, removing its right ear and a part of its tail. 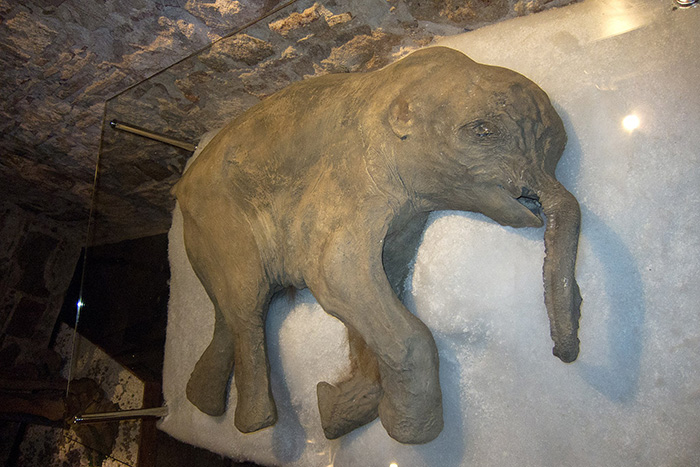 They named it Lyuba, after the discoverer’s wife

With the help of local authorities, Khudi and Serotetto successfully retrieved the baby mammoth. Officials then transferred it to the Shemanovsky Museum in Salekhard for custody. Upon further examination, scientists found out that the calf was a female and had died approximately 41,800 years ago. She was only about 30 to 35 days old at that time. In appreciation of Khudi’s efforts, officials gave him the privilege to give the infant a name. He then named it after his wife, Lyuba, which means “dear” or “love.” 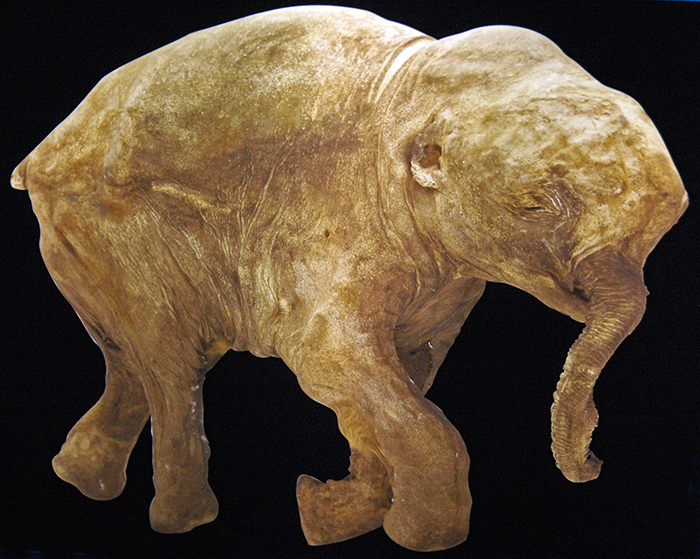 Further investigation revealed that sediment had blocked her trunk’s nasal passages. This prompted scientists to believe that suffocation had caused her untimely demise. Other significant findings included a healthy layer of white fat in her skin. This further suggested that her mother fed her well. Standing at a little under three feet tall and weighing only about 110 pounds, the calf is about the same size as a large dog. Up to this day, the 41,800-year-old carcass remains to be one of the best-preserved mammoth carcasses ever found.