If you thought pineapple on pizza was blasphemous, brace yourself because someone just made a far worse combination. It seems that aliens are real, and one seems to have actually escaped Area 51 because they’re trying to make kiwi on pizza a thing. Yes, that fuzzy egg-shaped fruit with a green, seedy center. Sliced and scattered all over the glorious surface of a delicious pizza. I never thought it would be possible to feel my taste buds recoil.

No offense, of course. The fruit is delicious on its own. More so when it’s paired with yogurt. So the fact that someone actually thinks that this zesty fruit makes a great pizza topping is beyond us. Obviously, pizza lovers on Twitter didn’t hold back on expressing how utterly furious and disgusted they were upon lay witnessing on this unholy combination. 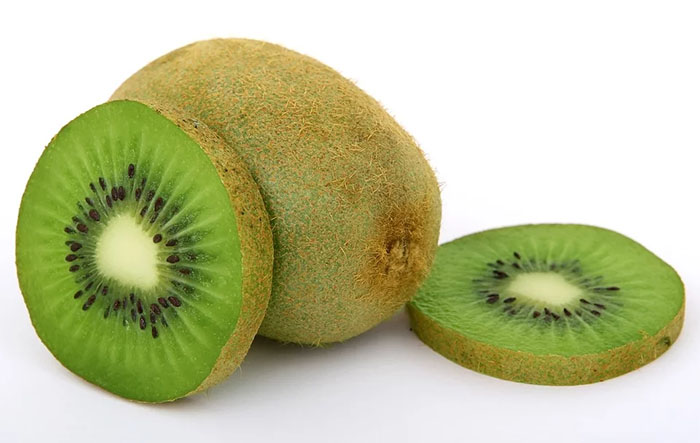 “I have witnessed hell”

I have can now say I have witnessed hell@DaddyWarpig pic.twitter.com/WjC48p9Y3U

Right off the bat, the very sight of this pizza just makes me feel dizzy.  The only green items I’ve seen on my pizza pie until now were the herbs and green bell pepper slices. And the only round stuff we enjoyed seeing on there were onion rings,  olives, pepperoni and even meatballs. Together, these ingredients create a sight that we all love to see. Until now, no other fruit aside from pineapples have graced the surface of pizza.

In fact, the fruit slice-topped pizza is something you’d probably see at an eclectic art show rather than in a pizza box. But alas, it is true. According to the person who posted this online, they got this pizza while on holiday in Denmark. They didn’t elaborate or give further comment on how it tasted, but we can only assume that it was an interesting experience, to say the least.

“This is so terrifying I can’t even type gud now”

This is so terrifying I can't even type gud now. It's worse than I thought.

“Kill it with fire”

“Pineapple was just a gateway topping”

I've been saying for years…

Pineapple was just a gateway topping.

Now look where we are…

“This is a travesty to pizza everywhere”

This is a travesty to pizza everywhere. pic.twitter.com/8BtODK4EUc

“They said they would be happy with pineapple”

They said they would be happy with pineapple. I told y'all it was the beginning of the end.

Others didn’t hold back on their comparisons

“This looks like a microscope slide of an exotic disease”

This looks like a microscope slide of some exotic disease

But some seemed willing to give it a try

“Haven’t tried it so I won’t knock it”

Haven’t tried it so I won’t knock it.

Sorry, but looks possibly awesome. That's the beauty of pizza; it's both nature's most perfect food and comes in endless varieties.

Would you give this fruity pizza a try?