When Keith Haring visited Stedelijk Museum in Amsterdam for his solo exhibition in 1986, he painted a mural on the museum’s façade before he went back home to New York. The 40-feet mural was the pop artist’s parting gift to the Dutch city. But a few years later, the building’s façade was covered with weatherboards to improve the building’s climate controls. Unfortunately, Haring’s mural has to be covered too in order to protect the museum from harsh weather conditions. Since then, Haring’s gift to the city has remained hidden for so many years. Not until June 2018 when a determined group of people appealed to have the aluminum sheets removed from the building. After 30 years in concealment, Keith Haring’s mural in Amsterdam was finally uncovered. 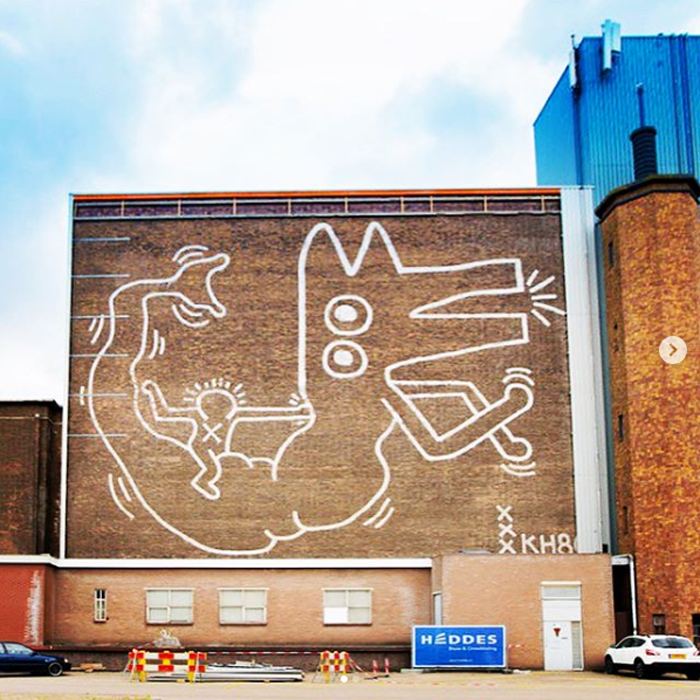 Keith Haring was an American artist who greatly contributed to street-art culture due to his pop art and graffiti-like artworks. Most of his notable murals feature abstract illustrations with comical figures. Evidently, his works clearly manifest the influences of Pablo Picasso and Walt Disney on him. Despite getting inspirations from these two legendary artists, Haring also made his own signature style of drawing. His mural characters are mostly faceless people appearing dynamically due to his clever use of silhouette and lines. And his signature style was plainly present on his monumental mural in Amsterdam. 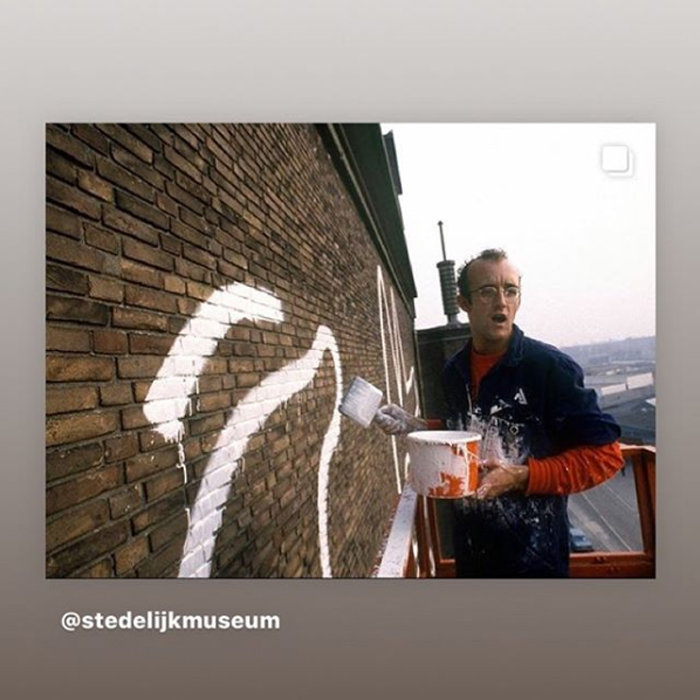 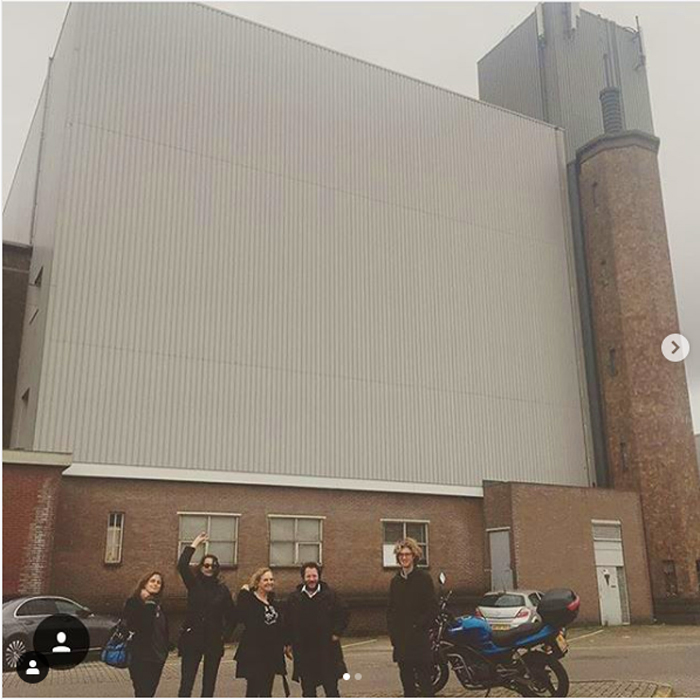 The uncovered Haring mural shows his signature faceless human riding on the back of a bizarre creature that looks like a mermaid-dog. Or we can just simply call it ‘mer-dog’. In fact, this monumental mural is the largest street artwork in Europe and is also the late artist’s largest mural. Like we said earlier, the mural remained hidden for 30 years due to climate control purposes. But thanks to a campaign spearheaded by popular graffiti artist Mick La Rock, along with Stedelijk Museum and Vroom&Varossieu, the monumental mural is finally revealed. So, when the mural got its second debut, Instagram was flooded with photos of the legendary mural.

After 30 years, Haring’s mural is finally uncovered for the world to see 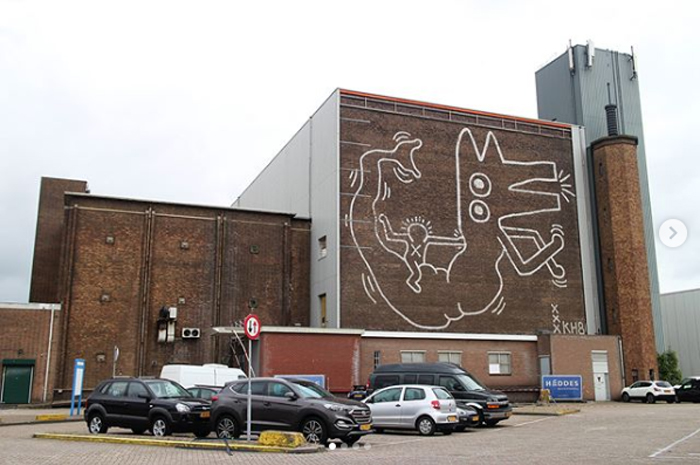 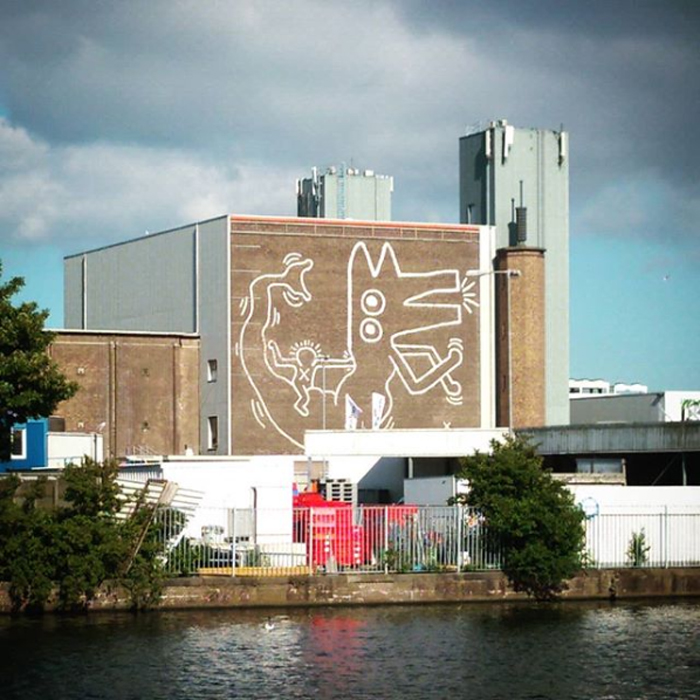 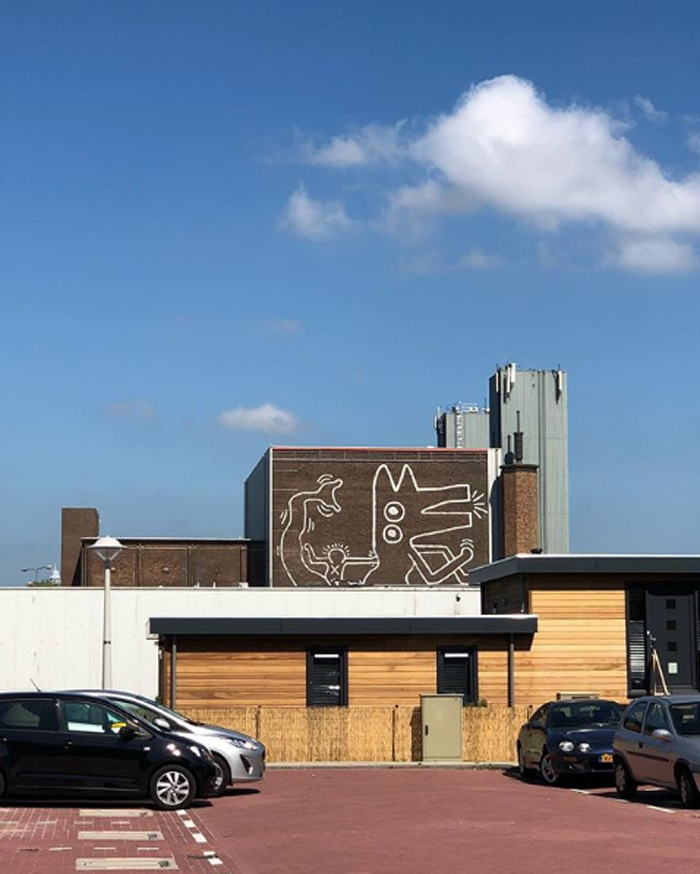 It’s unfortunate that the iconic pop artist did not live long enough to witness the uncovering of his monumental mural. But we’re hoping that this important artwork be preserved for the future generations to see and appreciate.