Normally, when you think of Hot Pockets, you’re reminded of those savory little morsels that you wouldn’t think twice about burning your mouth for. The pockets usually contain fillings like bacon, cheese and pizza-inspired combos. But now, Nestlé has introduced their Sweet Treats line, which is basically like a dessert version of savoury pockets! I don’t know about you, but it’s seems perfect any time of the day!

The Sweet Treats line features two cinnamon-y options. You can choose between the Cinnamon Roll and the Apple Cinnamon flavors. So if you ever find yourself craving for something sweet, you’d better have these ready at your disposal! These dessert slash snack pies are guaranteed to satisfy your indulgent cravings without the hassle of baking!

If you’re in the mood for a decadent treat, you’d best be going for the Cinnamon Roll offering. These contain a sweet cream cheese filling encased in a cinnamon crust. At the same time, the Apple Cinnamon option also comes with a tasty cinnamon crust. However, the latter is filled with a combination of apples and cinnamon. And in our opinion, they’re both wonderful. Honestly, you can’t make us pick just one! 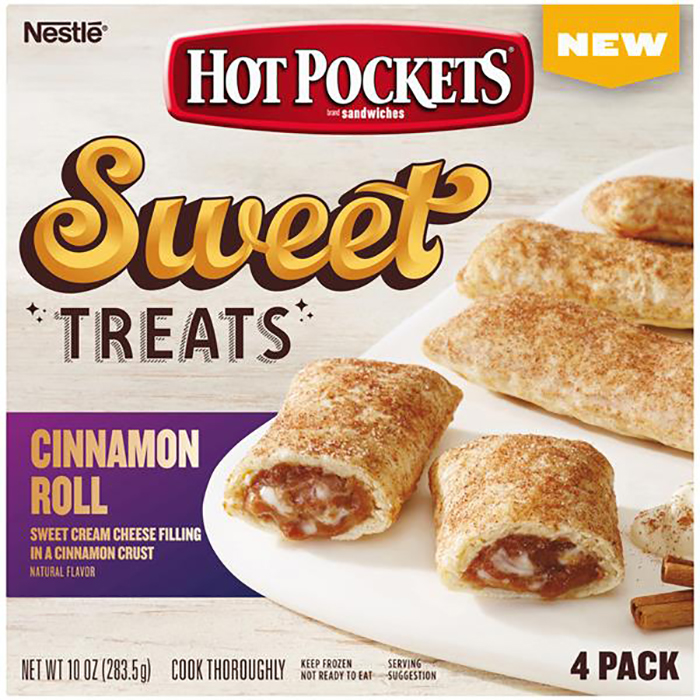 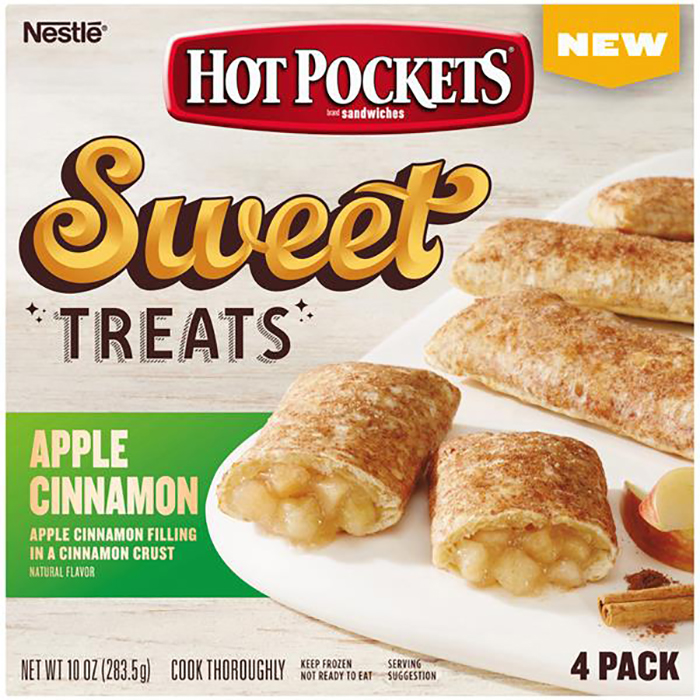 Each 1o-ounce box contains 4 pieces and they don’t take long to cook. But that’s not really the hard part, is it? Waiting for the filling to cool down to an acceptable temperature is. However, the promise of getting lava-hot filling scalding our mouths hasn’t stopped us from taking a bite too early… The Sweet Treats Cinnamon Roll and Apple Cinnamon are available at Hy-Vee. These tasty treats have been around since the fall of 2019, which gives us hope that these yummy morsels will be around as a permanent addition of the lineup.

Hot Pocket Sweet Treats in cinnamon roll! I’ve already reviewed the other flavor, apple. I like this flavor a lot more. Definitely tastes like the middle of a cinnamon roll. This is sweet cream cheese filling in a cinnamon crust. I would like to see them come out with a cherry flavor next! 9/10? [found at Hyvee] @hyvee @hotpockets #hotpocketssweettreats #sweettreats #hotpockets #cinnamonroll #cinnamon #creamcheese #newfoods #foodfinds #instafood #junkfood #foodie #food #foodporn #foodreview #thesweetfoodie #nomnomnom #iifym #cheatday #munchies #flexibledieting

You can enjoy the Sweet Treats in singles now too

A post shared by Creator from Philadelphia (@theghostinyoumusic) on Mar 3, 2020 at 6:27pm PST