Turn your yard into the happiest place on earth this Halloween by placing this Haunted Mansion inflatable. This Halloween yard décor features the attraction’s most popular resident spirits – the Hitchhiking Ghosts. If you frequent the popular ghost train attraction at Disneyland Park then these three ghostly characters may look very familiar to you. They are the infamous trio that appears near the end of the ghost train ride in the Disney theme parks. These three ghoulish ghosts appear to be hitchhiking for a way out of the cursed manor.

Now you can bring these creepy yet adorable characters to your home and let them use their ghostly powers to haunt mortals stepping into your yard. This Haunted Mansion inflatable features the three recognizable characters with their usual hitchhiking gesture, hoping to finally get a ride. No need to use an air pump, this airblown outdoor décor self-inflates in seconds. Just plug it in and its internal fan will inflate it without the need for battery. 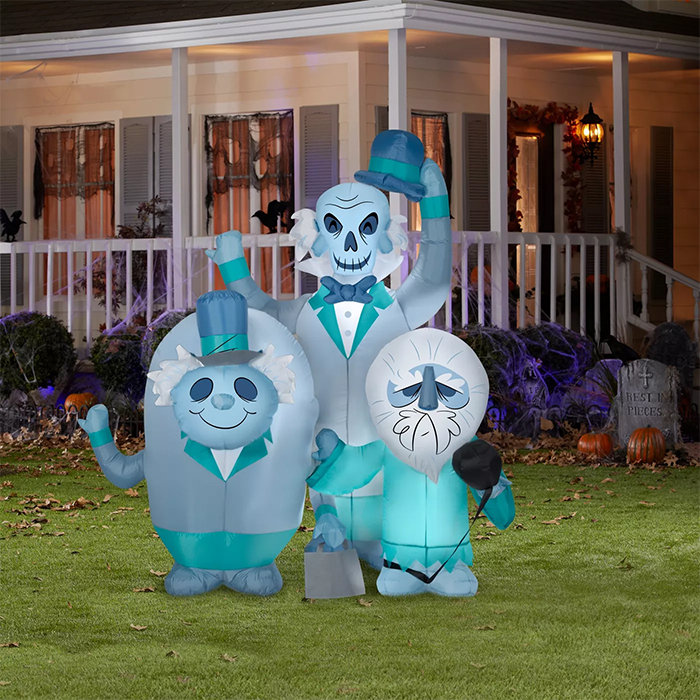 Moreover, this Haunted Mansion inflatable has built-in energy-efficient LED lights that will make these airblown ghosts come alive at night. Watch as the adorable ghosts give off an eerie bluish glow to illuminate your yard in the dark. It comes with stakes and tethers to help you set it up securely in place. When fully inflated, the entire piece measures 63 inches long, 72 inches high, and 33.5 inches deep. It is made of durable polyester and deflates easily for easy storage.

This Haunted Mansion inflatable should be a Halloween must-have for all die-hard fans of Disney.  The accurate depiction of Ezra Beanie, Phineas Plump, and Gus will surely remind you of those thrilling rides you had inside the ghost train attraction. The tall and skinny Ezra lifting his hat above his head, the stout Phineas holding his trusty carpet bag, and the pint-sized Gus carrying his ball and chain.

Disney’s The Haunted Mansion (2003) movie, which starred Eddie Murphy, was based on the theme-park attraction of the same name. If you’ve seen the movie, you’ve probably caught sight of the scene where the Hitchhiking Ghosts made a cameo appearance in the graveyard scene of the film. 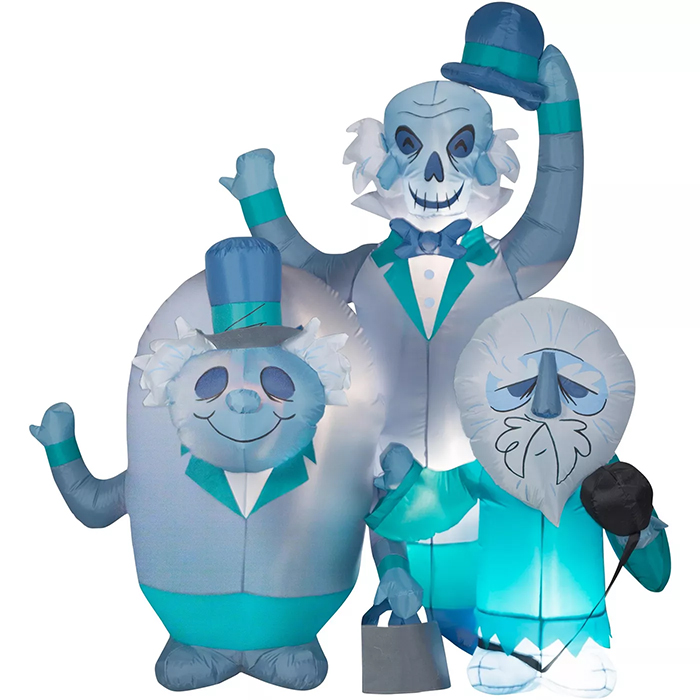