Dogs Trust Ireland made dogs believe in Christmas this year. In collaboration with their supporters, the Irish animal shelter surprised their furry friends with a room full of toys. But that’s not all of their paw-some surprise! Because this year, the dogs got to choose their gifts on their own! And their reaction to this wonderful surprise was just too pure for words.

The shelter’s been giving gifts to their rescues since 2017. Back then, they did a Secret Santa Paws event for the dogs. In this event, staff members bought a long-term dog a present specifically for them. Then, in 2018, they switched it up because they “wanted to do something different, so again the staff donated toys”. During this event, the staff picked what their fluffy giftee would receive. 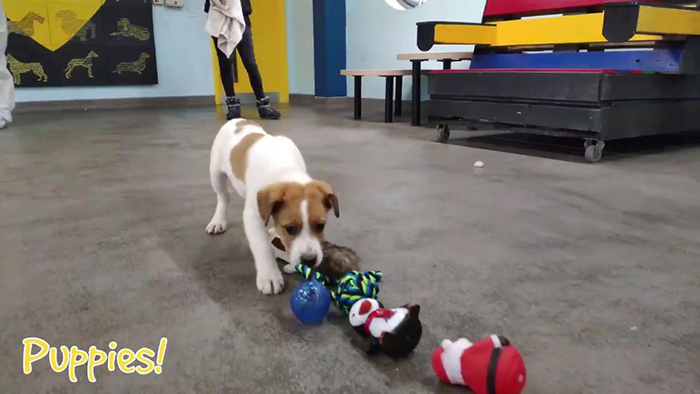 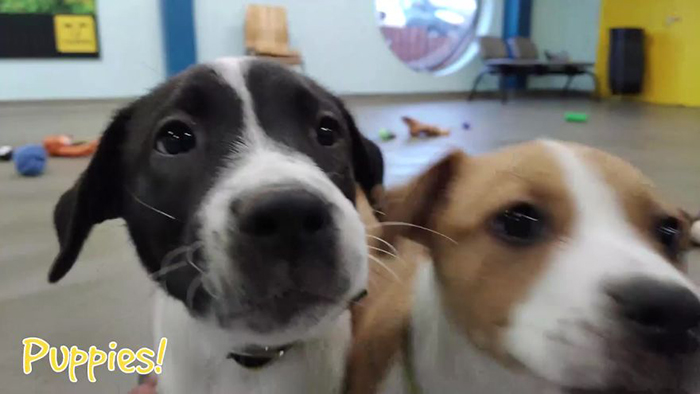 With the happy successes of the 2017 and 2018 gifting events, Dog Trust Ireland’s supporters, decided to join in on the fun. The shelter saw piles of gifts under their Christmas tree for the 2019 holiday event. “So we did it again this year, and combined supporter donations from under our tree in the reception with staff toy donations,” the Irish animal center wrote.

Staff arranged the toys in neat lines. Then, the pooches were led into the room one by one. They did this to avoid any conflicts that could arise in case two dogs chose the same gift. It’s not hard to pique a pooch’s interest when there are hundreds of colorful toys that come in all shapes and sizes lined up on the floor. Some took their time, meticulously sniffing and inspecting for the perfect toy. Some did the zoomies and picked up the squeakiest, most colorful toy they could find. 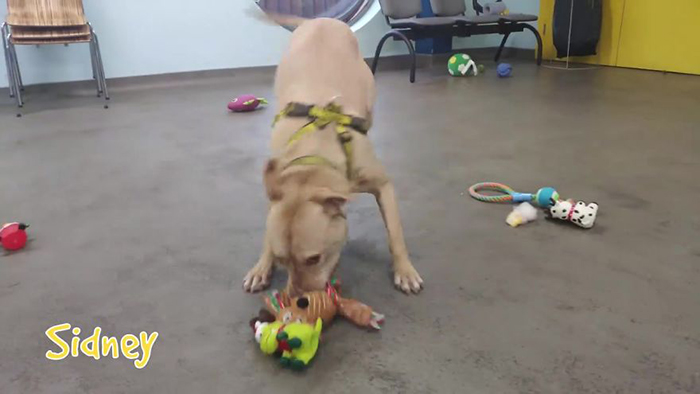 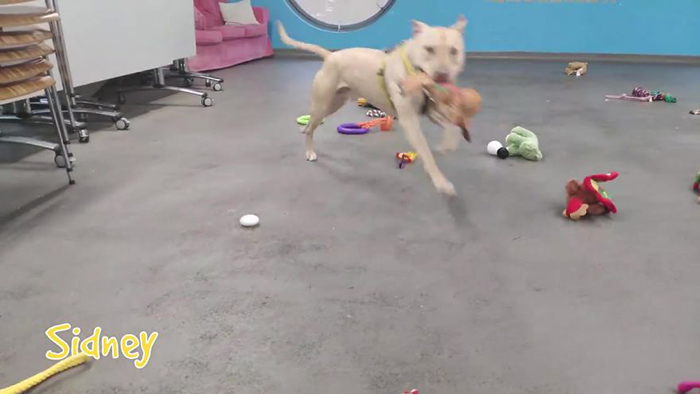 “As you will see, deciding on which toy was a big decision for some dogs and some delighted in the squeakiest toy they could find,” Dogs Trust Ireland wrote. 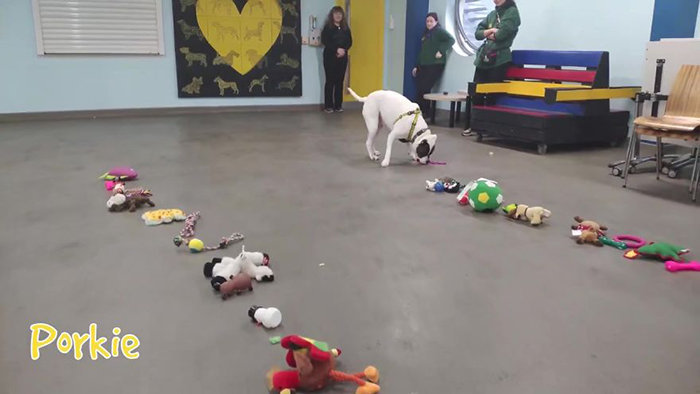 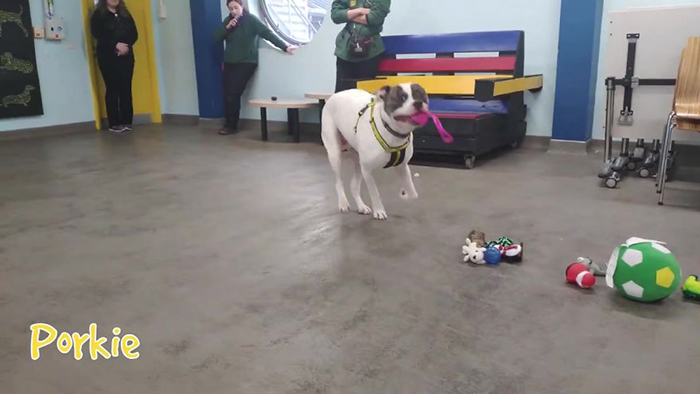 All 35 Dogs Trust pooches are available for adoption

Now, if you’re currently in the market for a best friend, the happy pooches featured in Dog Trust’s heartwarming Christmas video are still in their care. “We put a pause on adoptions over Christmas every year, so the dogs in the new video are still with us, but we hope to find them their Forever Homes in the new year!” Dogs Trust wrote. According to the them, the video is also a way of showing their rescues’ different and very charming personalities. They hope that the adorable video will help them find the right families for their pooches in the coming new year. 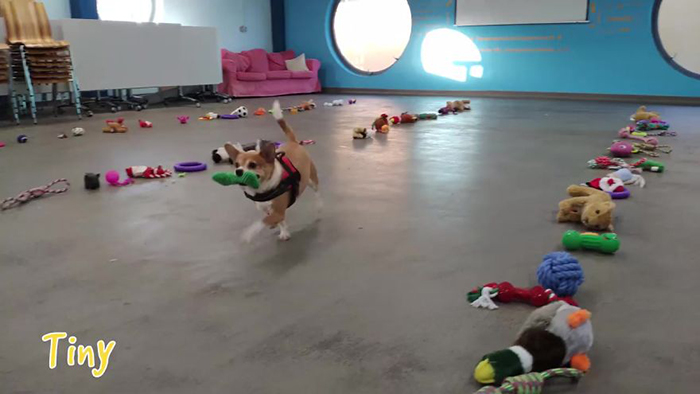 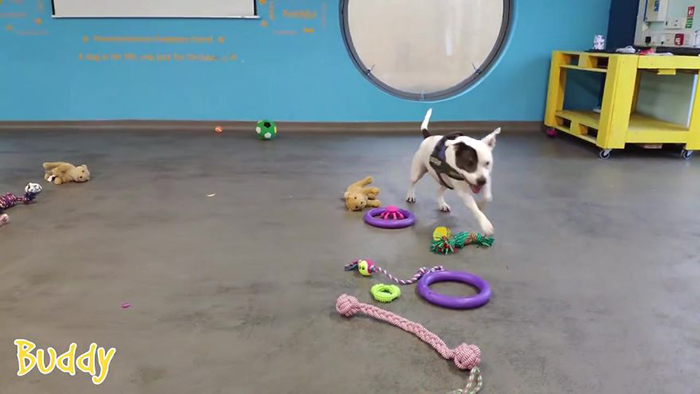 Since being founded in 2005, the dog rescue and rehoming charity has helped rehome 2,025 dogs since 2018 alone. They’ve also assisted in neutering over 119, 844 dogs since 2006.  In addition, the charity has also aided in microchipping 7, 354 canines and offered 2,265 education workshops since 2018. As of writing the shelter currently has 90 dogs waiting to find their forever home. So if you’ve been thinking about getting a pet lately, you should definitely check out their lineup! Your bestest friend in the whole wide world just might be with them, waiting for you! 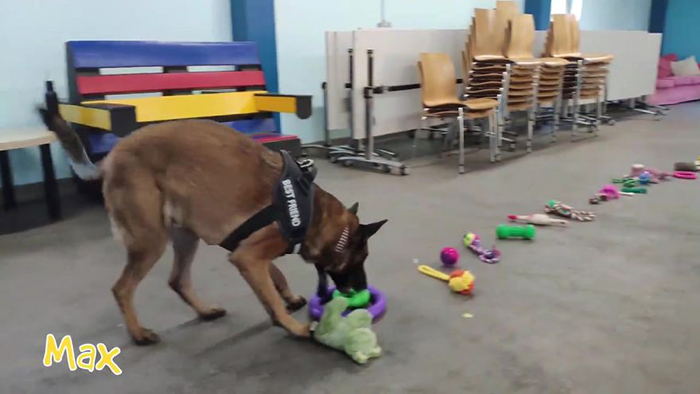 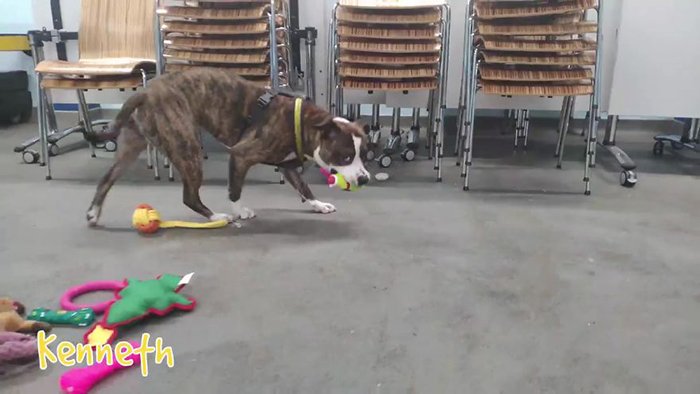 But if you can’t adopt a fuzzy friend right now, the Irish animal shelter also has a one-off or monthly donation option. You can also sponsor a dog, where you’ll get letters, updates and cards about the pooch you’re supporting. The site offers three dog sponsorship options, where you can choose from a pre-chosen pooch, a mystery dog or a puppy playgroup. Check out their website or Facebook page for more information. 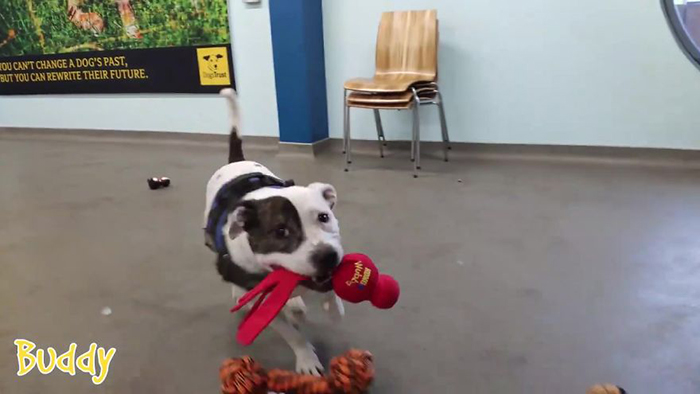 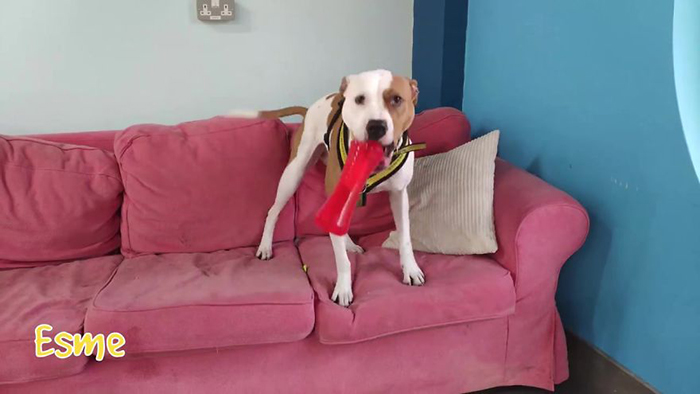 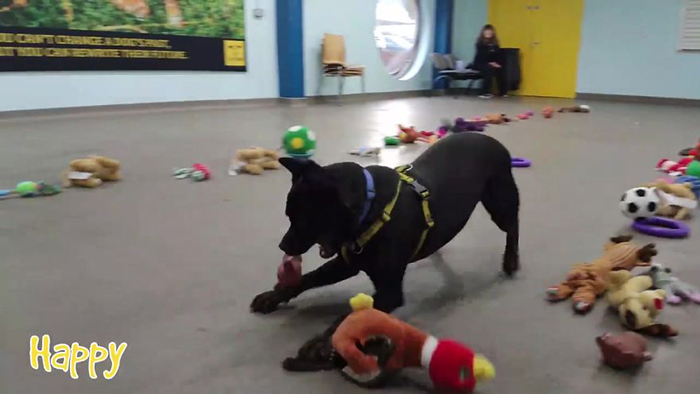 Watch the dogs choose their toys with pure joy here