There are people who prefer their coffee to be extra strong. On the other hand, there are also those who prefer them extra sweet. If you’re among the latter, then we’ve got some interesting news for you. Coffee-mate Cinnamon Toast Crunch and Funfetti creamers are hitting the market come January 2020. It isn’t even Christmas yet, but here we are, all pumped up for the new year.

If you love satisfying your sweet tooth early in the morning, then these two creamers will surely be your new morning buddies. As you might have guessed, the Cinnamon Toast Crunch variant is as good as the cereal itself. Basically, it’s a combination of brown sugar and cinnamon with hints of toasted cereal in the form of a creamer. To put it simply, it tastes just like the cinnamon-infused milk that’s left in your bowl after devouring your cereal. 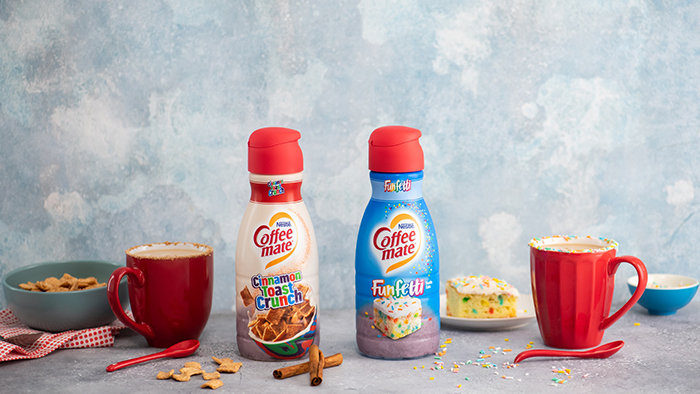 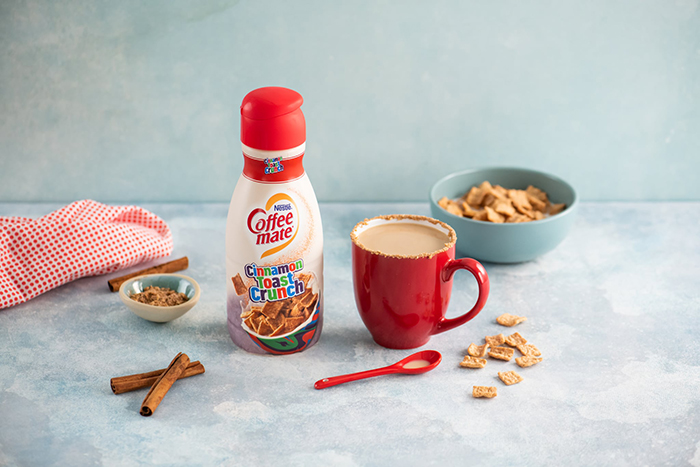 Meanwhile, the Funfetti-flavored creamer is just pure cakey goodness. In fact, it’s good enough to count as a dessert in a cup when mixed with your coffee. It might not be as fluffy as a classic birthday cake, but it sure does taste like one. With hints of cake batter, vanilla and a sweet frosting taste, your morning cuppa couldn’t get any sweeter than this. 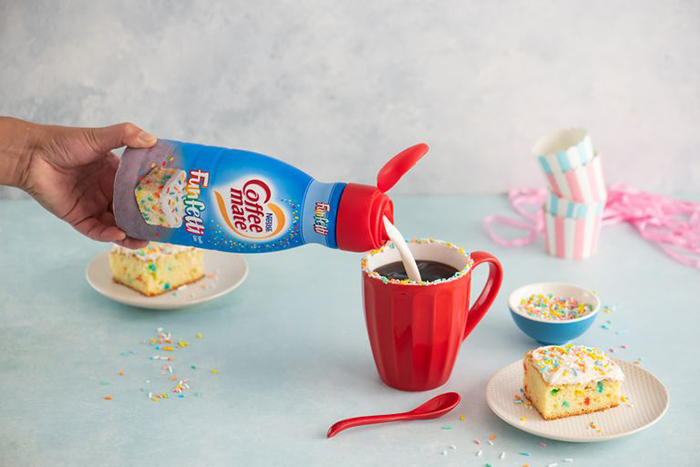 Coffee-mate first teased its fans with two Instagram posts, each featuring a screenshot of a creamer-related tweet. It turns out that they were already hinting at their upcoming offerings at that time.

Well, you know what they say, “seek and you shall receive.” So, a few days later, the creamer brand dropped the sweetest news for all the coffee creamer connoisseurs out there.

Unfortunately, we still have to wait until January 2020 to get our hands on these exciting new flavors. But when you come to think of it, that’s only a little over a month away! So, mark your calendars now and start counting the days to the official launch of the Coffee-mate Cinnamon Toast Crunch and Funfetti creamers. The retail price will be $3.99 for the 32-ounce.