If your cat has ever refused to eat, it can be an indication of either a physical illness or a psychological problem. Just like us, animals also feel emotions, thus they may become depressed as a result of major changes in their lifestyle. And nothing could hit them harder than to get abandoned by someone who meant everything to them. We hear a lot of inspiring stories about rescue animals finding their forever homes and how the love they got from their new owners changed their lives for the better. But not all animals end up with a ‘happily ever after’. Sad but true, some of them are left abandoned and neglected.

Some people surrender their pets to the shelter for a lot of reasons. Having a new baby, moving to a new home, unable to handle the cost, allergy problems and lack of time – these are some of the most common reasons why some owners have to give up their beloved pets. Of course, these reasons are all understandable. But some people have more outrageous reasons that are beyond comprehension. Tiger Tim, for example, was surrendered to the shelter by his owner because of one ridiculous reason – his human dad just got a new couch. 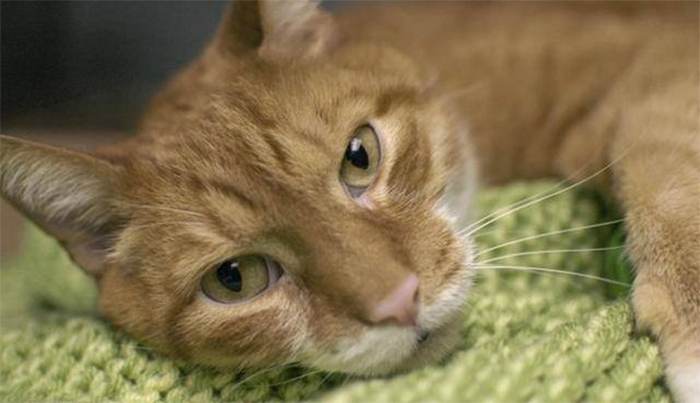 Tiger Tim was brought to New York City Animal Care and Control (ACC) by his human dad because of a new couch. The man was probably worried that the kitty might scratch and damage the new furniture. So, he decided that the kitty had to go and leave the house for good. When the poor kitty was left at the center, he was so heartbroken. The staff gave him food but the cat refused to eat. He spent most of his time curling into a little ball in a corner. Worried about the cat’s condition, the staff decided to turn him over to Magnificat Cat Rescue where he could receive proper medical care and attention.

This Cat Refused To Eat And Curled Up Into A Ball 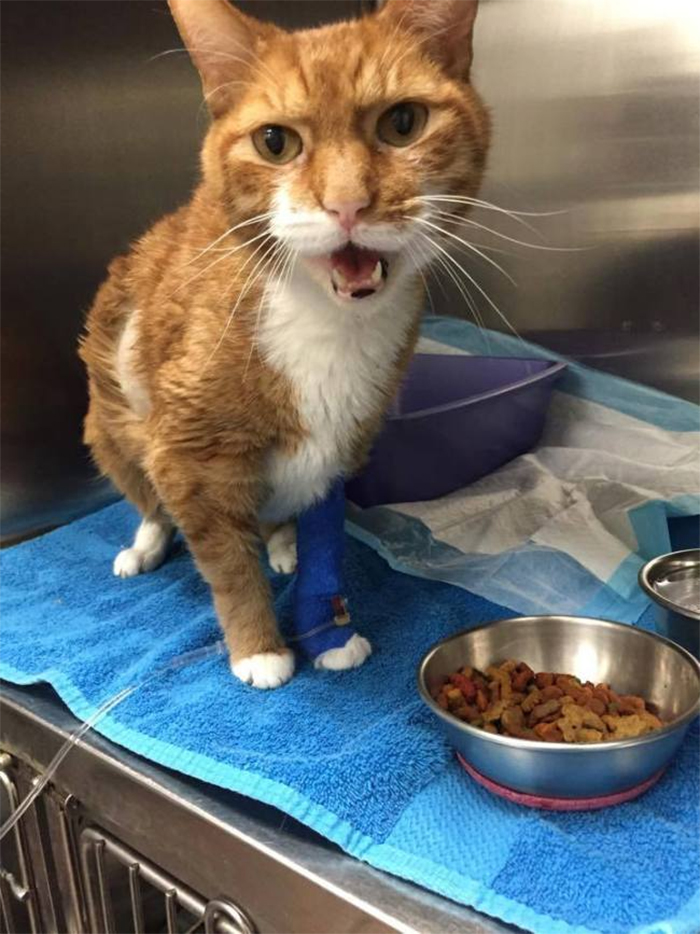 The non-profit rescue organization knew that the only way to get Tiger Tim back on his feet was to get him a new home. In 2015, the rescue group shared Tiger Tim’s story on Facebook and how he was ruthlessly abandoned by his owner. The story struck a chord with millions of people and the post was flooded with words of encouragement and well wishes for the crestfallen cat. Finally, a kind-hearted woman took him into a loving foster home where he got showered with love, care and affection. Tiger Tim quickly recovered from depression and showed progress over a short period of time. 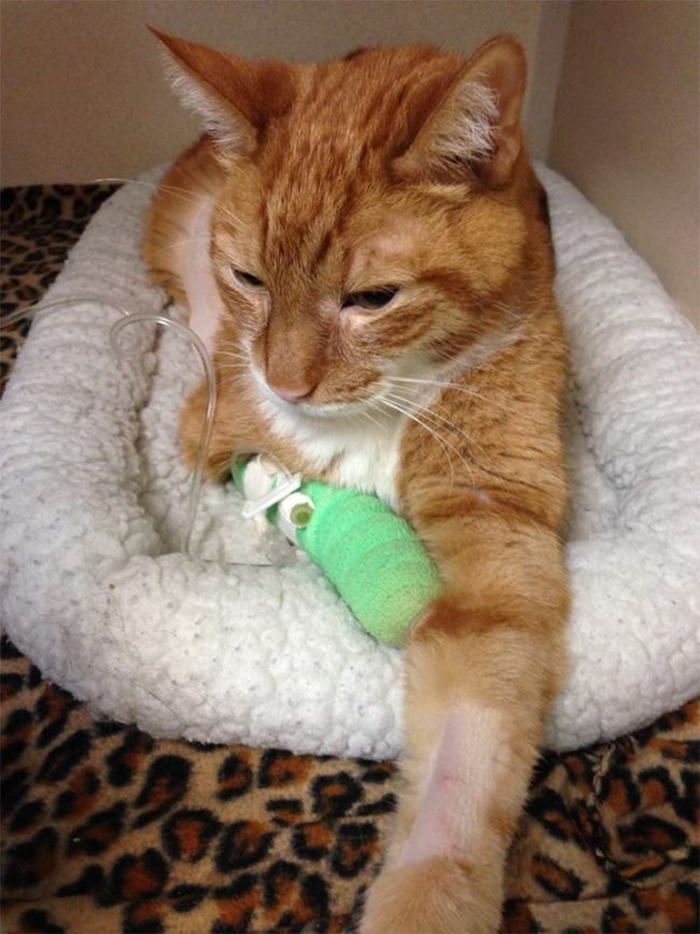 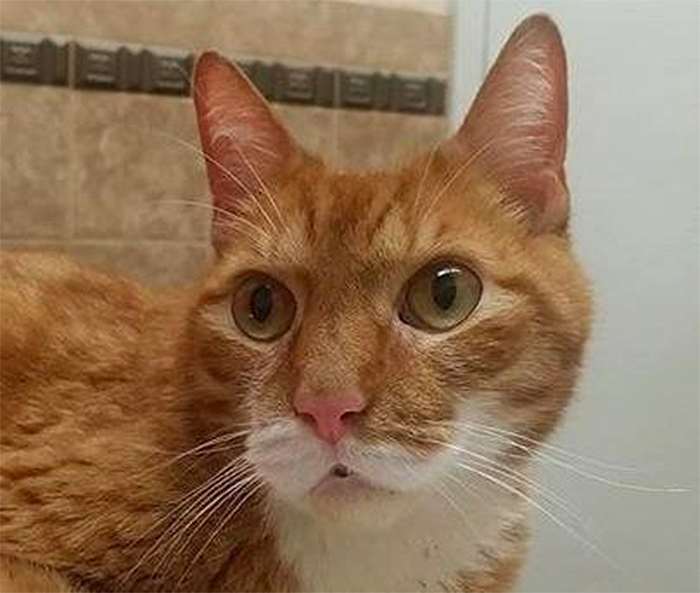 But a few months later, Tiger Tim was diagnosed with cancer. The vet advised to put him to sleep to prevent suffering as fluid continued to fill his chest cavity. Sooner or later, the buildup would make him struggle to breath and experience intense pain. So the rescue group decided to do what’s best for Tiger Tim. Cradled in his foster mother’s arms, the sick kitty peacefully passed while the staff comforted him by telling him what a wonderful cat he was. Those parting words and the loving care of his foster mother at least made his last days happy. 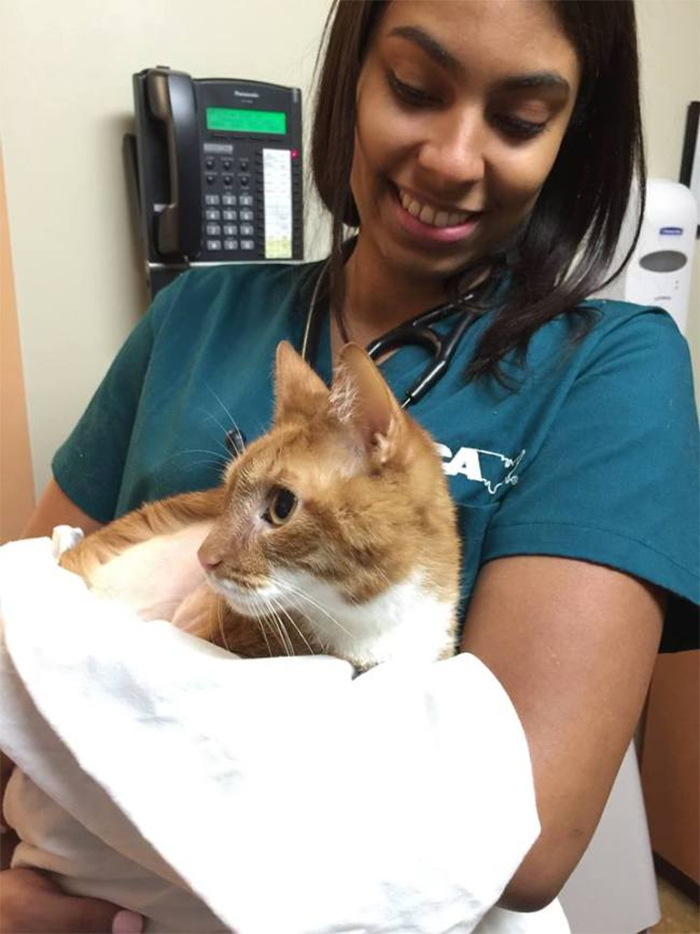 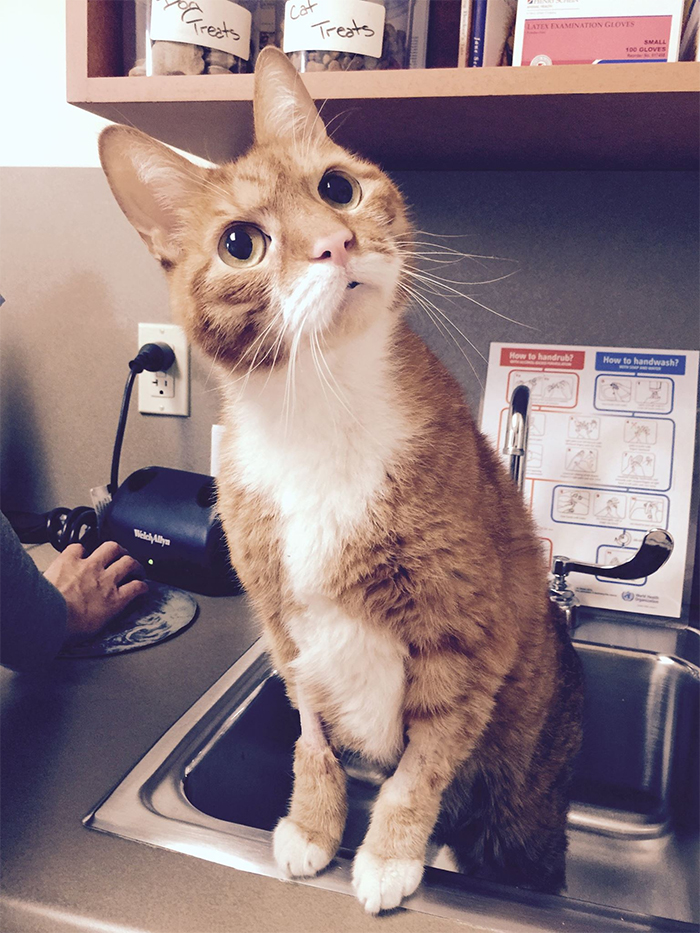 Thousands of people mourned when news about Tiger Tim’s death was posted on Facebook. His bittersweet story served as an eye opener to everyone about responsible pet ownership. Cats, dogs and all other animals are living creatures with feelings too. They feel happy when they’re loved and they feel sad when they’re abandoned. Owners need to understand that pets are not toys that they can simply dump when they’re no longer needed.