Bridges Are Being Made For Animals To Safely Cross Roads

Road systems are necessary for public transport. Street network is indeed convenient for humans. But roads and highways have proved to do more harm than good to animals.  Every week, millions of wild animals die from vehicle collisions in the U.S. alone. Despite the numerous road signs, the increasing number of animal roadkills keeps on increasing each year. Ever since road systems are constructed, animals have been exposed to danger from moving from one place to another. For this reason, wildlife bridges are built to allow wild animals to cross man-made roads safely.

Wildlife crossings are in the form of bridges, overpasses, underpass tunnels, and ecoducts. These structures provide safe passageways for passing animals to cross over public roads. With these safe routes, wildlife animals won’t have to access the busy roads and highways anymore. They can safely cross over or under these structures to move on to their path.

The first wildlife crossing ever made was in the form of bridges for animals. In the 1950’s, France constructed several animal bridges to protect both animals and humans from vehicle collisions. When it comes to wildlife bridges, Europe definitely leads the way. Apart from France, the Netherlands also feature 600 overpasses and ecoducts for deer, boars, and badgers. As a matter of fact, the Netherlands takes pride of having the longest wildlife overpass in the world. The Natuurbrug Zanderij Crailoo stretches 800 meters in length, overpassing the massive N525 roadway and nearby rail lines.

Canada and the United States are also trying to pay more attention in building animal bridges. In the past 25 years, both countries have built several bridges for animals. The Banff National Park in Alberta features a network of bridges and underpasses for wild animals. Over the years, these animal crossings are being accessed by an increasing number of large mammals to traverse into their habitats.

A wildlife bridge in Germany

Amazingly, these bridges for animals also prove to serve not just large mammals but also tiny creatures as well. This animal bridge in Christmas Island, Australia is serving as a passageway for millions of migratory red crabs.

Furthermore, this Nutty Narrows Bridge in Washington is a rope bridge intended for squirrels to safely cross over. 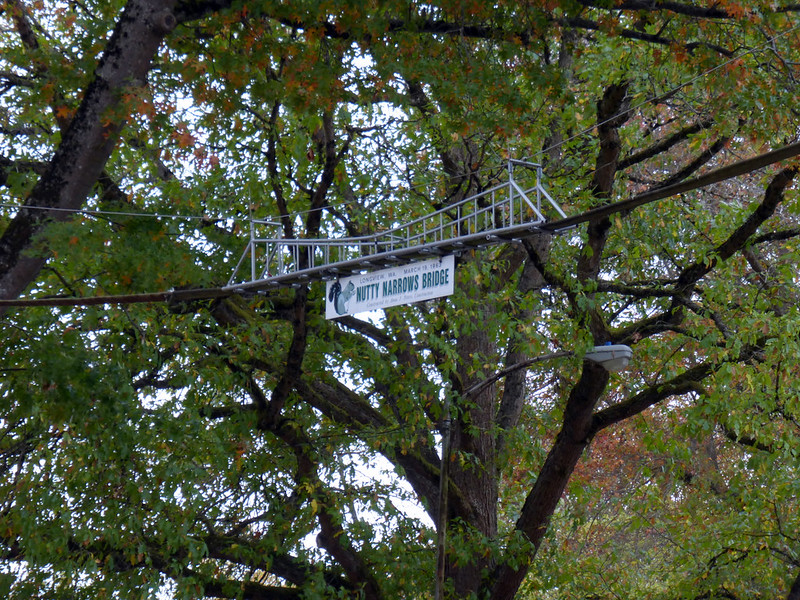