Amongst the many tons of trash that washes up on the world’s beaches every year there are occasionally some fascinating, rare and valuable finds. You know those guys you see methodically scanning the sand with metal detectors? Surely, they never find anything, right? Well, most times this is probably the case. But other times it’s hard to believe the treasures people have stumbled upon. Check out these 15 cool finds, below! 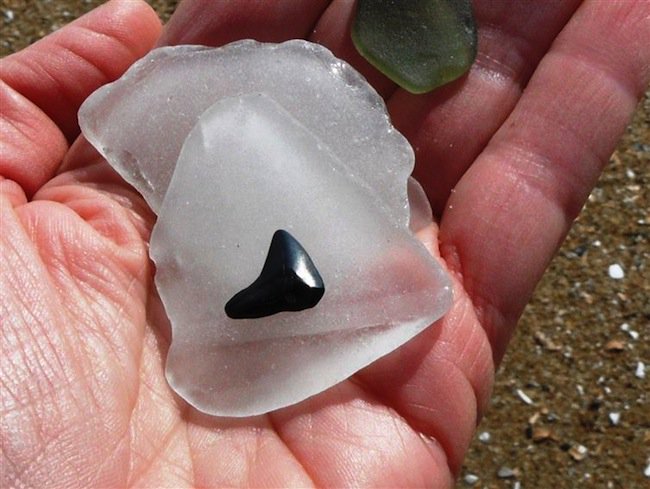 These never come from live sharks, meaning they are anywhere from thousands to millions of years old! 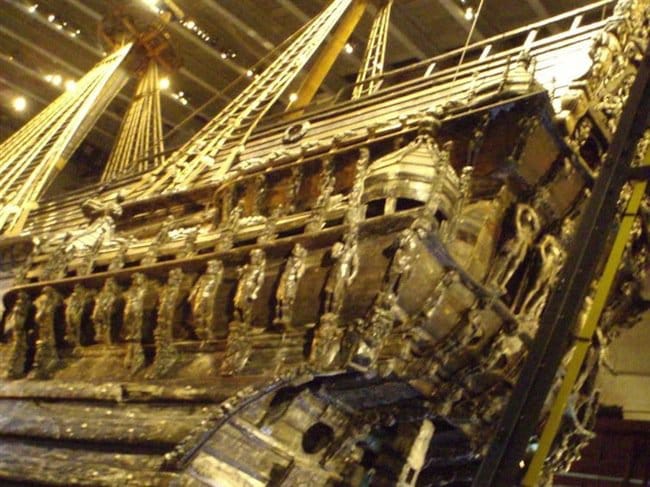 Back in 1622, this ship was so packed full of treasure, it took two whole months to load it. The ship sunk off the Florida Keys and was lost until 1985 when Mel Fisher found the wreckage. The treasure that was found was worth a cool $450 million. 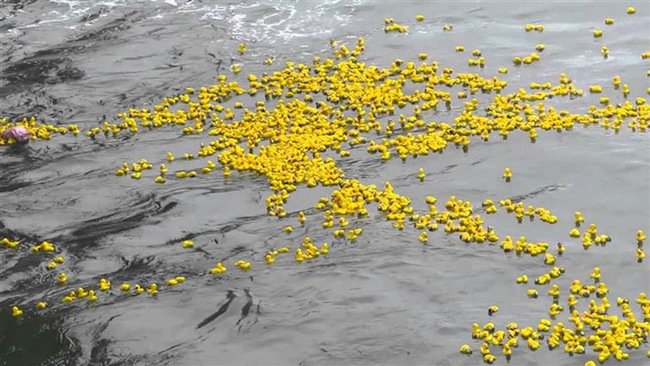 In 1992, 29,000 plastic yellow ducks, blue turtles and green frogs broke free from a cargo ship. Since then they have been washing up on beaches around the world, from Scotland to Hawaii. The ducks have been helping scientists study tidal patterns! 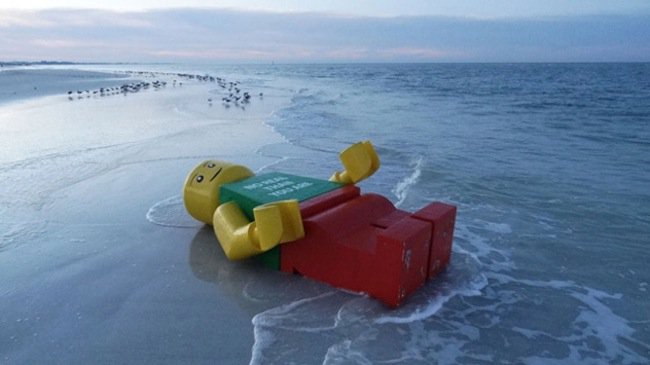 Bizarrely, four of these 8 foot tall giant lego men have washed up on beaches around the world. No one is sure how or why. 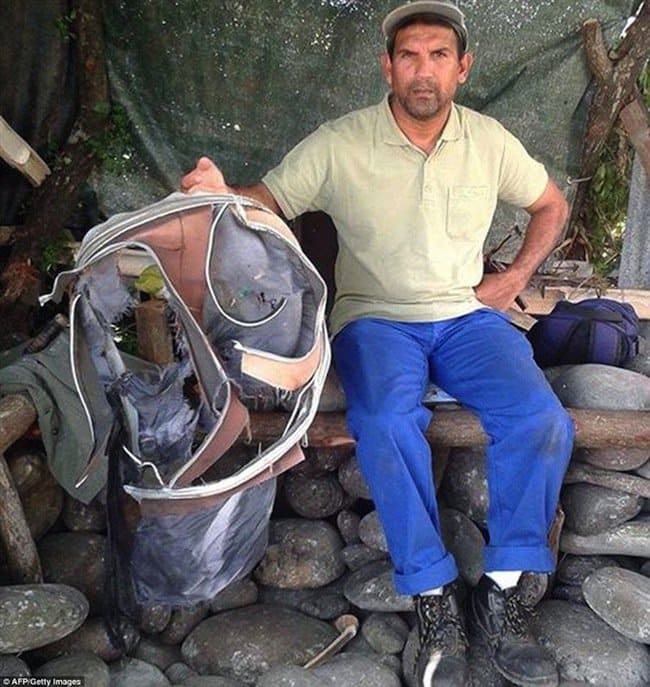 Simply looking for a rock to crush chillies with, a man on La Reunion Island in the Indian Ocean ended up stumbling upon the wreckage of missing flight MH370. 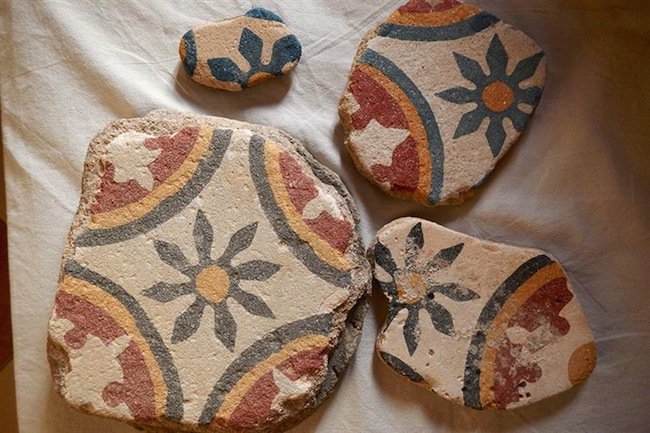 This hand painted art was found on a beach in Morocco. 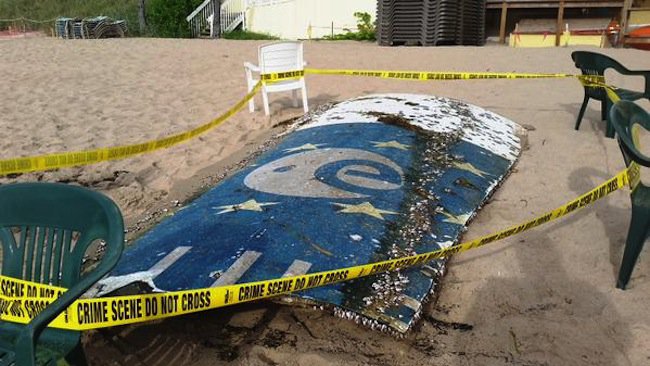 Authorities believe this flotsam is part of a rocket. It was found washed up at Fort Lauderdale. It is believed to have come from the EU’s Galileo Satellite. 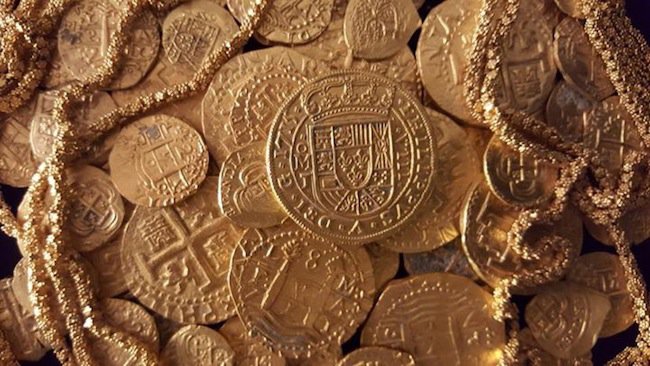 Just 15 feet below the water, this amazing find of gold was found in Florida. 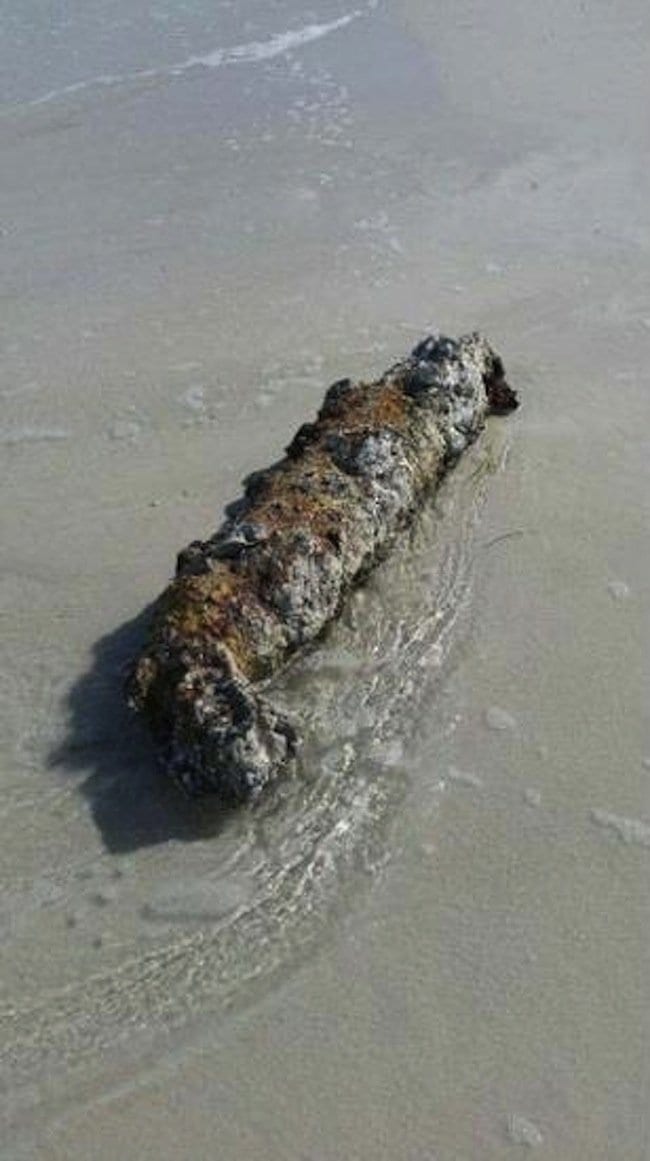 This barnacle-encrusted bomb was found near Tampa Bay in Florida. It’s believed to be a WW2-era flash bomb. 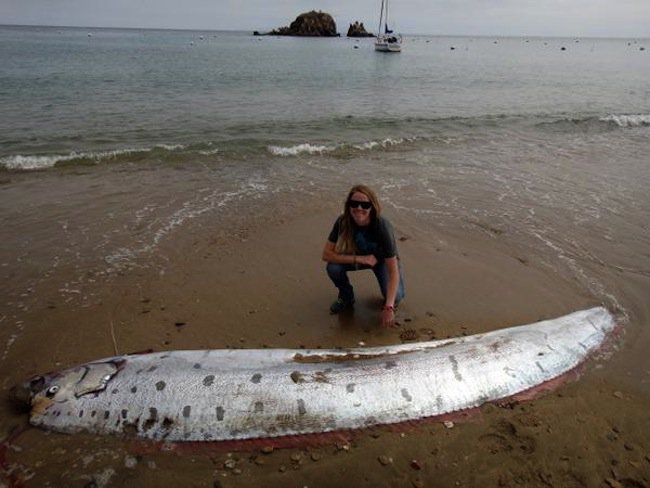 This 13 foot Oar Fish was found on Catalina Island in California. 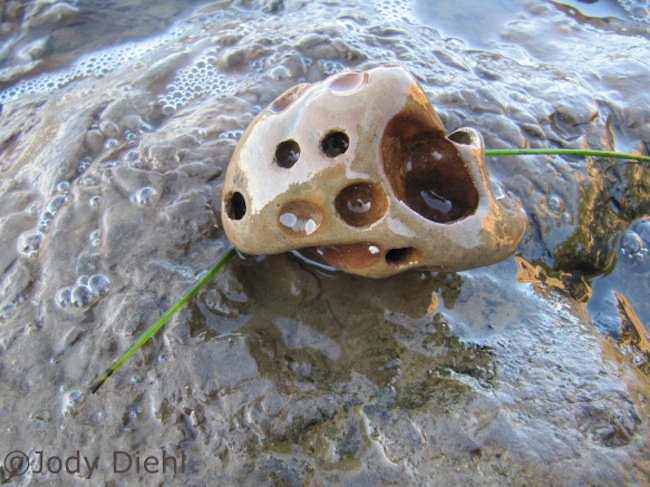 Small mollusks can dig their way into rock, creating awesome natural sculptures like this one. 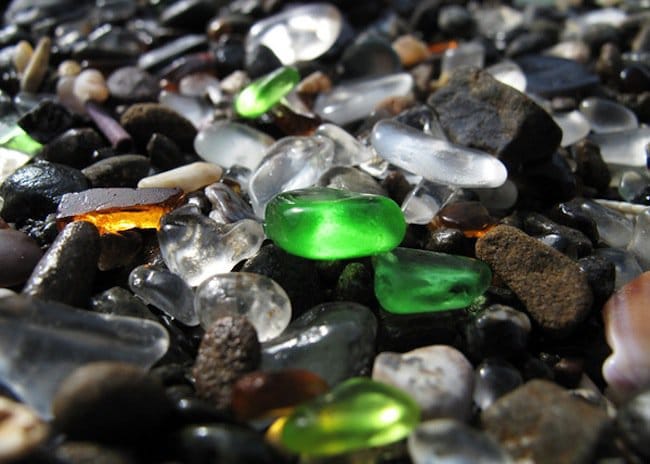 It starts as garbage, but can turn into rather beautiful “sea glass”. 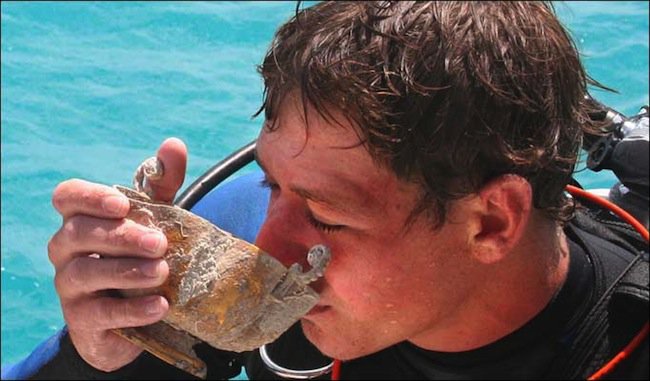 While cruising off the coast of Key West, Mike Demar found this amazing golden chalice worth $1 million. 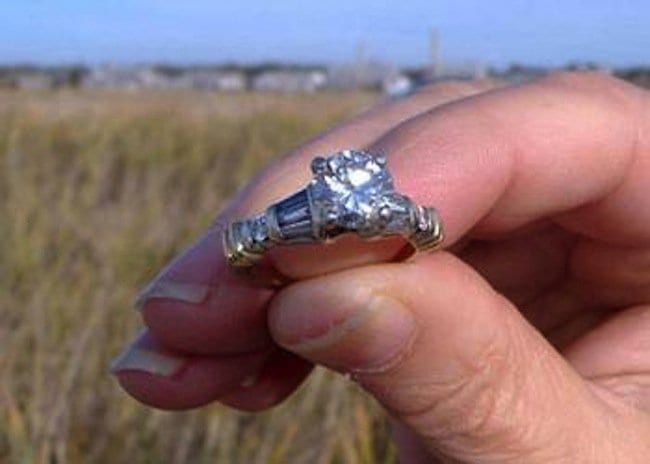 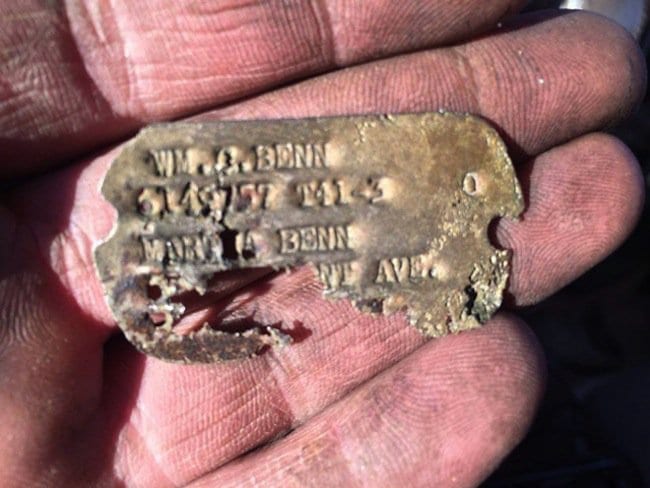 These dog tags were found on a Massachusetts beach. They were finally reunited with their owner’s family in 2015.