Store trolling comedian Jeff Wysaski, a.k.a ‘ObviousPlant’, loves leaving hilarious notes on the shelves of local shops. In fact, he’s becoming quite famous for his in-store pranks. Wysaski has already done over a bookstore, a pet store and his local grocery store. His latest mischief was at a branch of IKEA, where he planted a series of fake ‘in-store reviews’. In one, he compares a loud, color-clashing couch to ‘how dubstep sounds’. Another review sees a wardrobe marked down due to its leading to a ‘stupid place called Narnia’. Hilarious! Take a look!
Website: pleated-jeans 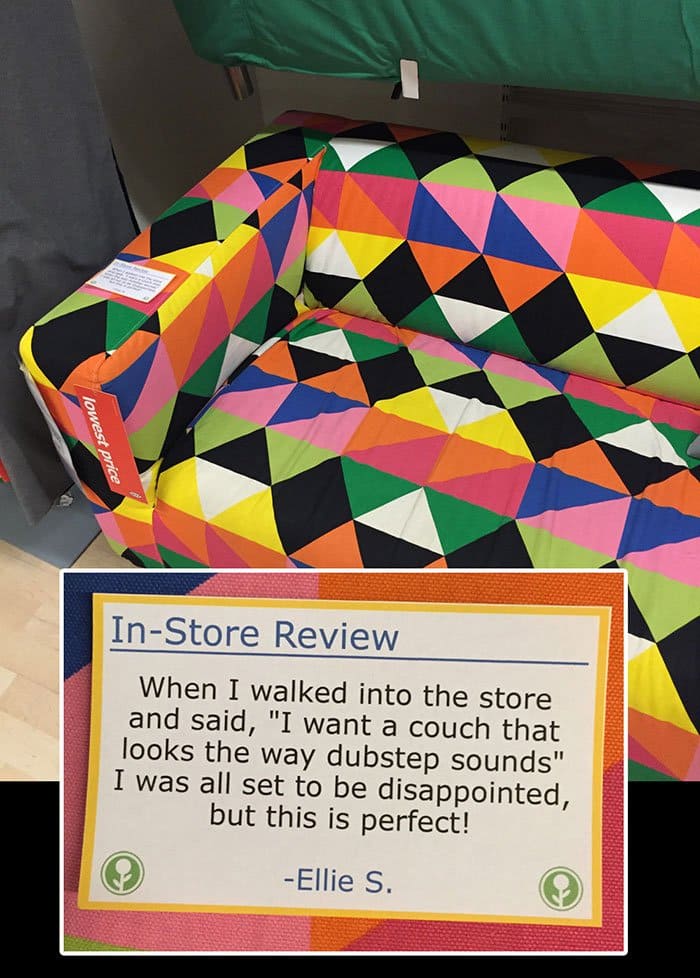 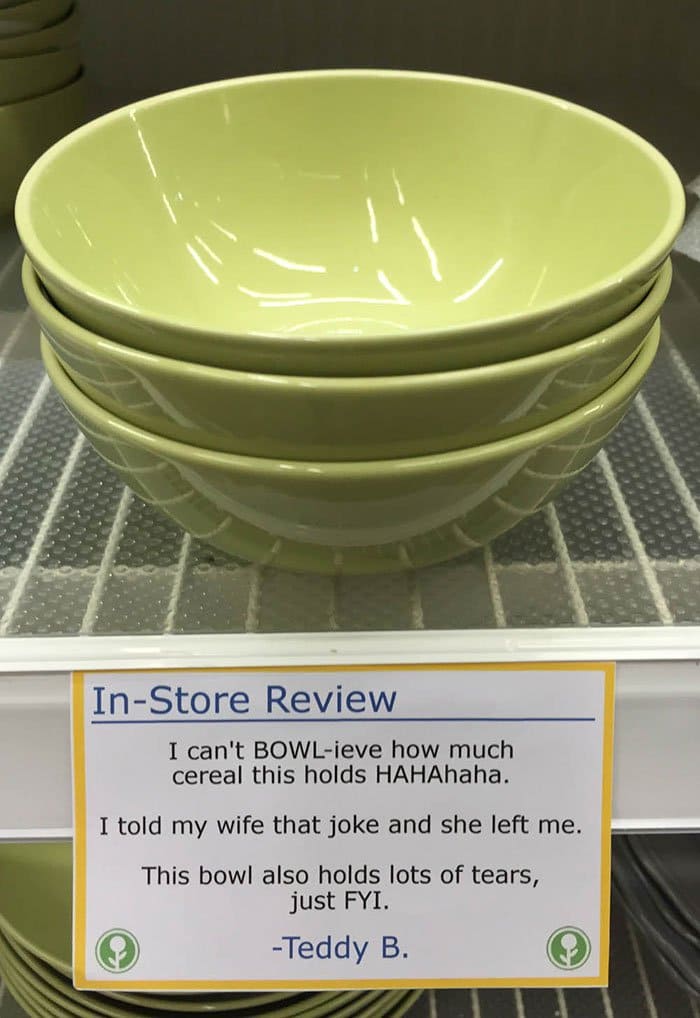 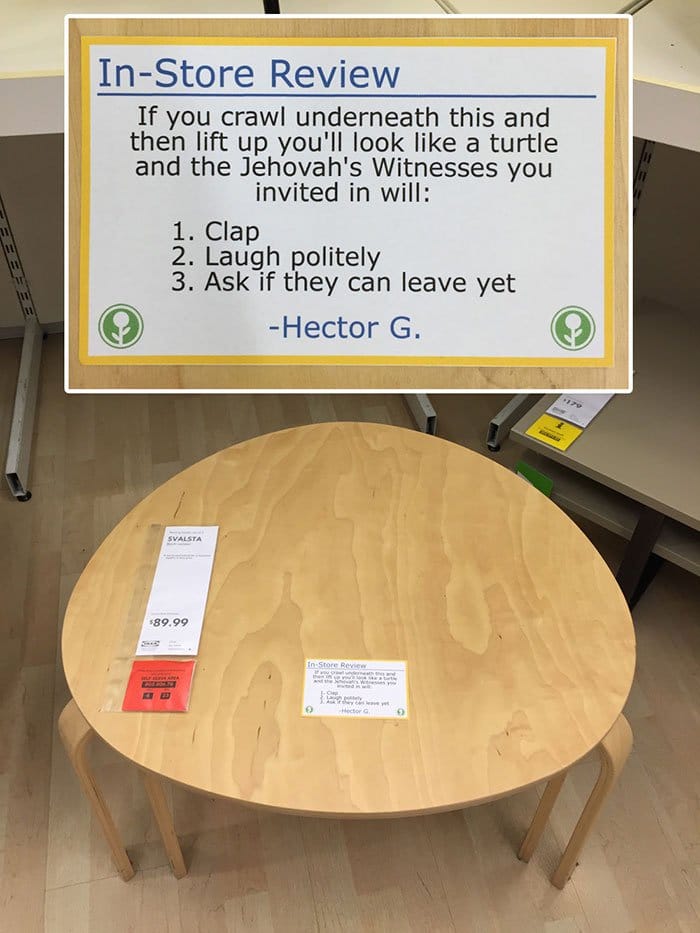 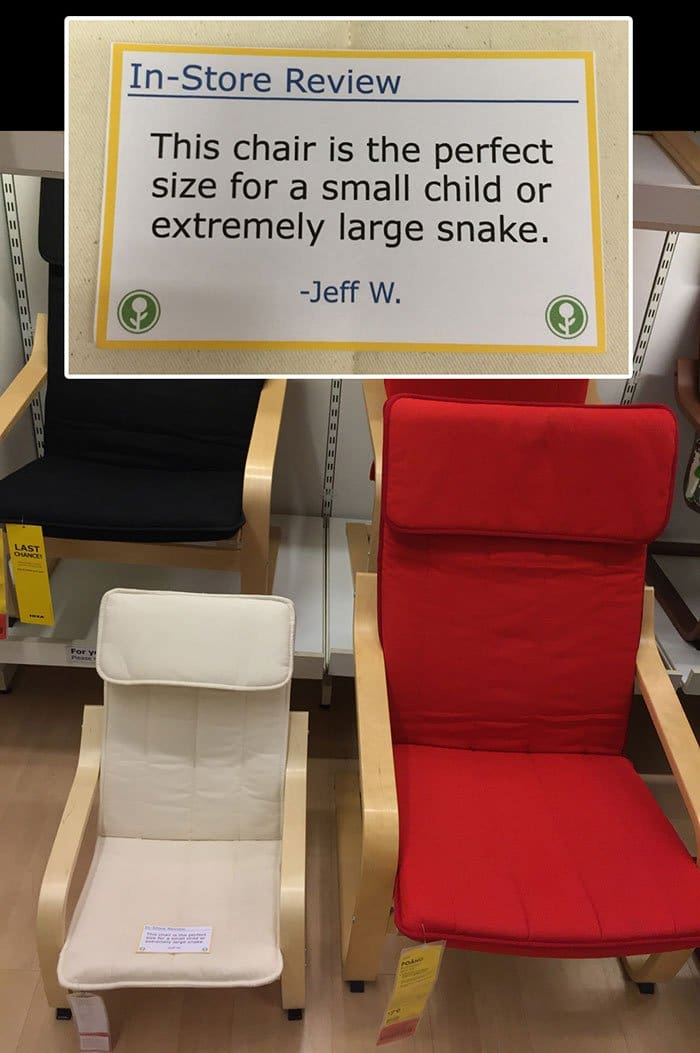 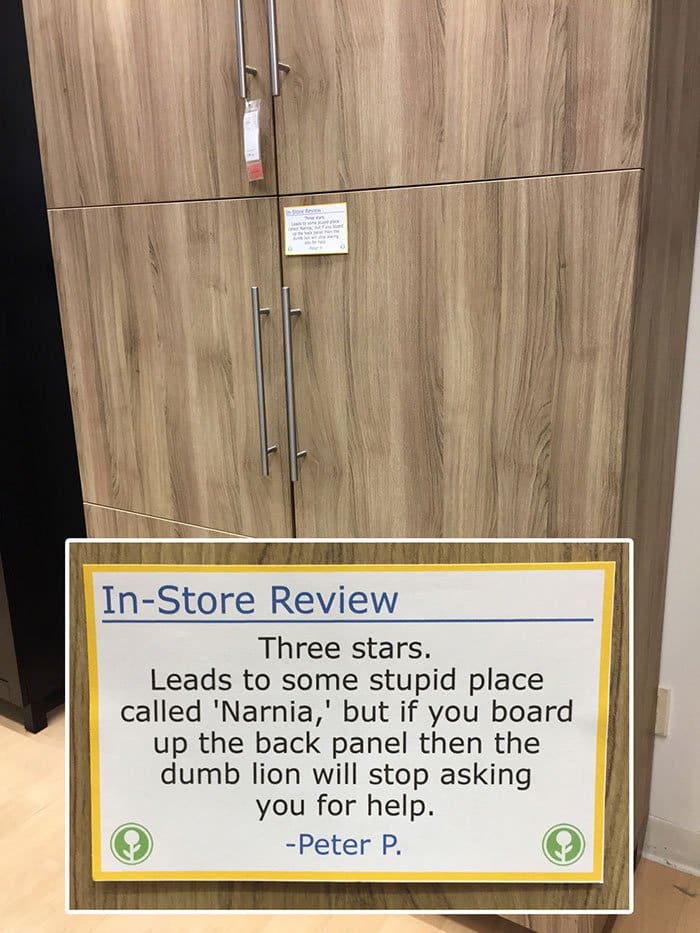 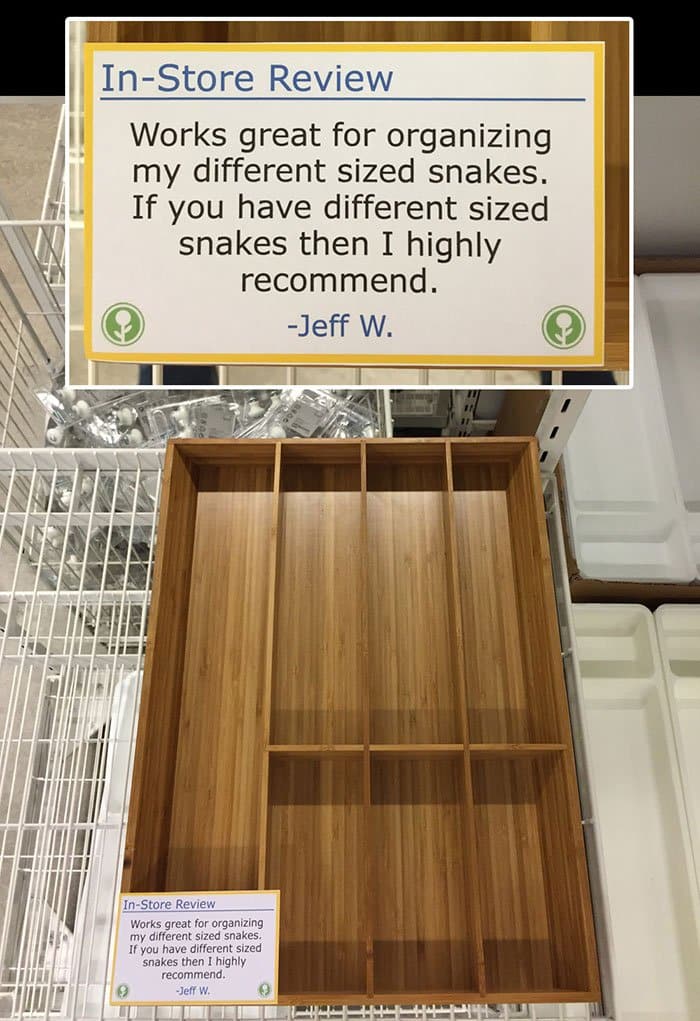 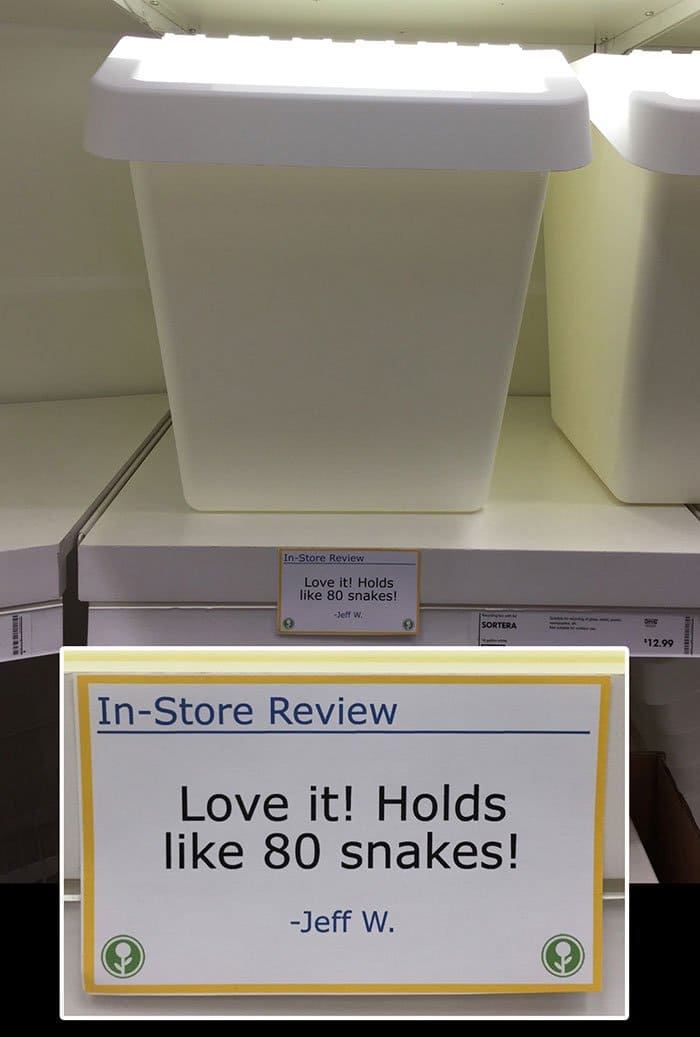 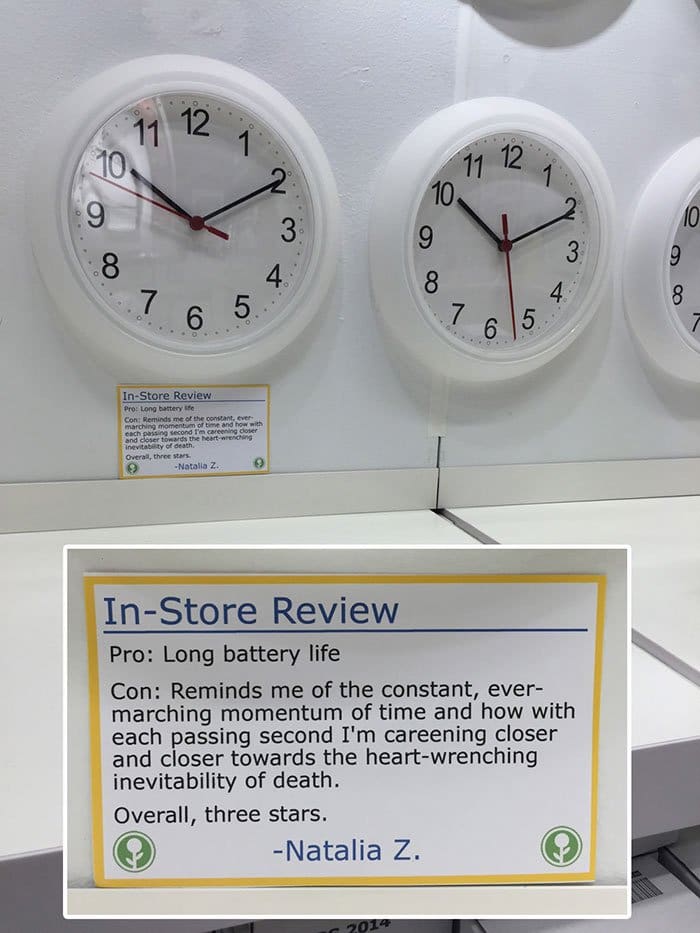 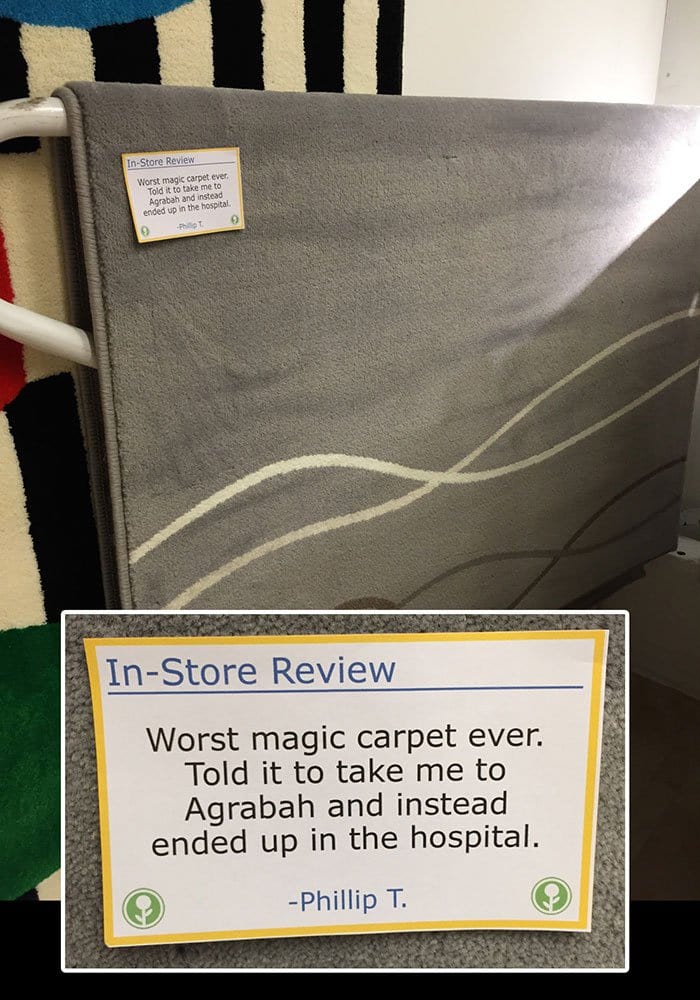