If you’re a big movie and TV series buff, chances are one of your prized possessions is your television set at home. If so, you would definitely love to have this Samsung 219-inch TV. After all, going for a bigger TV is always a great idea. In fact, it’s so big that it can probably cover up your entire wall. So, it’s only fitting that the brand officially markets it as “The Wall.”

Surprisingly, even at its whopping size, it’s still not the biggest TV in the market. Nonetheless, the biggest one to date is still from the same brand. It’s “The Wall Luxury” which measures 292 inches. Currently, there are three size variants for this gigantic TV—146 inches, 219 inches, and 292 inches. Samsung first introduced the 146-inch variant last year and the latter two earlier this year. 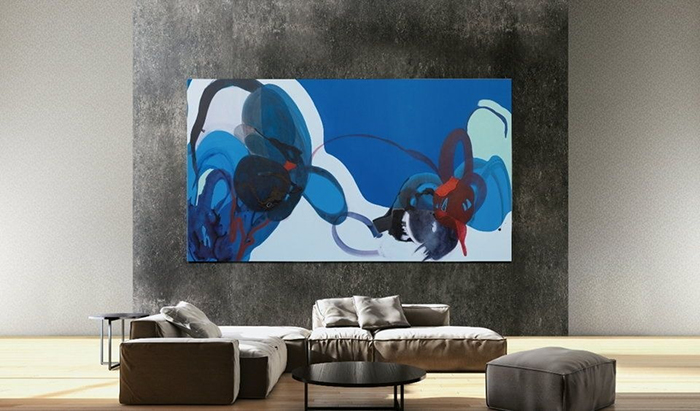 But what’s even more surprising is that this TV actually consists of multiple panels that make up one colossal screen. That said, it’s completely modular, thanks to its MicroLED technology. So, you can either expand it or shrink it depending on how you arrange the panels.

Also, the panels that make up this massive screen aren’t relatively large at all. As such, rearranging them shouldn’t be a big deal. You can even hold one panel with just a single hand. 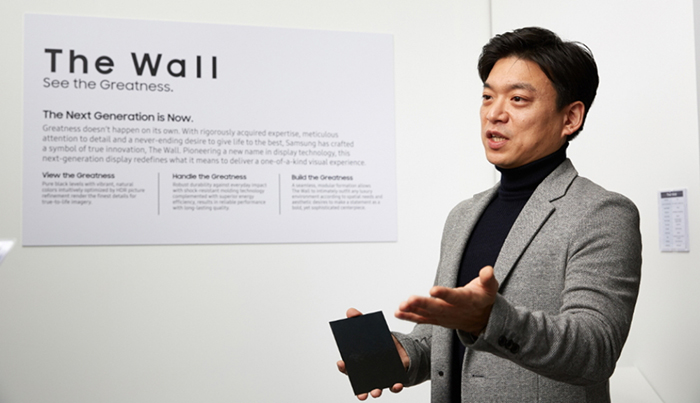 However, “The Wall” is unlike your typical TV

Apparently, “The Wall” is not simply for binge-watching your favorite movies and TV series. It turns out that you can also transform it into a stunning piece of art. You can do this by changing the screen display via a dedicated tablet.

“The Wall 2019 can be transformed into a Feature Wall in the home or blend in seamlessly with its surroundings. A total of seven different categories are available to choose from, allowing users to personalize their screen to what best suits their home.”

Indeed, this gigantic TV is all about providing a “tailored viewing experience” while encouraging a “consumer-centric experience.” However, its enormous size might be the only thing that’s holding you back because it may be simply too big. 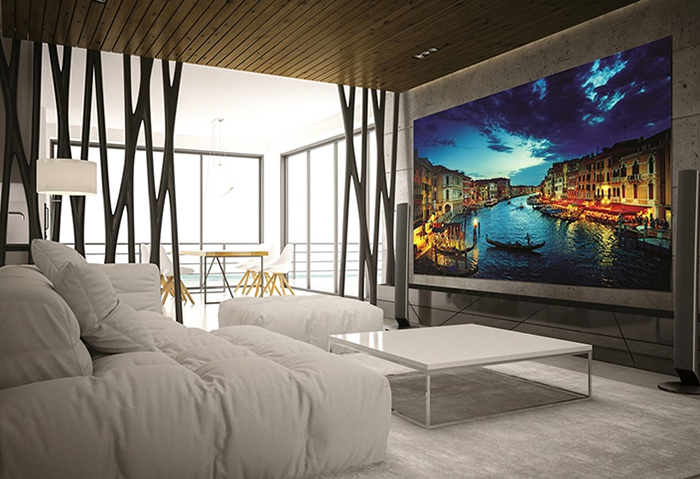 Well, fret not because there’s a more acceptable 75-inch “consumer” version which the brand markets as “The Window.” Likewise, it’s equipped with the same MicroLED technology. However, Samsung has yet to announce the pricing and availability details of this variant.