An interdisciplinary research team is recycling wind turbine blades as architectural elements for sustainability. They initiated the project by reusing some discarded gigantic blades as bike sheds in Aalborg, Denmark. The Re-Wind Research Project explores the blade’s potential as a recyclable material in building architectural and engineering structures. And this bike shelter, made from a blade of a decommissioned wind turbine, can make the start of a sustainable innovation.

Climate change has become a threat to every individual on this planet. One of the causes of global warming are the non-renewable energy sources we’re using to generate power. Energy generation and combustion of fossil fuels such as coal and gas emit harmful amounts of carbon dioxide which largely contributes to global warming and climate change. To reduce CO2 emissions, industries have been shifting their focus on greener alternatives including wind energy. The use of wind turbines to generate energy is a promising solution since these devices do not release emissions. Furthermore, these machines make use of a renewable energy source making this alternative a clean and sustainable solution. 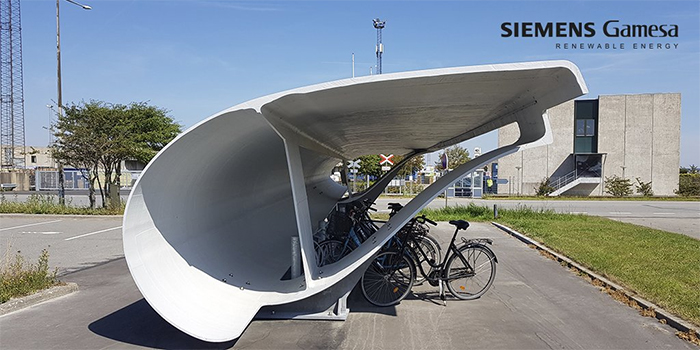 Denmark is a pioneer in the implementation of wind energy with 40% of its total energy needs generated from wind turbines. But while this sustainable option has been proven to reduce pollution, there is one issue about wind turbines that also needs to be addressed. The blades are made from a composite of non-biodegradable materials including fiberglass, resins, and foams. Furthermore, wind turbines have a lifespan of 20 – 25 years. After which, they will need to be disposed of. Since these huge structures are not biodegradable, they end up as bulky junks in landfills which will eventually lead to an increase in equipment waste. Obviously, that’s not ‘environment-friendly’ at all. 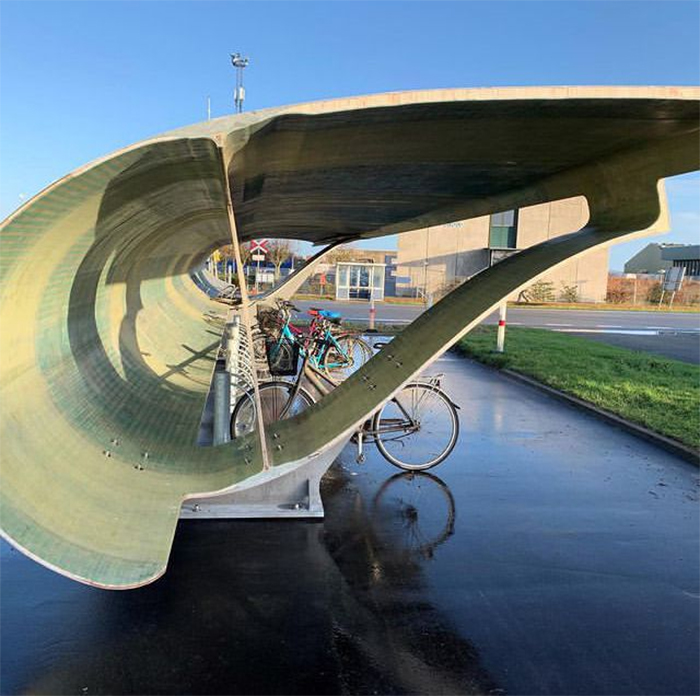 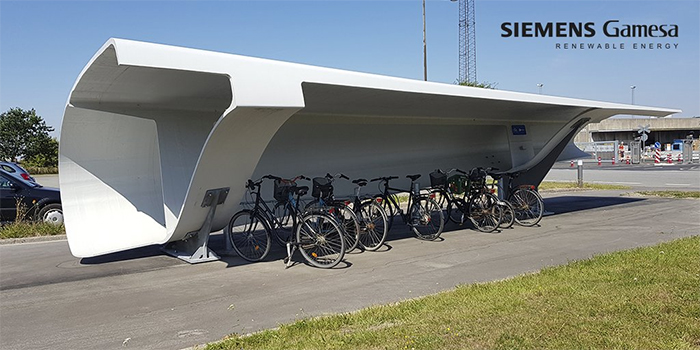 To solve this issue, the Danish government commissioned Siemens Gamesa, a renewable energy industry, to develop a recyclable wind turbines. As a response, the company developed and launched recyclable blades made from a new type of resin that can break down and disintegrate from other components. Thanks to Siemens Gamesa, we’ve got that one problem solved. But what about those old wind turbines that will be out of commission soon? There’s an estimate of around 40 million tons of these disposed equipment by 2050. What are we going to do with that huge amount of waste material? 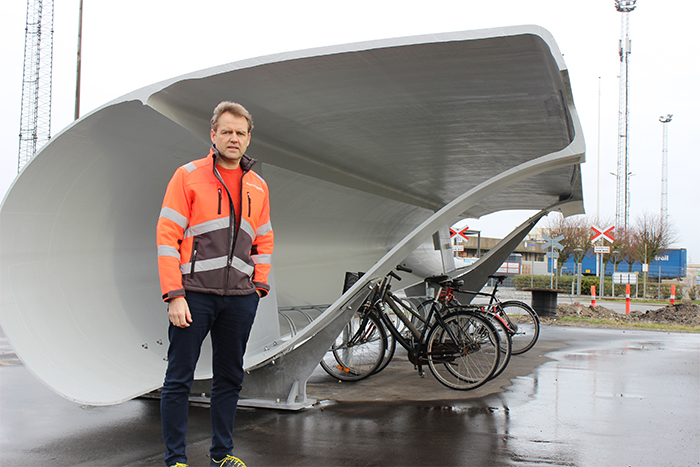 Now this is where the Re-Wind Research Project comes in. The research team has been looking into ways to reuse old wind turbine blades. And recycling the gigantic blades as bike sheds is one of the clever solutions they’ve come up with so far. In addition to bike sheds, the research team is also considering recycling the blades to build pedestrian bridges, skate parks, stadium bleachers, electric towers, and highway noise barriers. 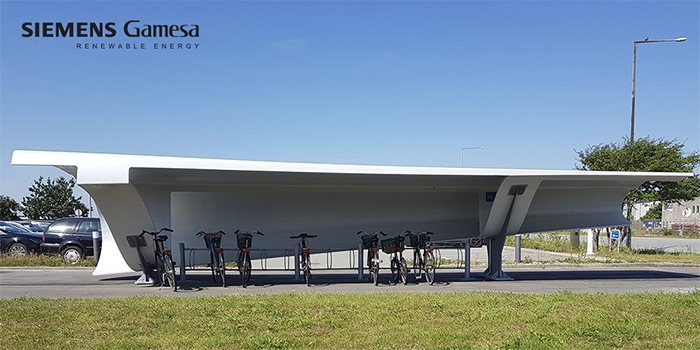