Some people realize that they’re born comedians and go out on the road doing stand-up or write hilarious sitcoms, but other people save all their A material for the walls of public bathrooms. We can’t say we really understand what the point is or why people do it, but at least it gives you something to read while you’re indisposed.

All of us have seen some funny pieces of bathroom graffiti in our lives, and some of us might even have a favorite, but through the power of the internet, we’re bringing you even more amusing examples without you even having to enter a public toilet. Check out these thirteen hilarious things that people wrote in public bathrooms.

This is actually kind of genius. 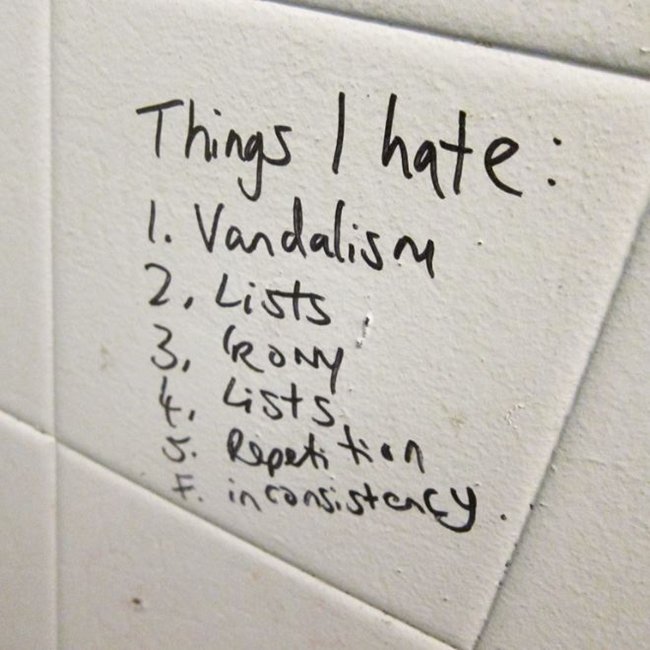 Scotty’s in for a horrible surprise. 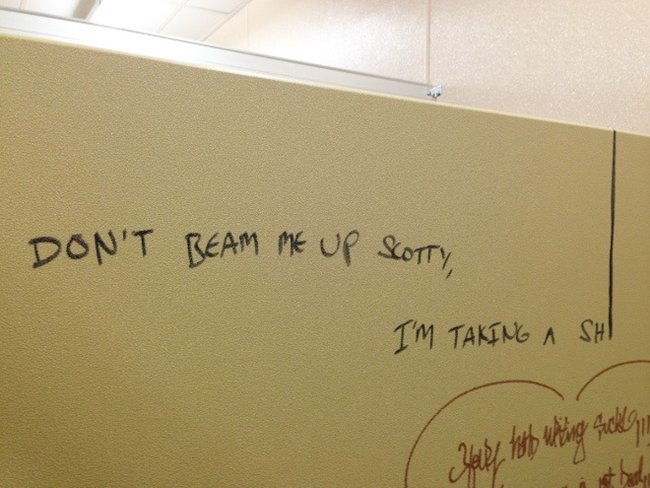 They’ve got a good point here! 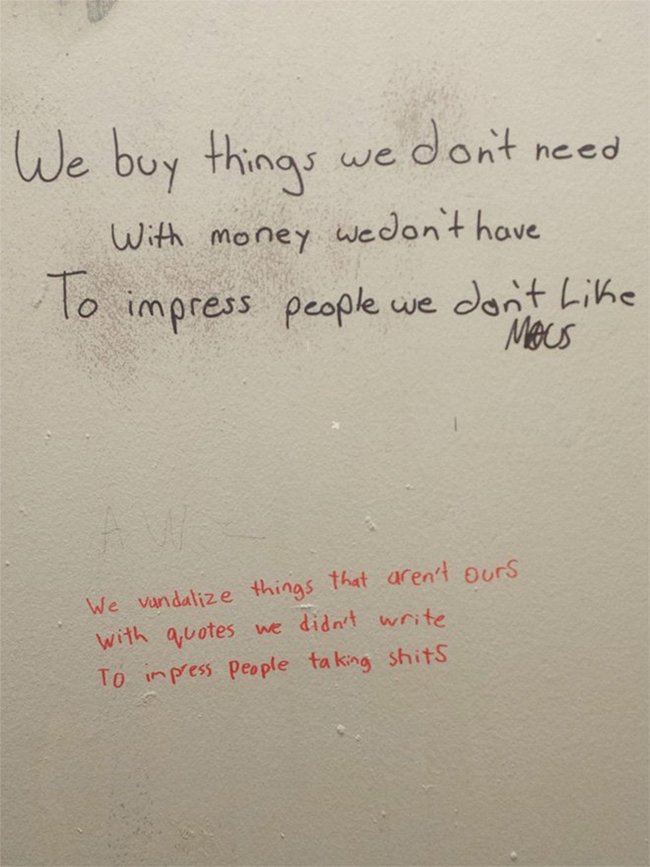 We actually can’t really argue with that. 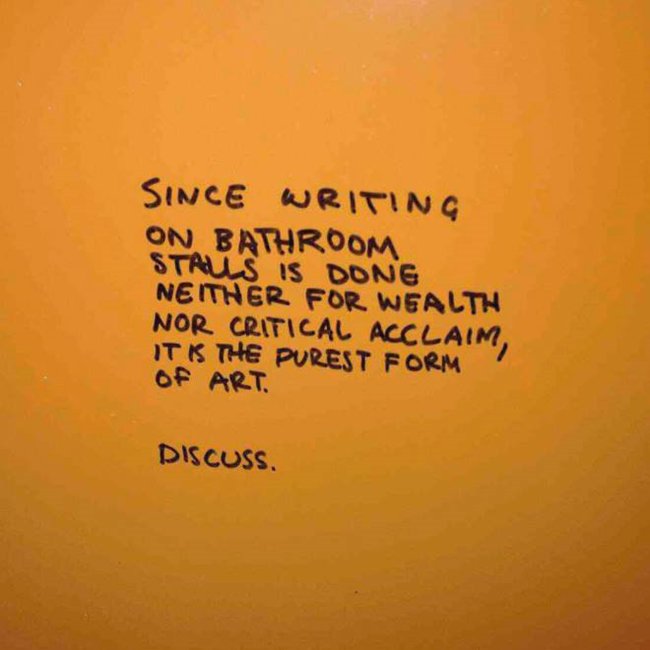 Words of wisdom there. 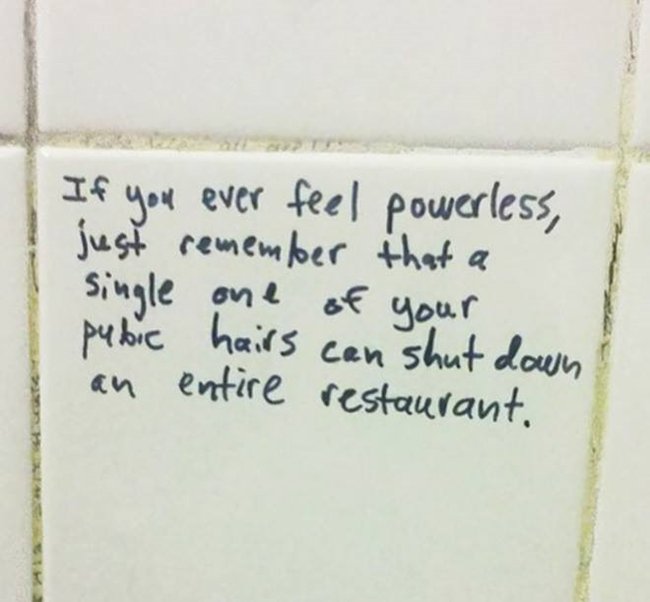 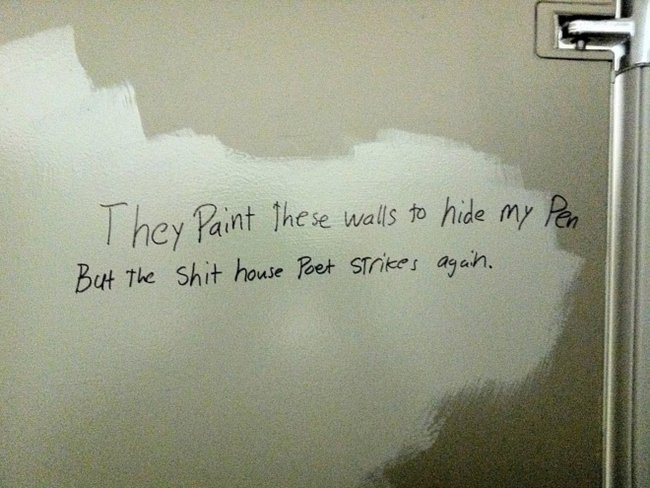 When there aren’t any mirrors, you can only assume the worst. 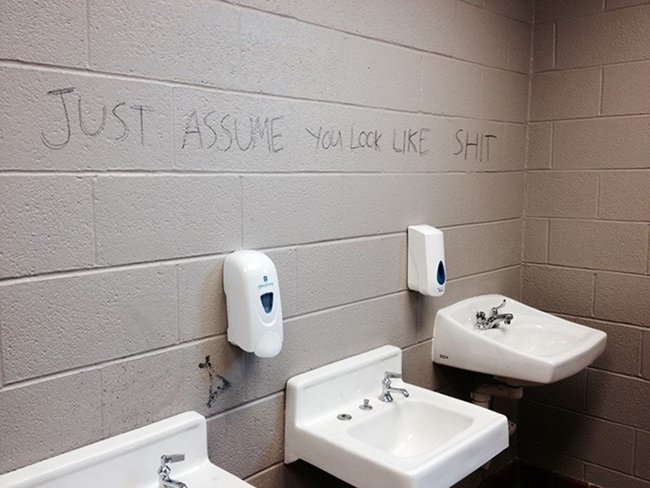 We love both of these! 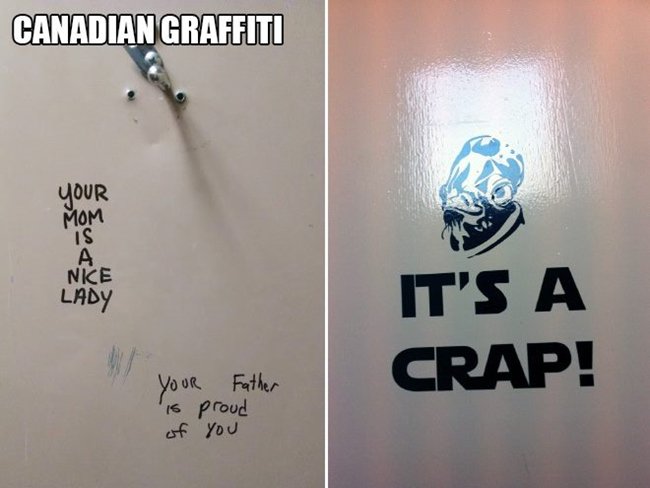 Could be a legitimate concern. 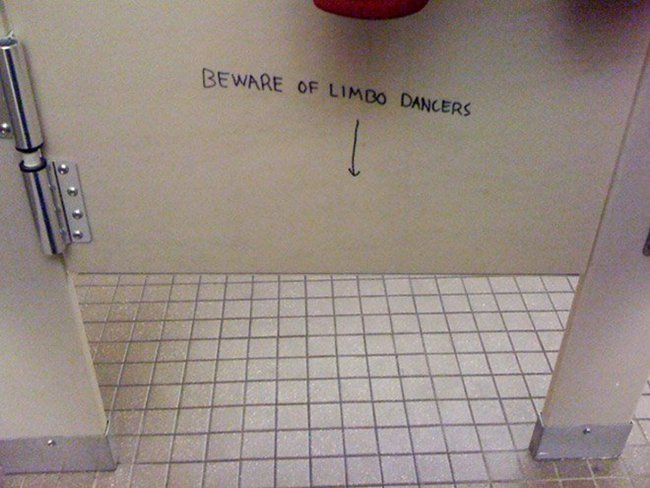 Maybe the octopus wants to fight because he realized his arts degree isn’t worth the paper it’s printed on. 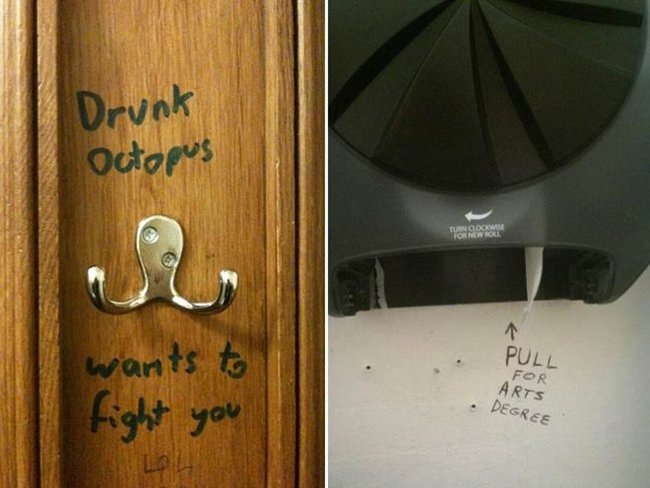 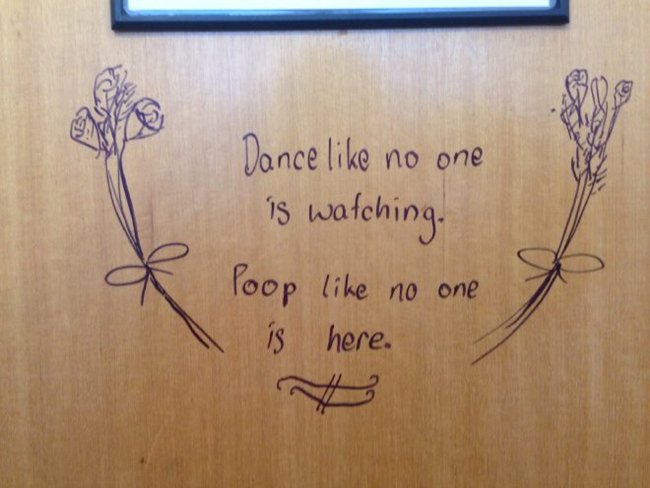