Most people from outside of New Zealand, don't know about the country's dark gang culture. Yet, violent street gangs are rife in the picturesque, sparsely populated nation. (I'd know, as I'm originally from there.) One of New Zealand's most infamous gangs, is the Mongrel Mob, the country's largest. The gang has 30 chapters across the country, and as of April 2013, there were 934 members in prison, accounting for a tenth of the country's prison population. The gang's main rival is Black Power, and there have been a number of violent clashes between the two gangs over the years. Mob members are known for their red bandanas and scarily tattooed faces, as well as their 'patches', which depict a swastika and a British bulldog wearing a German helmet. Normally, these guys are publicity-shy, but photographer Jono Rotman somehow persuaded a handful of members to pose for the below portraits. Check out their look. Not what you'd expect from 'Middle Earth' is it? 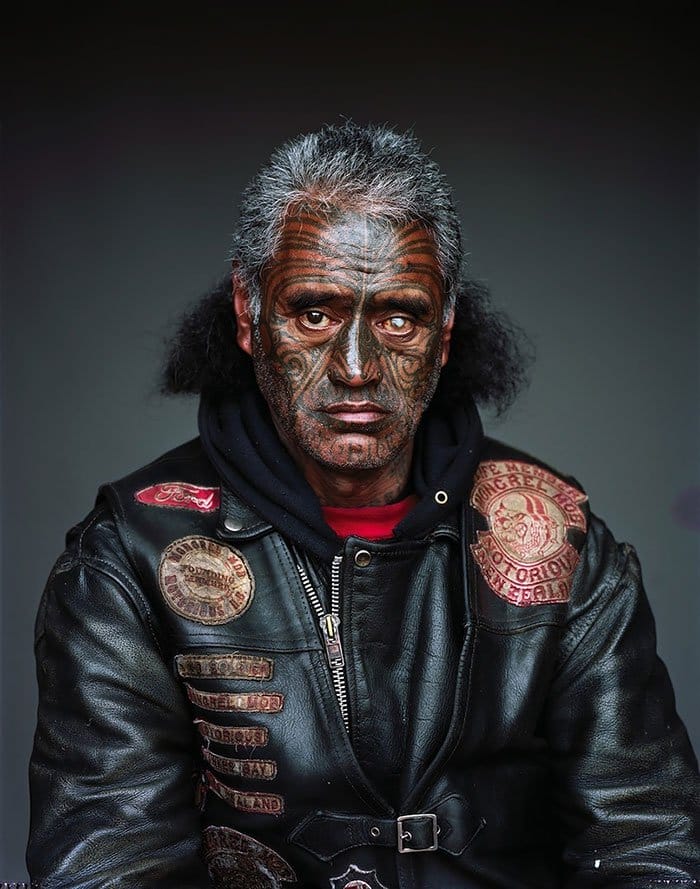 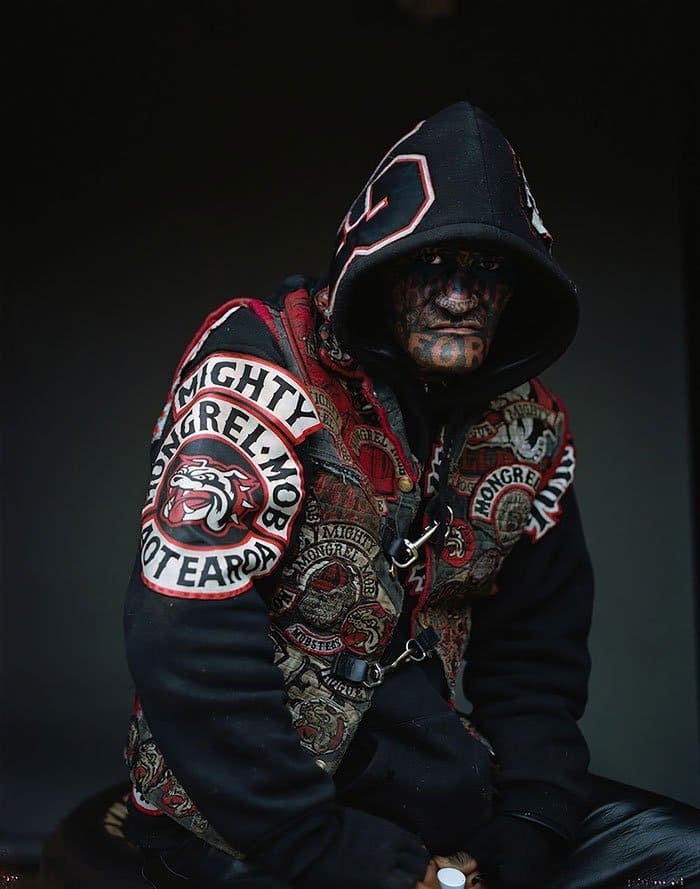 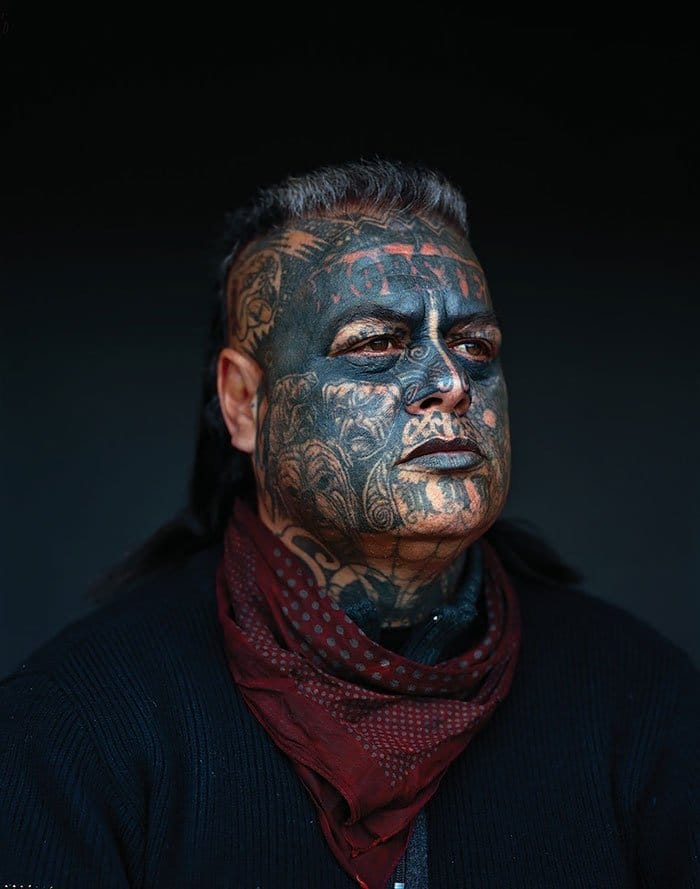 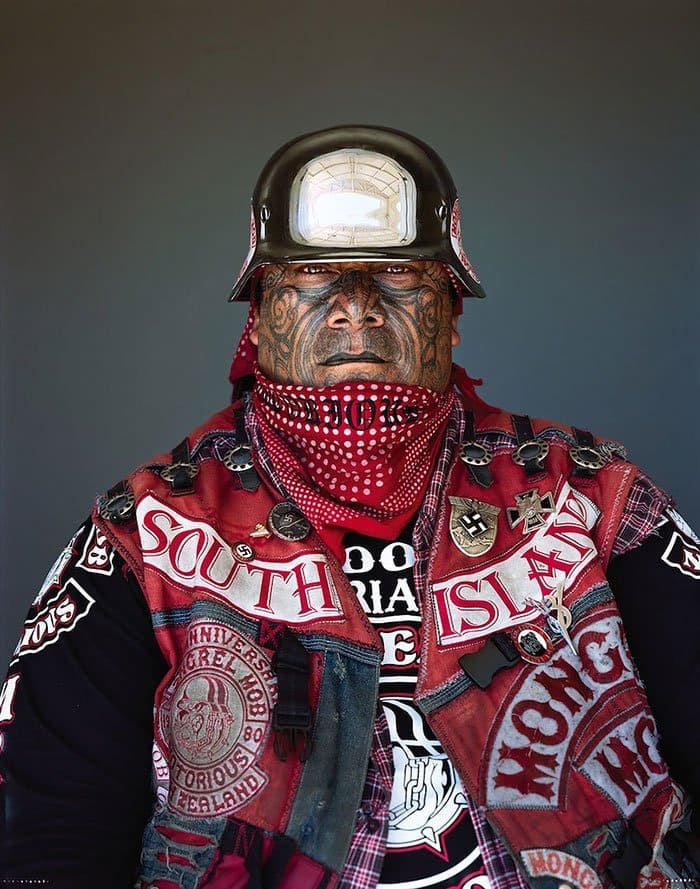 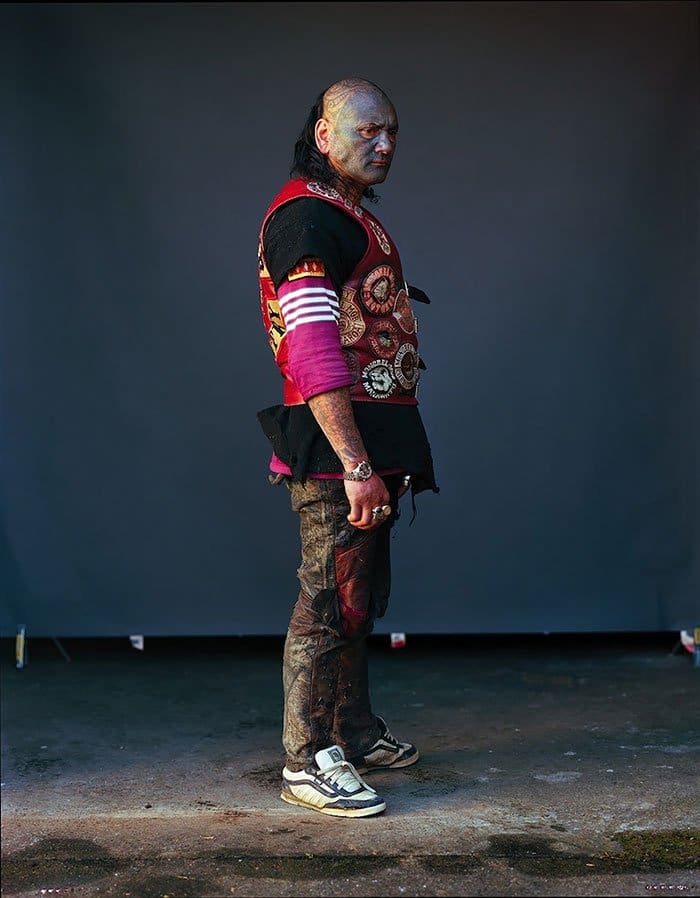 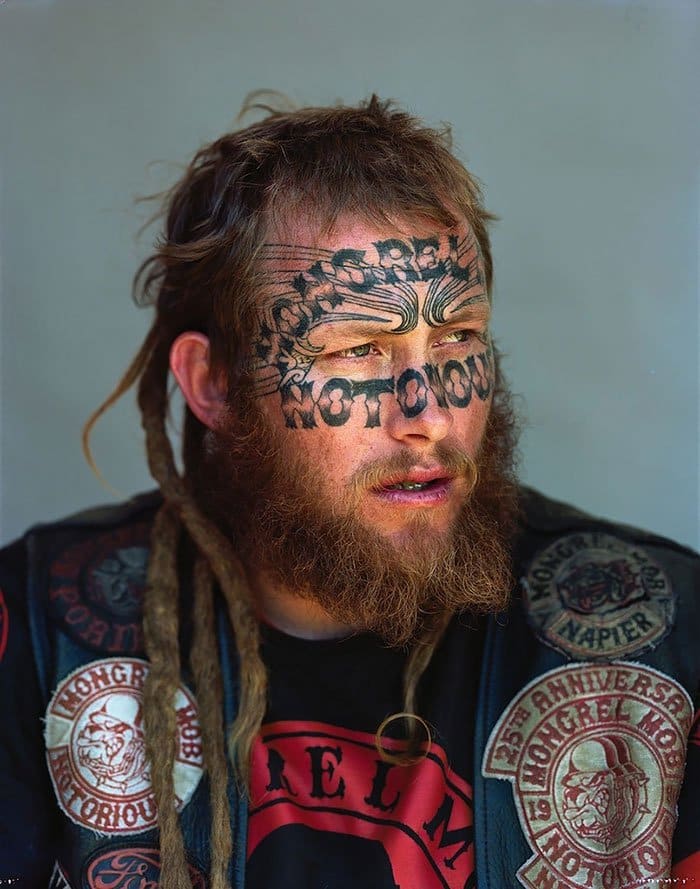 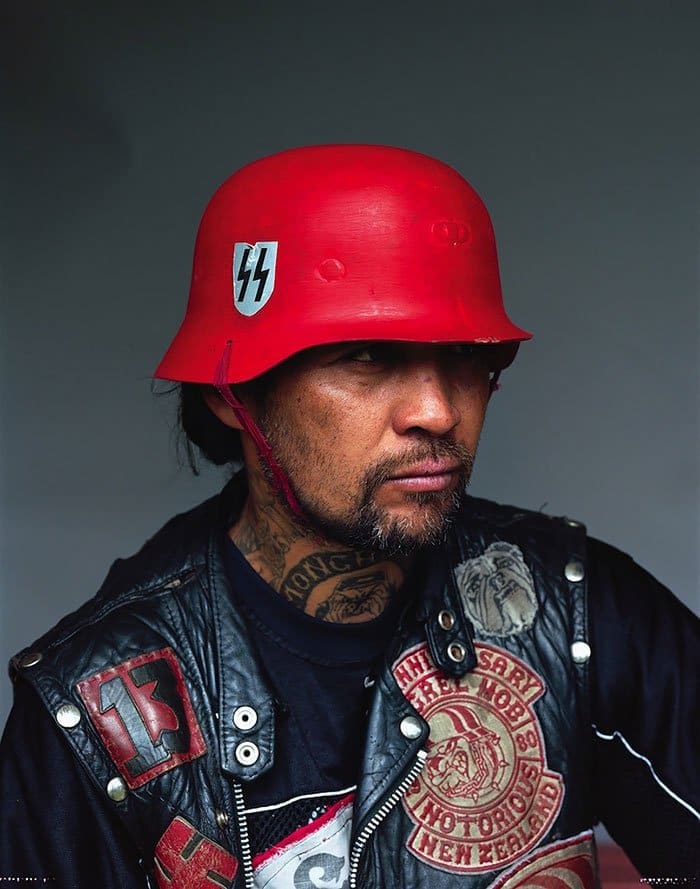 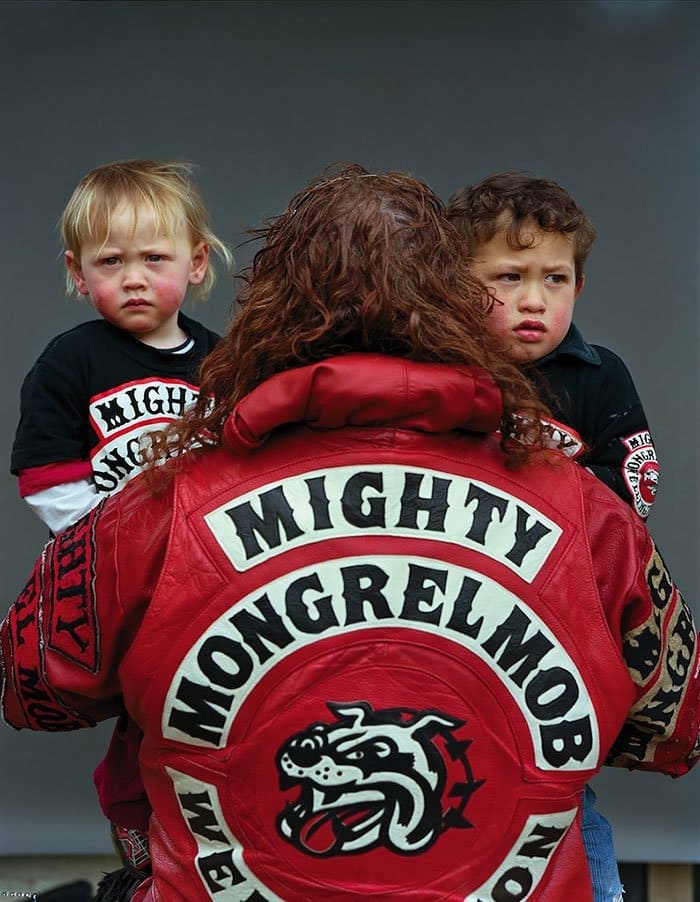