Artist Removes One Letter From Movie Titles And Draws The Results

This story all started on Reddit, as so many things seem to these days. Redditors were tasked with picking a movie, removing one letter, and giving a brief description. However, artist Austin Light decided to take the concept one step further and illustrate his ideas.

The results are hilarious to say the least. Not only is Austin Light a funny guy, he’s obviously a very talented artist and we wish him the best. He put the full set of his drawings up on Imgur, but these are some of the best examples.

Lord Of The Rigs

“The story of one man’s unhealthy obsession with his truck.”

“A thief with a penchant for masks keeps getting caught in the act.”

“A retired professor helps a rugged Canadian work through his aggression as he struggles to uncover his past. Patrick Stewart and Hugh Jackman star.”

“An insufferable teenage fish runs away from home. His father contemplates searching for him.”

The Princess and the Fro

“A waitress goes natural and rocks a fro. Later she becomes a princess for some reason.“

“A young man tries to win a girl’s heart with his new found bovine transformation skill. It doesn’t go his way..”

“Two dinosaurs set out to prove they’re more than just killing machines. Thanks to a loophole in the rules they find a spot on the PGA tour and golf their way to the top of the food chain.”

“A young boy finds out who, and what, he is. Magic ensues.”

“A disgruntled government employee builds a robo suit in his garage to help him stop the government he works for from getting any more work done.” 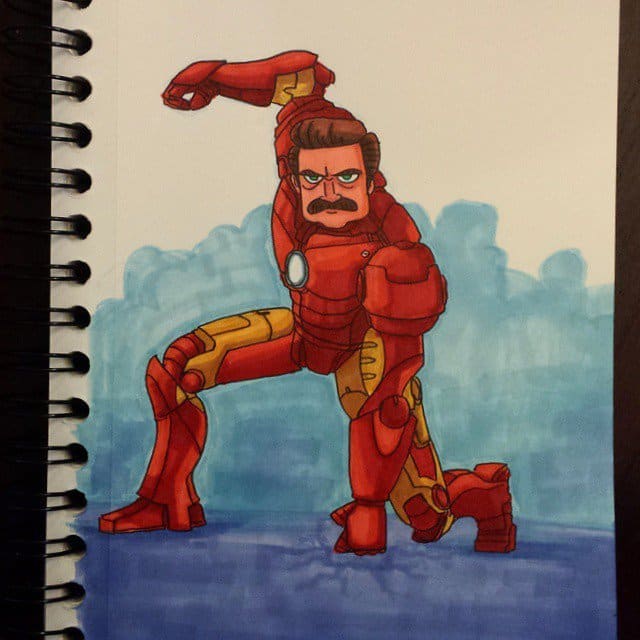 “Mr. and Mrs. Sith Two Jedi abandon the order for love. Also to shoot lightning from their hands. Because that’s cool.”

“The “gritty” 2014 remake of the 80s classic. It’s pretty much the same movie, just with more sick tattoos.”

“When deforestation threatens his home, one feisty bear fights back.”

Oh Bother, Where Art Thou?

“Convicted felon, Winnie, breaks out of jail with the help of his prison mates Tigger and Piglet, and set off on a cross-state journey to find his missing honey pot.”

“A farm boy, who apparently farms sand, fulfills his destiny and becomes the first farmer to do the kessel run in 12 parsecs.”

The Fat And Furious

“After a bunch of thugs steal his sweet car, Jerry spirals into a vicious rage eating depression. He gets super ripped for the sequel though.”

“A pregnant teen climbs to the top of the Uno rec league championship tournament.”

“Ryan Gosling plays a mysteriously appealing scuba diving guide who gets mixed up in some shady business. He has like 12 lines the whole movie. He also stomps a shark to death.”

“The story of a lonely cashier named Alen who yearns for something more. Something like eating astronauts..”

The Land Before Tim

“45 year old Tim uncovers the fossils of his parent’s love through their old letters. Turns out they were happiest before he was born. Probably shouldn’t have been such a jerk and eaten they’re herbivore friends all those years ago.”

“The pacific northwest version of Tarzan.”

“A former astronaut finally wins the blue ribbon award on his 13th chick.”

“One red-haired Scottish girl. One dance floor. One unforgettable night.”

“Liam Neeson stars in this Groundhog Day inspired movie about an actor cast in a series of nearly identical action movies. How many takes until he’s free?”

“Two mob hit dogs go after a poodle who wrote a slanderous op-ed about their boss.”

“The story of how a police officer works through his PTSD and adjusts to his new robotic implants with the help of the sexy soothing sound of his oboe.”

Here are some of Austin’s colored works:

Which one was your fav? Tell us in the comments below!