Brave Cat Sneaks Into Zoo And Becomes Besties With A Lynx

St. Petersburg’s Leningrad Zoo is an iconic landmark. It’s home to over 2,000 animals from 600 species. But the zoo recently made headlines across the globe when a lynx and a homeless cat became unlikely friends. At the time of their first encounter the wildcat and domestic cat were still kittens. Their friendship shocked the world for several reasons.

Lynxes are territorial. They don’t really like sharing. In fact, they prefer their own company. So when Linda the lynx let the wandering kitten into her enclosure and shared her food, everyone was shocked. Maybe it was too early for Linda to be left alone, and was desperate for a companion. Feline-focused entertainment website LoveMeow noted that, “it seems as if the cat needs the lynx as much as she needs her”. 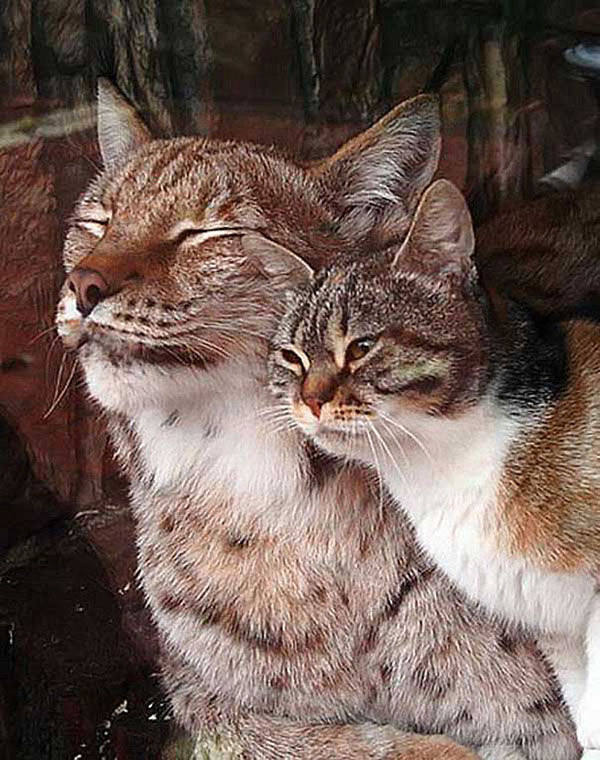 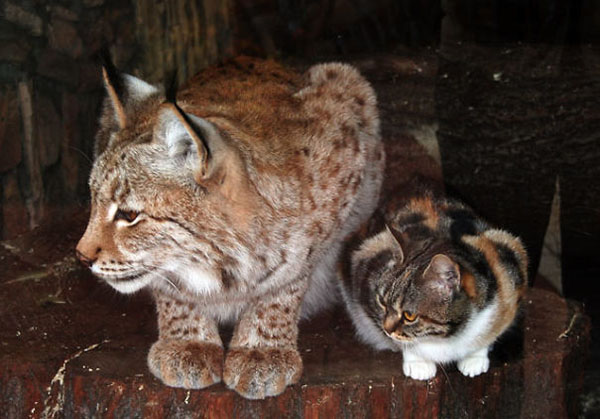 When it became clear that Linda and her guest had become good friends, Leningrad decided to adopt the cat and named it Dusja. The two grew together, and remain to be good friends today. They’ve been friends for over 12 years now, since Dusja wandered into Linda’s enclosure in 2008. What can we say, friendship is a wonderfully mysterious thing! Once you know, you know. 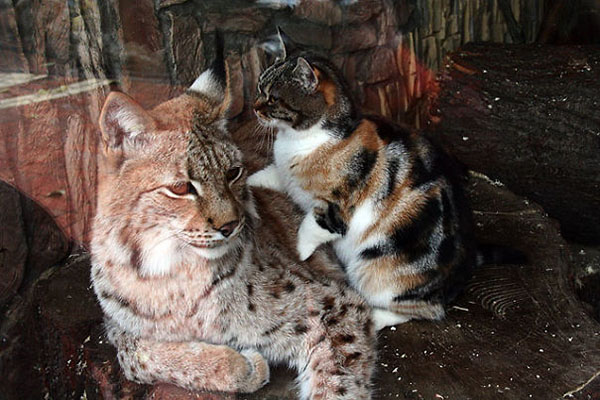 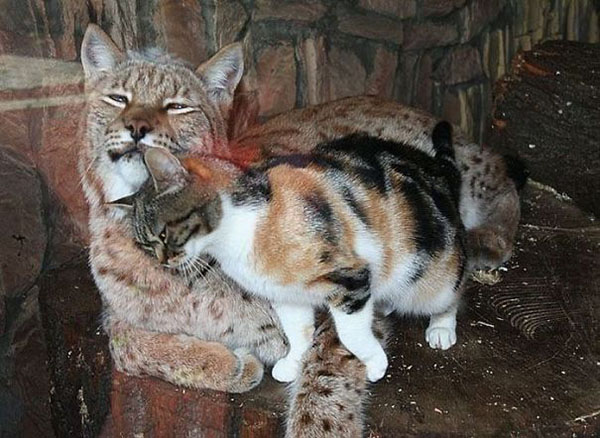 Lynxes aren’t exactly the friendliest wildcats out there

Dusja is extremely fortunate that she chose to wander into her now-best friend’s enclosure instead of another wildcat’s. Because if she had chosen a different enclosure, we probably wouldn’t have this amazing story of unlikely friendship. European lynxes are considered to be extremely dangerous carnivores. In fact, they’re the third largest predator in the entire European continent, after brown bears and gray wolves!

Linda the lynx could’ve made an easy snack on Dusja. But for some mysterious reason, she welcomed the poor thing instead. People have theorized that these two have developed a sort of maternal bond, with Dusja taking Linda as her mother, given the size difference. So if you happen to be in Russia, don’t forget to stop by Leningrad and say hello to this adorably unique pair! Watch them bond below: