We haven’t heard much from KitKat recently. Although Japan keeps on surprising us with numerous wacky KitKat flavors, KitKat U.S. seems to be in a slump. It’s true that the chocolate KitKat is still the best-tasting wafer confection in the world. But Americans are also hopeful to try other exciting flavors as well. Why is Japan getting all the fun while the U.S. is stuck with the same old flavors? Well, seems like all hope is not yet lost. There’s been a rumor circulating over the internet about a new KitKat flavor reportedly to be released this winter. If you haven’t heard about it, (drum roll) it’s the new KitKat Duos in Mint and Dark chocolate. 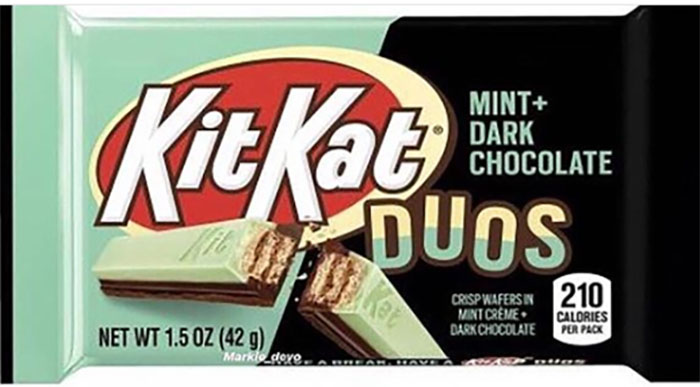 Food blogger @Markie_devo posted on Instagram a photo of the alleged new KitKat in Mint and Dark Chocolate flavor. According to the post, the new KitKat Duos is an upcoming flavor that will hit stores in December. The top part of the wafer is covered in mint crème while the bottom part is coated with dark chocolate.  The packaging looks as tempting as the wafer itself. Besides, who could ever resist a mint-chocolate combo? 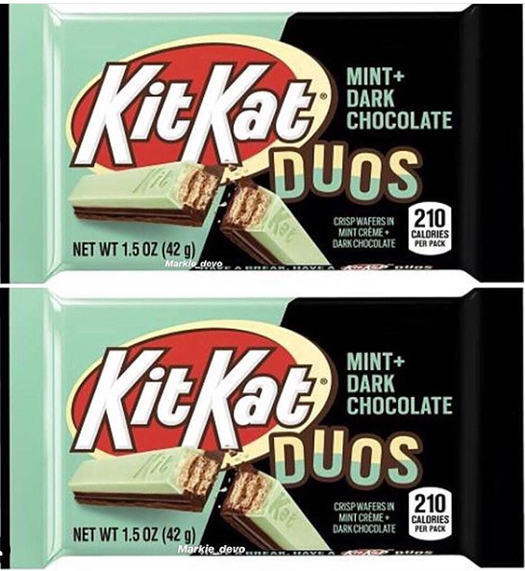 As of the moment, Hershey’s hasn’t confirmed nor denied the rumor about this new Kit Kat Duos flavor. We’re keeping our fingers crossed, though. It’s still a long way before winter arrives but this is definitely something we’ll look forward to. Now, how about we beat the summer heat with the new Kit Kat Drumsticks?