Imagine finding a secret hatch in a closet of a house you spent a lot of time in while growing up. Well, that's what happened to Reddit user Evilenglish, from Tennessee. Inside the hatch, he found a safe, and inside the safe? Well, it was a veritable treasure trove. Check it out!
Website: imgur

This is the door leading to the closet concerned. 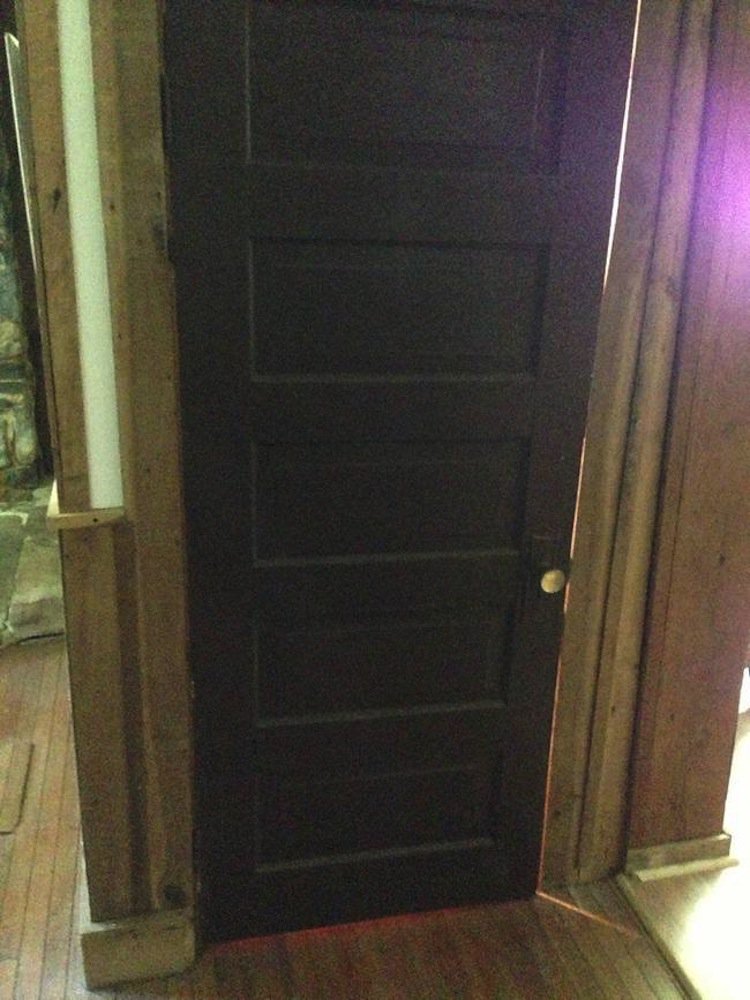 The house had been left to Evilenglish by his grandparents. No one had stepped foot inside it since 1997. 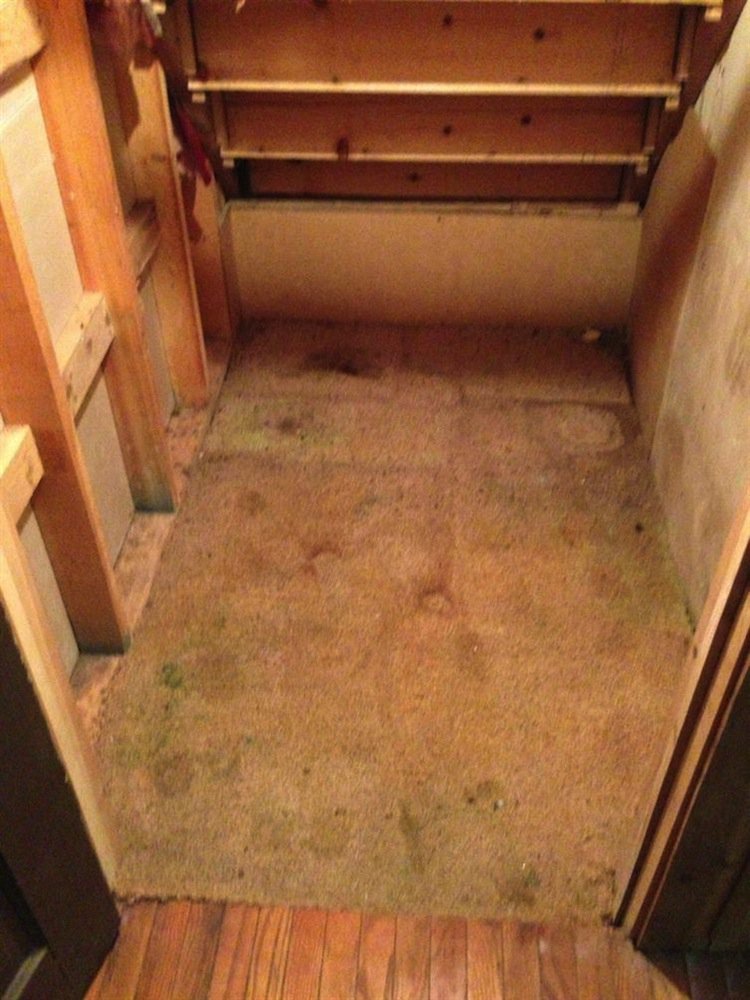 After seeing the poor condition of the carpet in the closet, he decided to strip it out. And what did he find? A hatch in the floor! 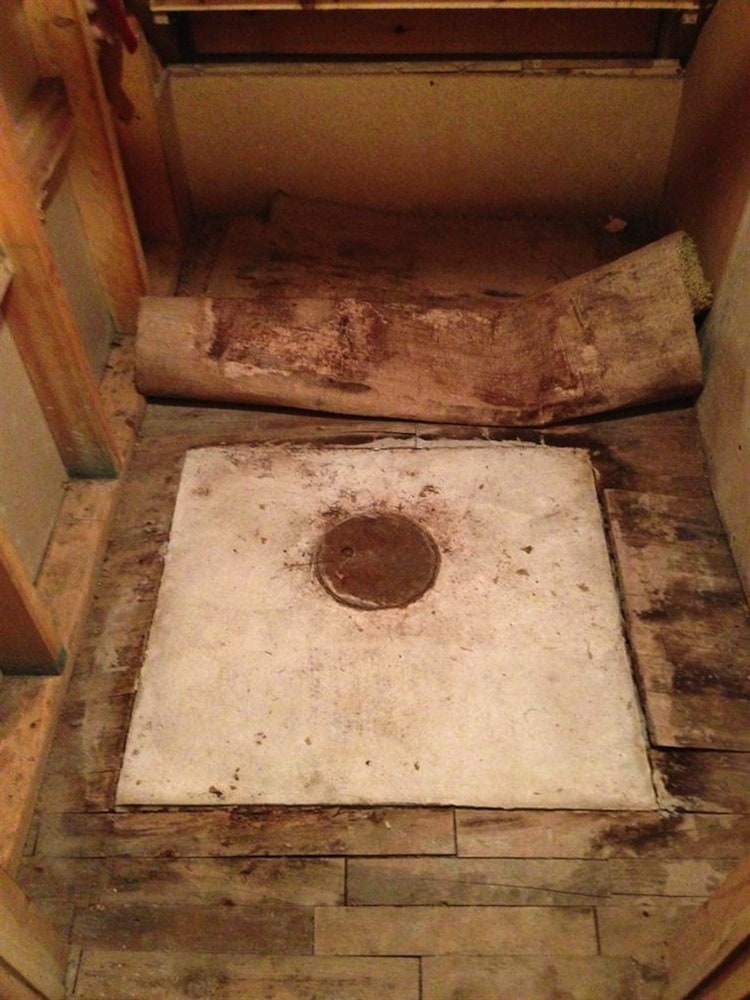 But wait… the hatch is actually a safe! 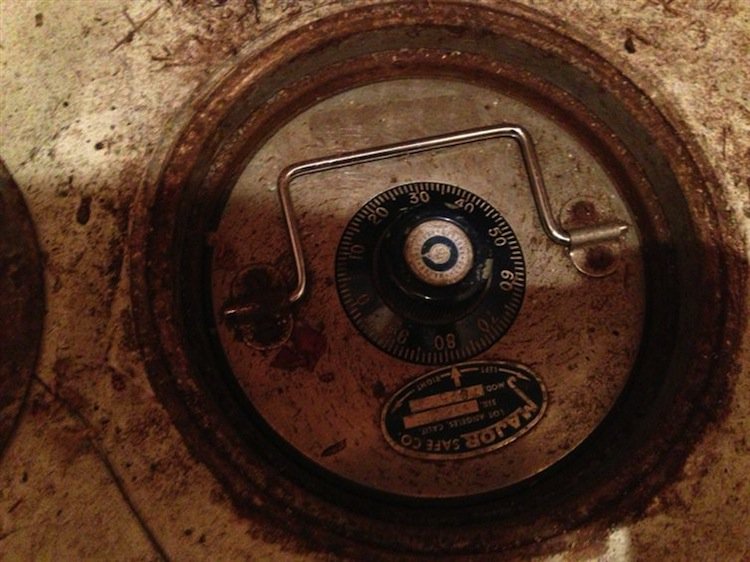 After unsuccessful attempts to break in, a professional locksmith was called. He managed to crack it in just over an hour. 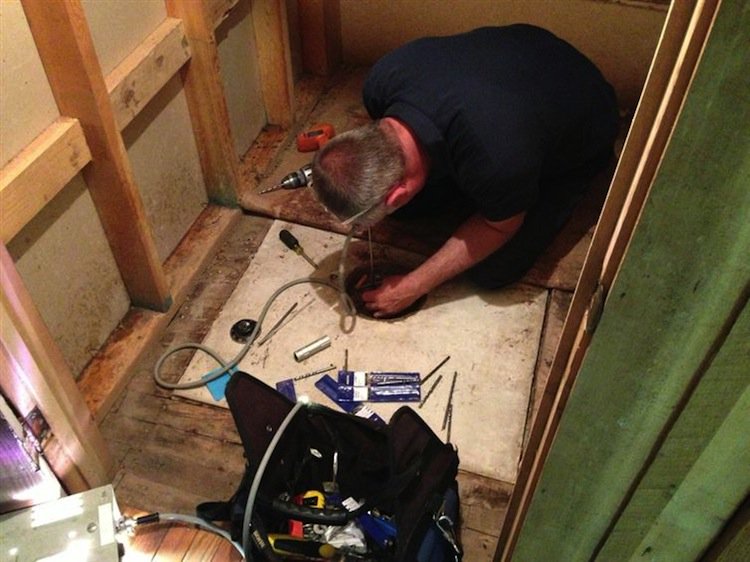 Opening the safe up! 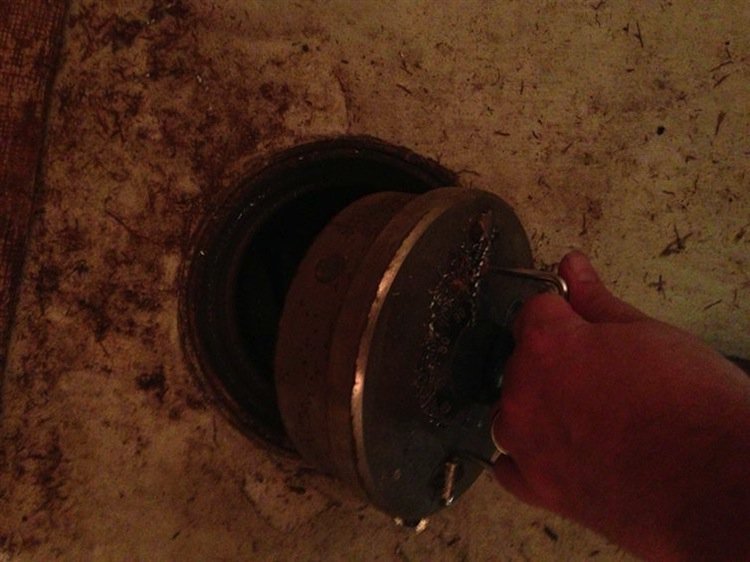 Inside was what looked like a pile of wet bricks! 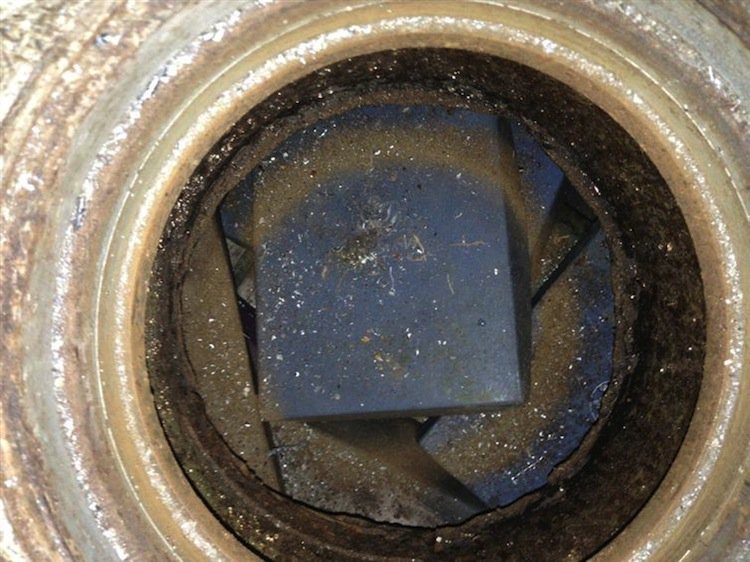 Water had leaked from a pipe a few years back, meaning everything in the safe was wet. 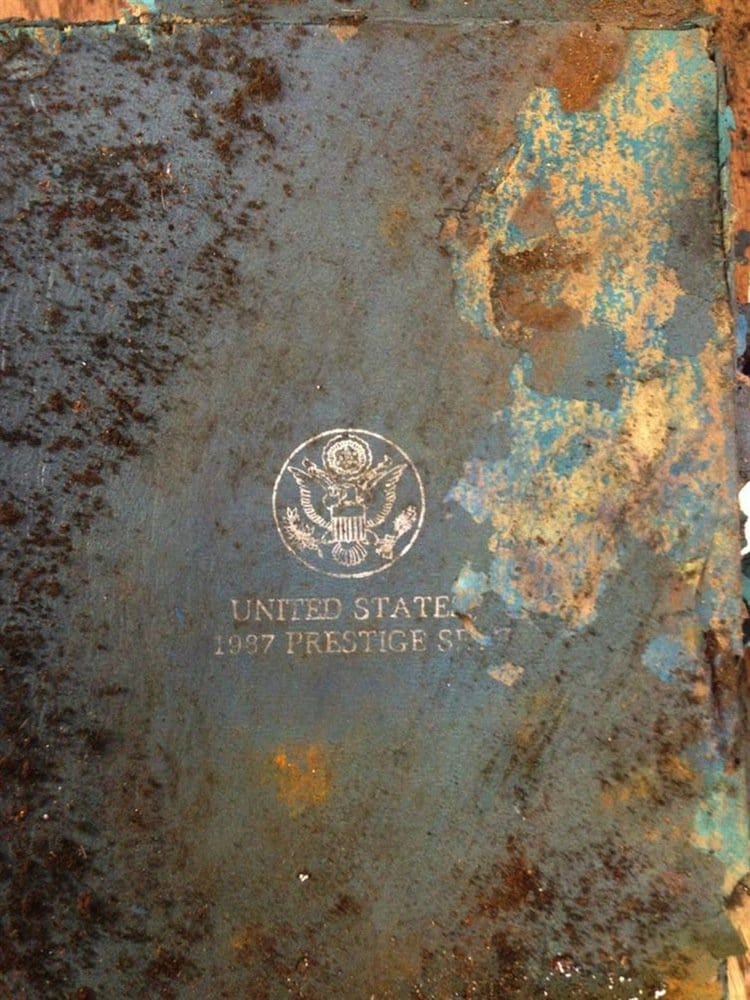 Here are the contents of the safe pulled out. 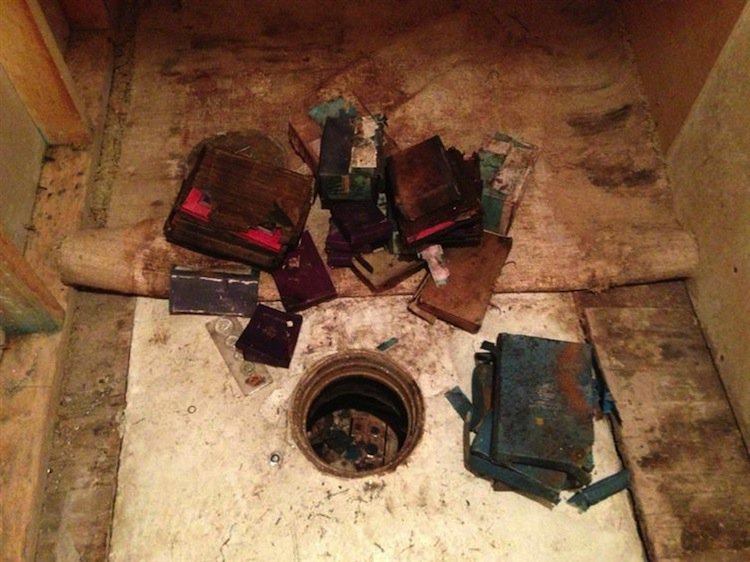 Among them, some silver coins. 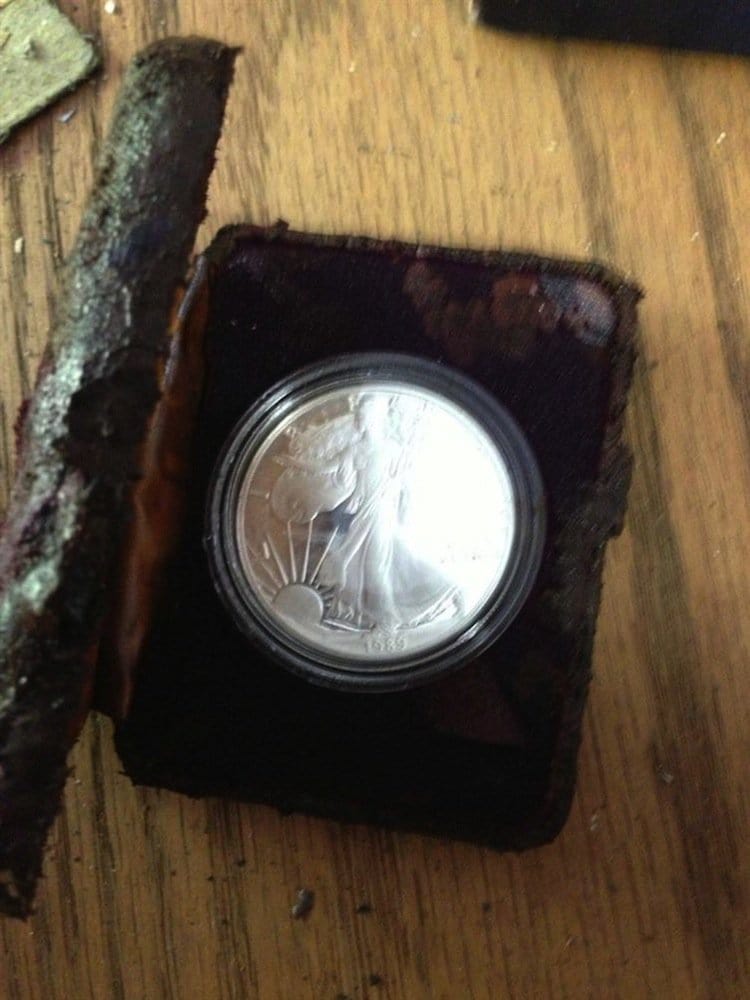 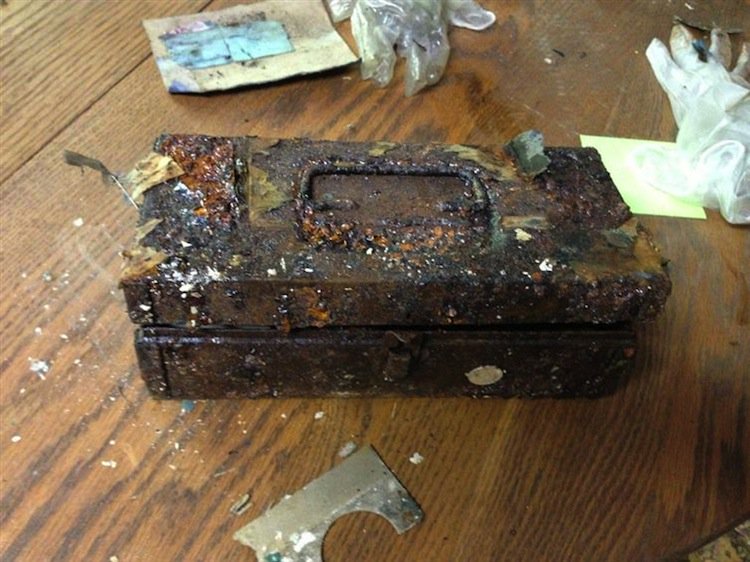 Which turns out to be full of jewelry. 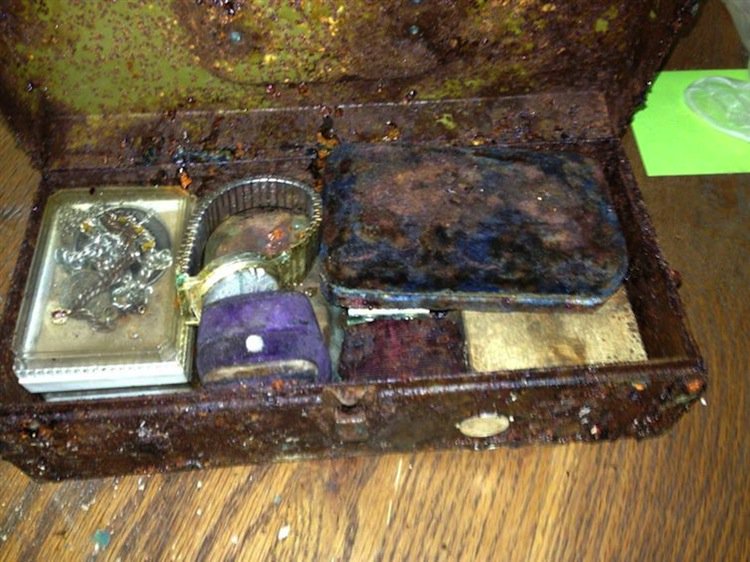 Some of the money found in the safe. Hopefully it can be dried out! 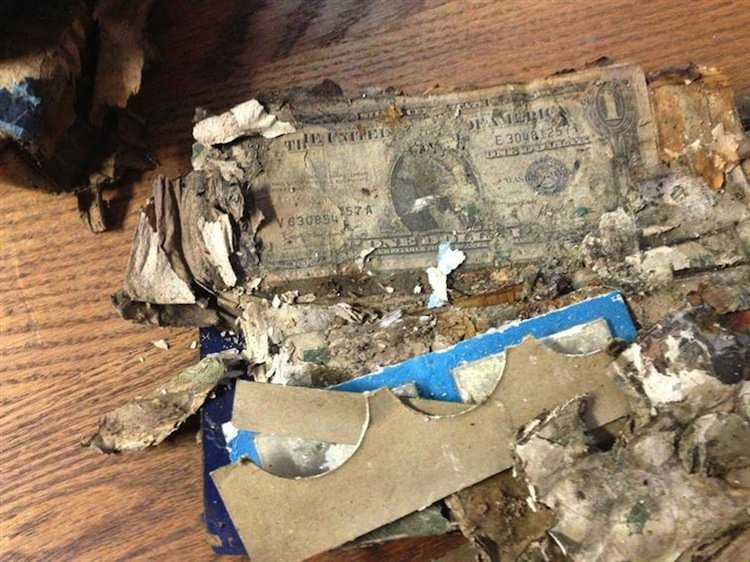 There were loads of coins, too. 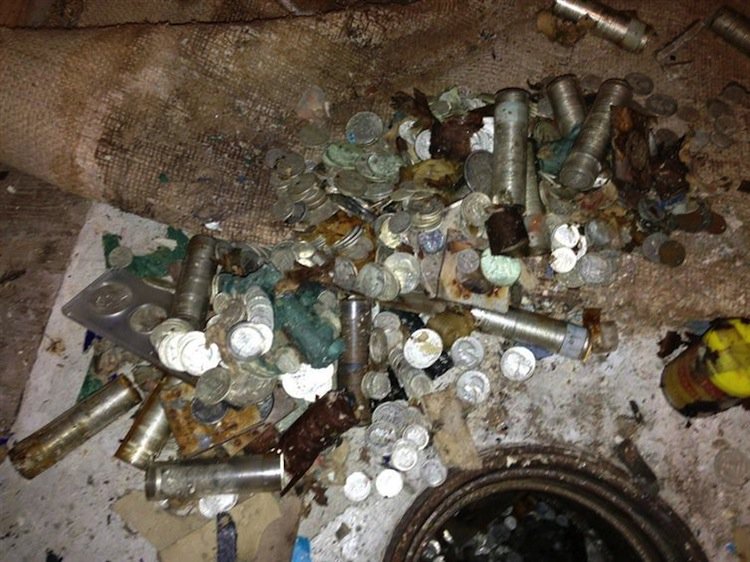 Things sorted out a bit. 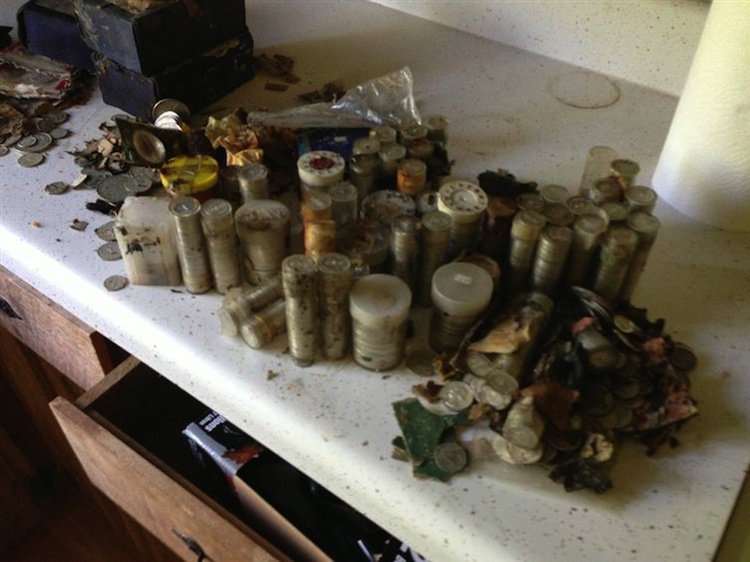 
What a lot of treasure! According to the guy who found these, all the coins pre-1964 are made of 90% silver and are therefore worth about twenty times the face value of the coin. In addition, the coins from 1965-71 are made with 40% silver and are also worth more than their face value, meanwhile the silver bars are worth about $778 each! Amazing!