One of the problems that many people face when navigating through life is how to tell the difference between people who are genuinely nice and those who are just faking it. It’s really important to your happiness and wellbeing to surround yourself with good people who you can count on to be there for you, but how do you tell the good people from the bad? Of course, it’s not an exact science, but there are definitely some warning signs that will alert you that someone might be fake. Take a look at these graphics showing eight ways to tell the difference between genuinely nice people and fake nice people.

Fake people often try hard to be liked, whereas genuine people are just themselves. 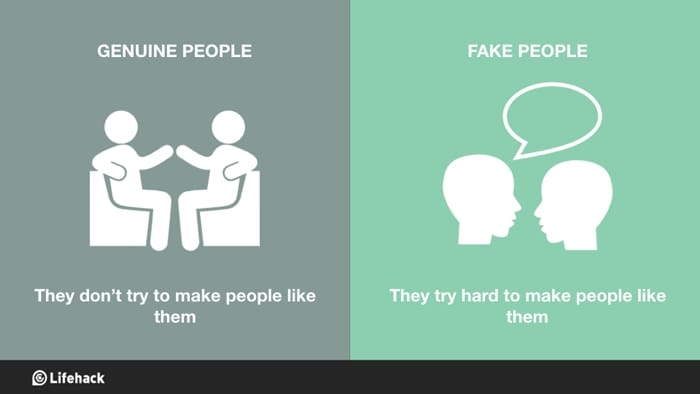 Genuinely nice people respect everyone, not just people who are cool or powerful. 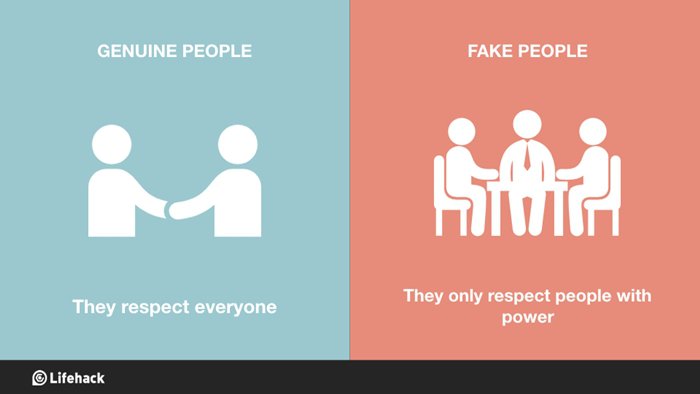 Genuine people always try their best to stick to their commitments and promises. 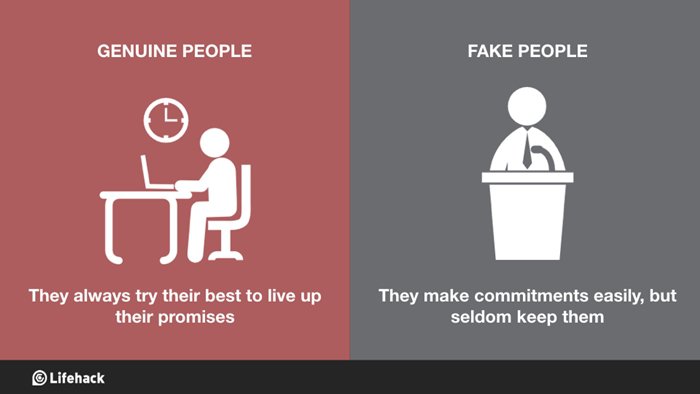 Fake people are only helpful when they have an agenda whereas genuinely nice people are helpful almost always. 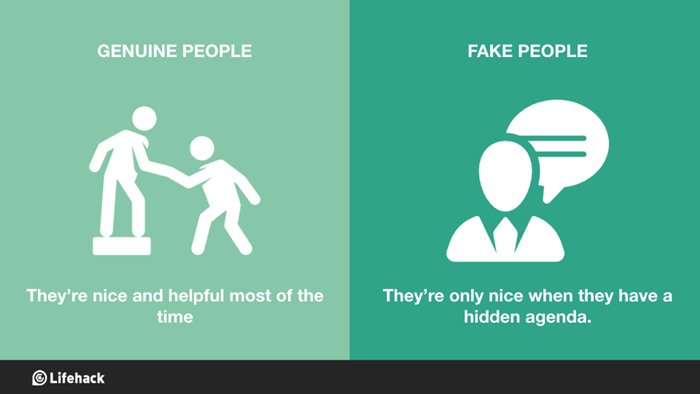 Fake people gossip about others. 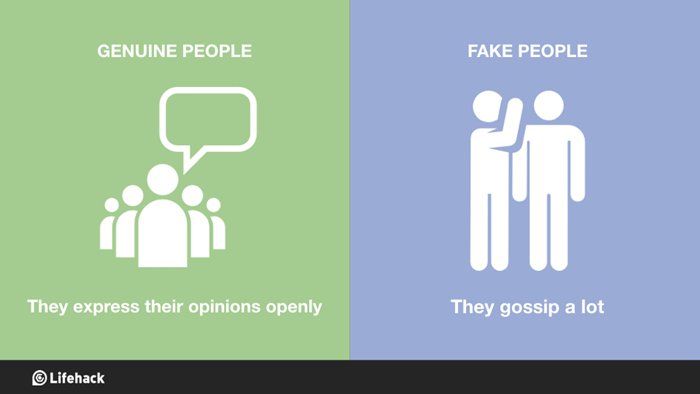 Genuine people might talk about their achievements but they don’t show off or brag. 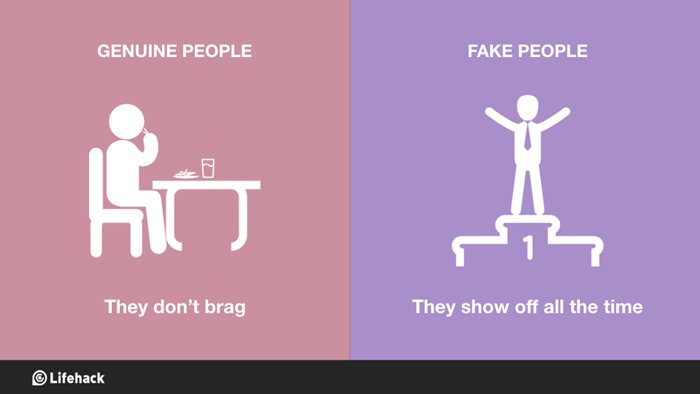 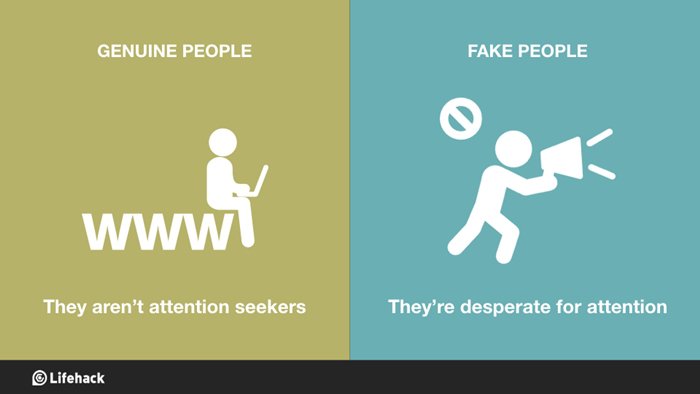 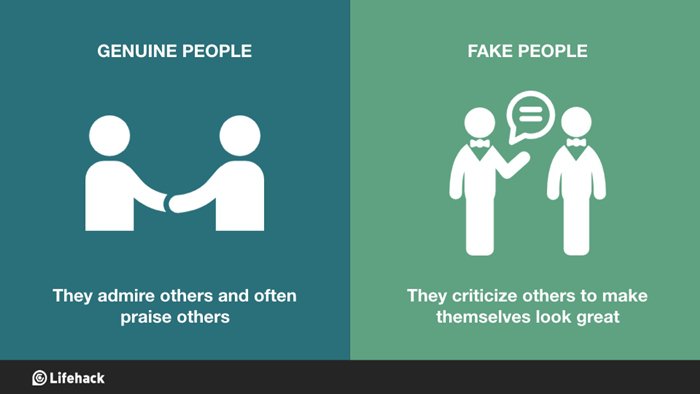