14 Amusing Signs From ‘The Simpsons’ You Might Have Missed

The Simpsons has been going strong for over 20 years now, and doesn’t seem to be showing any sign of letting up. The weekly stories surrounding everyone’s favorite animated family are funny enough as they are, but one of the things that makes the show even greater is its attention to detail. The little things are just as important to the writers and animators as the big things, so you may have spotted hilarious signs all over Springfield, even if they only get a second or two of airtime and aren’t in any way relevant to the episode. Most people won’t even notice them on first watch, but they’re definitely worth closer examination. Take a look at these fourteen amusing signs from The Simpsons that you might have missed!

This one’s straight to the point. 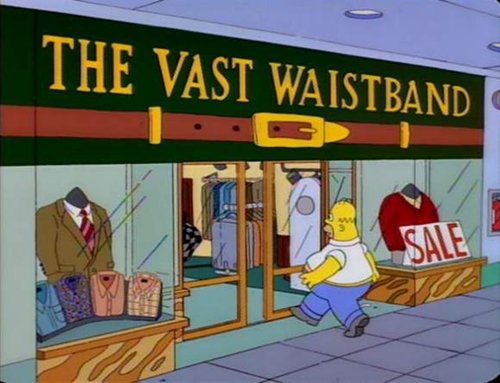 A most important event! 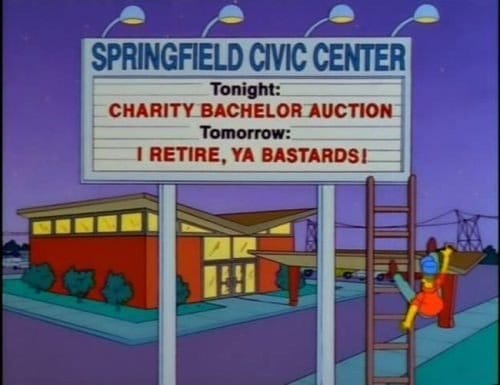 Sure, that won’t get confusing… 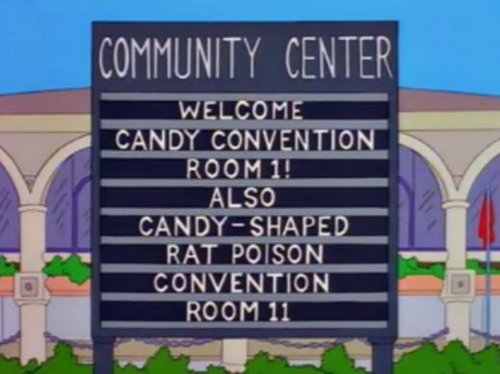 Someone’s had a change in mood. 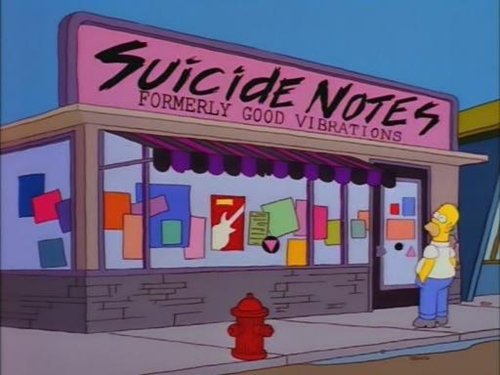 We feel like shopping is always a baffling ordeal for us. 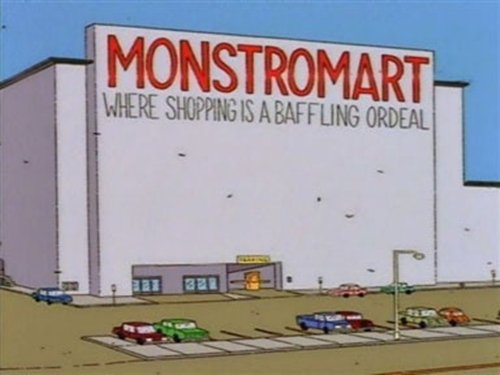 And there’s plenty to go around! 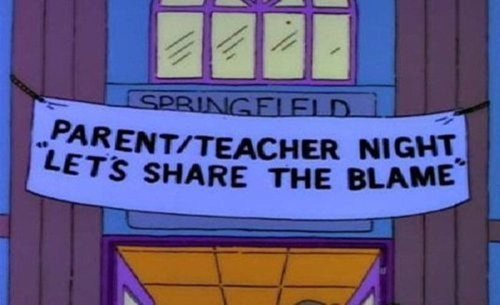 Even God makes a few errors. 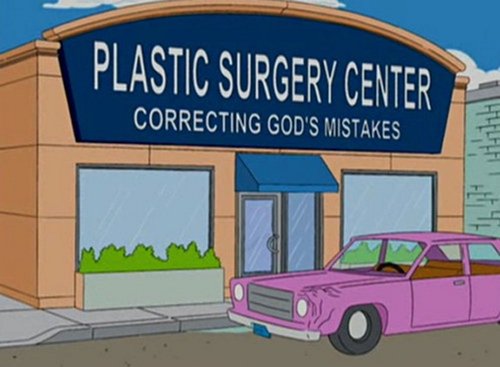 When you need someone to assess the reality of the bugs on you. 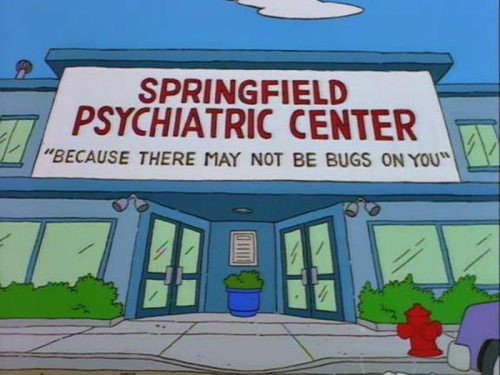 Who knew Little Ukraine would be so much fun? 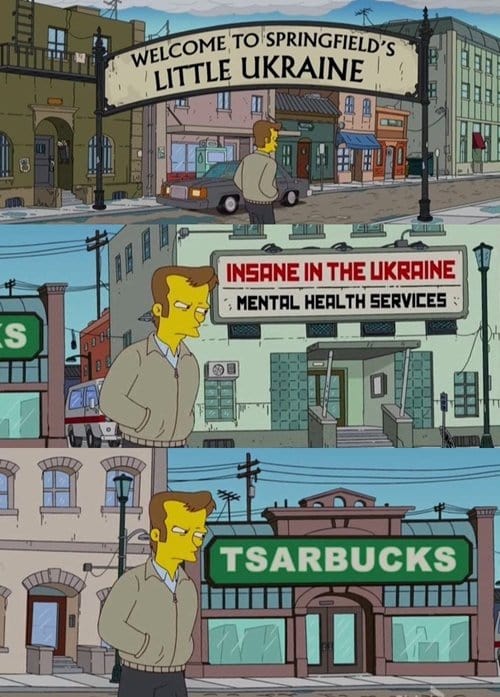 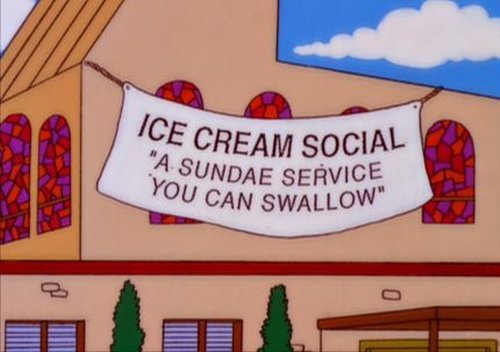 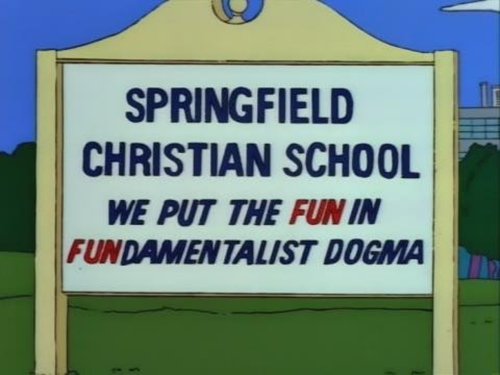 If only Bart was here to see this! 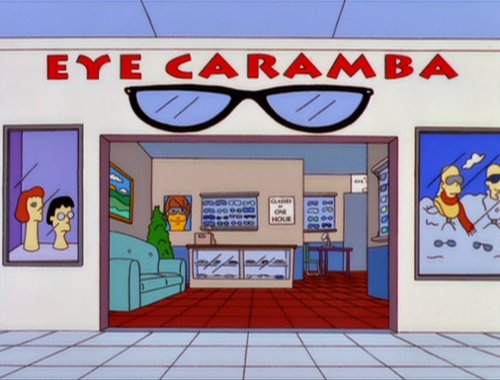 A scarily good name for a gun store. 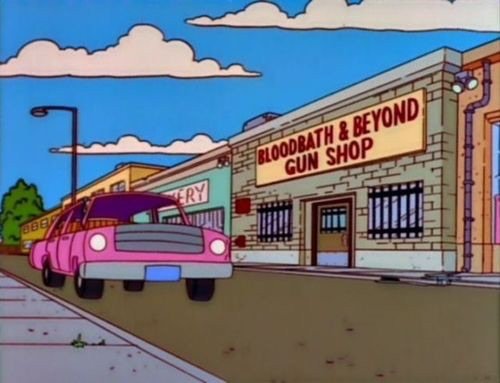 You’d better hope it does! 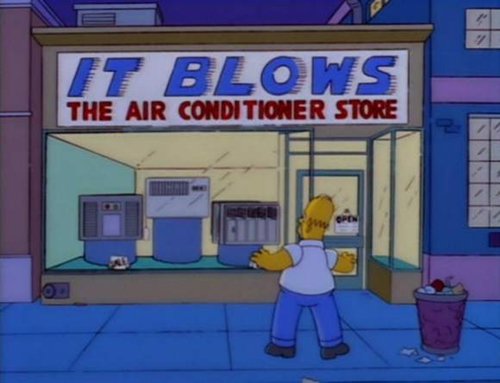