People Who Believe That They Have Had Encounters With Aliens

Extra terrestrial life is something that leaves many people divided. Some people are hardcore believers whether or not they have actually witnessed anything themselves. Other people think the whole topic is laughable and anyone who claims aliens to be real is living in a fantasy world. Well, here we have some images where people share their supposed encounters with aliens. Take a look and see what you think!
Website: Whisper

People Who Believe That They Have Had Encounters With Aliens

It looks like this person had an alien pal looking out for them on this day. 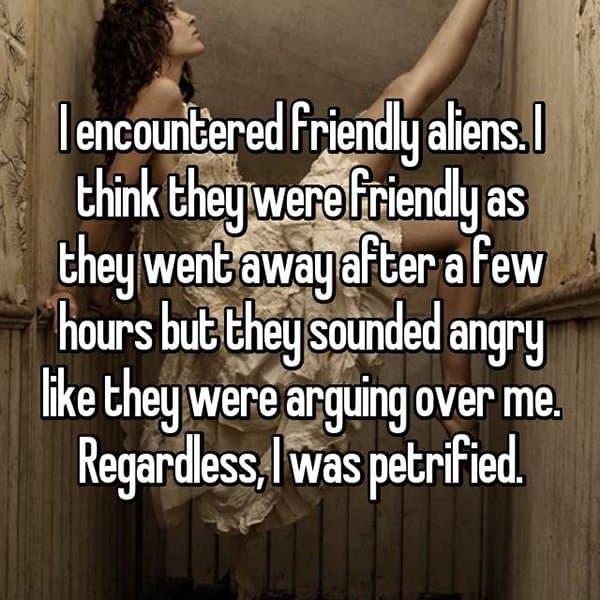 Sometimes you have to see to believe! 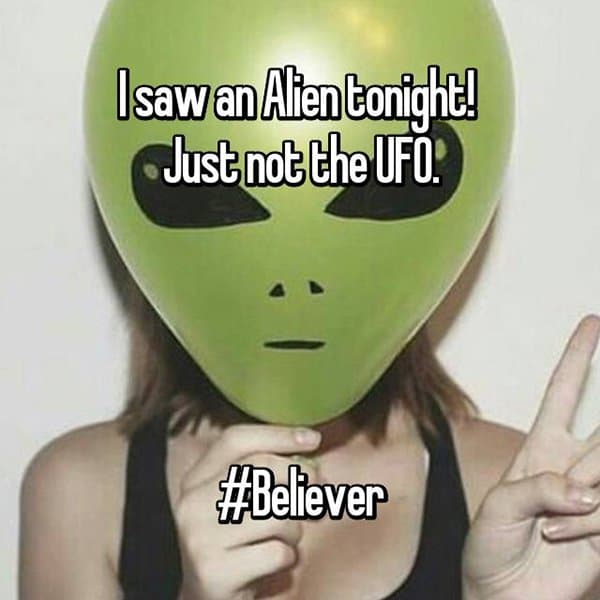 Bruises and cuts sound pretty alarming. We wonder what the cause was? 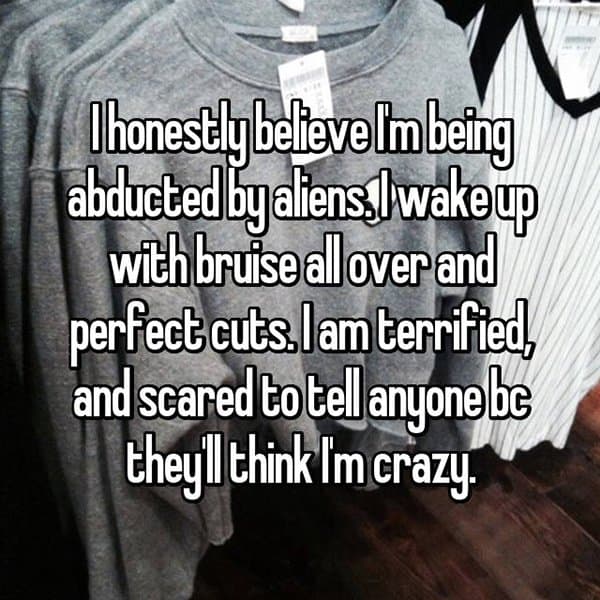 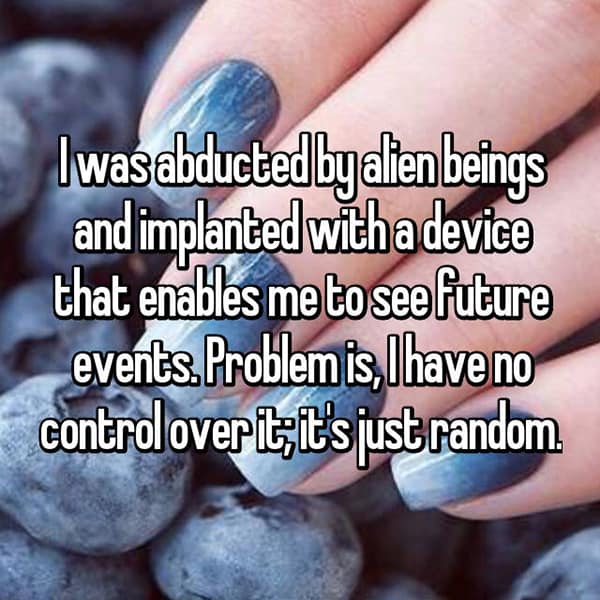 This person sounds crystal clear on their experiences! 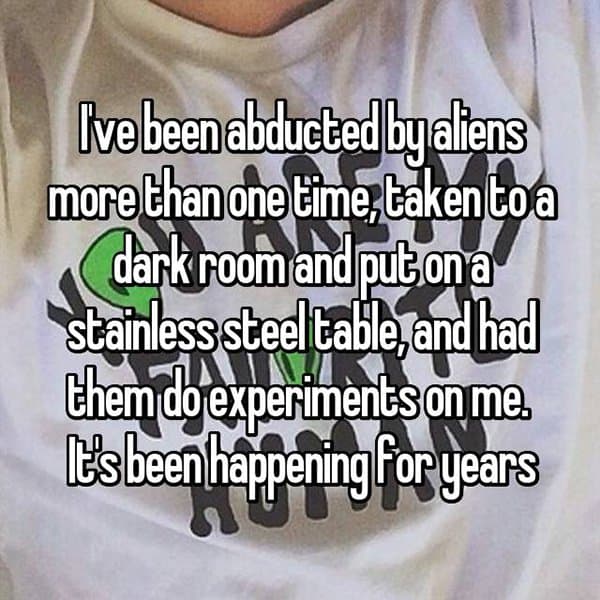 Hypnosis can bring out some strange things from within our minds… 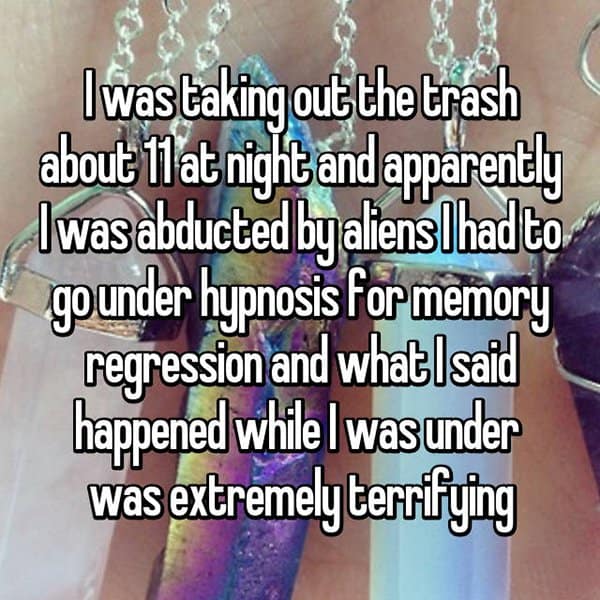 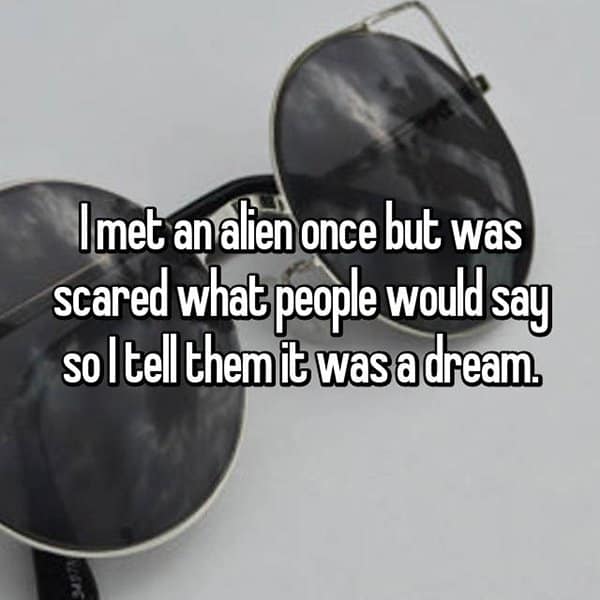 Well, there’s got to be way more to this story! 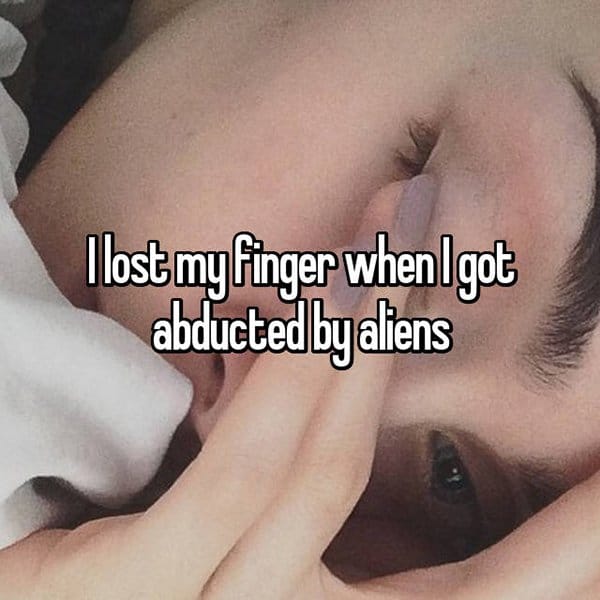 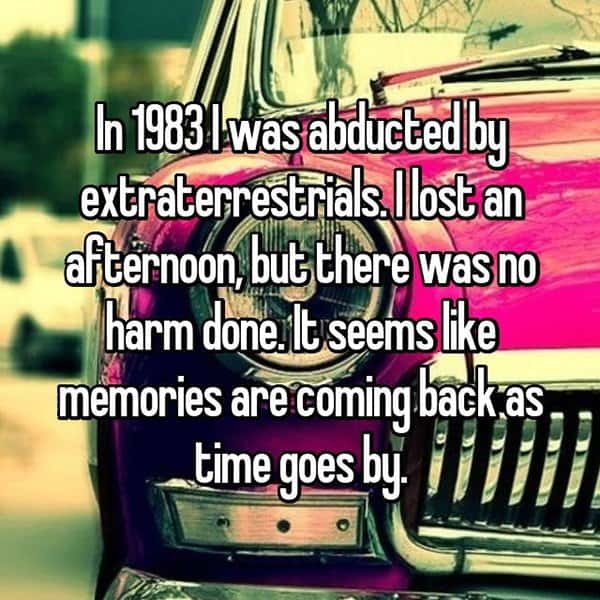 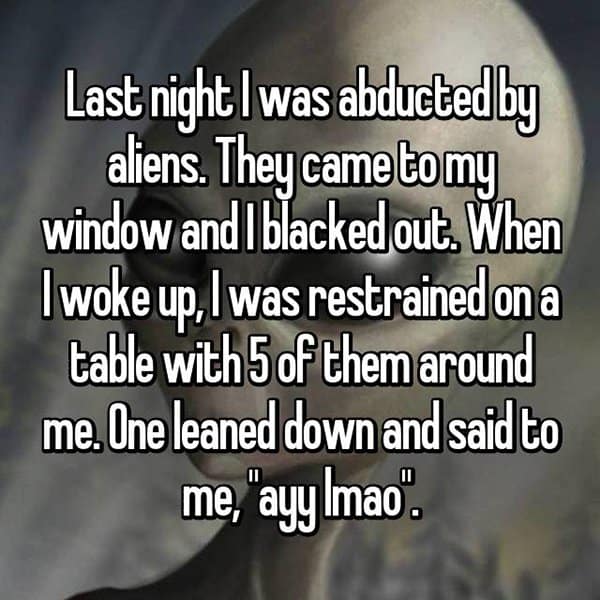 This is an easy claim to make! 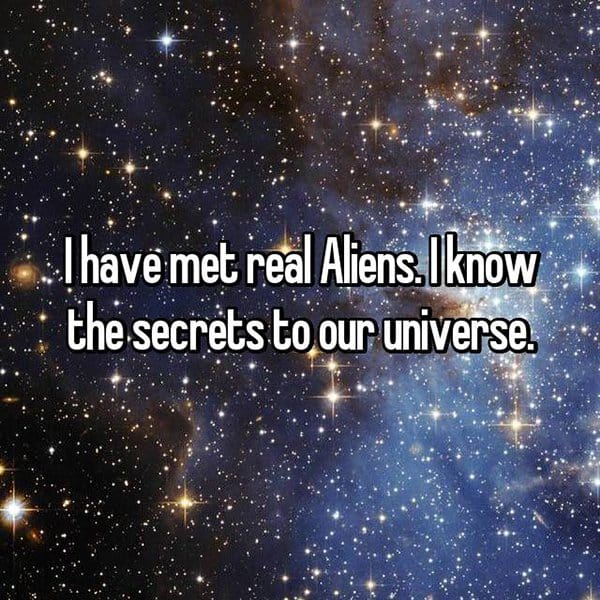 Well, this has got to be pretty high up on the list of strange reasons for gaining weight! 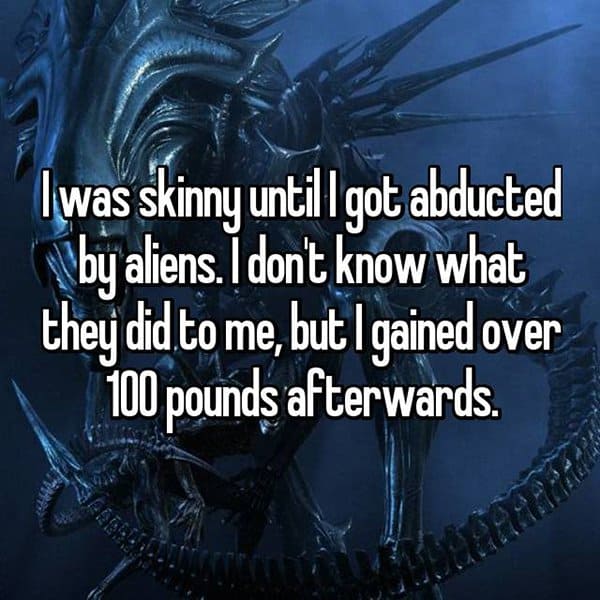 Go to a doctor and have them check out the lump. 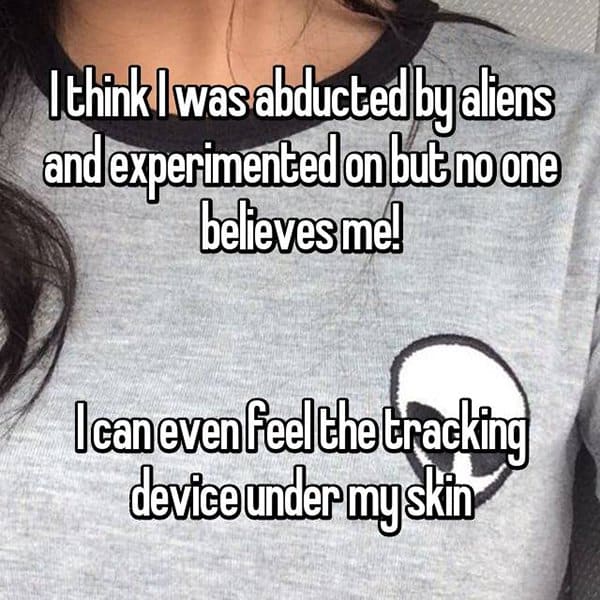 Hopefully this person feels better after appearing on the show. 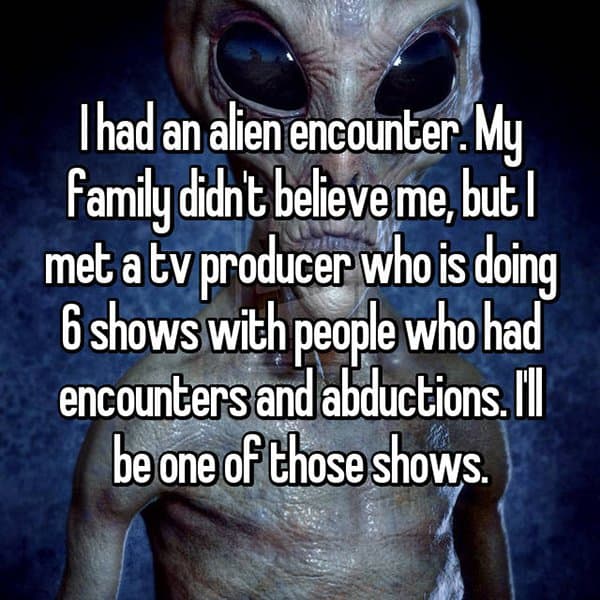