Owning a cuddly kitty is like having a walking, sassy stress reliever. But one woman took this to another level when she turned her feline pet into a cat zen garden. How did she do it? She playfully placed some flat stones on the kitty’s body. Then used a tiny rake to comb the fur and create rippling patterns that are commonly seen on traditional Japanese stylized landscapes.

Professor, writer, and poet Sarah Holland-Batt delighted all feline lovers on Twitter when she shared pics of her cat Lola turned into a miniature zen garden. The photos show the adorable kitty peacefully chilling on the floor with some stones and mesmerizing patterns combed through her fur. Lola’s gray-colored fur looks strikingly similar to gravel, making it the ideal surface for raking straight or swirling patterns. On the last photo, Holland-Batt showed all the wooden rakes and stones she used along with the calm kitty. 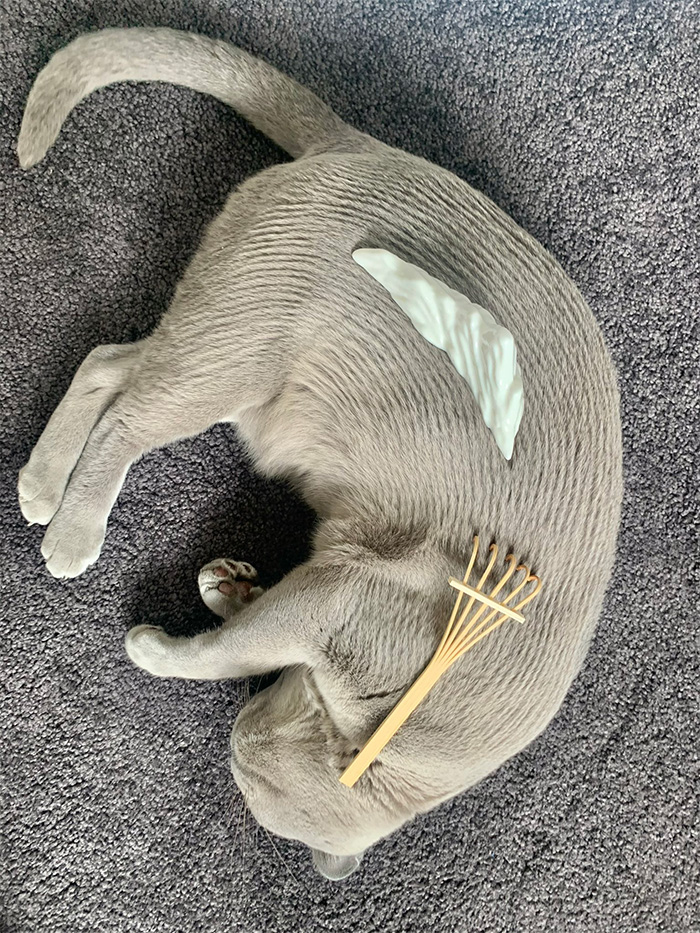 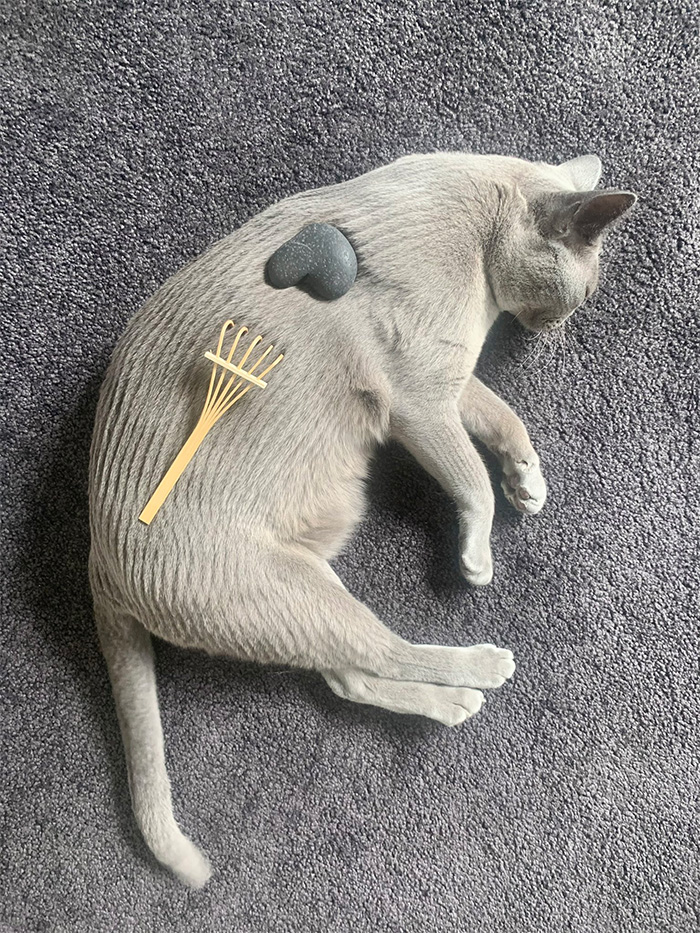 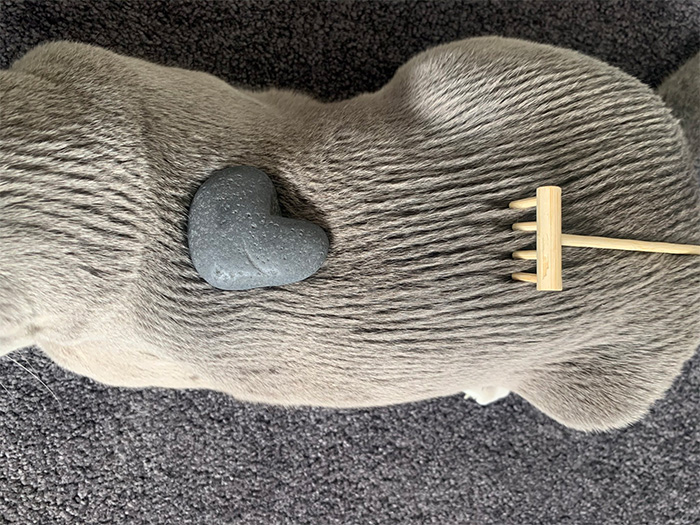 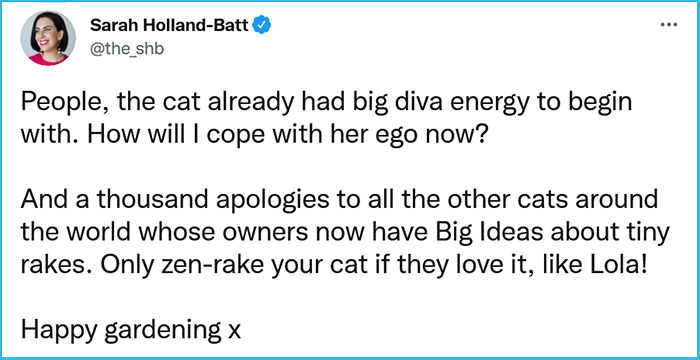 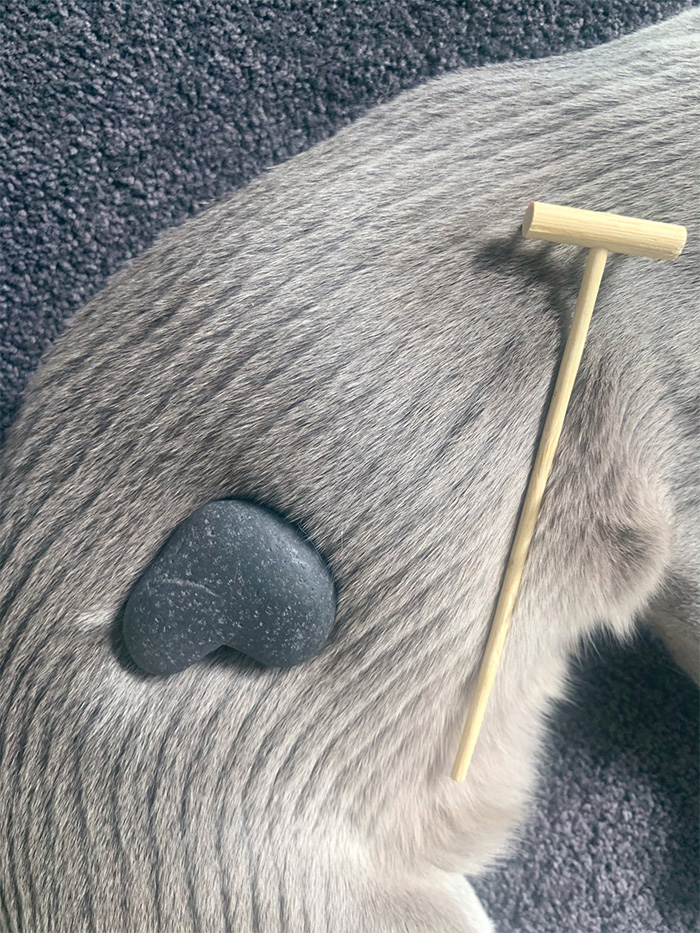 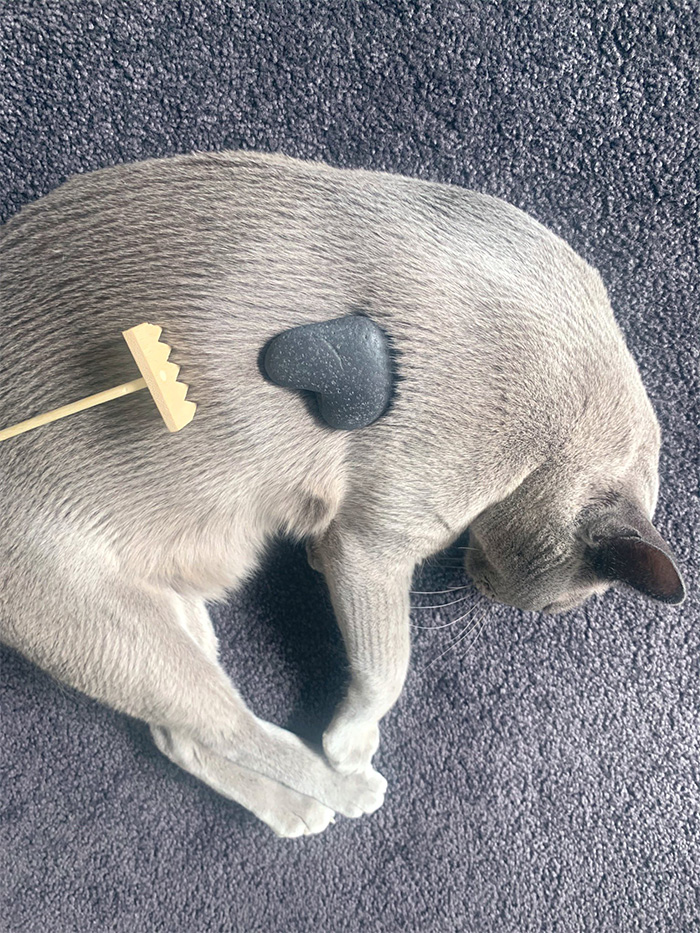 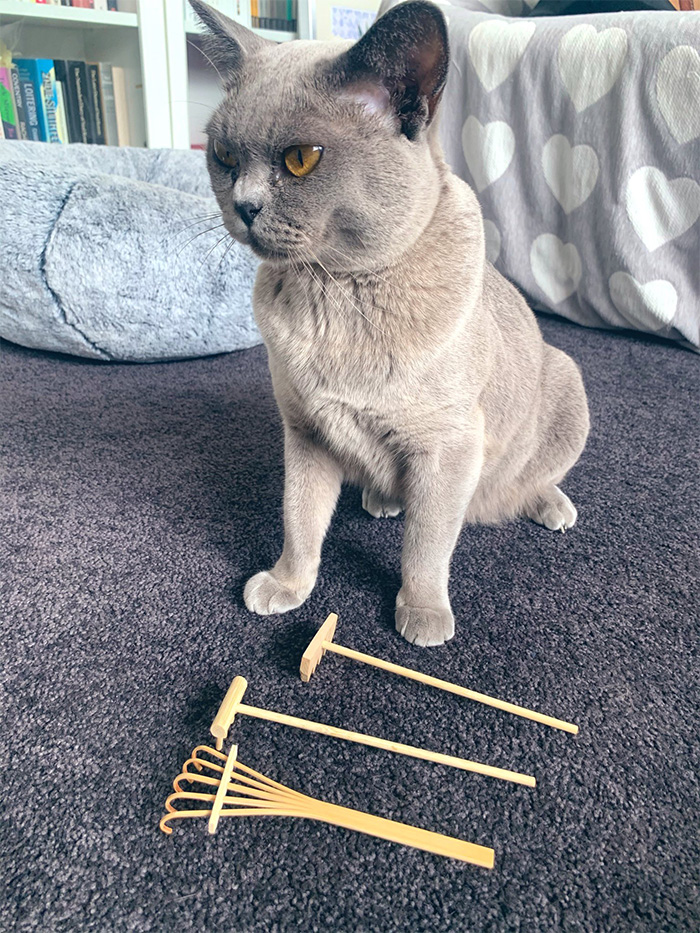 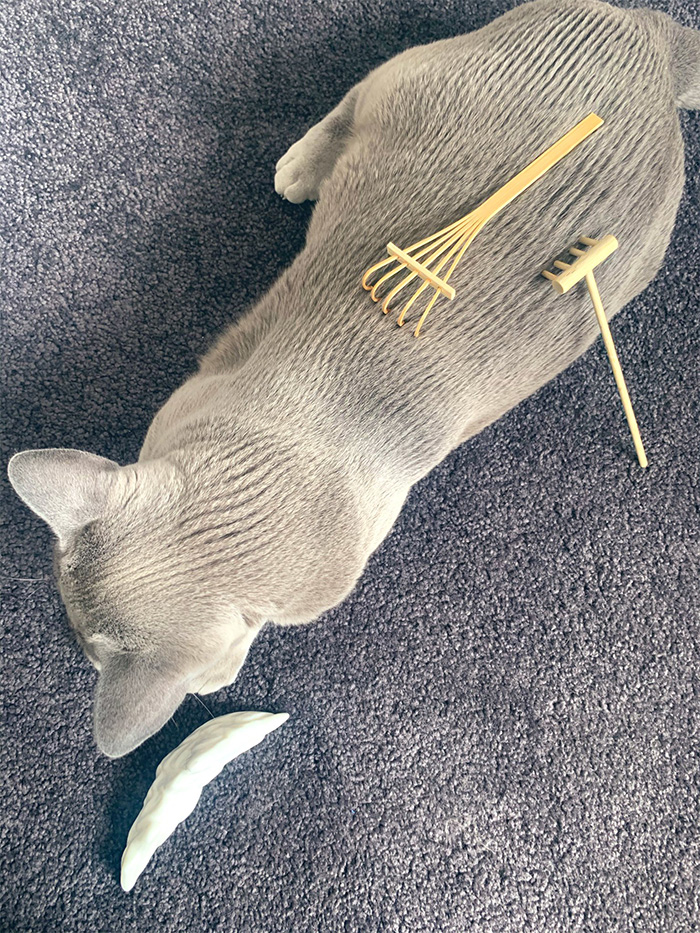 Apparently, many feline owners tried to do the same, hoping to make their own cat zen garden. But the challenge turned out to be harder than it looked. One Twitter user revealed that their cat was not impressed when they attempted to rake its fur with a fork. Another user even posted a video of their kitty trying to battle it out with the wooden rake. Needless to say, some kitties aren’t happy with it. Holland-Batt revealed that Lola is a placid cat and that she actually enjoys being combed with the tiny rake. Other felines, unfortunately, aren’t as obliging as Lola. 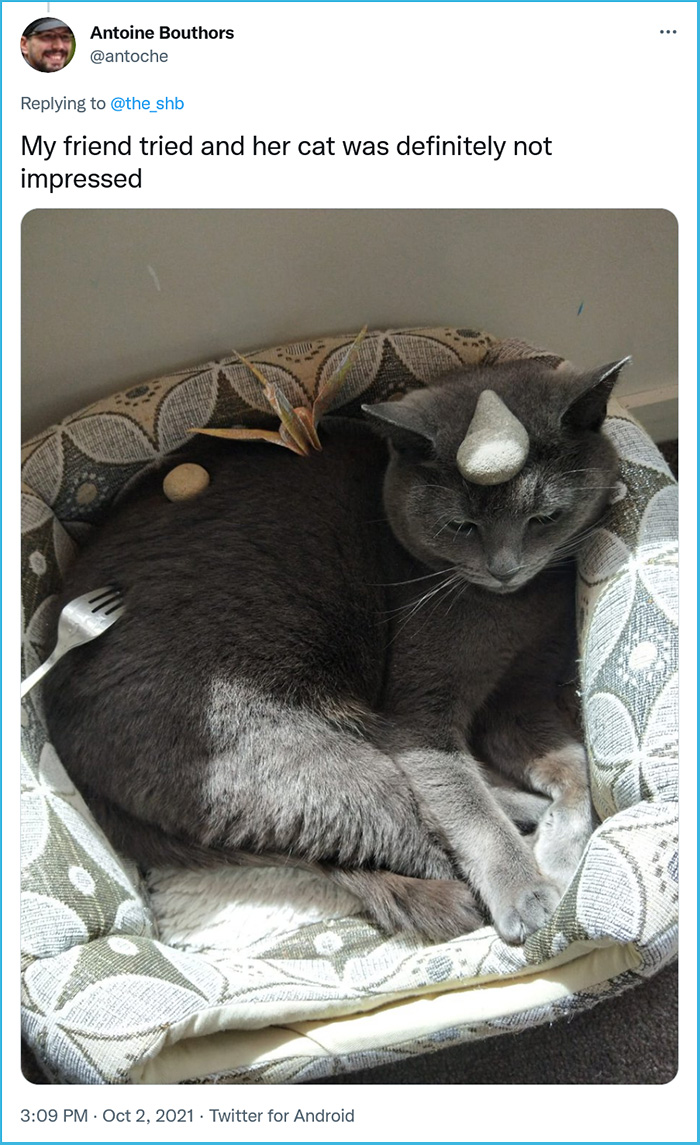