Japan is home to some of the world’s most brilliant inventions and unique tourist destinations. On top of that, the country is also famous for its wide variety of cute and yummy treats. But perhaps, nothing can ever come close to the water cake or Mizu Shingen mochi as the locals call it. As the name suggests, it looks just like a big drop of water. It’s almost comparable to clear and jiggly gelatin!

Made popular by Yamanashi-based confectioner Kinseiken, this one-of-a-kind dessert is famous for its delicate consistency. We’re not even exaggerating when we say you have to consume it within 30 minutes. Otherwise, it would just melt and might even begin evaporating after 20 minutes or so. Apparently, saving the best for last might not apply in this case. 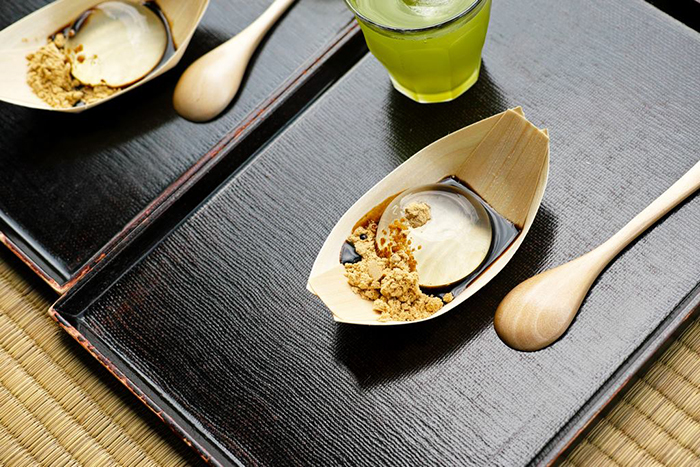 So, what makes up this “edible water”? 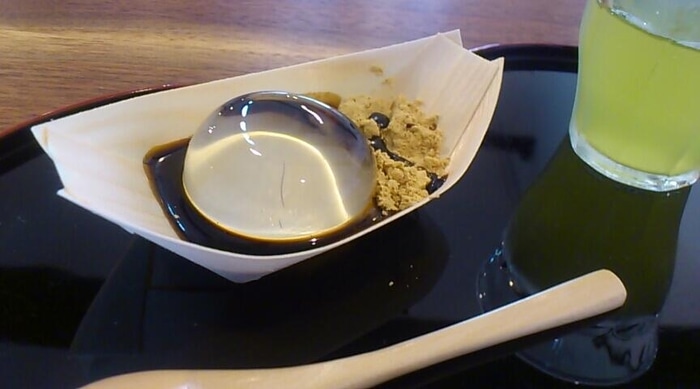 It actually consists of agar that’s mixed with freshly sourced water from Mount Kaikoma in the Southern Japanese Alps. After being heated, it undergoes molding and cooling. Generally, it has a mildly sweet flavor to it. However, you can also top it with roasted soybean flour (kinako) and black sugar syrup (kuromitsu). 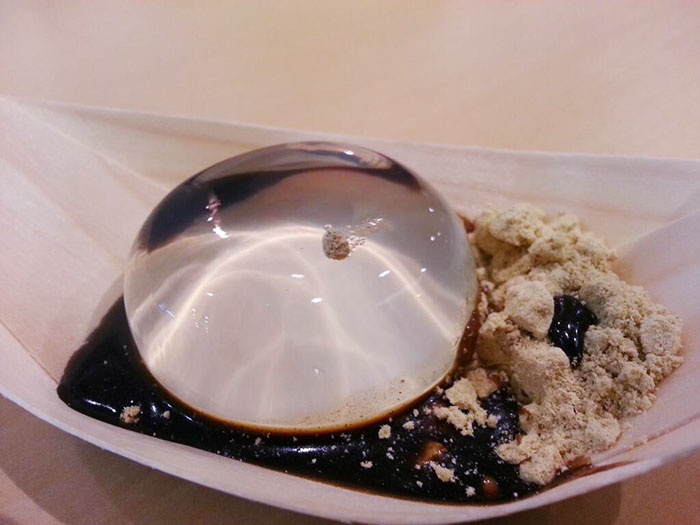 It’s a seasonal delight that’s only available in summer which usually lasts from June to September. Given its seasonality and high popularity, it’s relatively hard to get ahold of this coveted treat. As such, DIY recipes have also become a viable alternative. In fact, one Twitter user’s post has gone viral for showcasing a slightly different take on the raindrop cake.

Twitter user @mithiruka shared a photo of the raindrop cake in the form of a curled-up sleeping cat. Evidently, it’s so cute that other users can’t help but share it too! @mithiruka found the recipe on Cookpad and creatively recreated the snack using a silicon mold from a MUJI store. 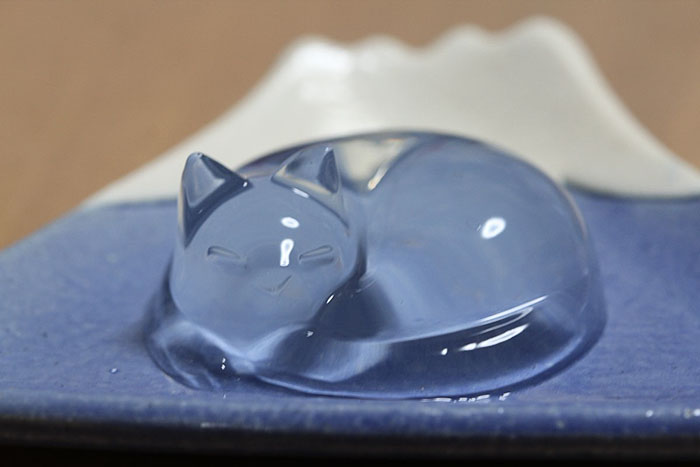 The finished product looks just like an elegant piece of crystal 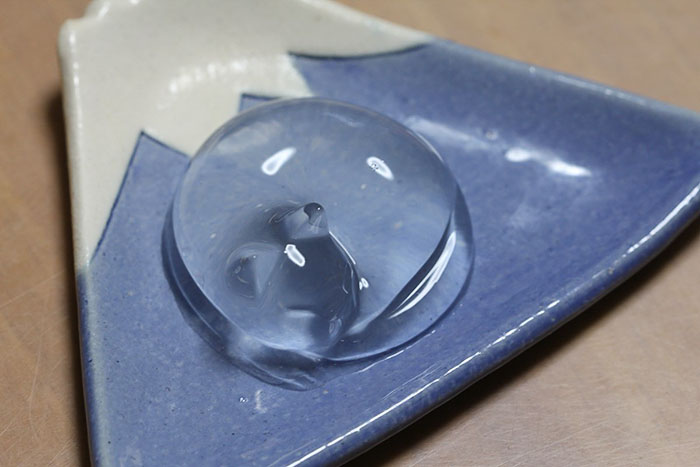 In addition to that, @mithiruka has also created a rose version. The Twitter user even posted a video to showcase how it delicately jiggles when lightly poked with a spoon.

Depending on your preference, you can recreate your own version of the water cake in different shapes and sizes