In some states around the US, it is illegal to own a hedgehog as a pet. Furthermore, you will need to obtain a license in order to legally breed them. But in Japan, hedgehogs are among one of the most favorite pets. In fact, these spiny mammals are so well-loved that a hedgehog café was built (and became viral) in Tokyo. Cute, quiet, independent, entertaining, and low maintenance. These are some of the reasons why more and more Japanese are getting hedgehogs as pets. There are countless of pet hedgehogs in Japan right now. But among them is one particular hedgehog who instantly rose to stardom in 2017. Azuki, a Japanese pygmy hedgehog, became an online sensation on Instagram due to his series of cute photos and videos. 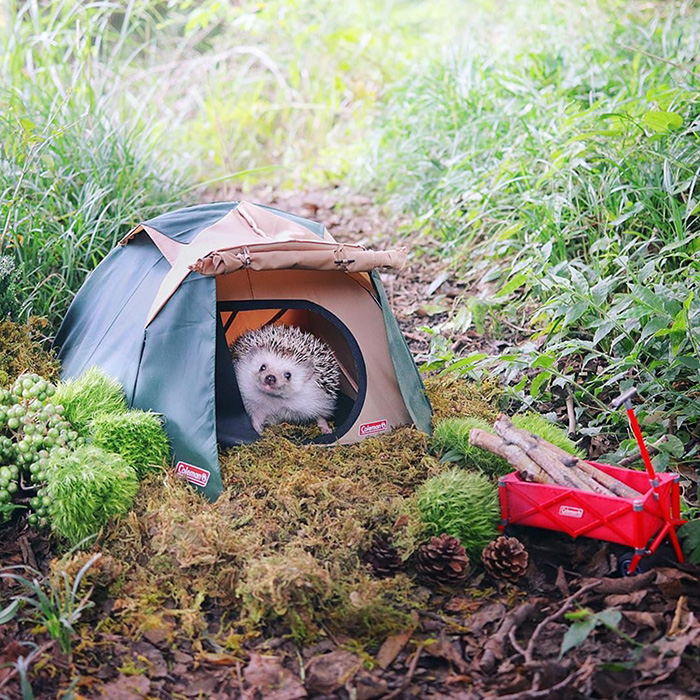 Azuki’s owner is a photographer who regularly posts his adorable adventures on Instagram. Although Azuki loved his cozy life indoors, he also enjoys spending time in the outdoors. To document his outdoor adventures, his owner sets up a mini camping to appease his wanderlust. In order to make his camping experience complete, he was provided with a miniature tent, picnic table, a barbecue, a cooler, a wagon, and even a kayak. As expected, the series of adorable photos documenting his outdoor camping stole the hearts of the people. Due to his photogenic attribute, Azuki was later named as the cutest hedgehog in the world. And his number of Instagram followers skyrocketed in such a short period of time. 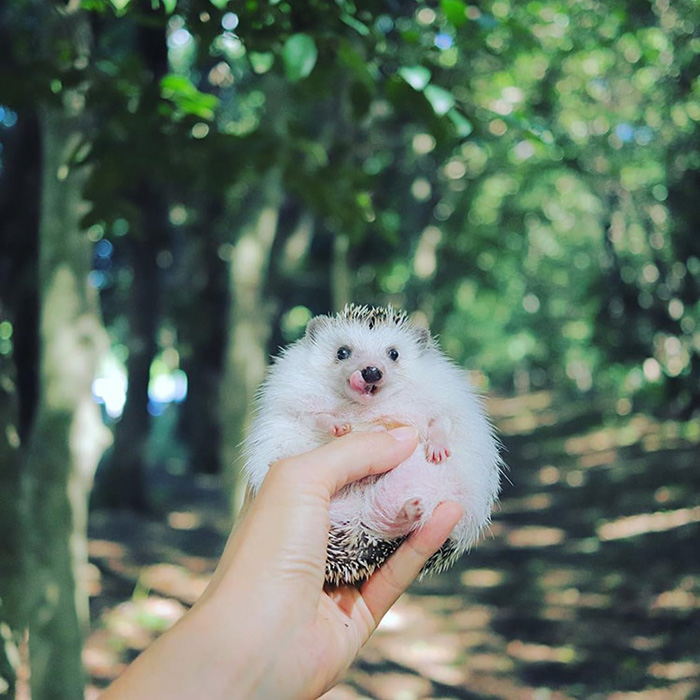 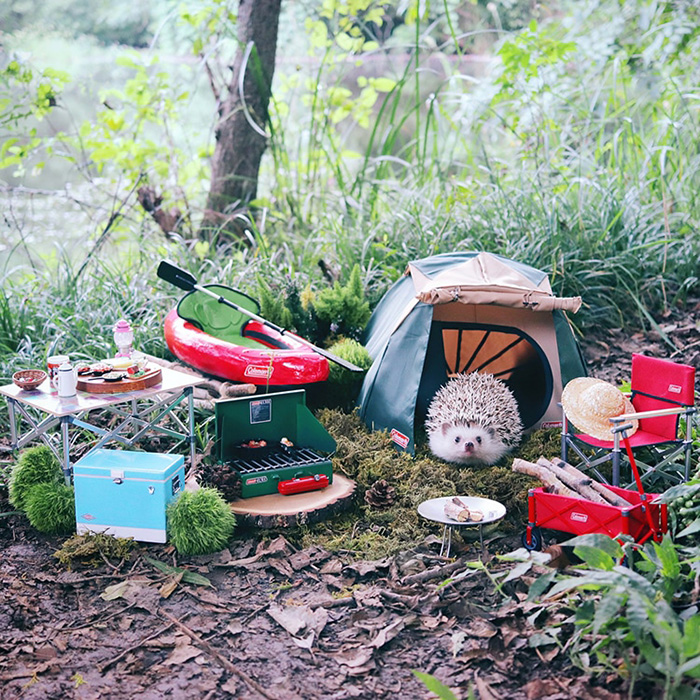 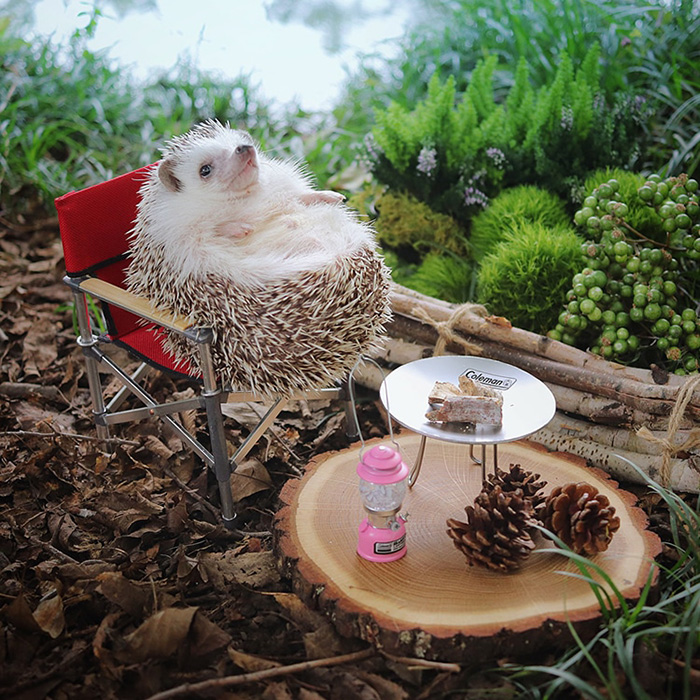 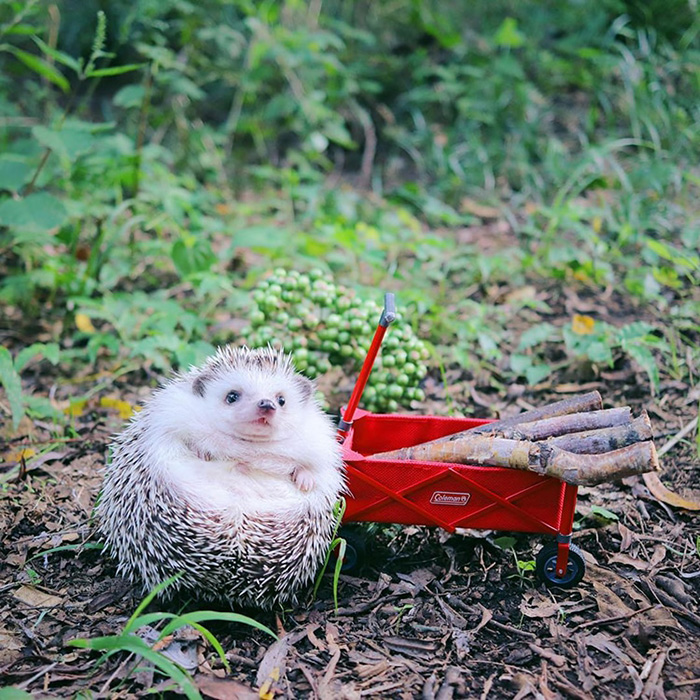 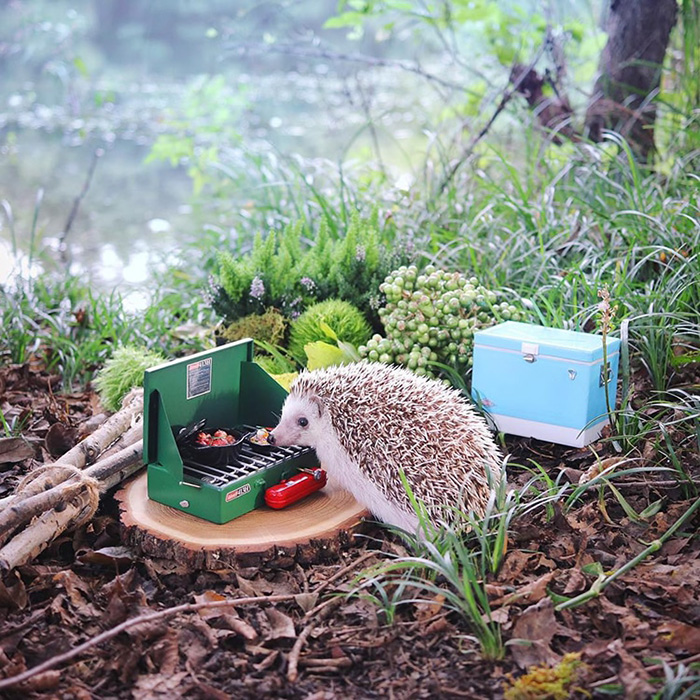 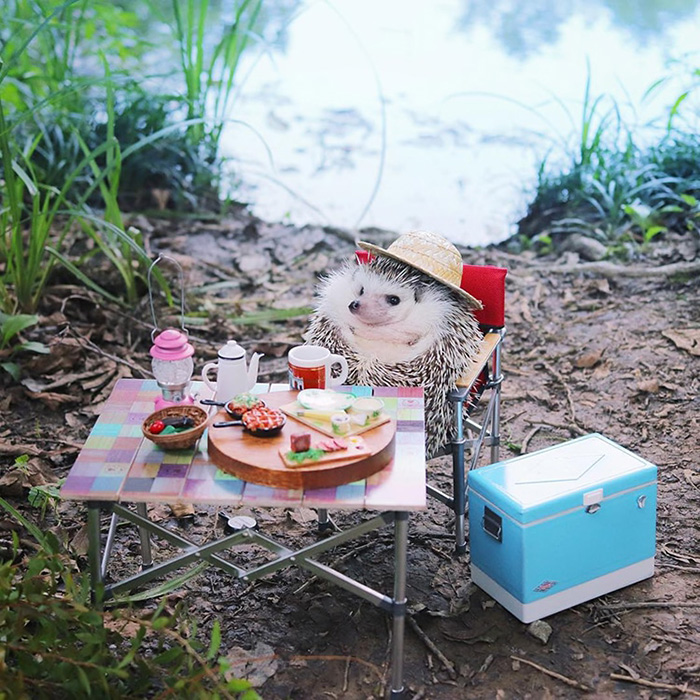 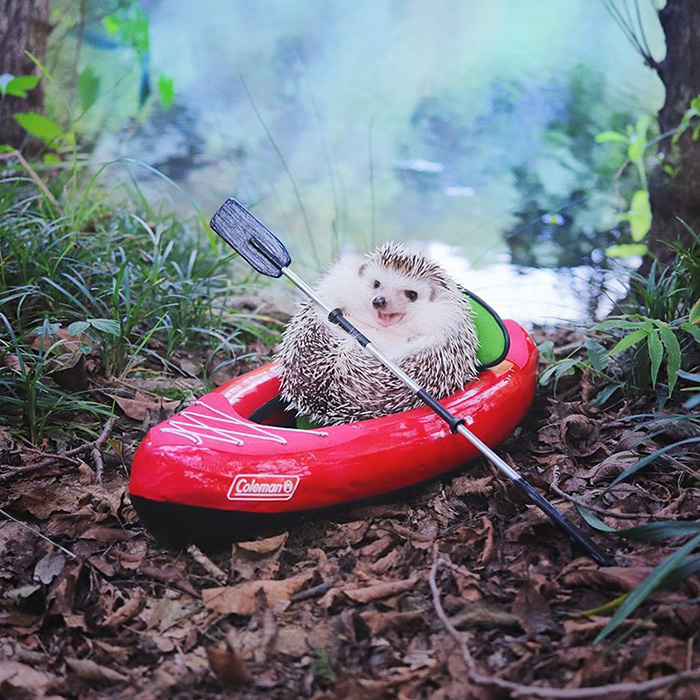 Sadly, Azuki died on January 20, 2019, leaving his 403,000 Instagram followers in deep sorrow. However, his daughter Monaka, which is also a spitting image of Azuki, continues the job that her father left. And that is to charm the whole world with her irresistible cuteness and happy-go-lucky attitude, just like her father. You can look back at Azuki’s adventures on his Instagram page, as well as keep up to date with the latest photos of Monaka.