If you’re an avid sports fan, you probably take anything to do with your favorite team very seriously indeed. We do respect that, but you absolutely cannot deny that there have been some extremely awkward moments in sports. If a photo’s captured at just the right moment (or wrong moment, depending on how you look at it), it can appear as though something strange is happening, such as one player getting a crotch to the face, or two opposing team members looking as though they were about to kiss. No matter how seriously you take sport, these 23 awkward sports moments are hilarious! Check them out!

It’s a good thing cheerleaders wear shorts under their skirts! 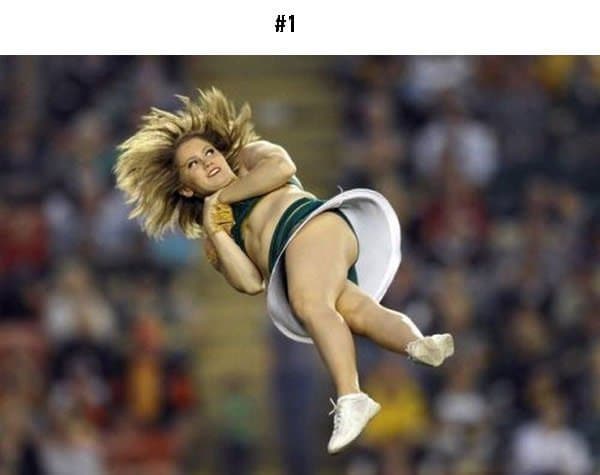 Well, this looks rather intimate!

A person’s private area is somewhere you want to avoid at all costs during a sporting event! 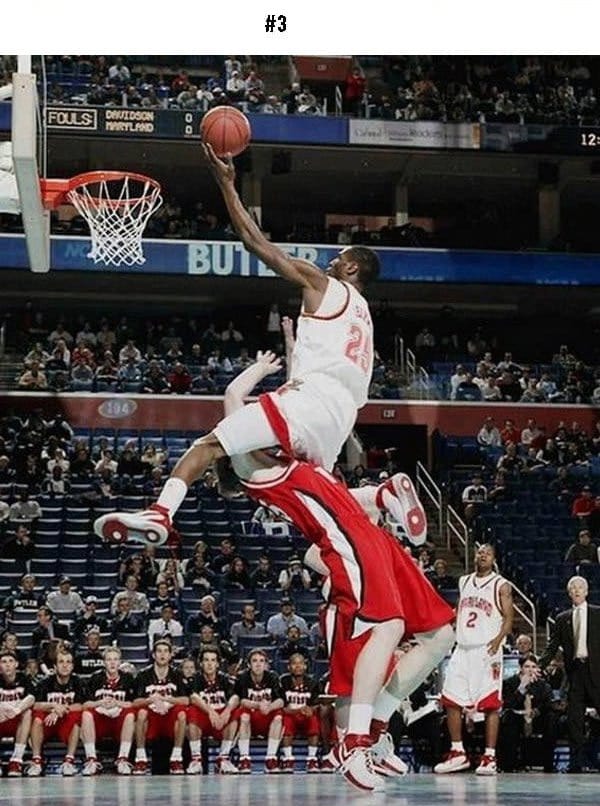 The guy in blue has got one very strong arm! 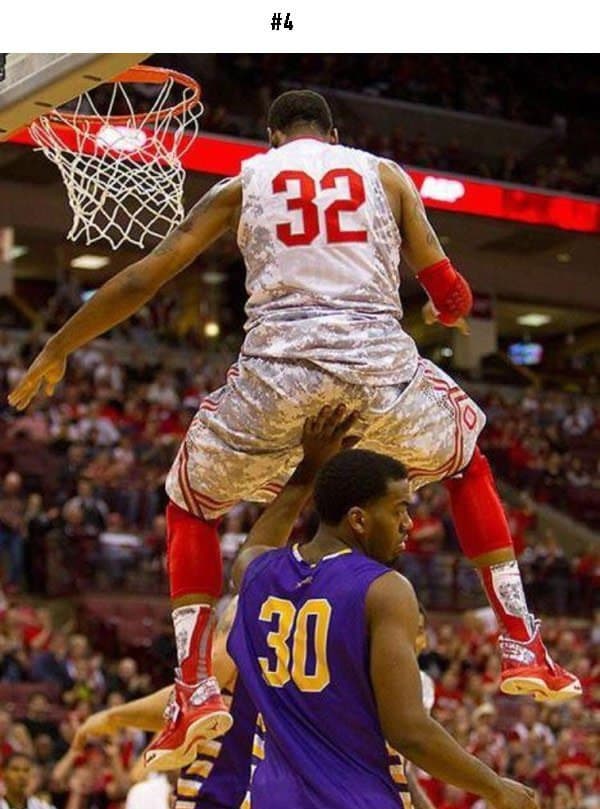 We’ve never seen a nose bend like that before! 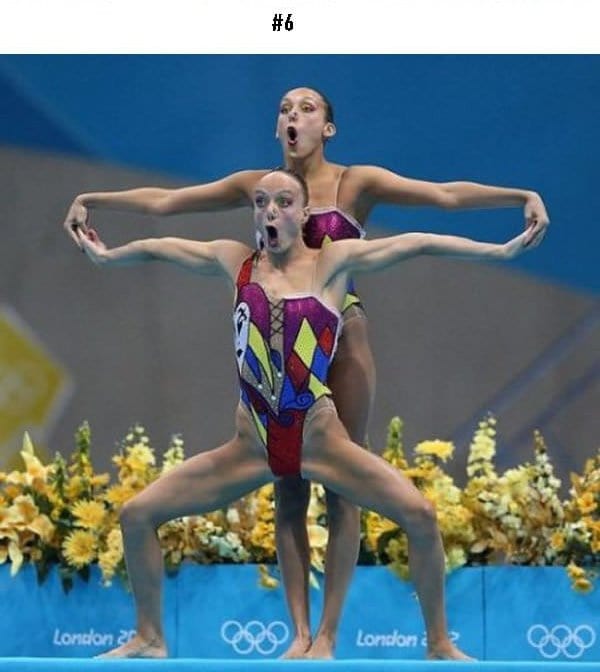 We’re not sure whether this image is funny because the girl is going unnoticed by the two men in the front or because the guy who has noticed her has a huge grin on his face! 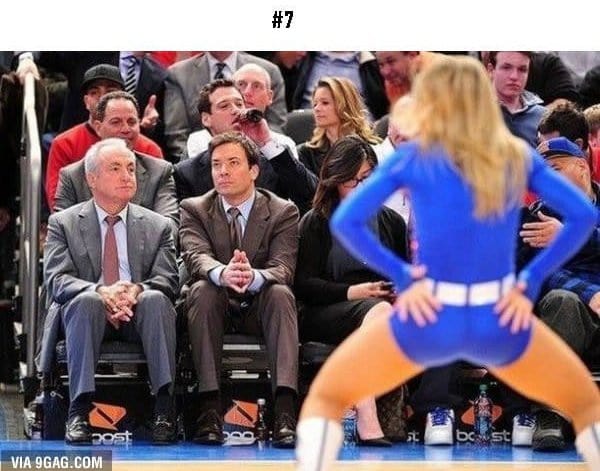 Is that a pinch we spot? 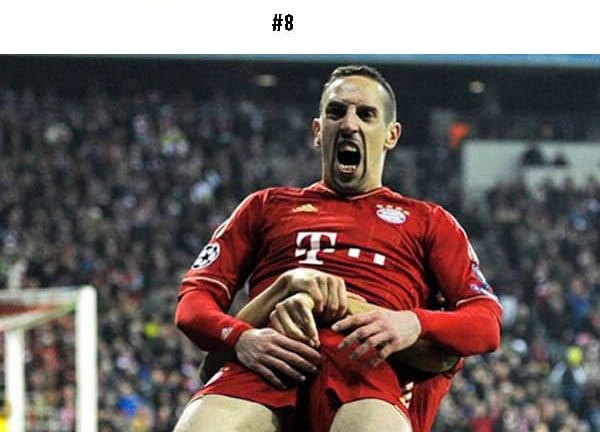 A perfectly timed photo at its best… 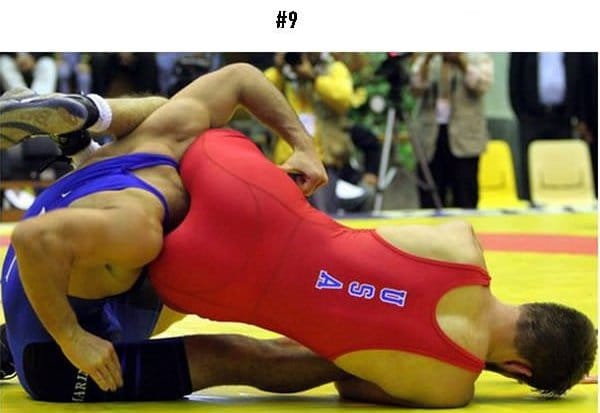 Anyone who has had a ball straight to the face will know that it hurts an awful lot! 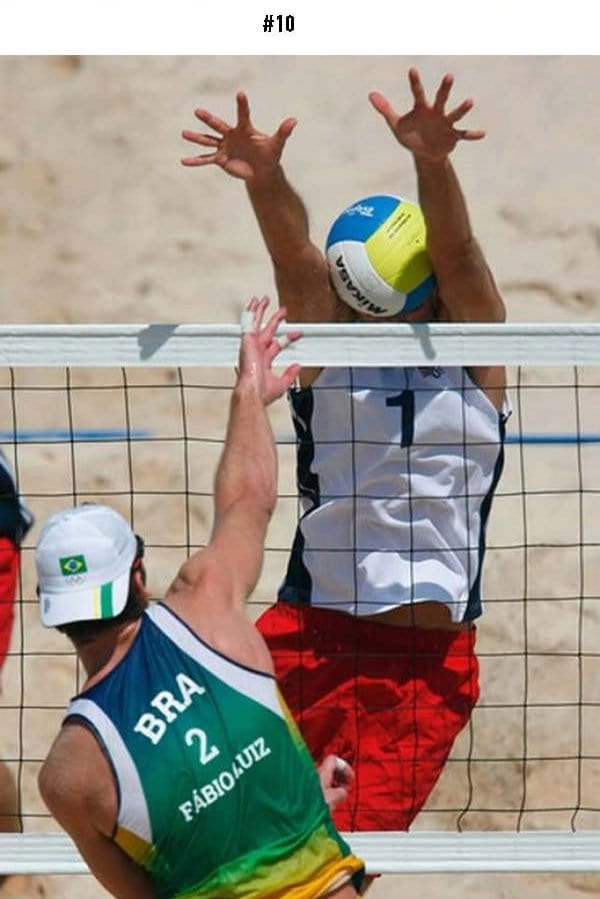 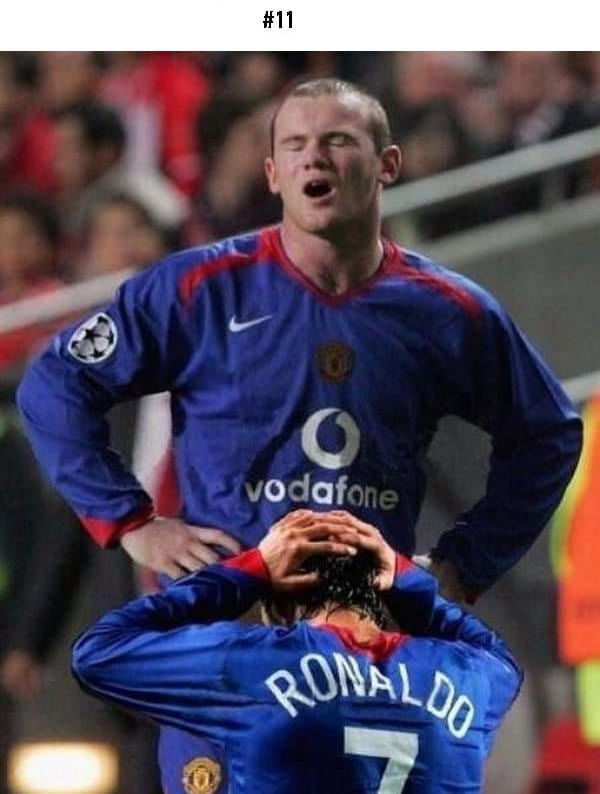 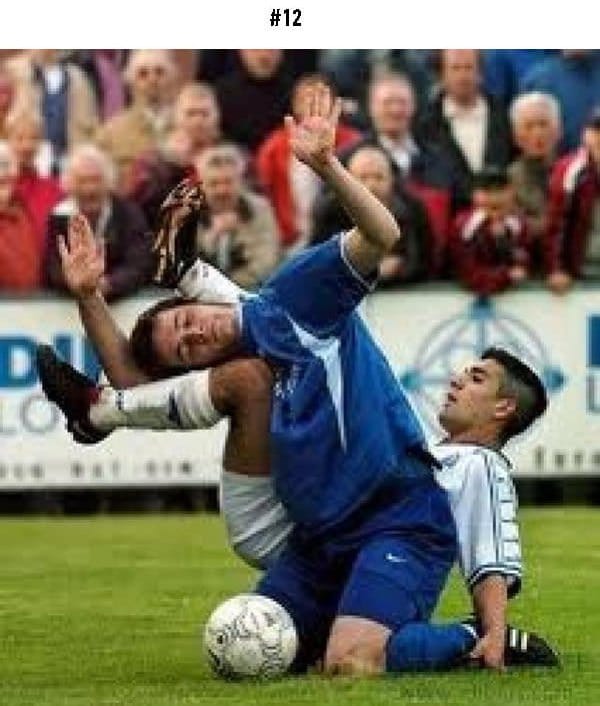 The guy in green is having a right nightmare! 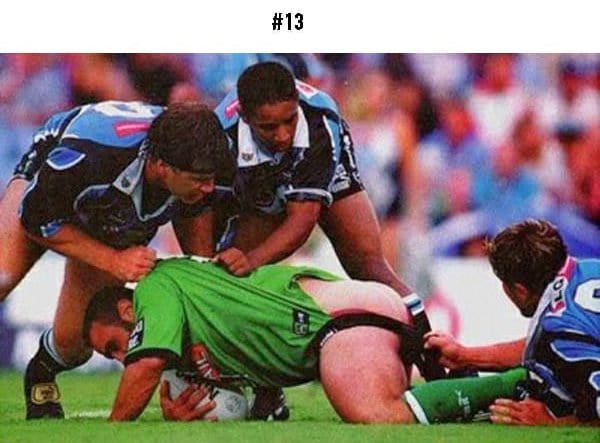 Sometimes, you just need to take a moment to spread the love. 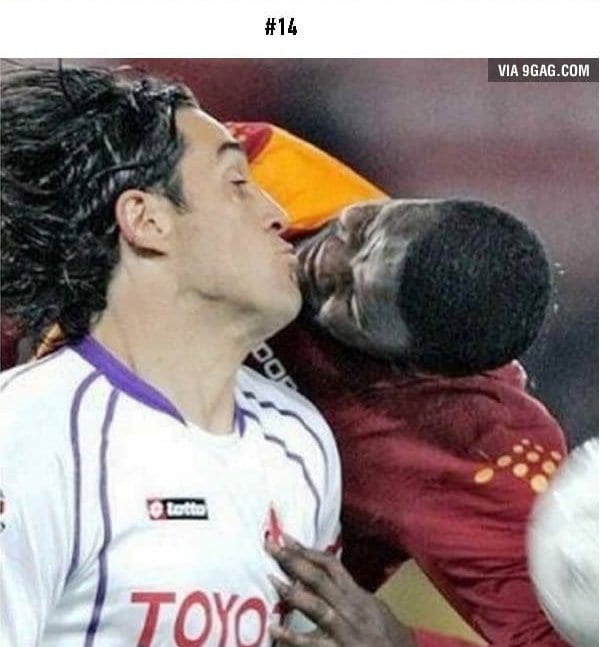 This makes us feel really icky. Who would ever want to put their tongue anywhere near someone else’s arm pit?! 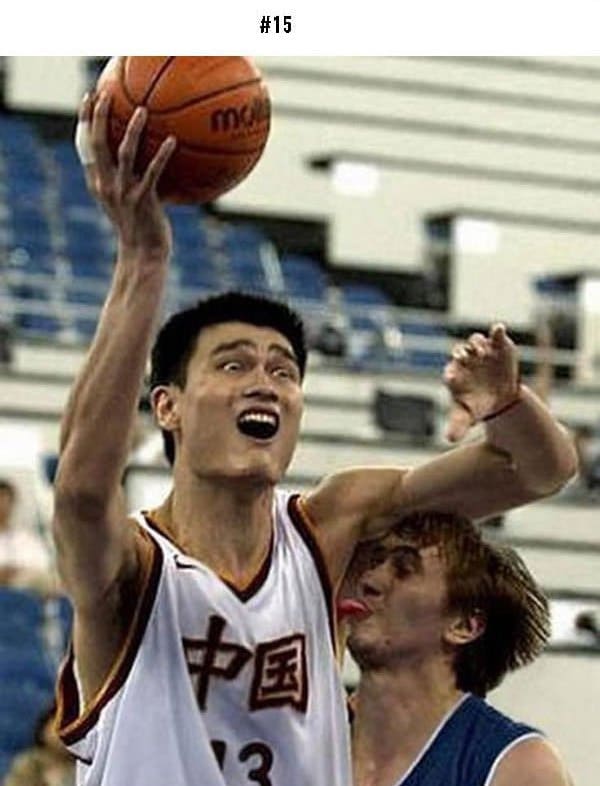 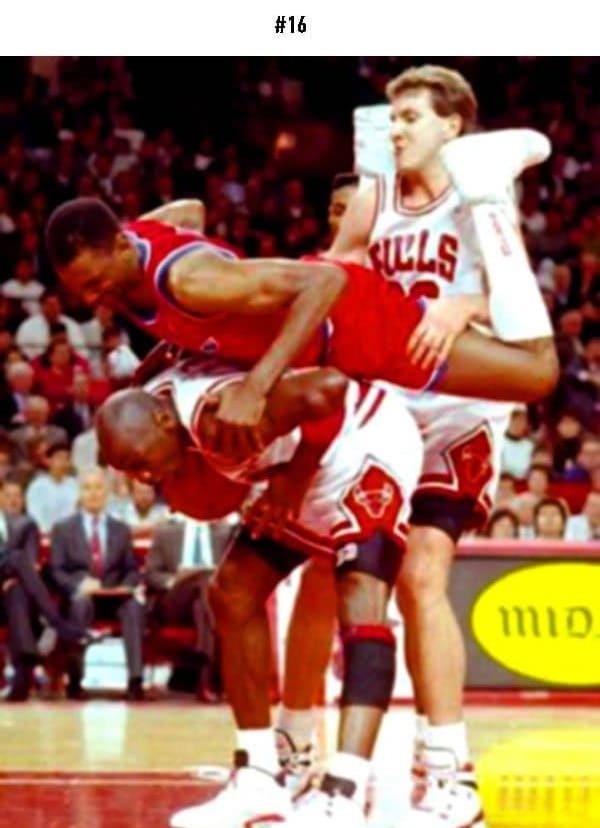 These guys possess some serious flexibility! 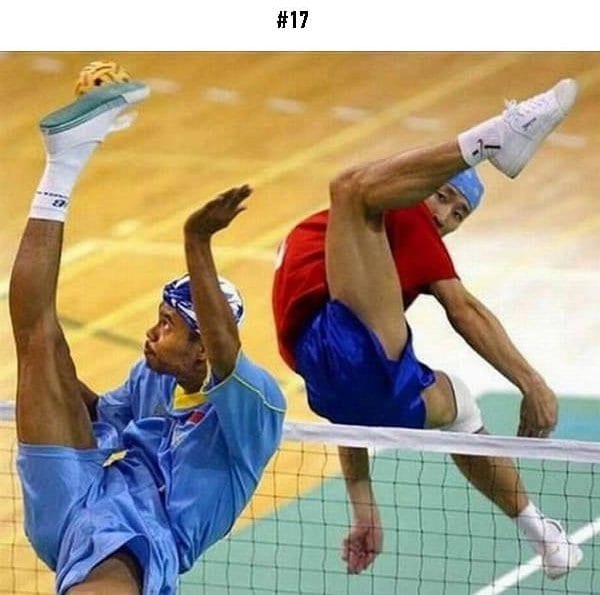 Mascot rivalry is a serious issue! 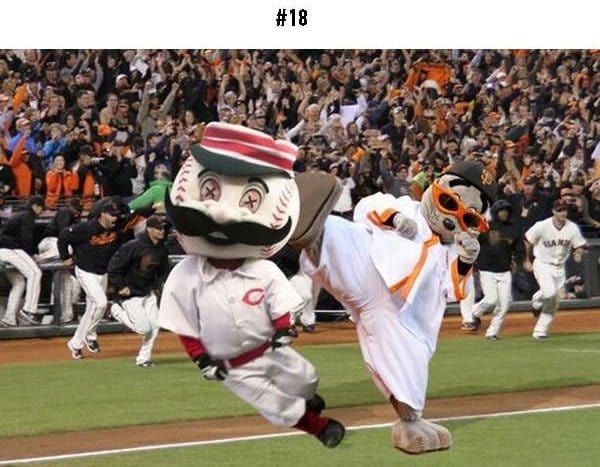 His face says it all really… 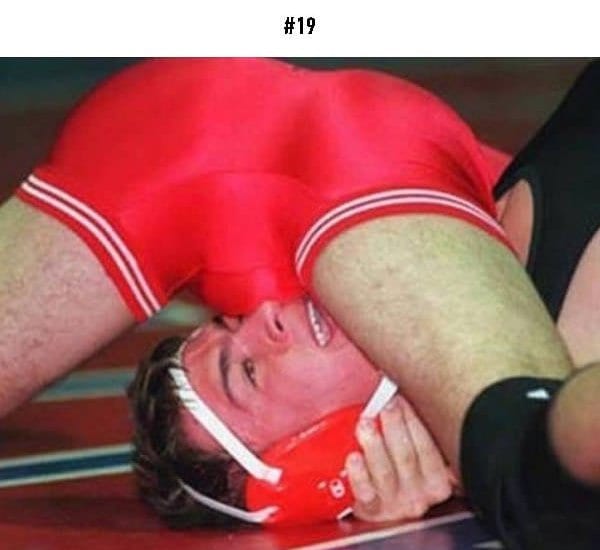 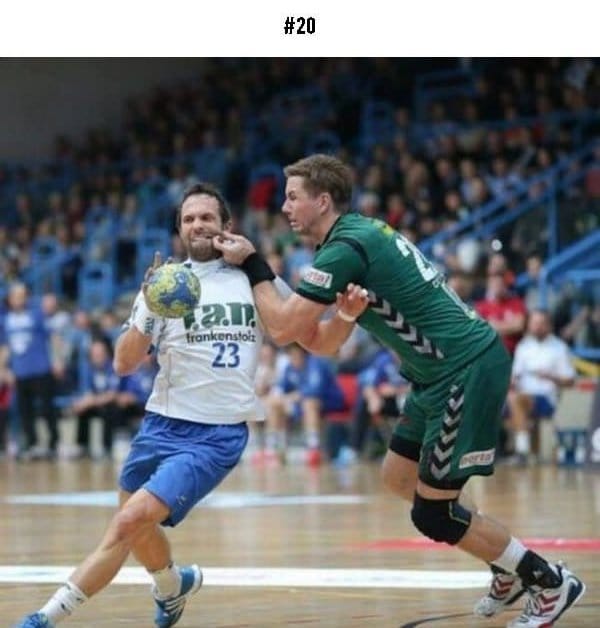 An interesting way to express yourself… 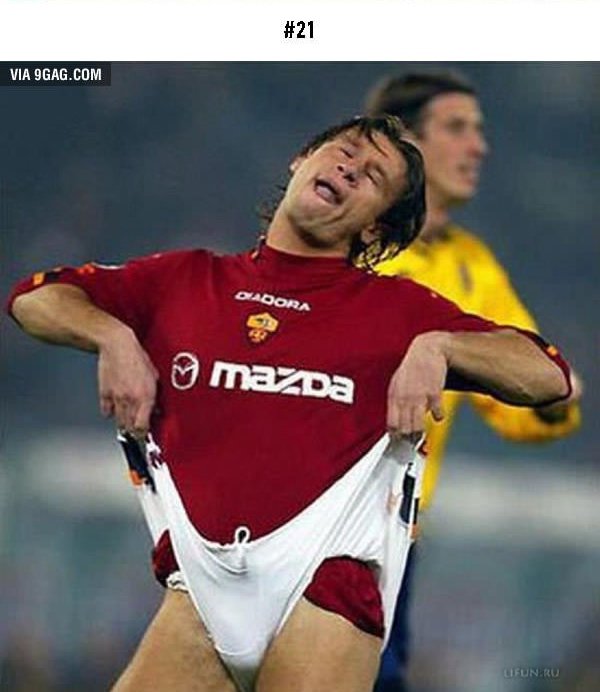 Just thinking about how much this would’ve hurt is making us cringe! 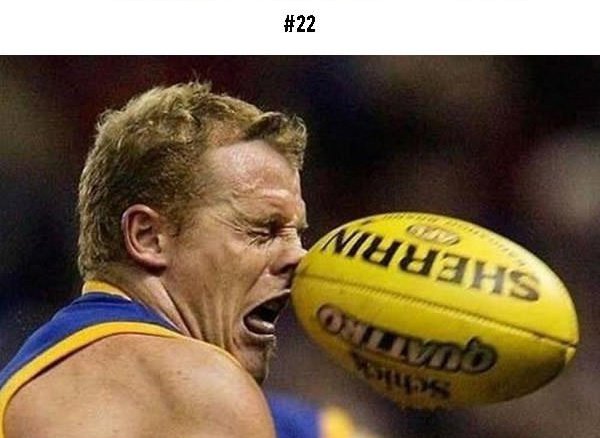 That guy is clearly hungry! Brilliant! 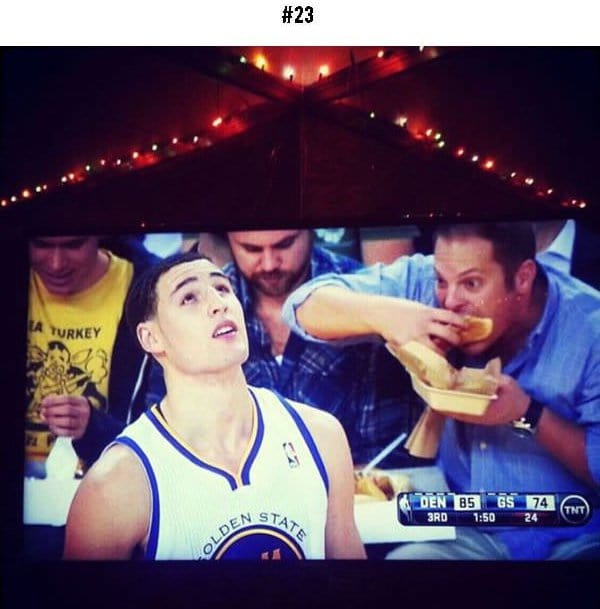